Any set of random numbers that are deprived of their contexts are imbued with meanings.

For example,“1703”, a number which any cybernetic system can use.

Before the renovation of 1703, it used to be an studio of 1703. Afterwards, it became a marital home of someone who has returned from abroad.

If the record of 1703 cannot be categorized by any set of meaningful frameworks, the job of 1703 is to rewrite all these different materials of time using some kind of structures.

Once the rooms of a residential apartment are no longer called living rooms, bedrooms or kitchens but renamed to “studio” instead, it gets difficult when the people in this room have to decide which objects should be kept —— all objects became homogeneous.

The files in the 1703 folder beneath the screen; big and small parts and items moving outside the storage shelves in the studio; They are the necessities to achieve certain results of certain movements during the process, both awaiting a new meaning to eliminate the old ones.

Before the arrival of new meanings, 1703 considers these objects to have no use or exhibit values. Whenever a thought is raised to remove them, a window will pop up in the mind of 1703: “ Are you sure you want to permanently erase the items in the Trash? (You cannot undo this action)” or it can pop up a window like “Some files are in use by certain applications and cannot be deleted.”

A storage in 1703 is filled with this type of things, and 1703 put all of these objects without answers into a box, sealed and labeled it as “materials.” The dry cabinet in the storage even has a few hard drives named “1703” that are full of all the photos and videos related to 1703. All these seemingly important data became the memory managed by the brain of 1703.

Once time is stretched, the new meanings of all the data in the storage and hard drives become an alarm clock that never forgets.

Once, 1703 dreamt of an earthquake. All of the buildings of the gated community fell to the ground. A building scattered like a plate of tempered glass smashed by fierce sunlight. At the beginning, 1703 felt much relieved and was finally able to forget all the objects and data in the storage and the hard drives.

Soon, 1703 realized the actual situation. An artist who works with time would lose the evidence of the existence of 1703 when all of the records of 1703 stored in the hard drives are lost.

If time-based works don’t have any backups……

It’s never wise to playback, since if we were to repeat the past using the time of future as materials, then the two will eventually cancel each other out.

With the presence of special moments one can only use number 1.

Using it as an studio, people in 1703 will have a lot to worry about when they are “not doing the right thing at the right time” —— all actions became suspicious.

In the early morning, the whole residential community that can accommodate 5000 people has fallen into a collective slumber, 6 massive buildings stand together like a city wall next to the turbulent, men-swallowing Qiantang River at a stone throw away. 1703 is at the frontier of this area, the “where at and where to” on the Didi app interface, as well as the start and end of the taxi meter.

Wind is strong at the change of seasons. Six buildings are blown by the heavy wind as if they were some musical instruments, cheap aluminum window frames make a continuous whooshing sound, and airplanes swipe across the sky regularly via the six flight paths high above the roofs, leave behind them the humming that kept circling under the dark electronic clouds.

The ceiling light, spotlight and photographic lamps are all on in 1703, sellotape being torn at a rhythmic pace in an oval course, square course, straight course; The shrill of the tearing tape conducted through reinforced concrete and water pipes, filling the residential building with the resonating shrill that comes from the sellotape being peeled off its body onto the boxes, one layer after another. 1703 is getting ready to move out, while handling the materials in the storage, a video camera is connected to a tv monitor through one output and a computer for data collection through another. Recording the scene in this way, 1703 is able to hear all the delayed and feedback sounds of everything that happened in1703. 1703 likes to modulate the sounds in post production using sound editing software.

If 1703 cannot control the sound volume, then the guys knocking on the door might well be from the local police station of the residential community. 1703 indeed finds it hard to explain to the neighbors and the police as to why it recorded the packing process using a video camera, and by saying “this is a studio” it still won’t get a positive feedback. Standing from the police view point, 1703 looks very suspicious.

This is a large residential community, but 1703 doesn’t have a bed, kitchen, air conditioning, not even a proper curtain. The editing room where the computer, speakers and hard drives are kept is the only room that has some apparent features. The rest of the room is stacked with big and small items, and another room is stacked with boxes with “materials” labels on them.

That night, the policemen on duty ordered 1703 to clear up its space after an assessment of fire hazard of the stacked objects in the rooms.

The other artists living in the residential community moved out one after another.

To save breath, 1703 replied each “what are you doing” interrogators from other systems’ with a statement that 1703 is a Taobao studio, which was mainly trying to help them understand the items and boxes all over the floor.1703 became a cant, an action code, and a source of increasing suspicion in 1703’s own heart.

4 years ago, an apartment showed up in the information of a rental agent : “Goya Apartments, 5-1-1703, 130㎡, unfurnished, In-lease. No kitchen, accommodation, refurbishing are allowed.” 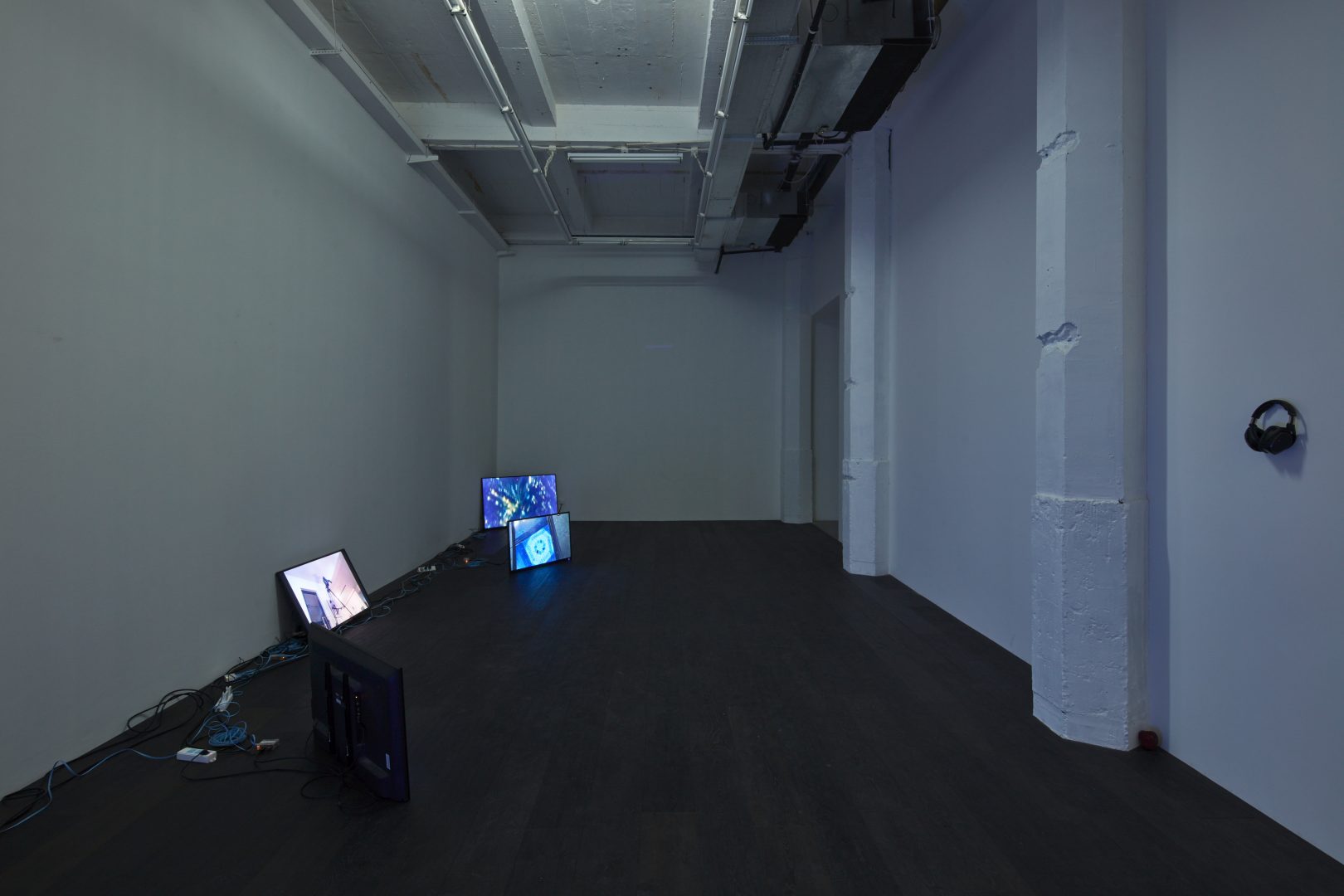 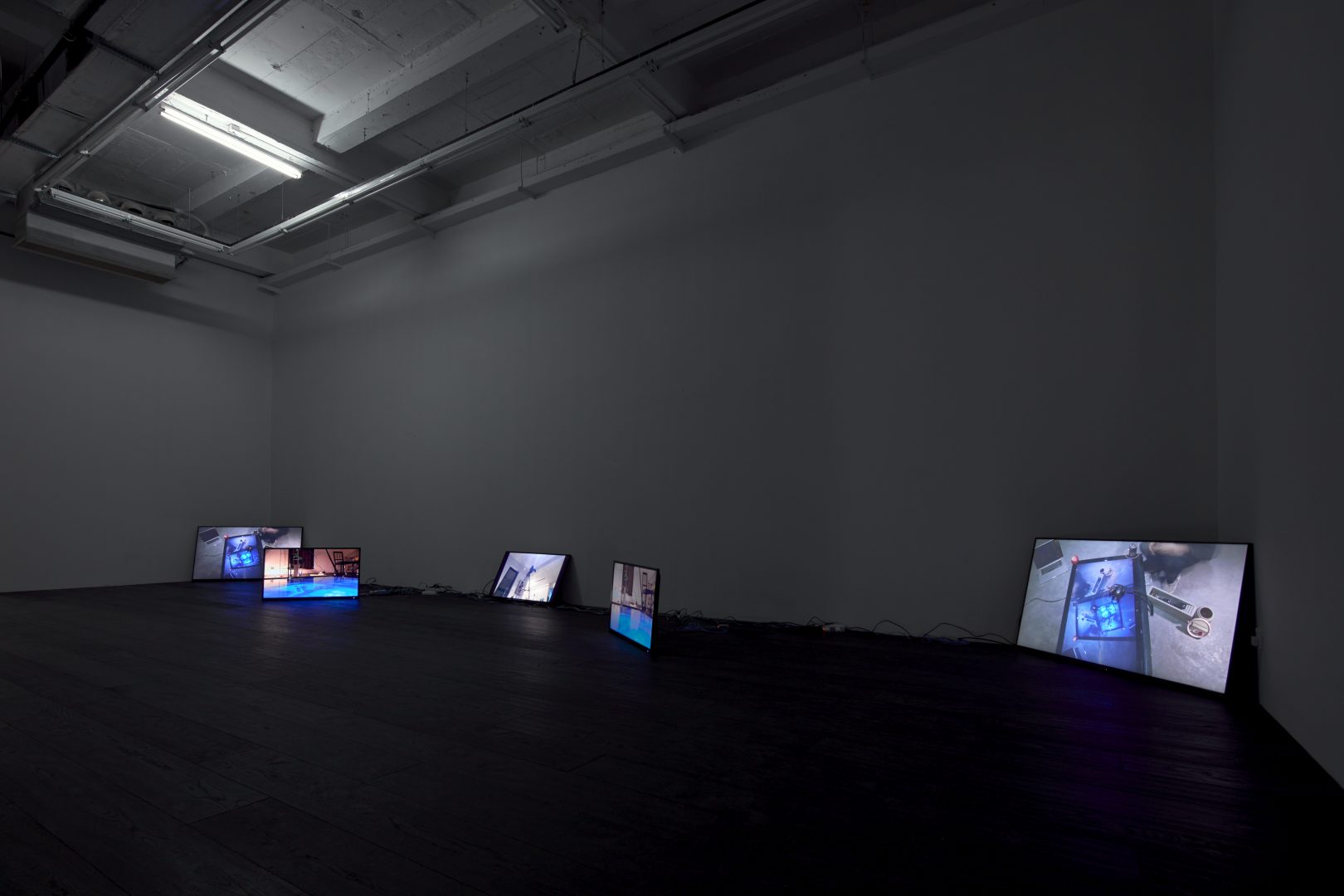 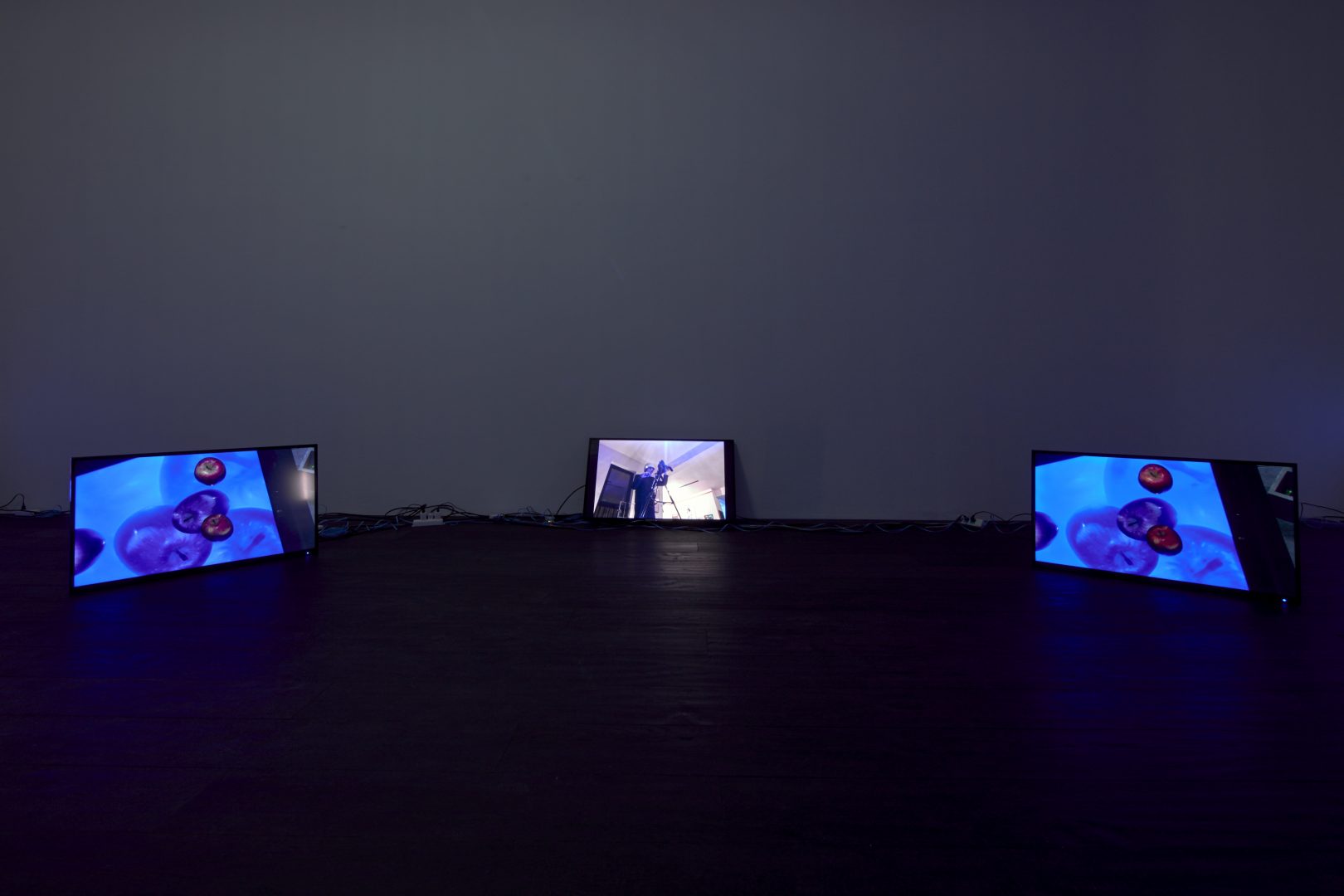 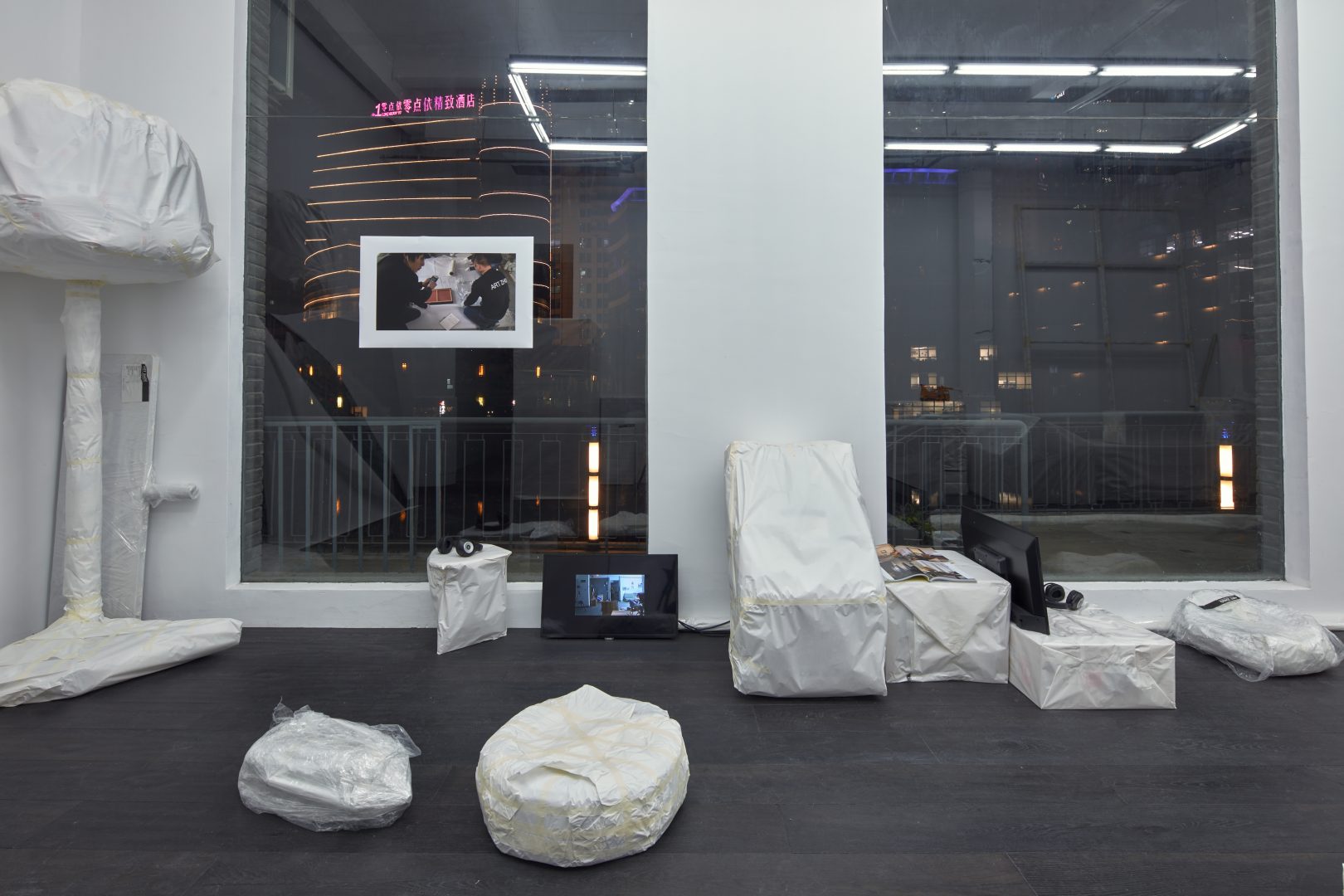