In Guan Xiao’s solo exhibition entitled 8 Stories held at the Antenna Space, the artist employs characters with mere identities, undefinable appearances and exhaustive rhetorics to decorate a balanced state free of conflicts. In terms of image references and textual descriptions of the works, movies, paintings, literature, symbols, customs, fairy tales, the everyday, all have provided inspirations to the visuality and content of the works, while industrial, handcrafted, readymade and natural objects constitute the final aesthetics of the works in terms of material and form.

All kinds of elements roll towards the exhibition space like coal balls for the sake of an abstract metric. None of these elements is more important than the others, and there isn’t a first or a last one in them; There’s no dualism or separation, nor dominance or subordination. The artist breaks down these elements using a homogeneous force and piece them together using the same uniform force to let them inhabit one object, one room peacefully, just like the quotidian state of existence of these objects in a flattened and homogenised context. If something is tender, then harden it with materials; if something is beautiful, then dress it down with kitsch; if something is real, then make it fictive through artificiality; if something is flat, then texturise it with craftsmanship; if something is natural, then make it industrial using technology; if something is concrete, then give it abstraction by removing it from its original contexts……heterogenous, then cancel its incongruence with rhetorics, in order to achieve a balanced state free of conflicts.

In the exhibition, the group of human form sculptures titled with different identities is the continuation of the artist’s monolith sculptures. They are all homogenised and free of conflicts regardless of materials, making or image, striving to become identical as a common devisor from the whole. They are three-dimensional collages in a post-image age as well as anthropomorphic totems of early modernism; they not only follow the logic of sculpture but also possess an aura of the readymade; they are presented as concrete individual human forms and defined as an abstract collective identity at the meantime. They are the protagonists of the exhibition narrative yet remain anonymous to let social identities enter the stage and replace the biological individual—— eight individuals (or rather “characters”, “identities”) with no name but only identities (or they should rather be called “types” or “categories”). Names are obliged to recount stories, while identities need merely common sense, a standard explanation conceived by social context or cultural framework through descriptive words. The artist transforms homogenised states of existence into average visual rhetorics——the components of these sculptures adhere to one another while also appear to be coming apart, each leaving for their own destiny; they present an uncanny strangeness, yet indeed trying to configure the same symbol; they stand upright noticeably upon themselves, while sharing a visual and textual similarity; they are eight separate individuals and a collective of eight identities in the meantime; they are united under the same social system as a collective with their entirely different social roles. But they never are any kind of effect or spectacle, because the artist didn’t stack these elements up or polish them to form a perfect whole, instead, she is engaged in a kind of rhetoric for them to stay in the same room, to present some kind of seeming correctness conjured by an egalitarian logic —— because this kind of correctness is based on an entirely different yet generally similar illusion resulted by a collectivised existence.

If the flattened rhetoric has resulted in the kind of disappearance of the individual and an obscured, totalised and identified collective narrative, then what the LULU BIRD and palette exhibited in this exhibition bring is an undefinability of appearances and identities themselves. Is the LULU BIRD a person that looks like these human form sculptures, or a sculpture in the shape of a hat? Is the palette really a painting, or a sculpture or object made up of paint and palette? Is LULU BIRD a character or an event? Is the palette an inspiration about the impressionist paintings or a contemporary variation of the abstract and minimal?

The palette may be regarded as an illustration of the aesthetic rhetoric of this exhibition —— the artist replaced spray painting with hand drawing to make the instrument of paint become a painting, just like the average rhetoric gives this exhibition a particular appearance.

These works are exhaustive in their rhetorics, because none of these elements is obedient, and yet they are mixed together by the artist using all kinds of materials and methods, providing a visually pleasing sensation; this exhibition is as even as possible, because all the conflicts are juxtaposed equally through collage and factual description. This is a rhetoric in a juxtaposing manner in a homogenised world, using individuals with only identities but no names to form an assemblage in the exhibition or social space. It lets all the elements to be present, while taking their presence away in their collective existence. It makes things become everything and nothing; it obscures the nature of things into ambivalence and nihilation; it gears connections towards seamlessness, it also drives connections towards being void. (Text by: Luan Zhichao) 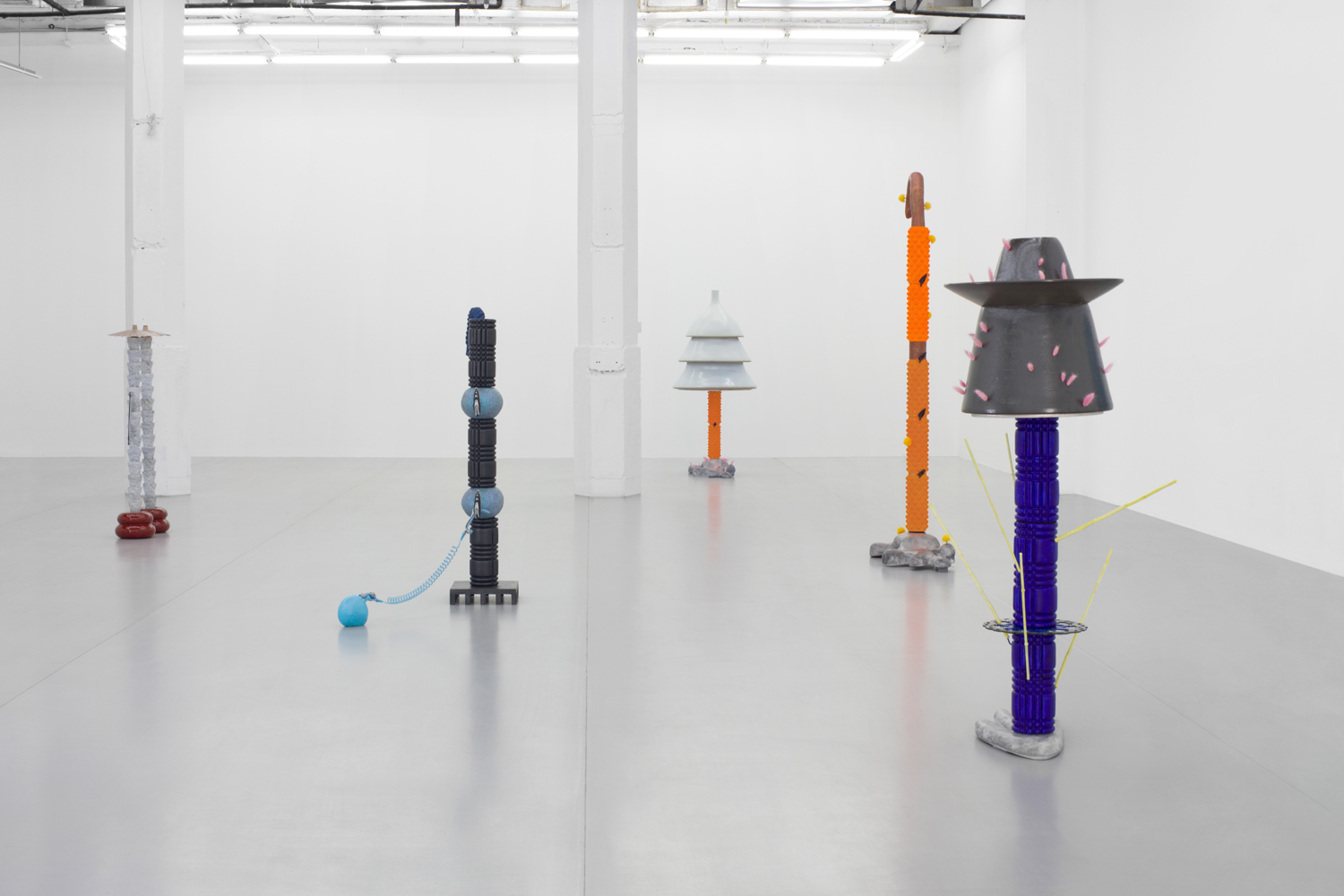 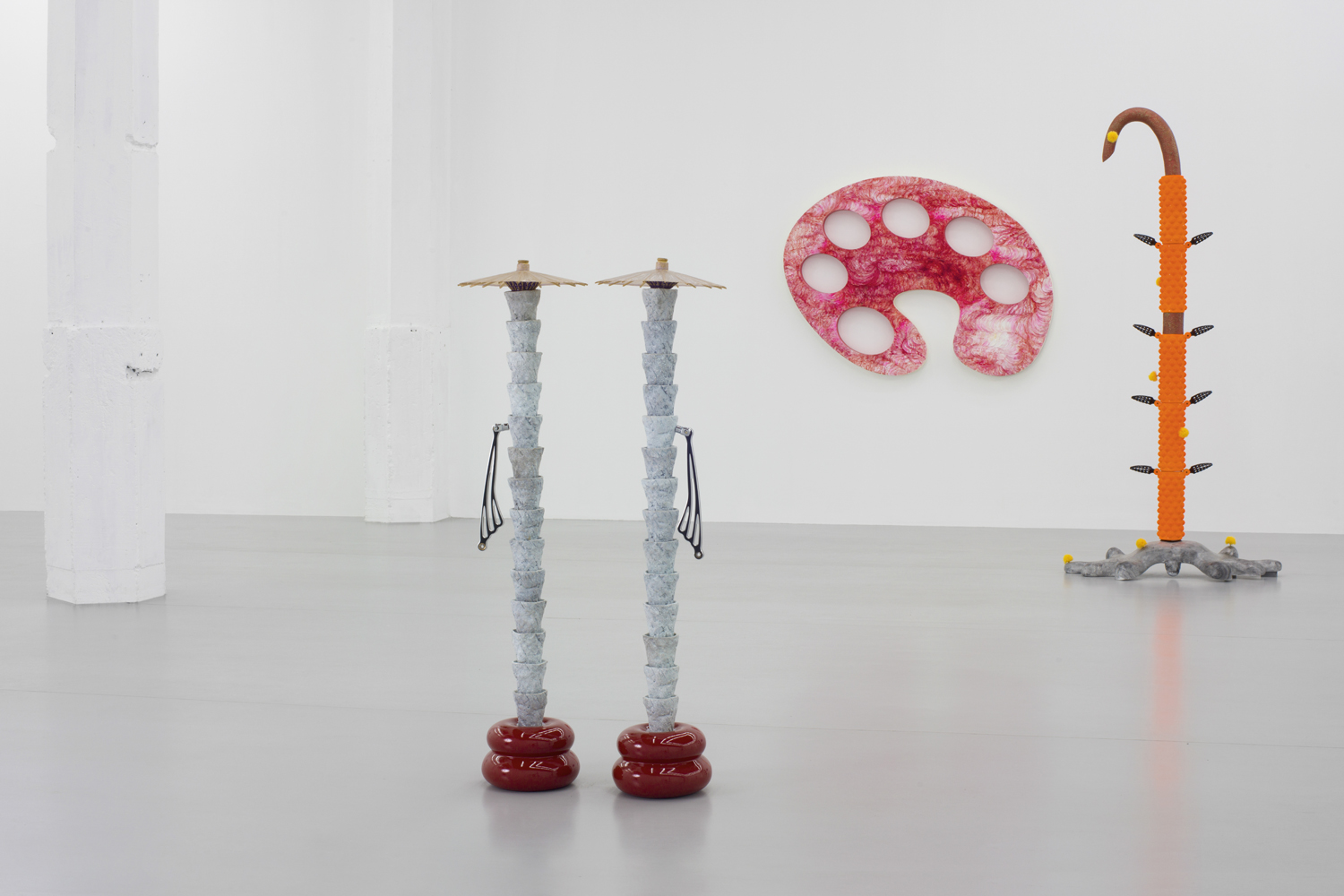 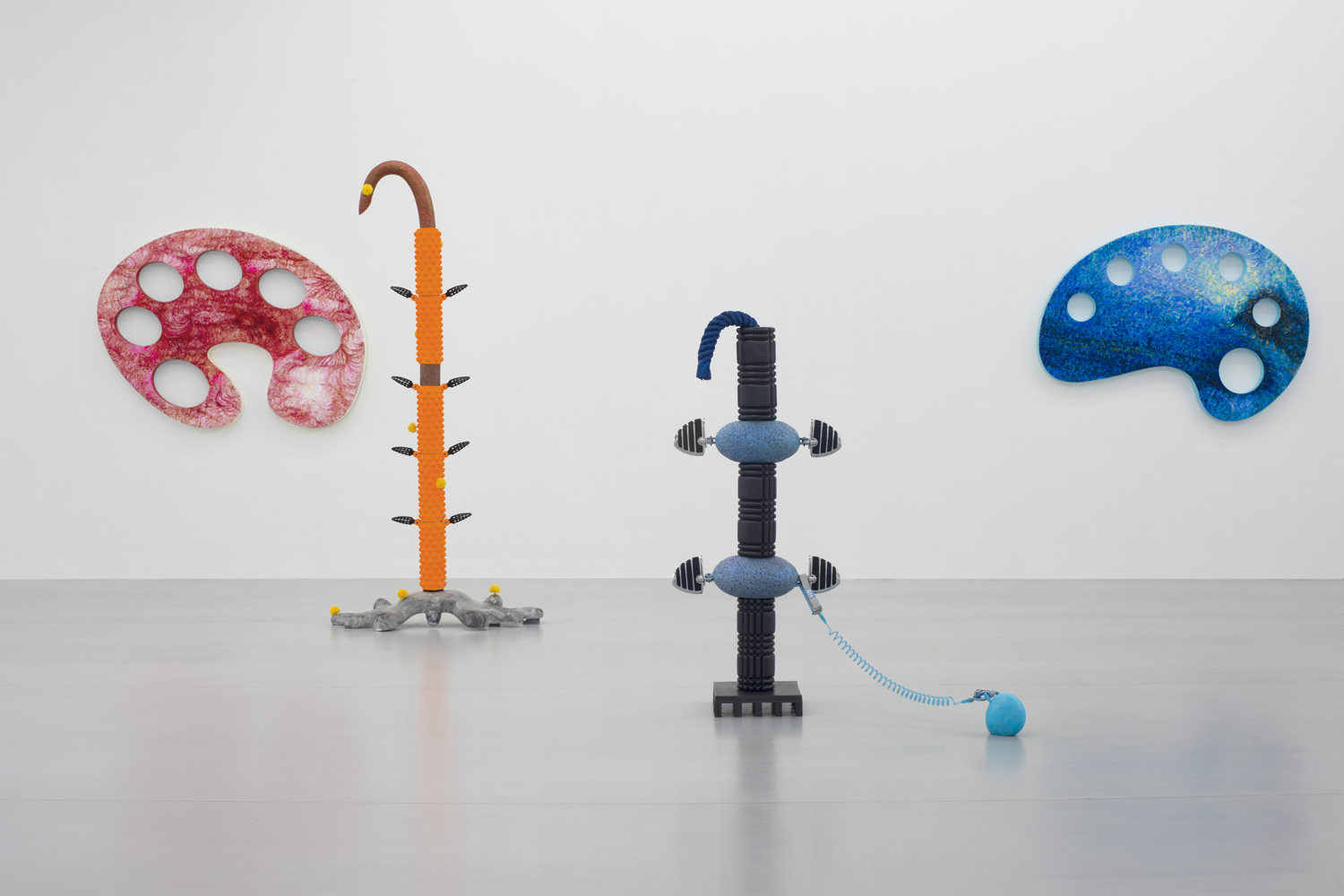 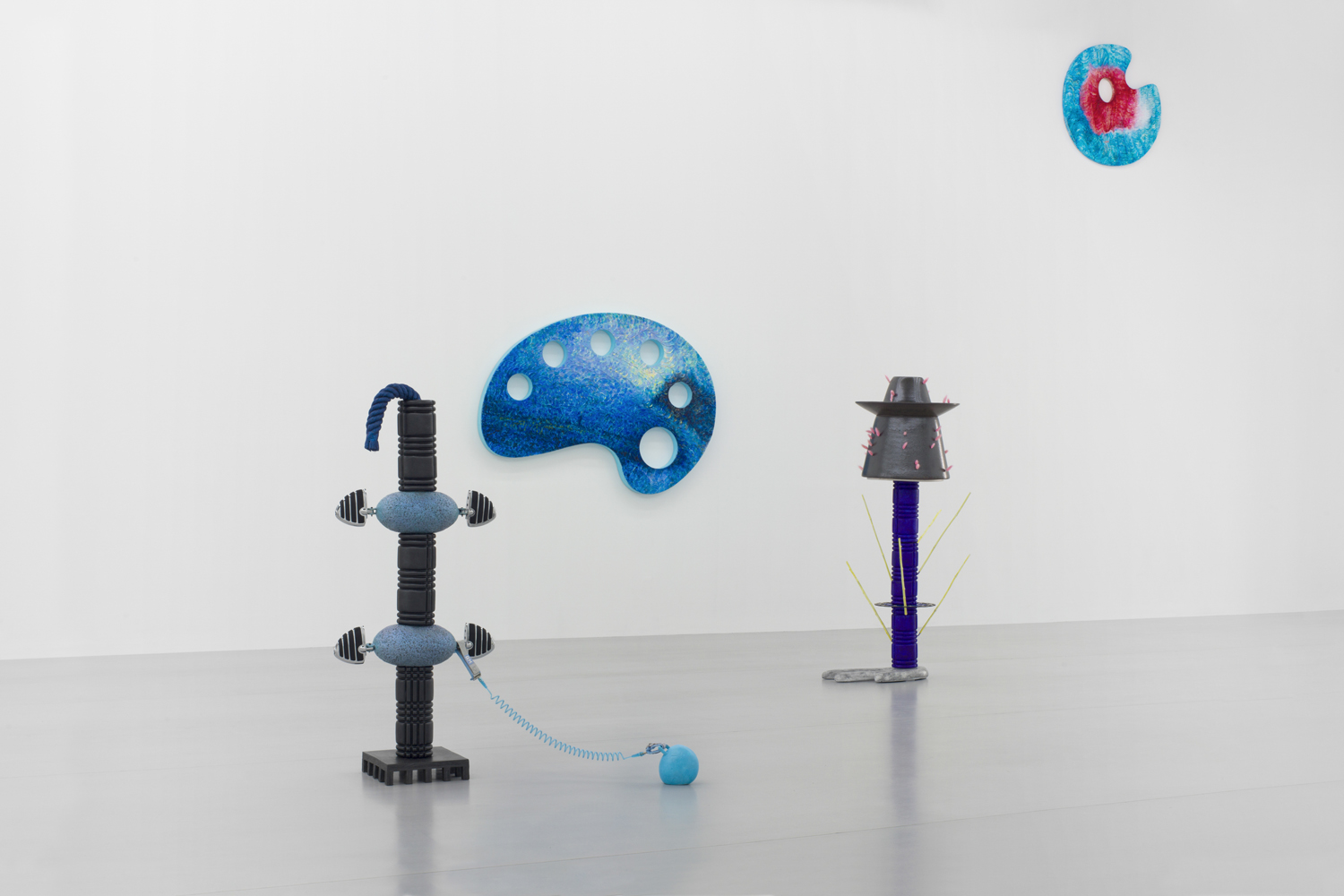 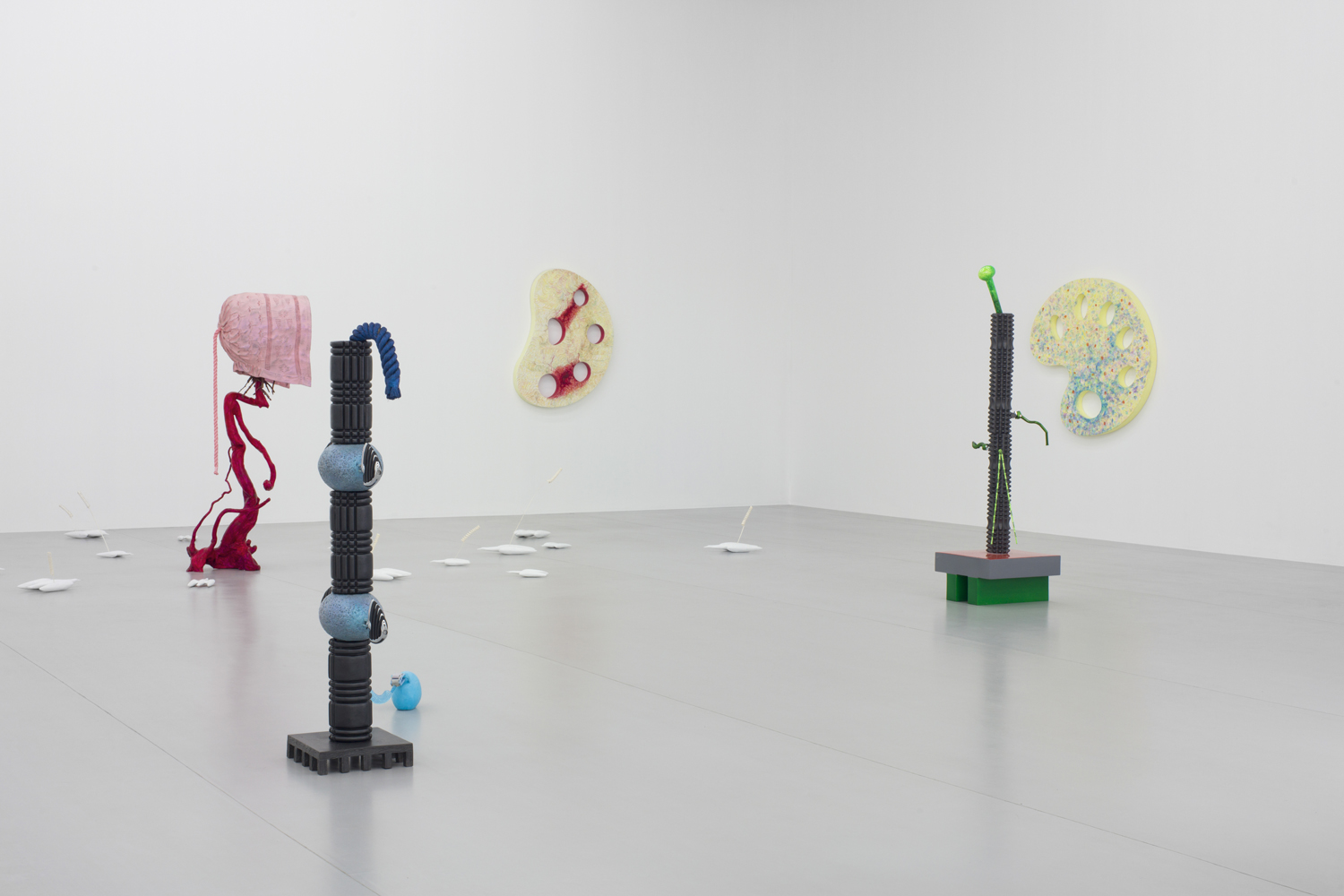 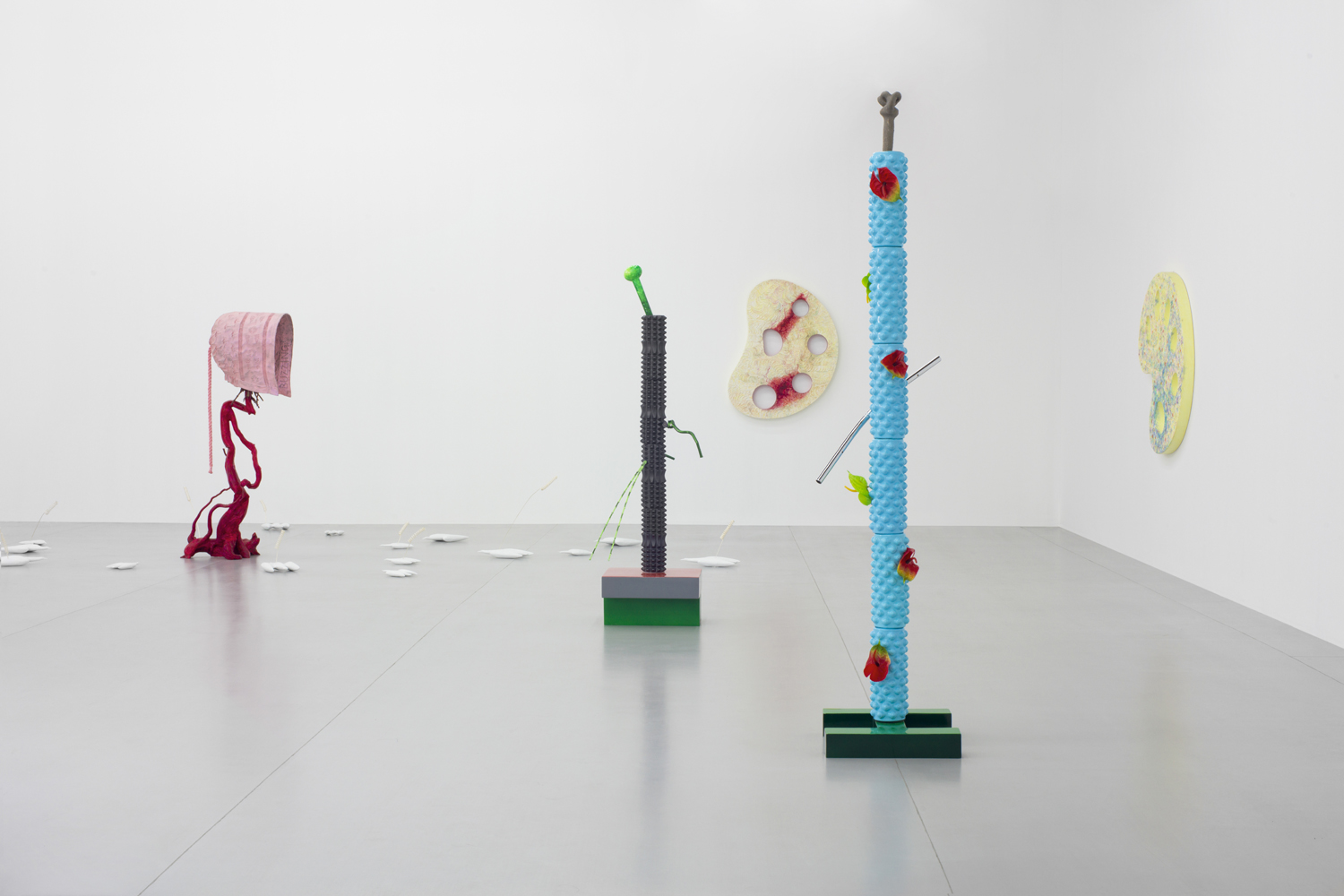 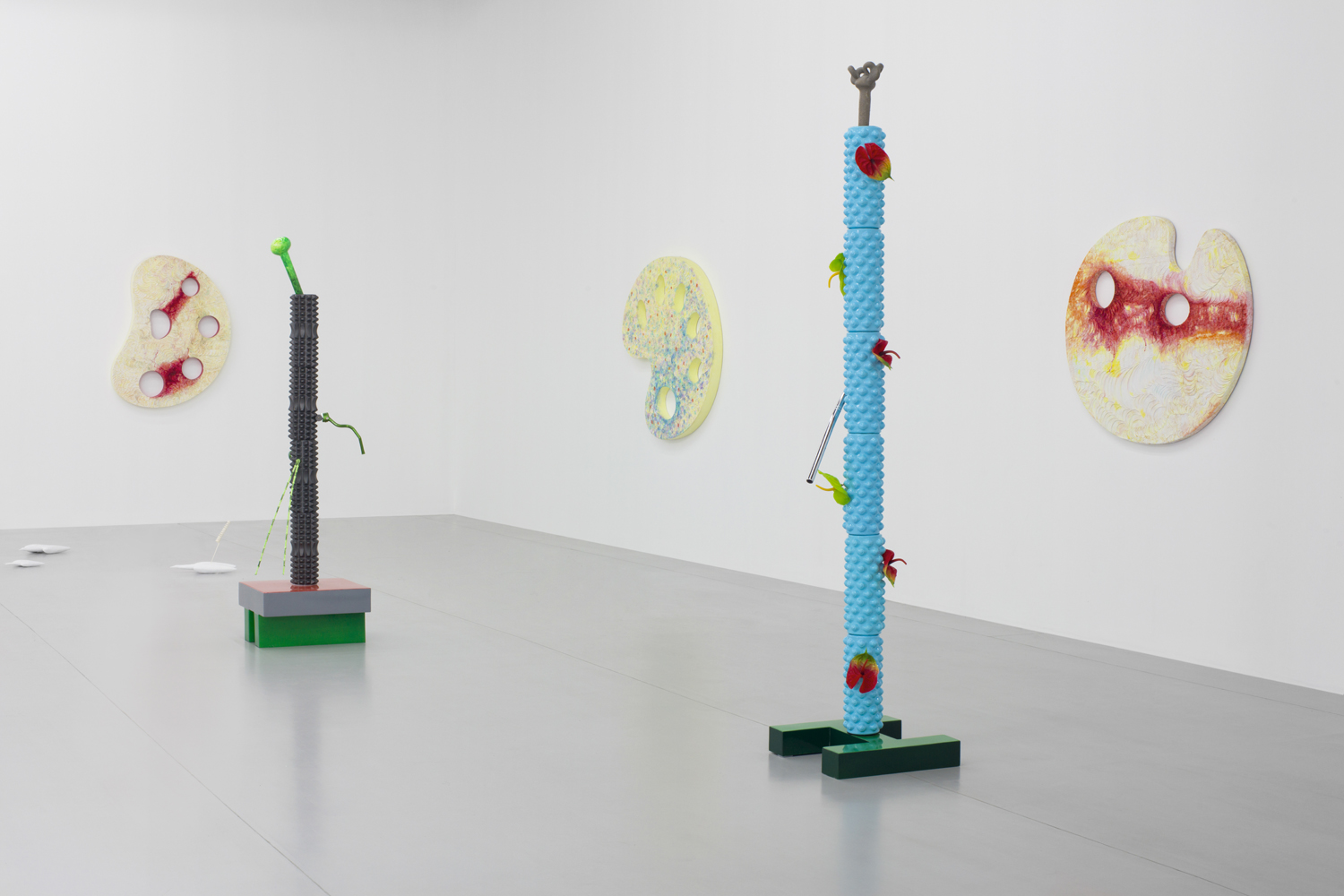