The artistic motive of Guan Xiao revolves around ways of seeing affected by the digital regime of image circulation. Through which, she endeavors to expand the cognitive and aesthetic horizon of identity politics via her installation and video works. In Guan’s first solo exhibition in the Antenna Space, Basic Logic showcases works made in recent two years, including six brand new sculptures and installations, as well as a premiere of her two latest video works in mainland China.

Upon entering the gallery space, the spectators will find themselves in an allure distinctively spiral, and rhythmic, put in place by Hidden Track and Action. The videos utilize the downloaded clips from various sources, choreographing the images of music players, sculptural portraits, animals and outdoor sceneries according to their shared implicit cadence.

A new set of installations, entitled Documentary: From National Geographic to BBC is located at the center of the space. Behind it, the 4S Prequel, which was engendered from a similar line of thoughts. (In colloquial Chinese, 4S shop refers to the authorized car shops.) They oversee the exhibition against their camouflaged screens. The screens serve in her oeuvre as a symbolic tool for the use of anti-identification. It is also as a fashionable icon deployed as backdrop for her absurd sculptures that collages carved roots with various found objects. With a sense of anachronism, the artist has adapted this traditional Chinese root carving into her conceptual framework. To practice such a contextual reference, Guan finds herself often shaping her art according to the texture of the source material. This equivalency between the subject and the object has also guided her, and expanded into the works such as Din Din Jaarhh and Blue Frog. 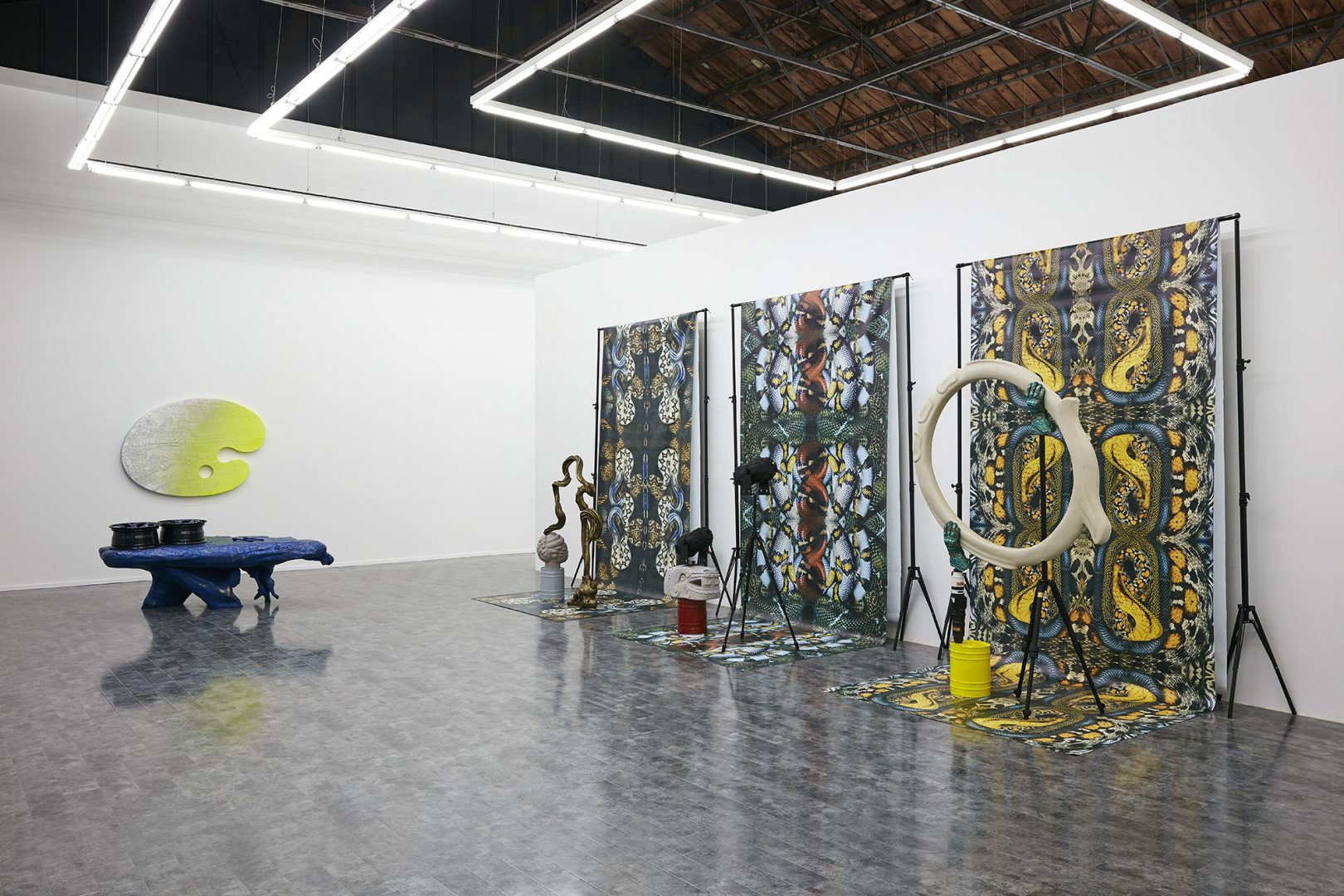 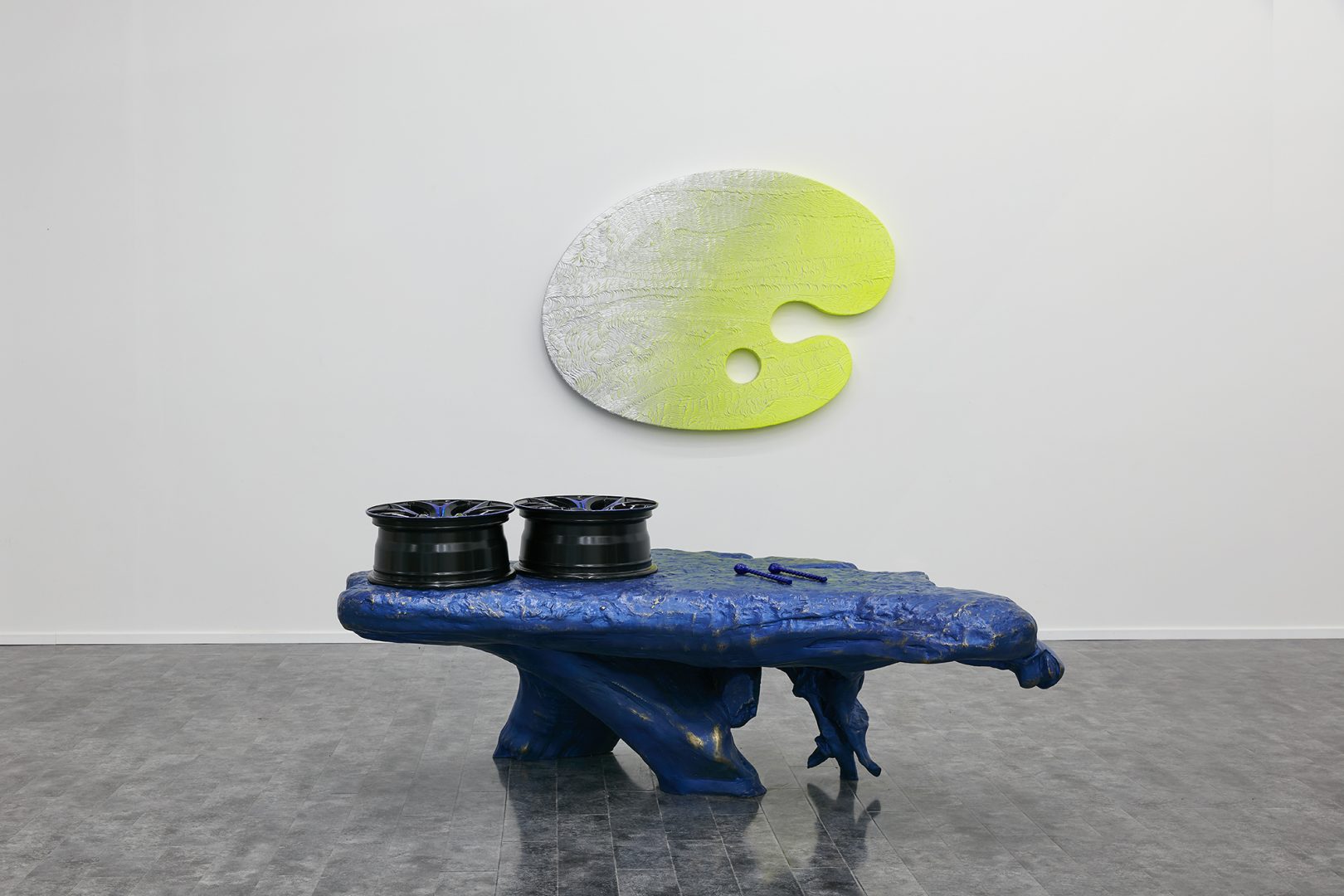 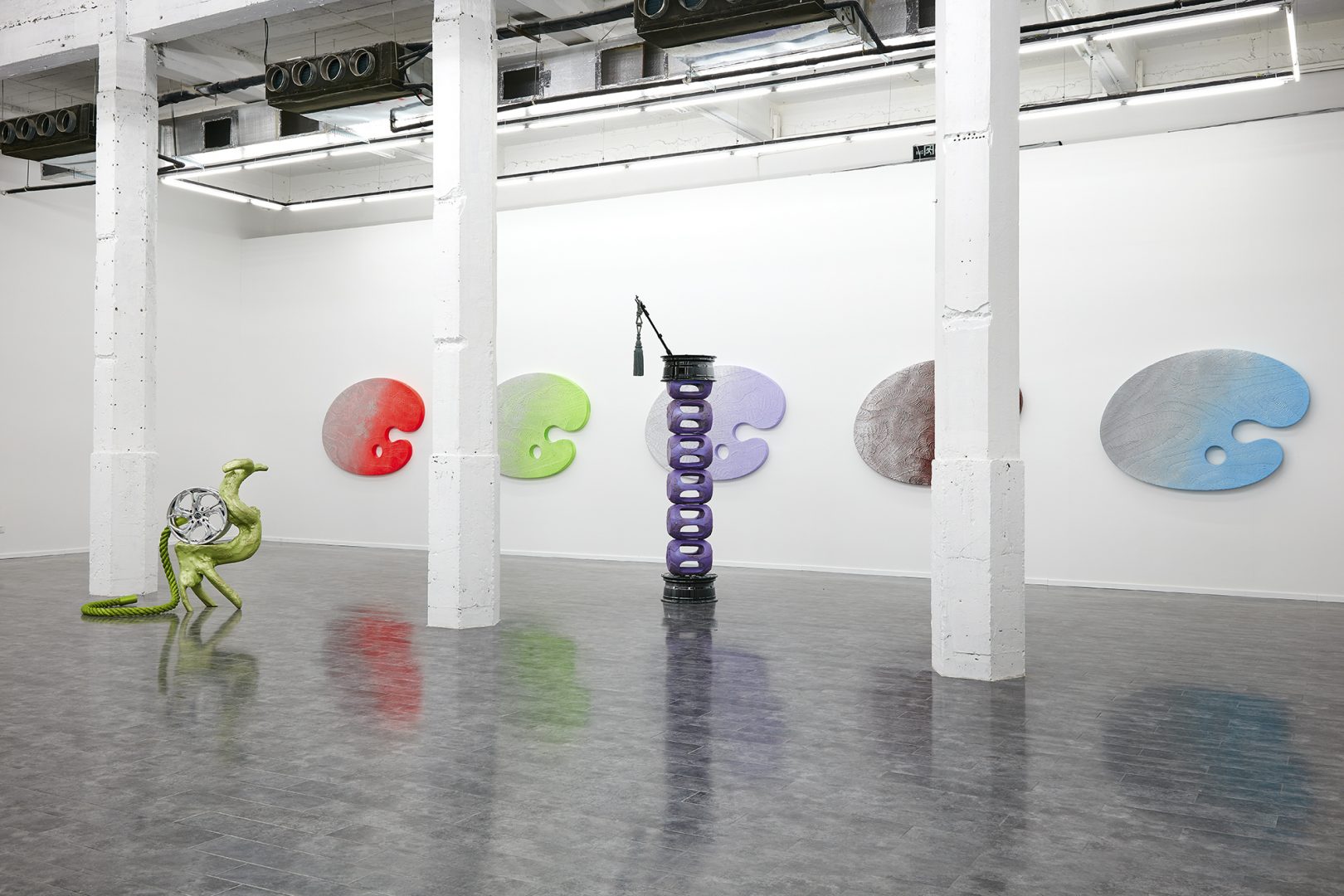