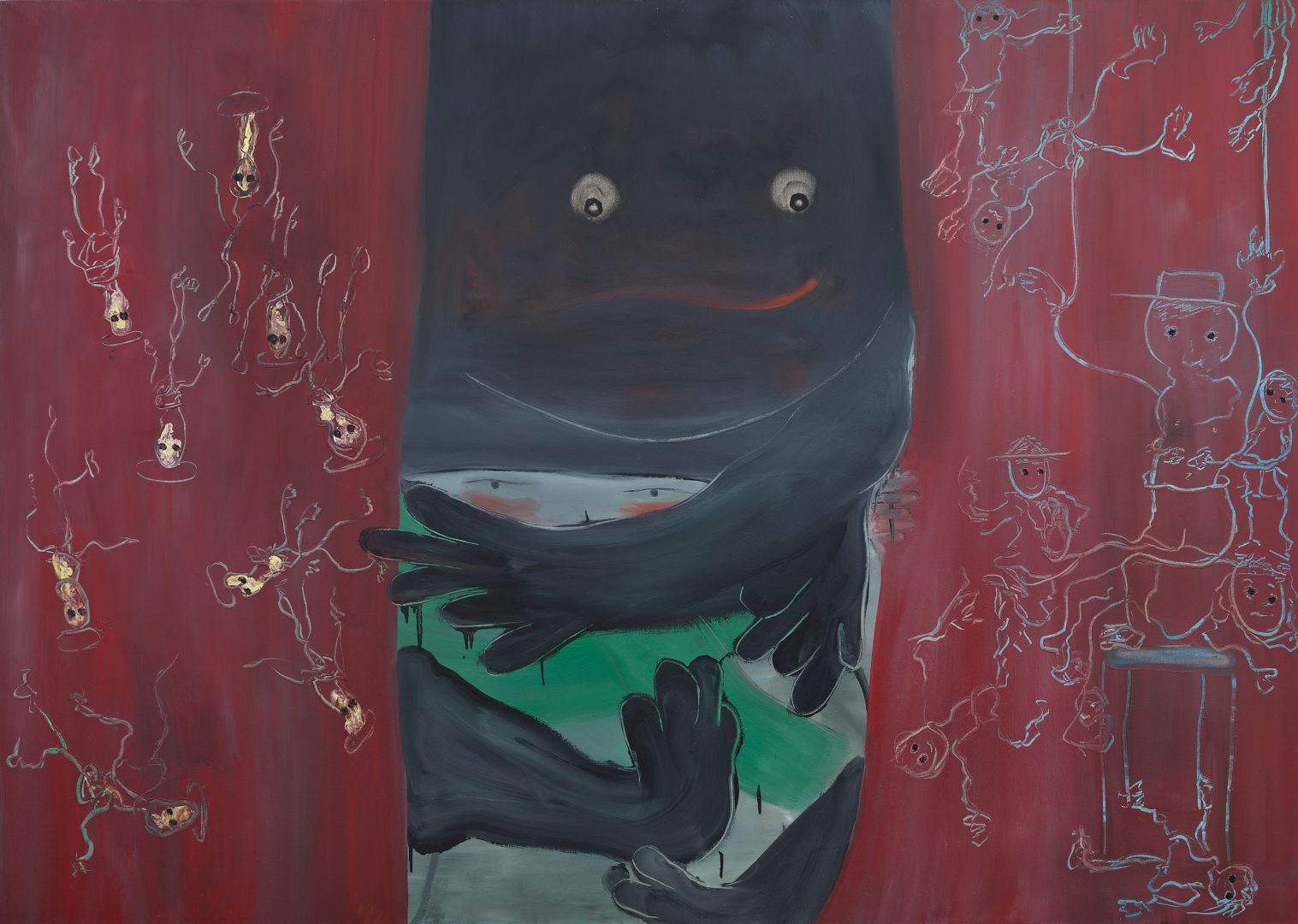 Antenna Space is delighted to present artist Owen Fu’s solo exhibition Stealing Beauty. The exhibition will be opened on July 13, 2022 and will last until September 12, 2022.

Feelings aren’t facts, and it’s an artist’s weird vocation to insist otherwise. Owen Fu’s new series starts here: Yes, my feelings are facts. Insofar as my paintings exist, and evoke some shade of emotion, they are my feelings, they are facts to me and now to maybe you. Reified feeling. Feelings are like weather, they change, they pass—the symbols we have for them don’t cover the apse-like awe of their extent.

Owen’s paintings take after the four seasons. It’s almost a scientific idea. Two curved axes of growing-to-dying and warm-to-cold cross at the vernal and autumnal equinoxes. Add to this the third axis of day-to-night and you have eight possible atmospheric metaphors for internal weather. A dour, dingy snowman smeared across a black ground, decked like a Christmas tree; a piece of yarn pulled from a wool sweater curling into a pile of dry leaves. One painting shows the moon, another the sun. Humble-lofty; winter-summer/fall-spring; night-day; happy-sad. But the program quickly breaks down. A sapphire-eyed figure, slipping through an open window, grips the moon like a ball; the sun is a bare bulb on a string, and another figure makes shadow puppets in its rays. Dusk excites a desk lamp, a ceiling fixture sulks at dawn. Owen blooms in the night, cringes through the day.

The paintings are self-portraits. But the most prominent figures in these pictures are not necessarily the artist. Or, they are—but so are the steaming teacup-ghost, the animate hoodie, the ribbon-creatures hanging on a blood-red thread. Faces crop up everywhere in the paintings, the thinnest curl of paint cracks a smile, a rock or bubble grows googly eyes, a drip frowns. The fact is that tiny feeling-signs adhere all over Owen’s loose forms. You won’t notice all of them at first.

Owen’s technique, too, moves from the obvious into the deep, rewards return, as the viewer cycles through the images. A brushy black field resolves into several shades of blue. The texture of a figure’s face or a curtain follows the tooth of the surface. Owen’s use of rabbit-size glued linen or gessoed canvas evokes the close, clotted feeling of bare skin versus the sweeping, theatrical gestures of heavy drapes. Of course, Spring has phases and flavors, trees and flowers work at different paces, rain and shine take their time. Not everyone likes the Spring.

A literal thread runs throughout, making connections—suturing, sewing—drawing the eye. The thread also animates the work, like one long stroke of Owen’s brush. It does so the way wires animate a marionette: at the cost of their freedom. Then again, even if the paintings surrender control, without an artist at their strings, they’d be free to—do what, exactly? Lie there in a pile. The animacy of Owen’s paintings is also a paradox, since, even if a painting makes a feeling a fact, one painted instant can’t capture its painter. The mood has already shifted. They are self-portraits, multiplying, raining down, but there is no one at the strings. Or, at least the person who set the gesture going has changed.

“How do you feel?” It’s an abstract question. “Do you feel?” Maybe not. “How?” How, indeed. I ask that of myself. “You”? Who is that? Do you mean “me”? And if so, who is that? The contemplative aura of Owen’s paintings in this setting hangs on the little click of a lamp being oscillated on to off to on, offered to the heavens in a church designed in Sketch-Up. A third lamp painting is my favorite, but it isn’t in this show. It’s the artist’s favorite, too, and they’re keeping it. 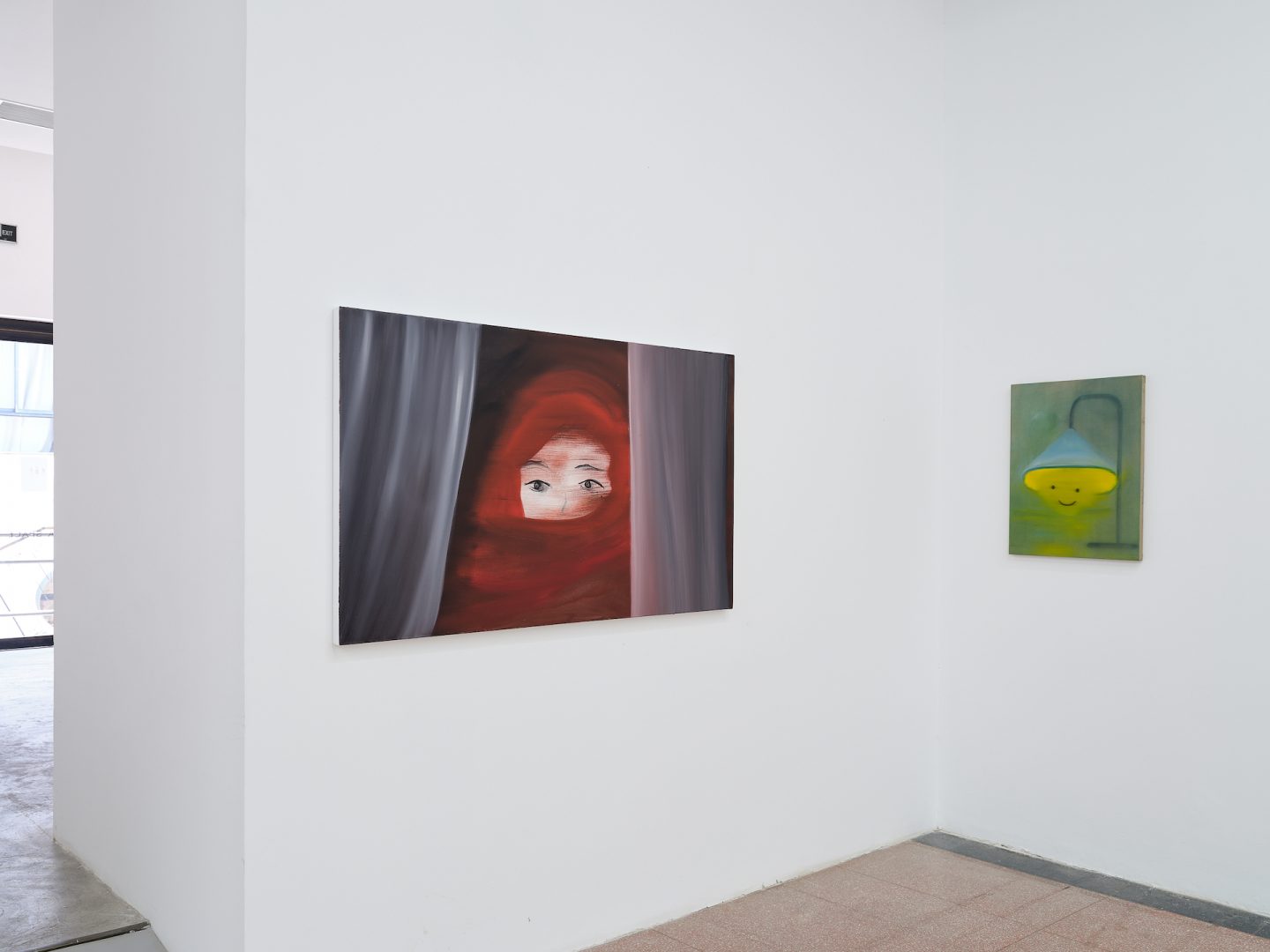 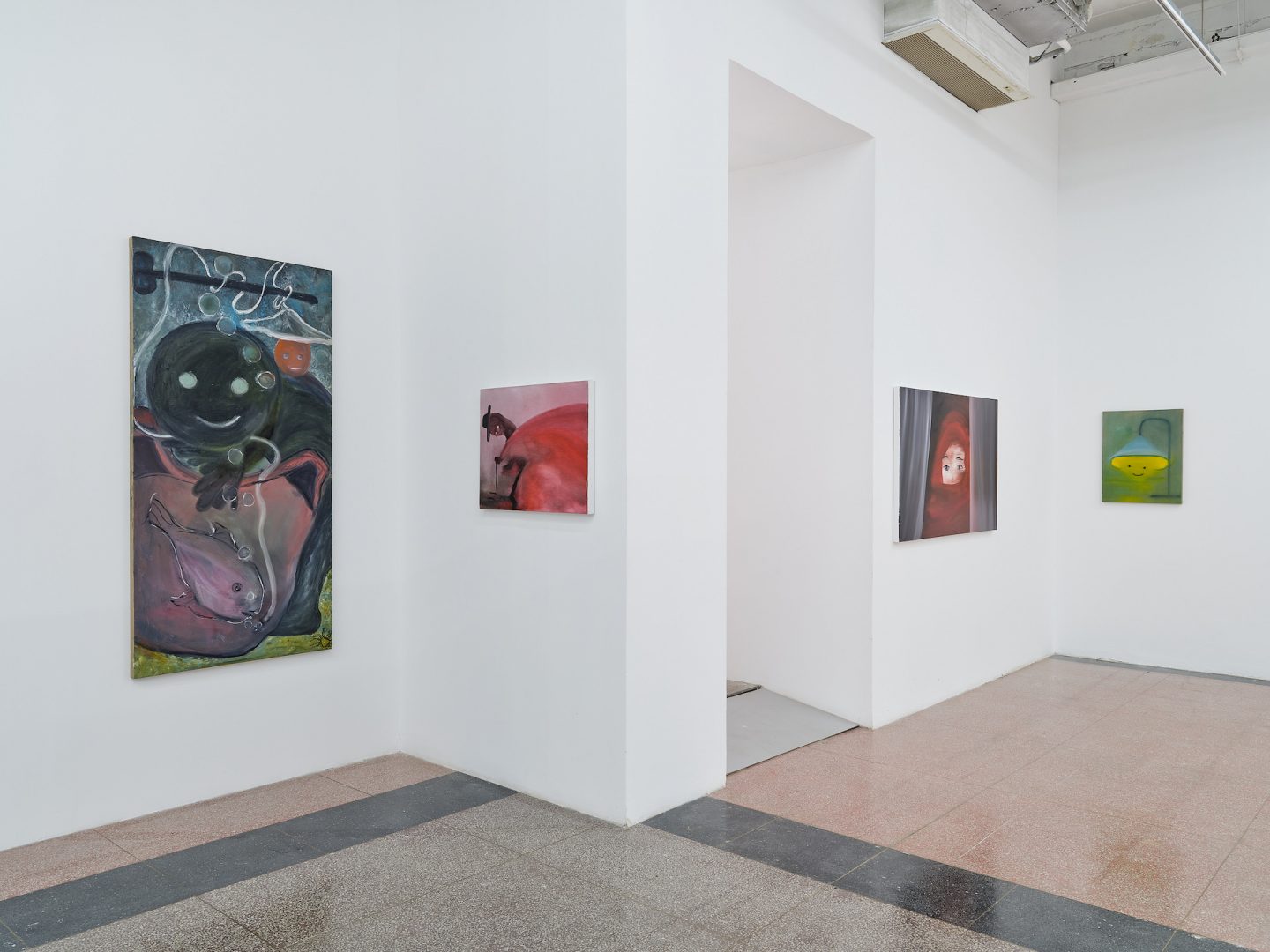 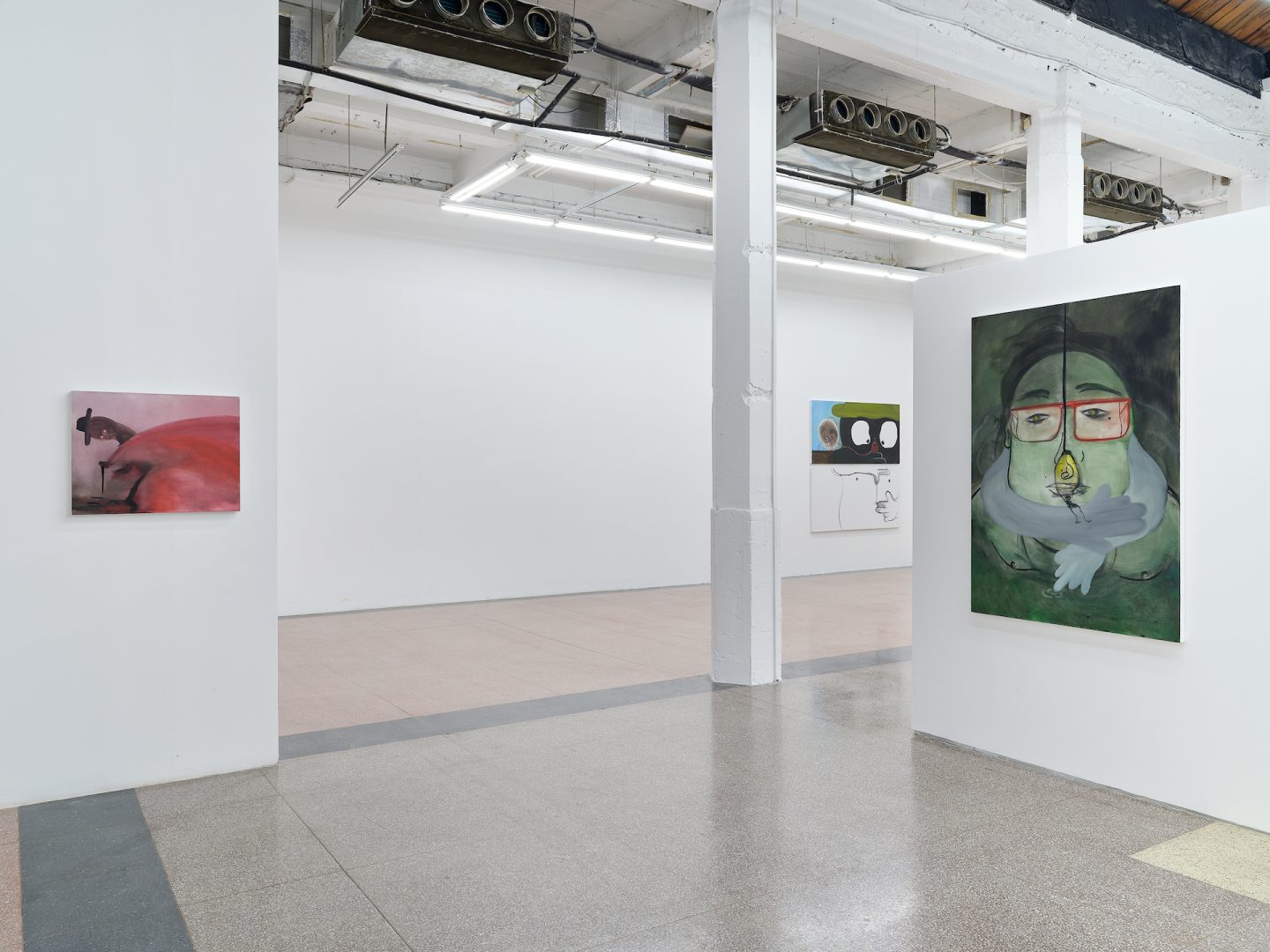 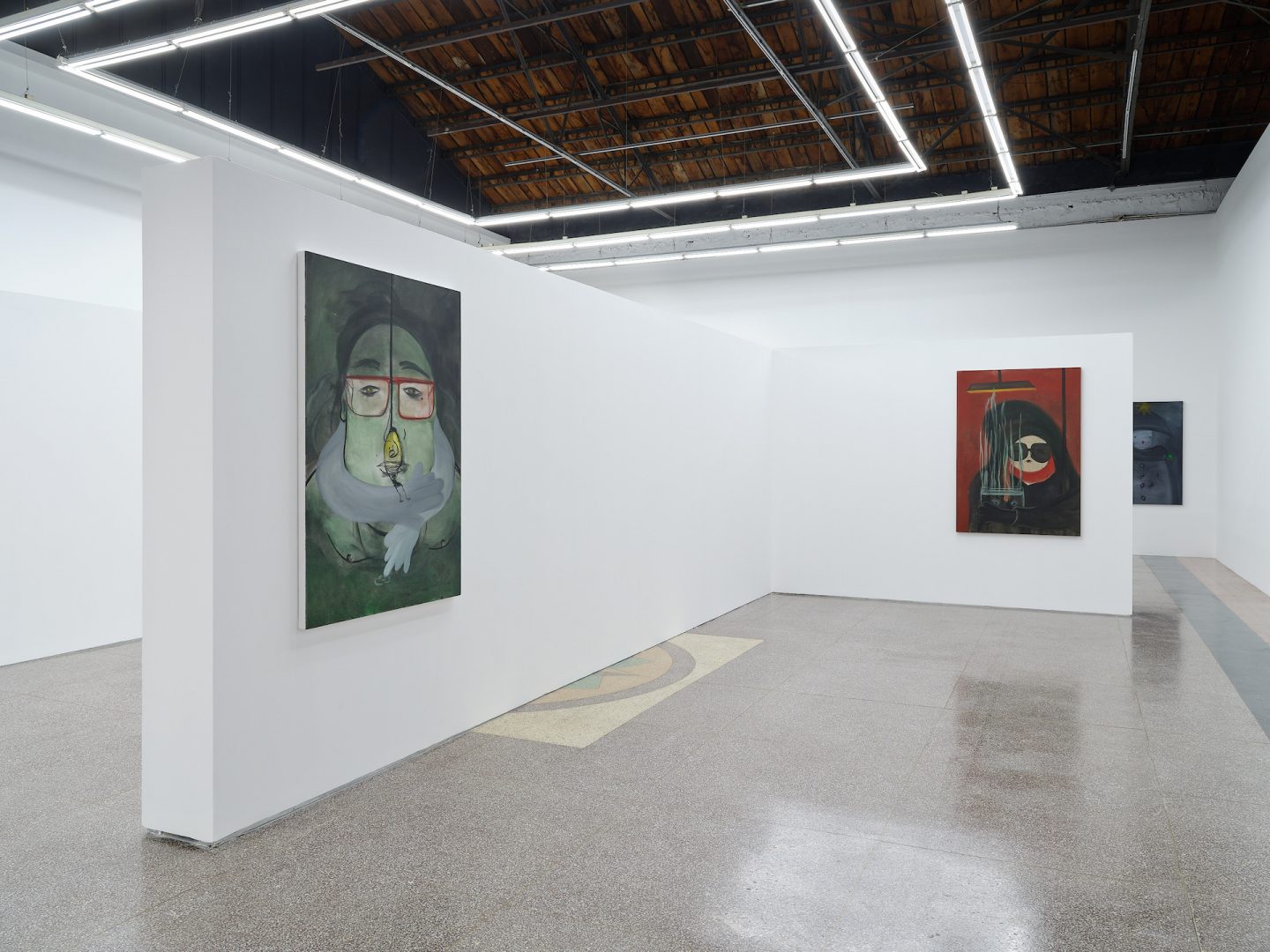 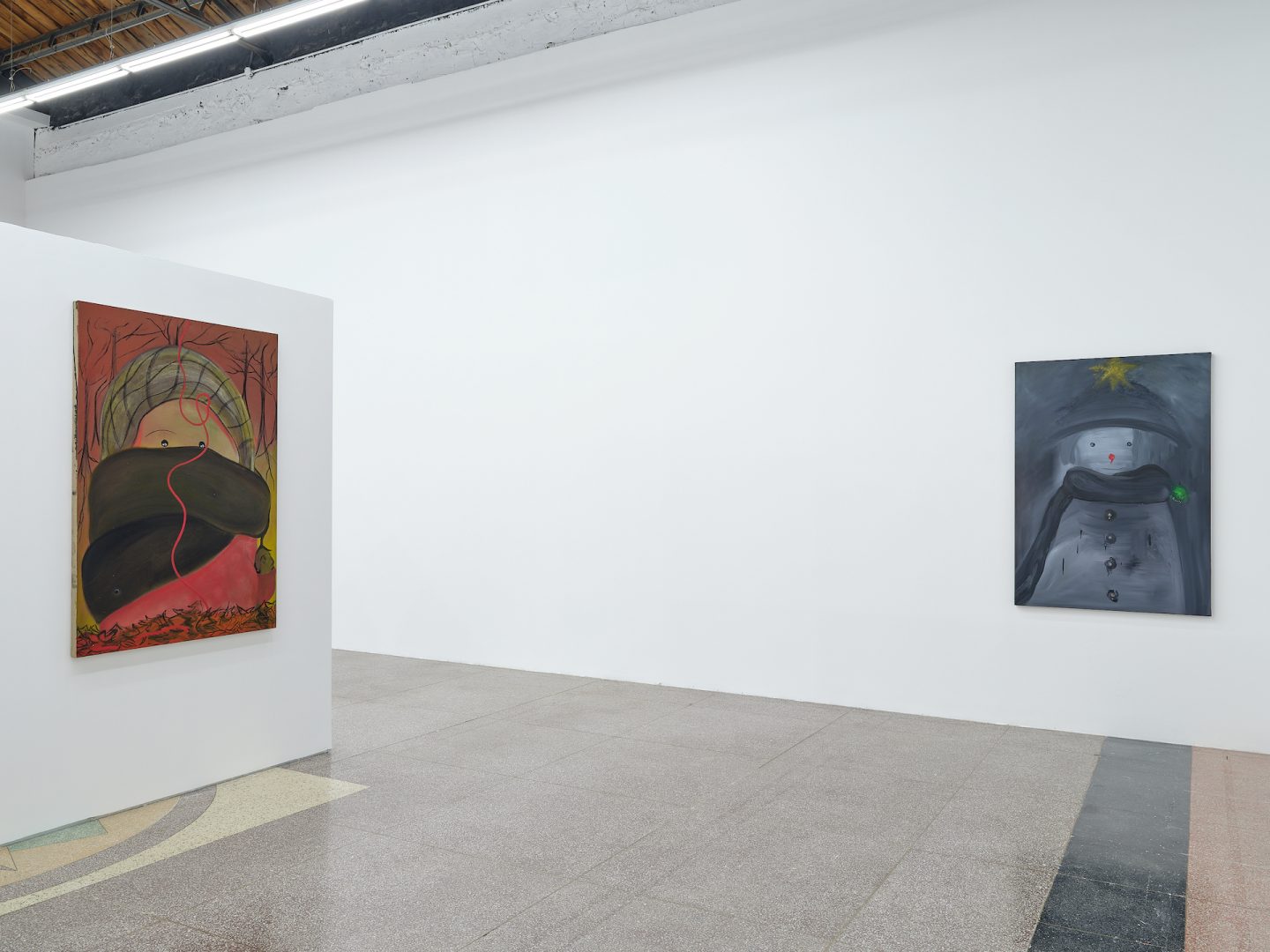 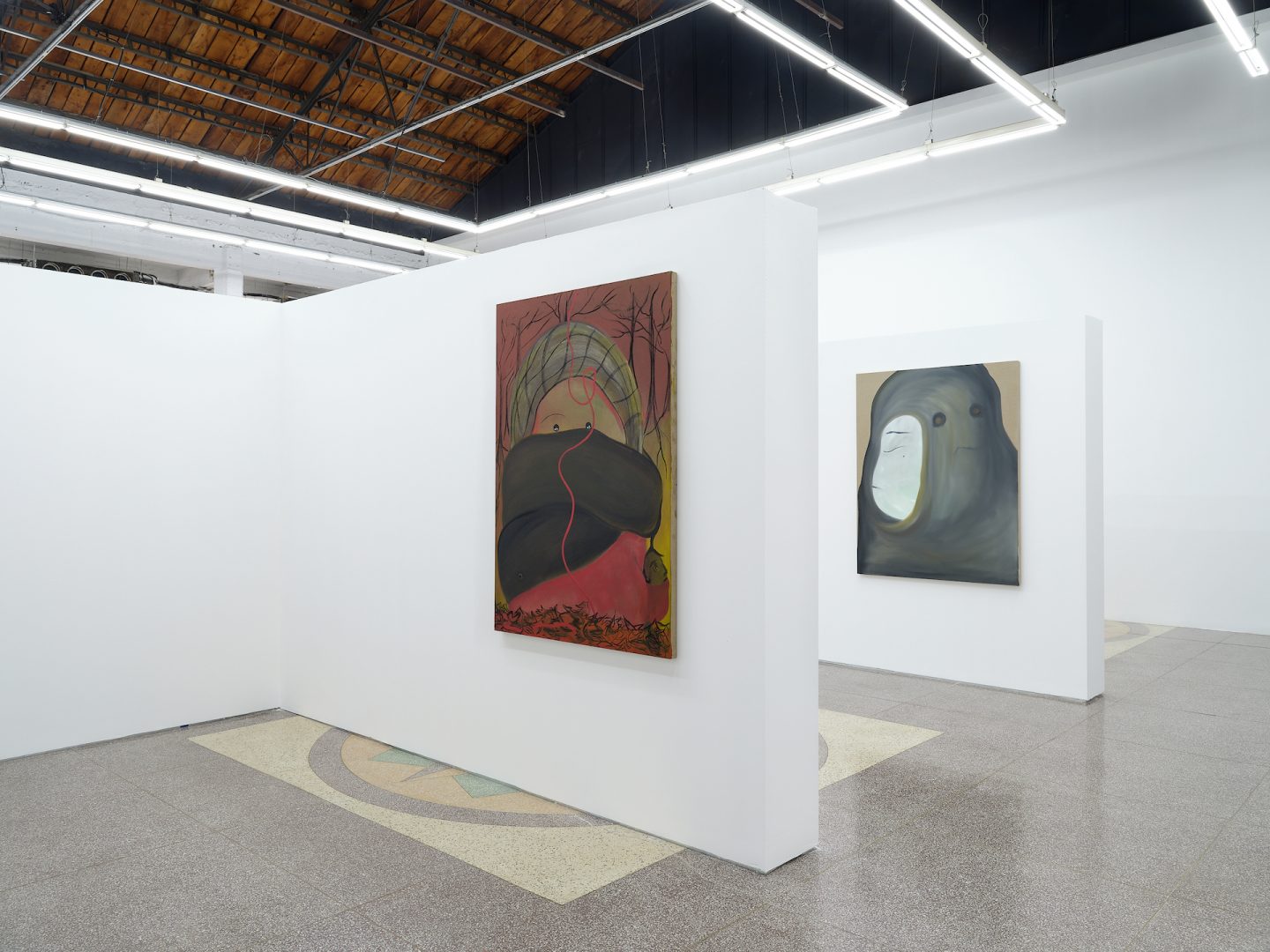 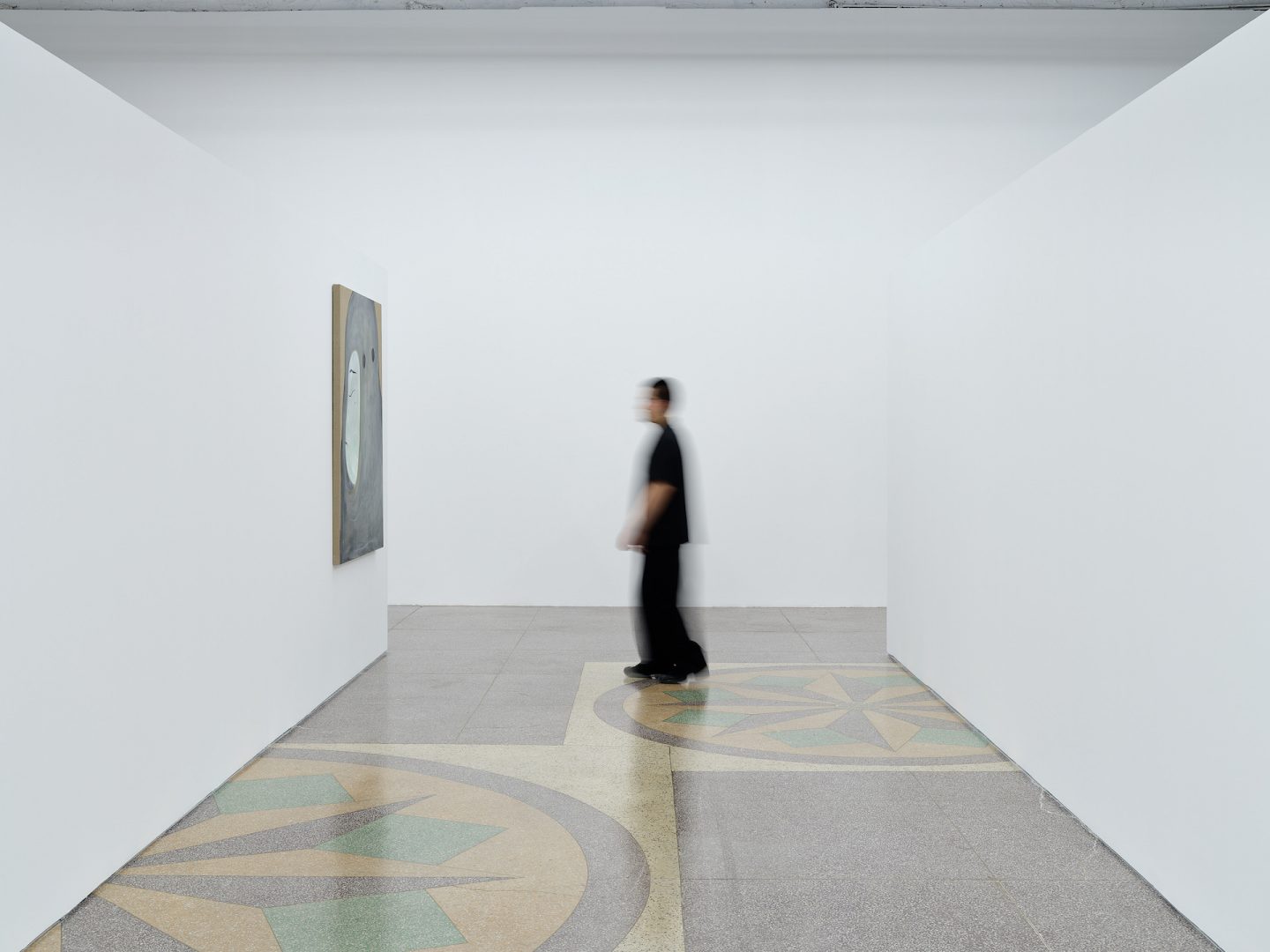 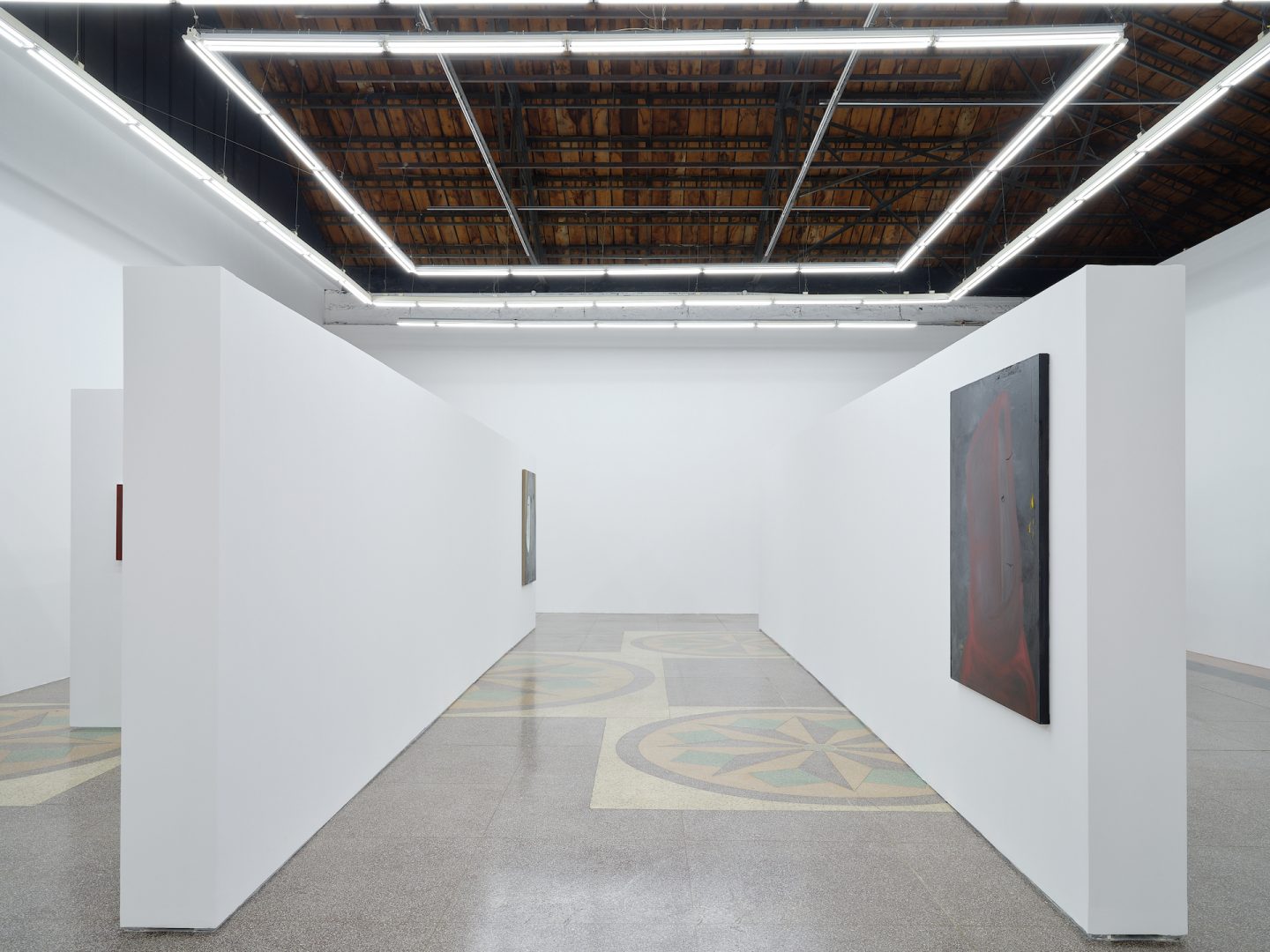 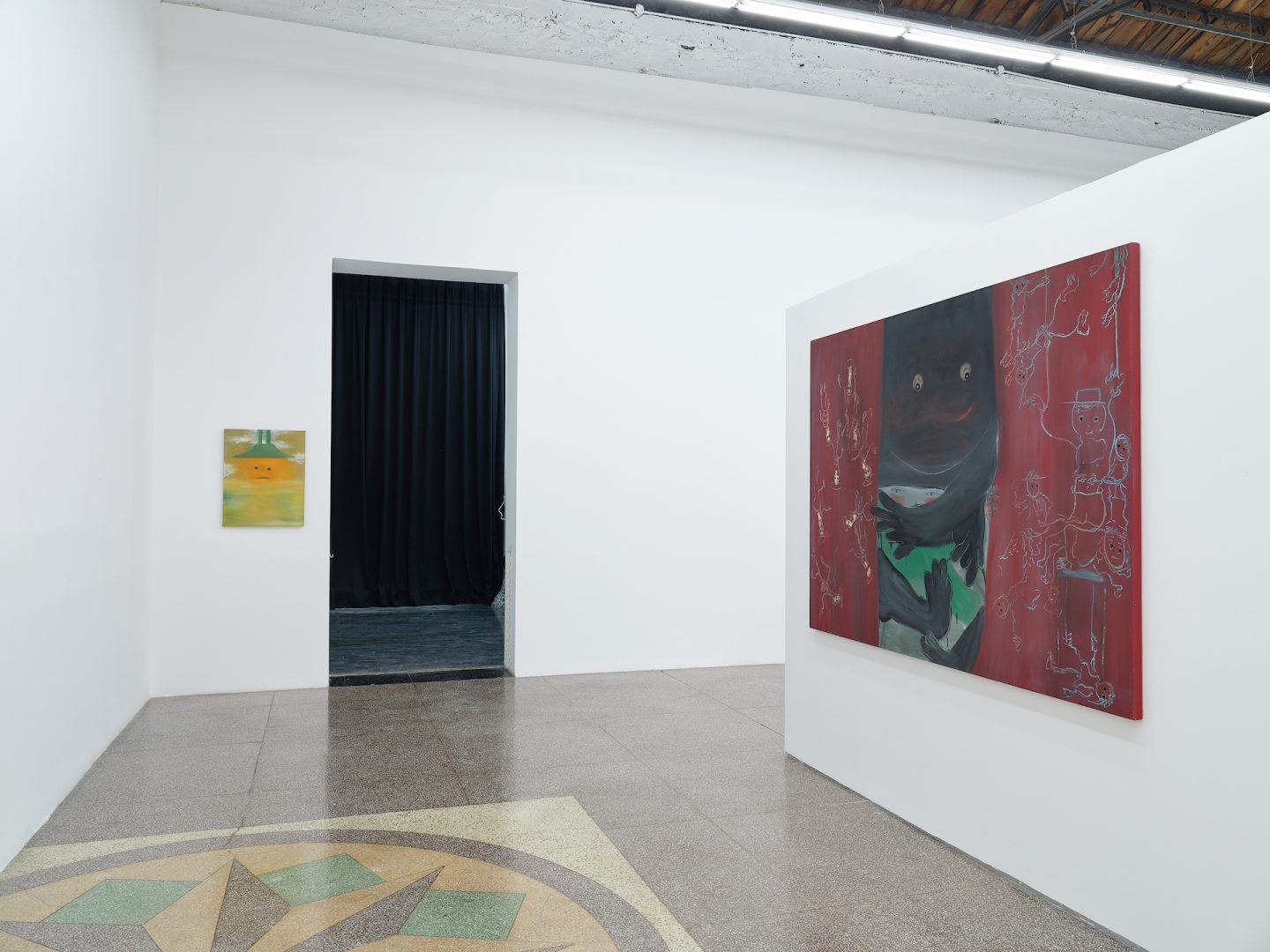 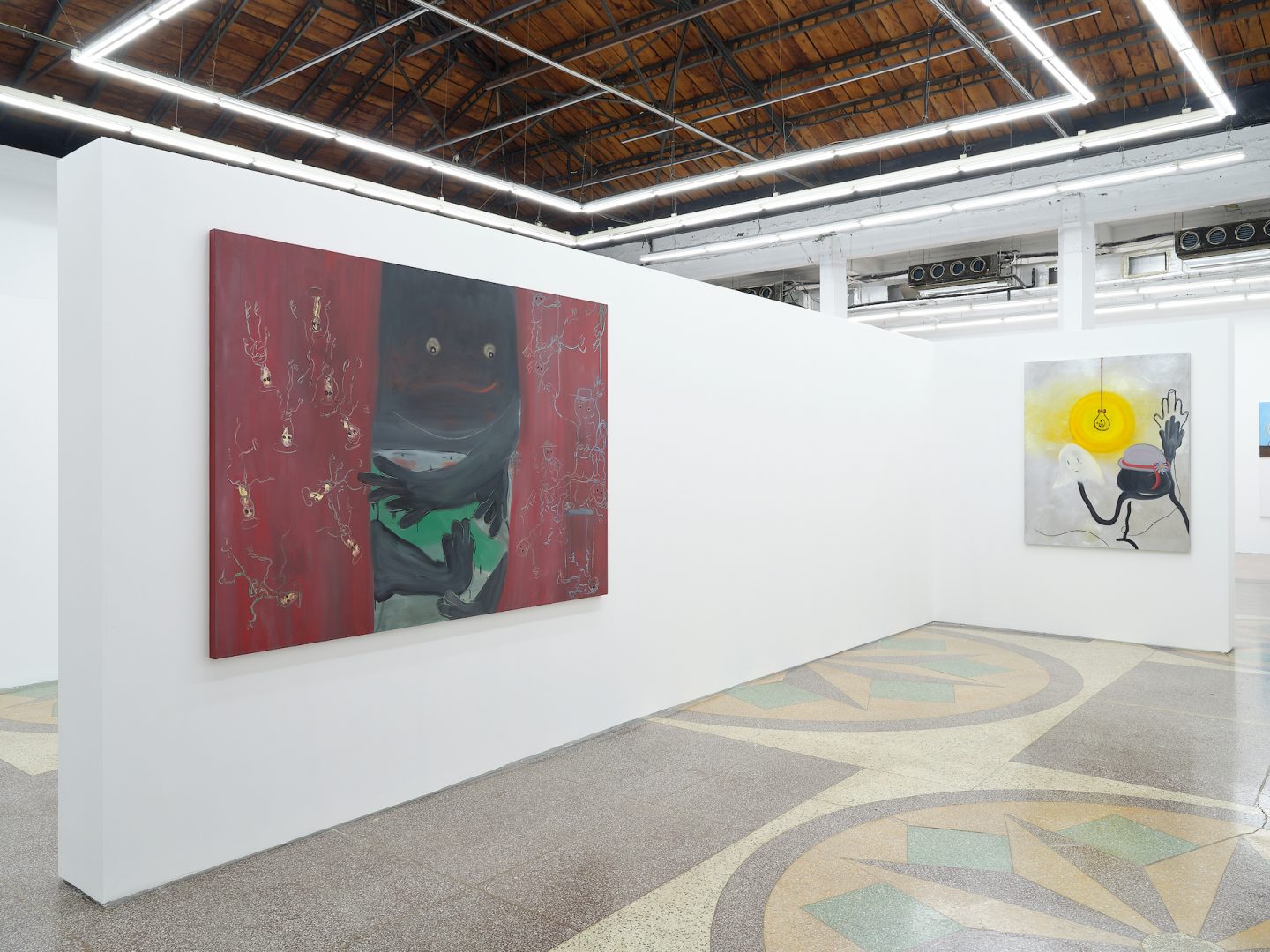 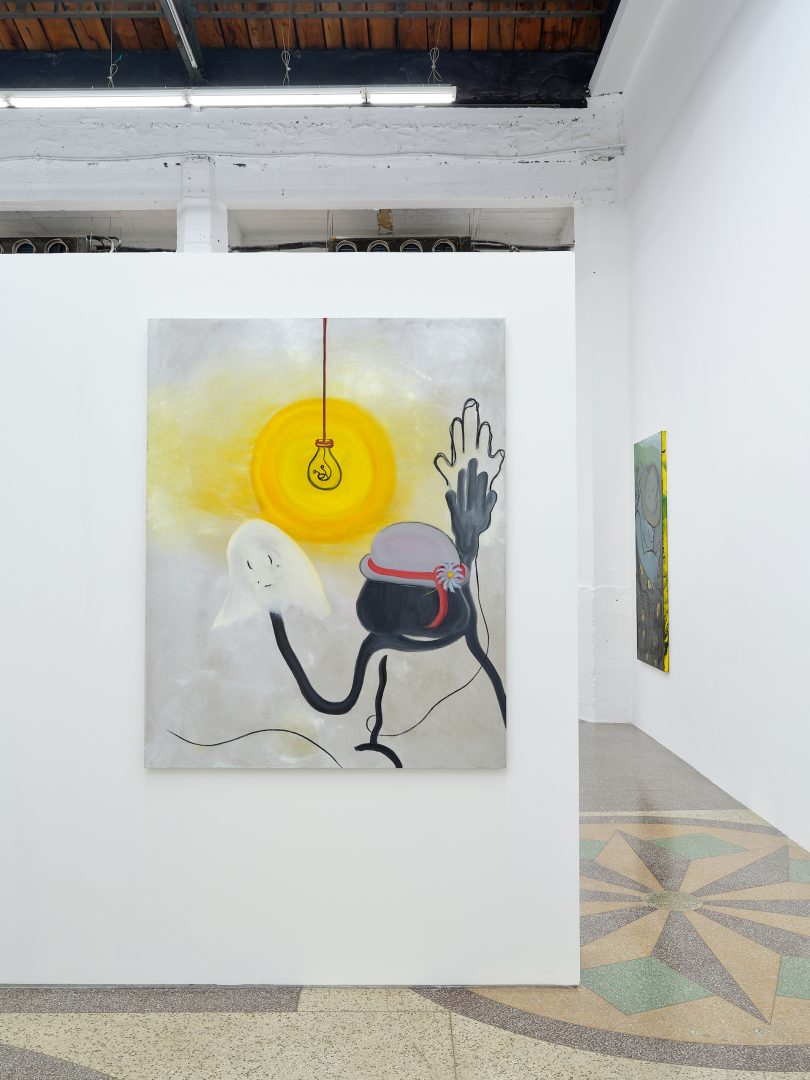 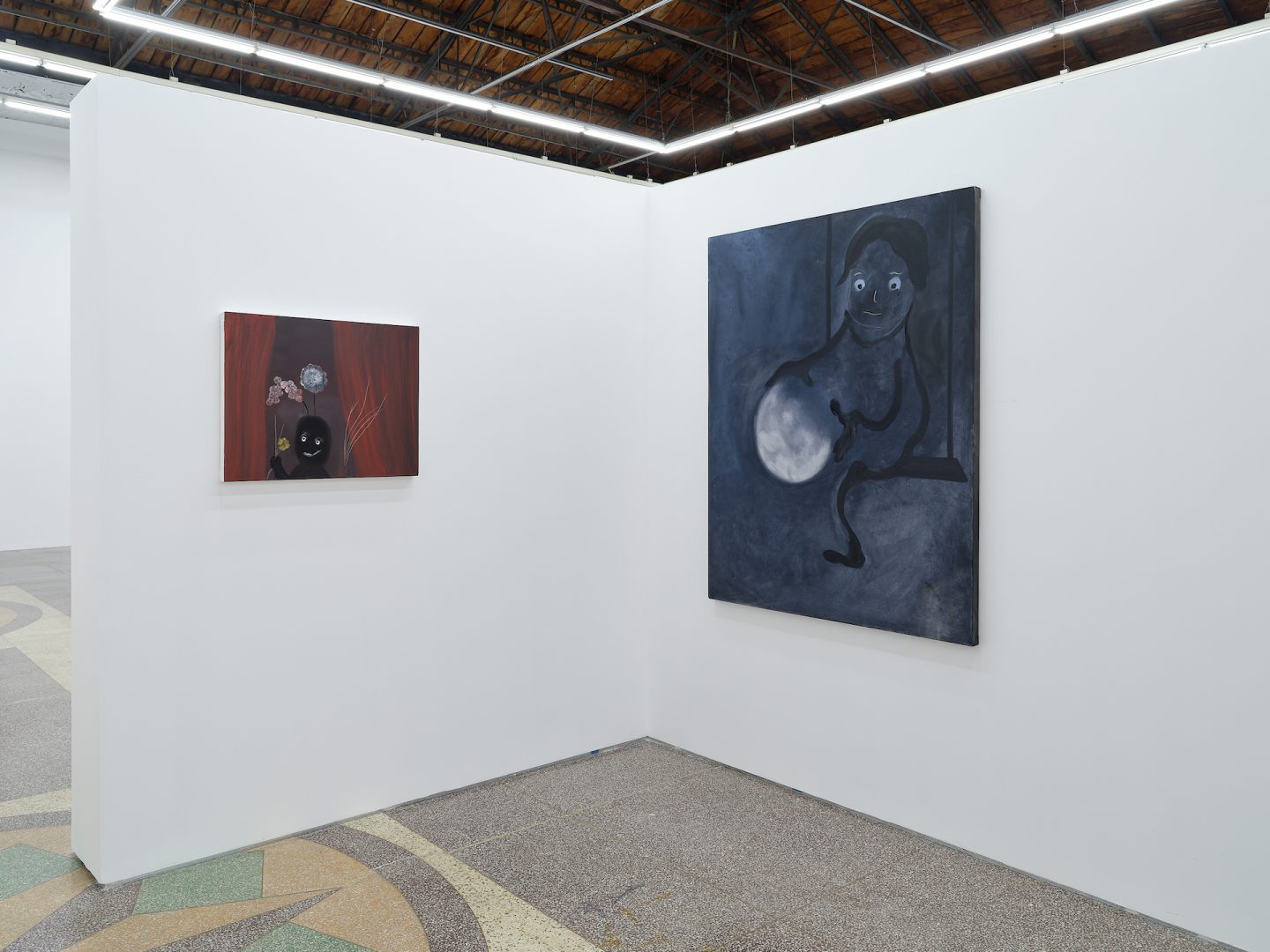 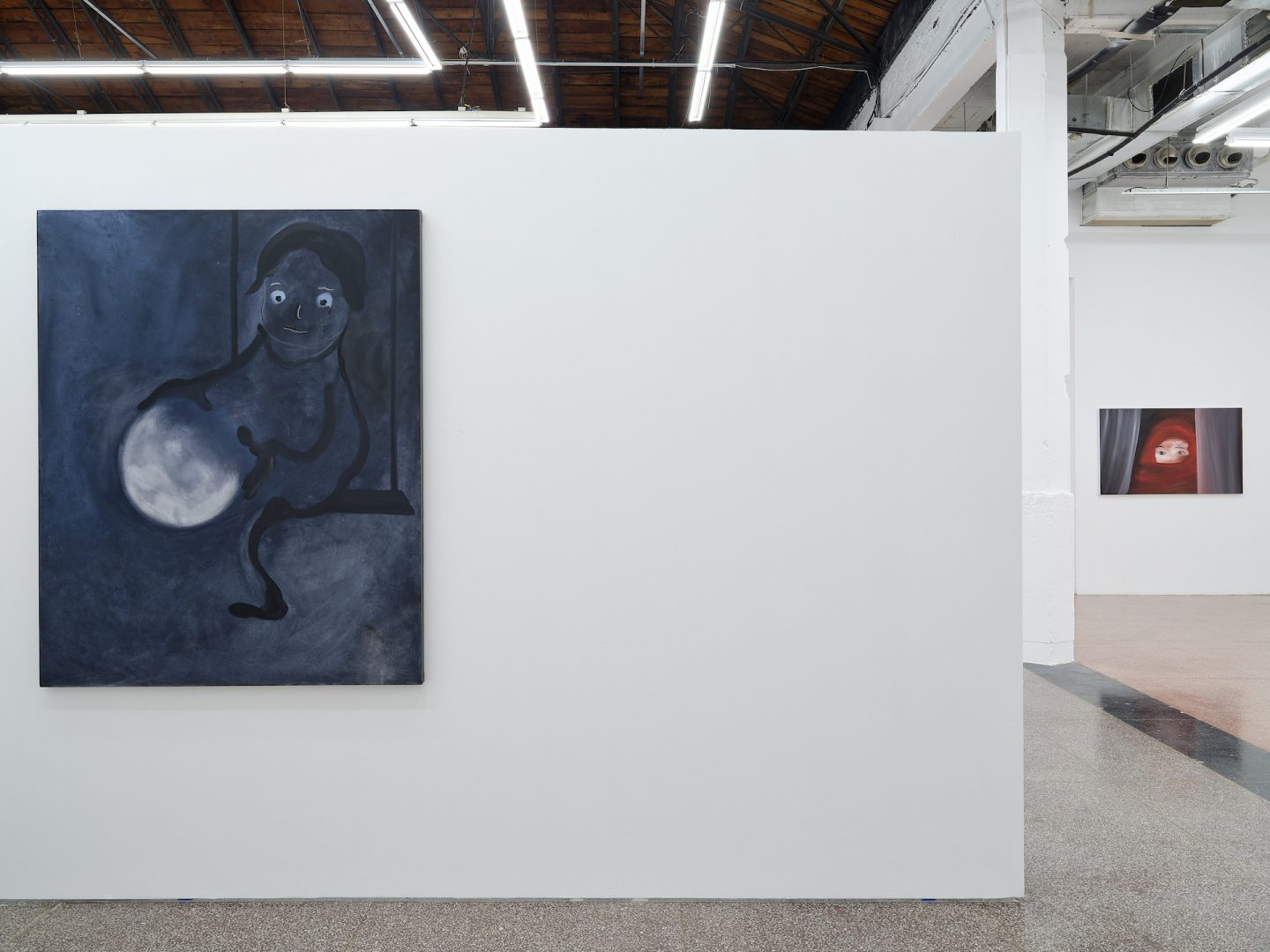 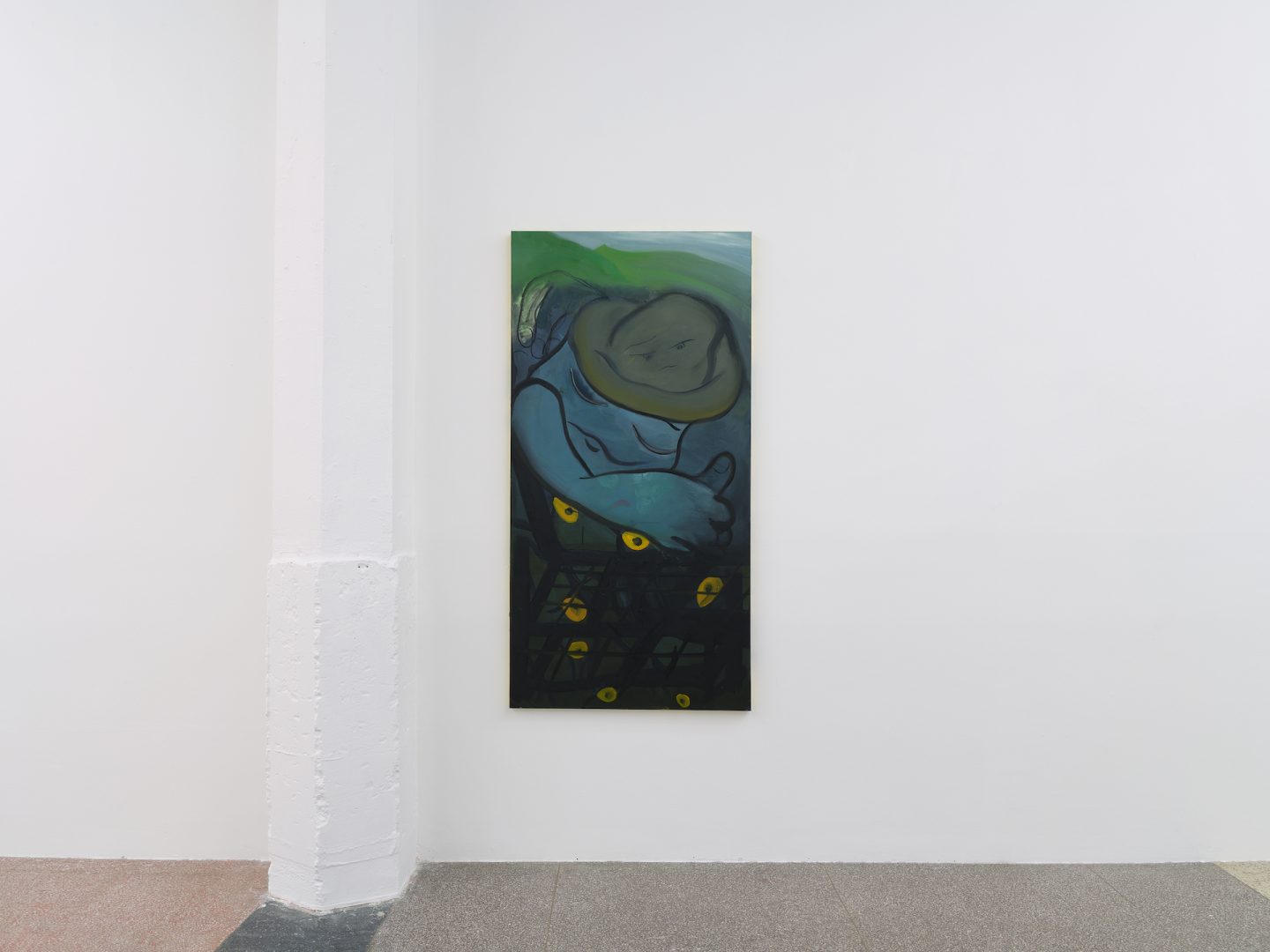 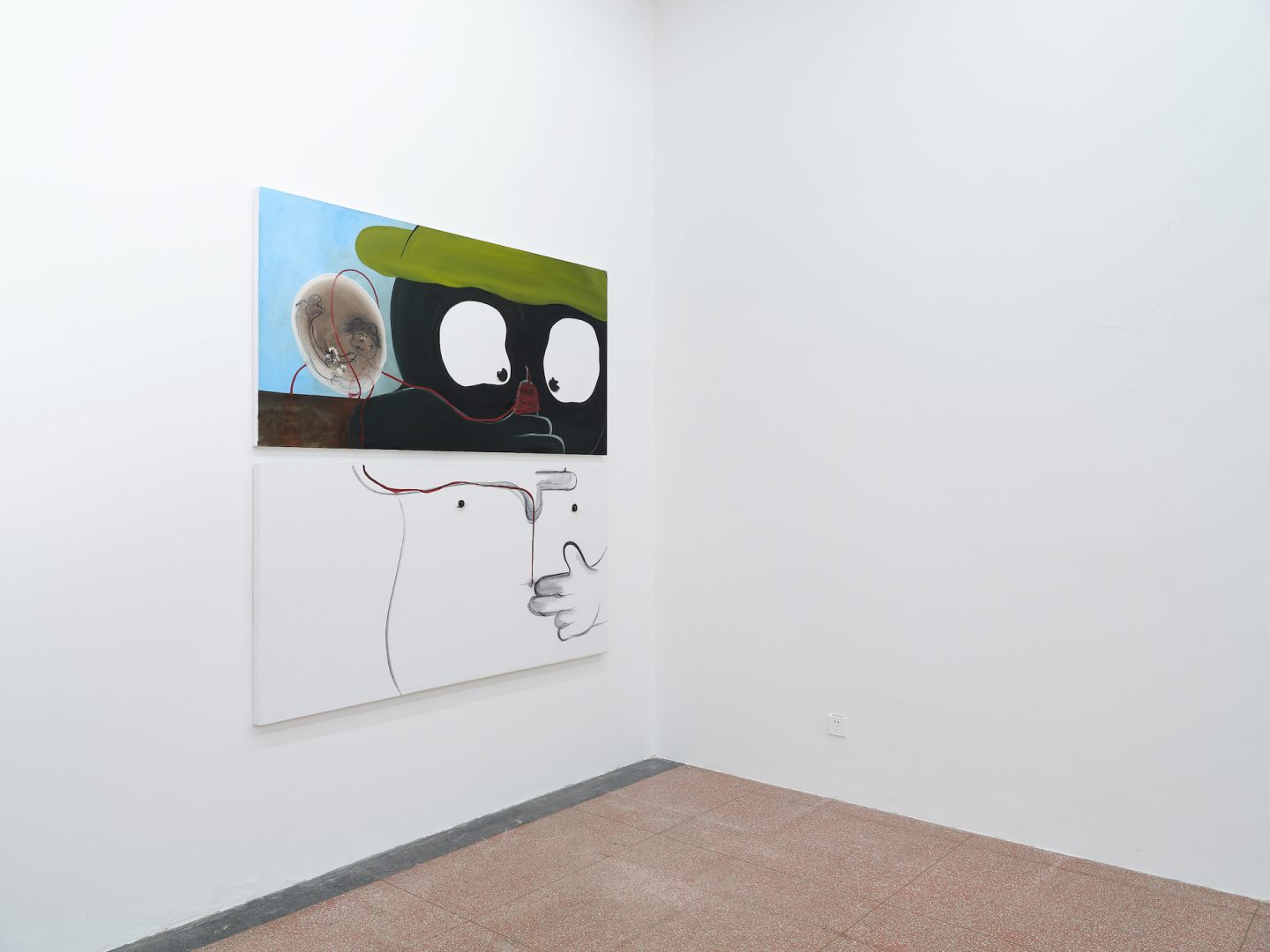 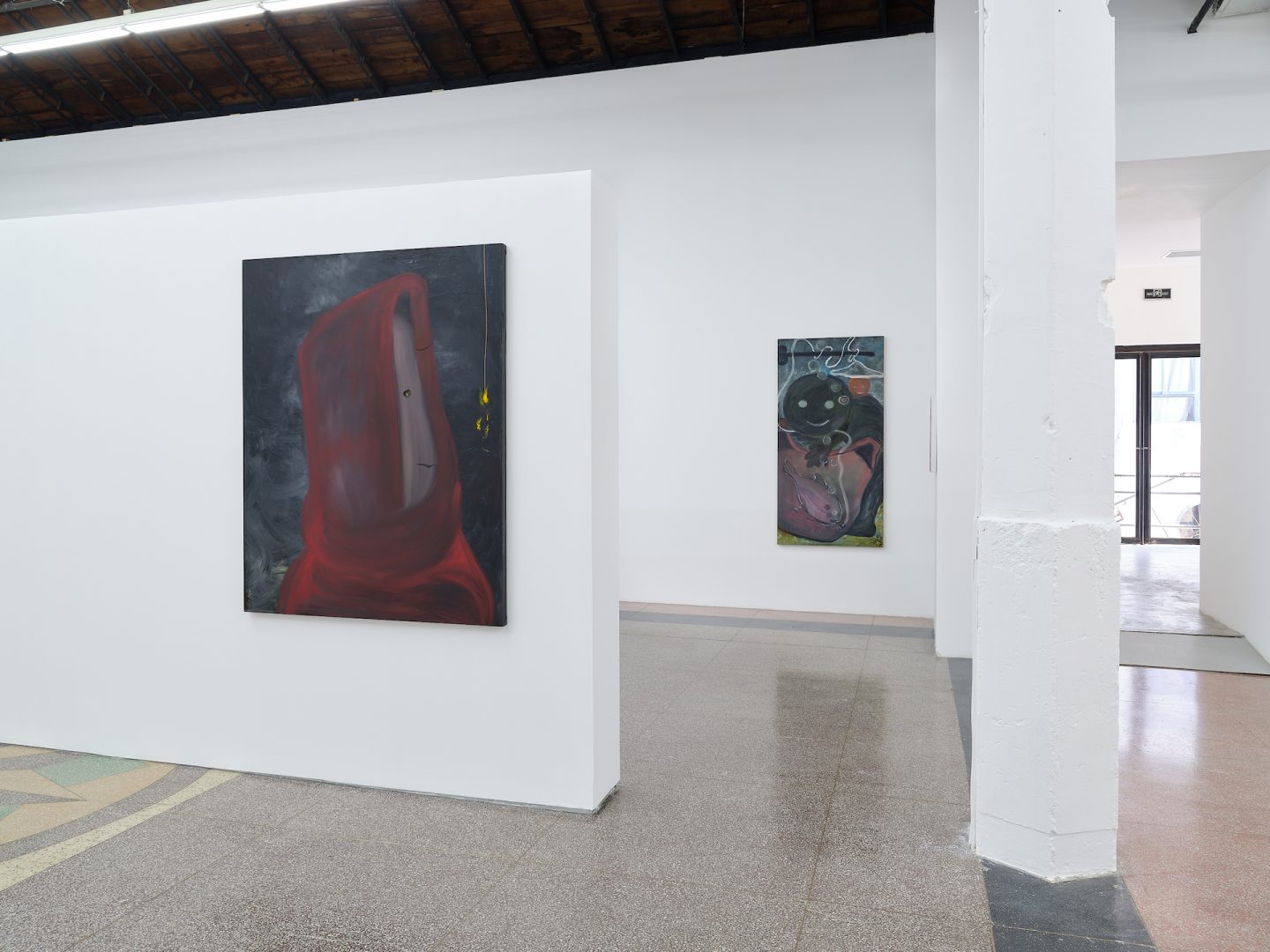 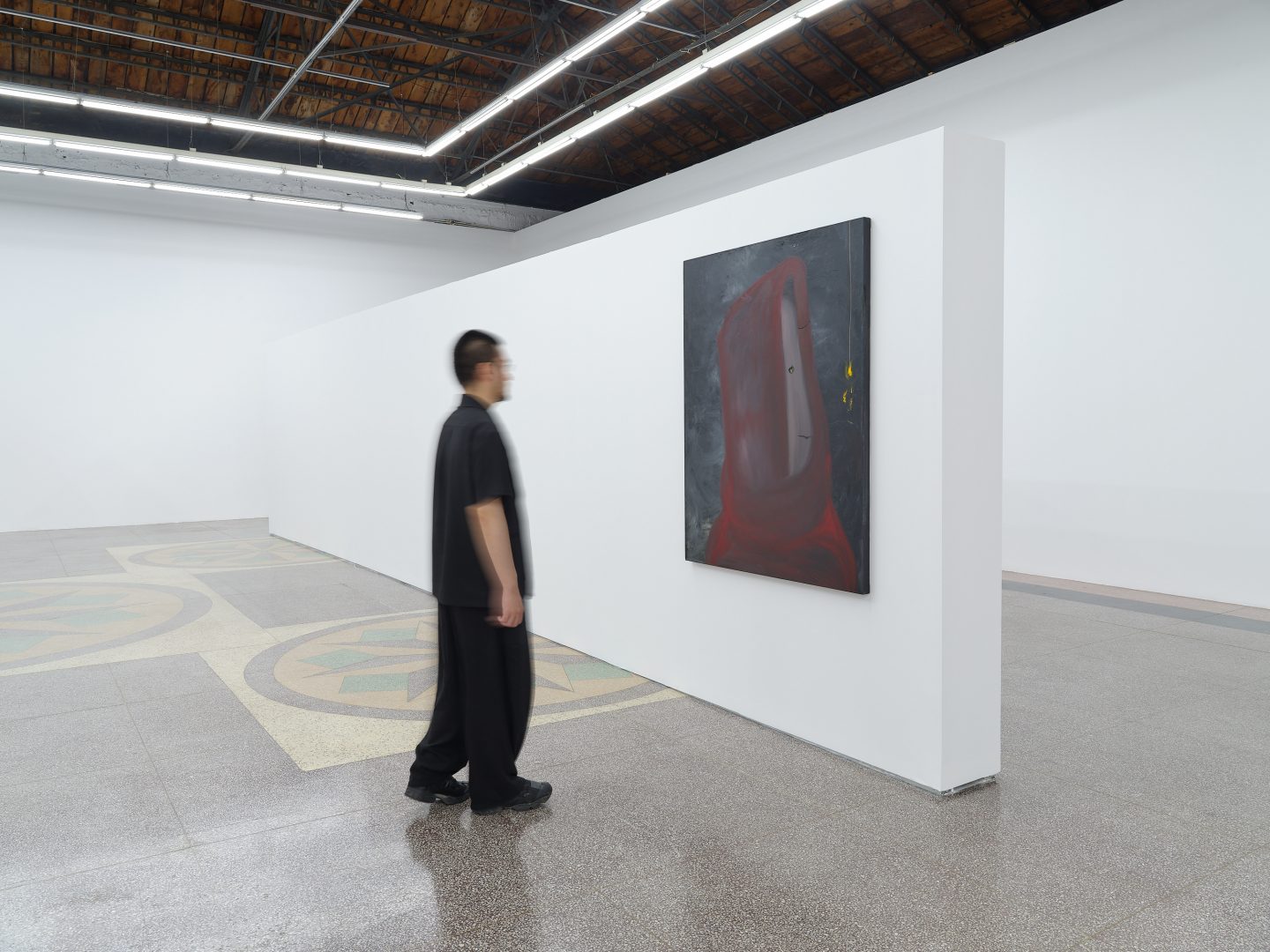