Li Ming tried to obtain a metonymy for his two-way signification through a specific naming experience about the apple. For his generation, the carrying significance of the apple is that it can really take a bite, representing the universal jokes and vaguely stagnant emotions of the disadvantaged, and it can also show a kind of “social code” to complete his way of expression that allows all objects to be metonymy in the artist’s specific performance language with indelible social production attributes.

Disposable lighters first entered China around 1993. Both matches and lighters were used. At that time, matches were about 10 cents per box and 8 cents per pack. It is the sticker on the collected matchboxes now called “Spark”. It may be one of the earliest popular language carriers for hand-made woodcarving in China, the other is the monochrome or color printing of all park tickets at that time. The lighter was originally the opaque hard plastic casing smuggled from Hong Kong was about 1 yuan a piece at the beginning, and the quality is much better than the current. What young people and adults discussed in the 1990s was the question of whether a lighter or a match is more cost-effective. There are small shops with aeration, and they also sell flint and steel. I can’t remember whether it cost 1 cent or 10 cents. Small lighter production workshops across the country kicked off. The largest and most complete base for chain production of disposable lighters in the world is now in China. The street subculture carried by this industry chain is like the tinder passing of third world civilization. On the plastic transparent case of the lighter, we can pass pornography, violence, advertisements, survival secrets, sentence breaks, any symbols that can be printed straight and express hand in hand. You can use it to ignite the flame, of course, you can also take it to the ground and listen to the crisp sound of a gas explosion.

In the exhibition hall, the lighter was placed a shelf called Flelen’s assembly line. The wheel was changed to white according to the color system of the scene, like an oriental snake stick. It is not the artist who is here to assume the appropriation of the traditional aesthetic transformation with the image of the curved stream, but more like presenting a cheap chain concretely presented in an art museum. In this mode of production, the repeated placement of many lighter cargo boxes on the chain, with the political search-type anatomy of current social production, the material on the chain stage is more inclined to have a dictated pop plot in the artist’s experience, and is related to a poor and simple firecracker game in childhood. The game and our historical story can be staggered connect “We are the hometown of gunpowder.” Li Ming’s way of throwing firecrackers seems to unintentionally mirror the more ancient fireworks ritual dance. The scene full of debris after the lighter exploded and the occasional scenes formed by the residues of different gas flames are even more artificial stories about existence. 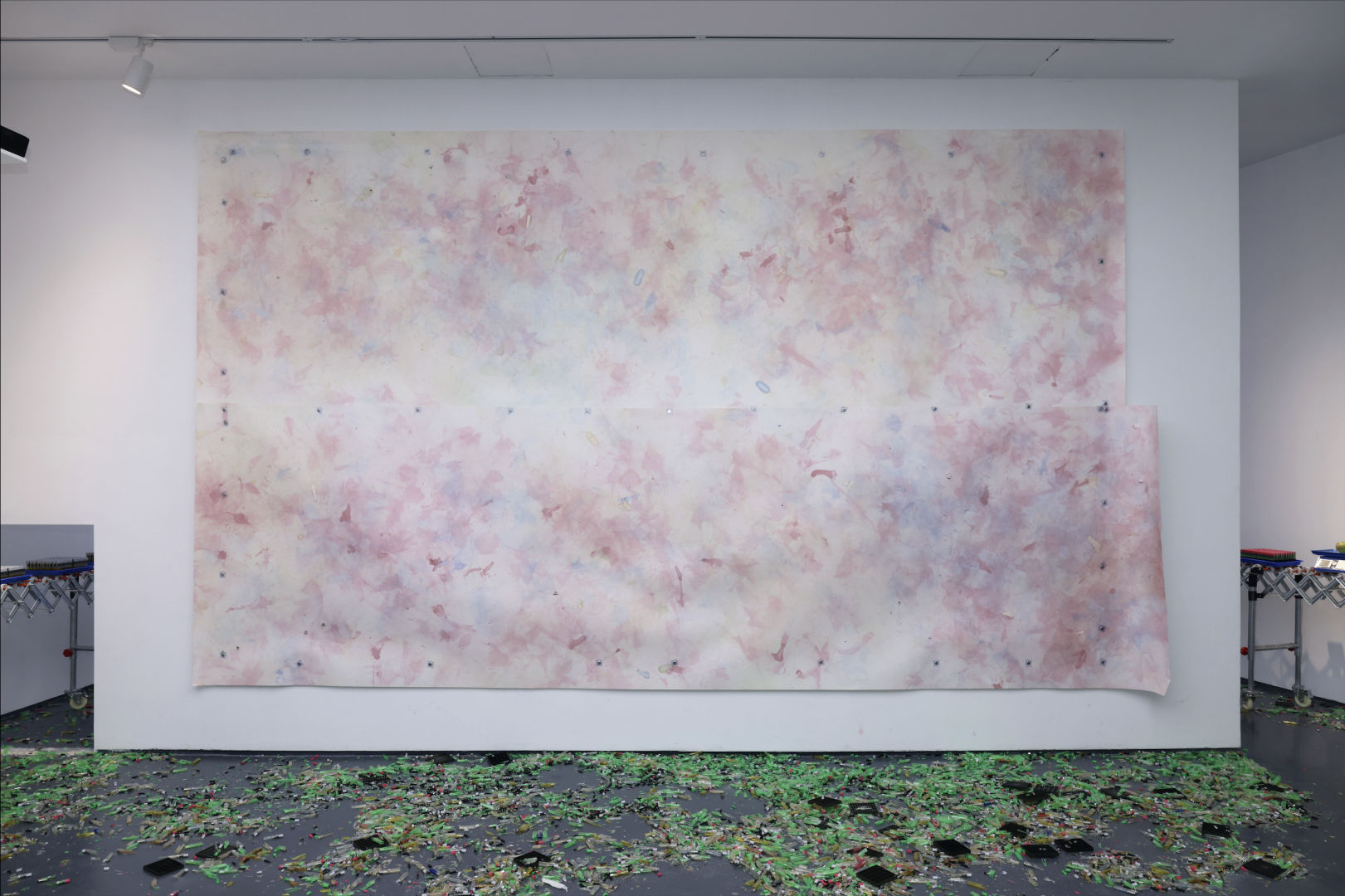 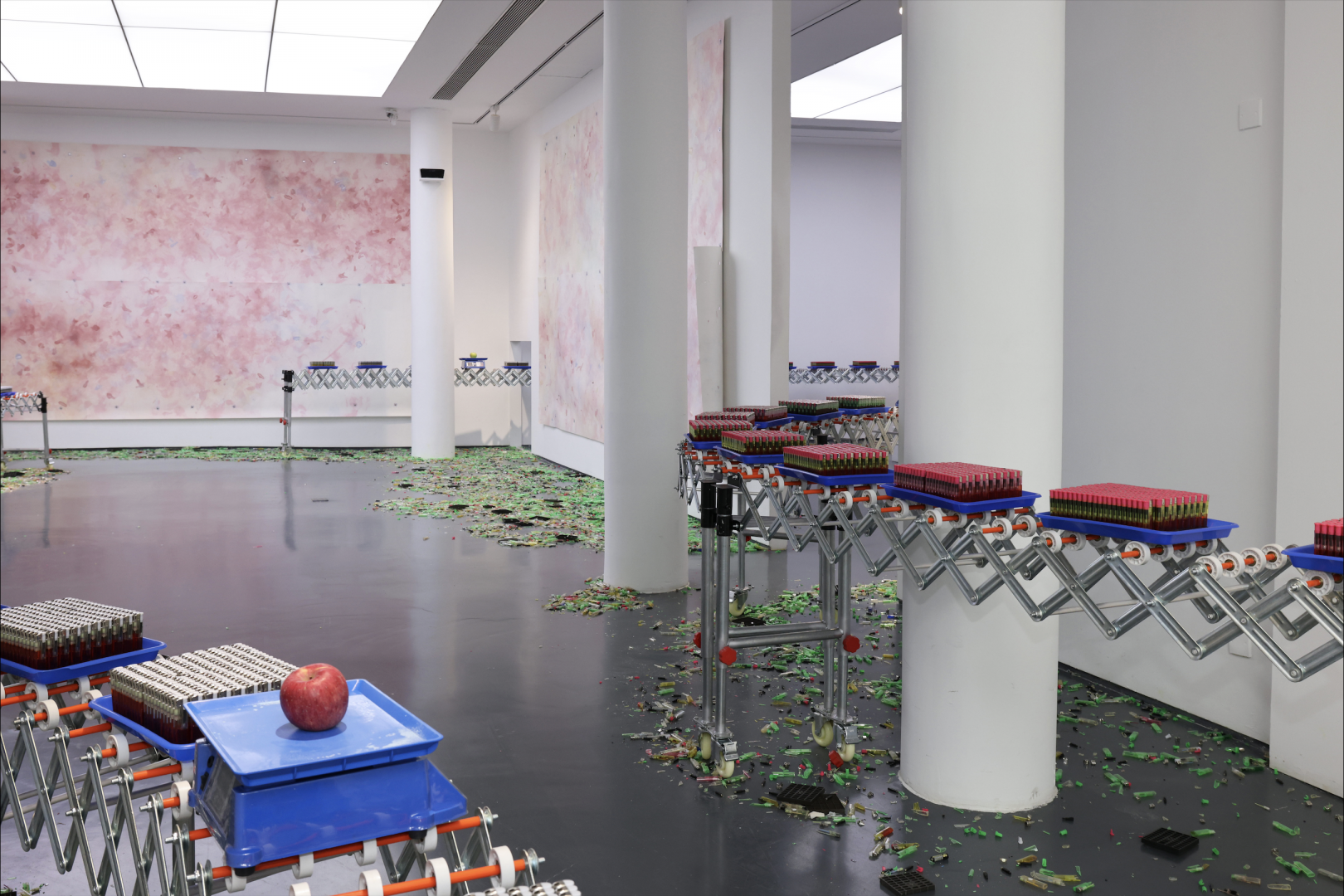 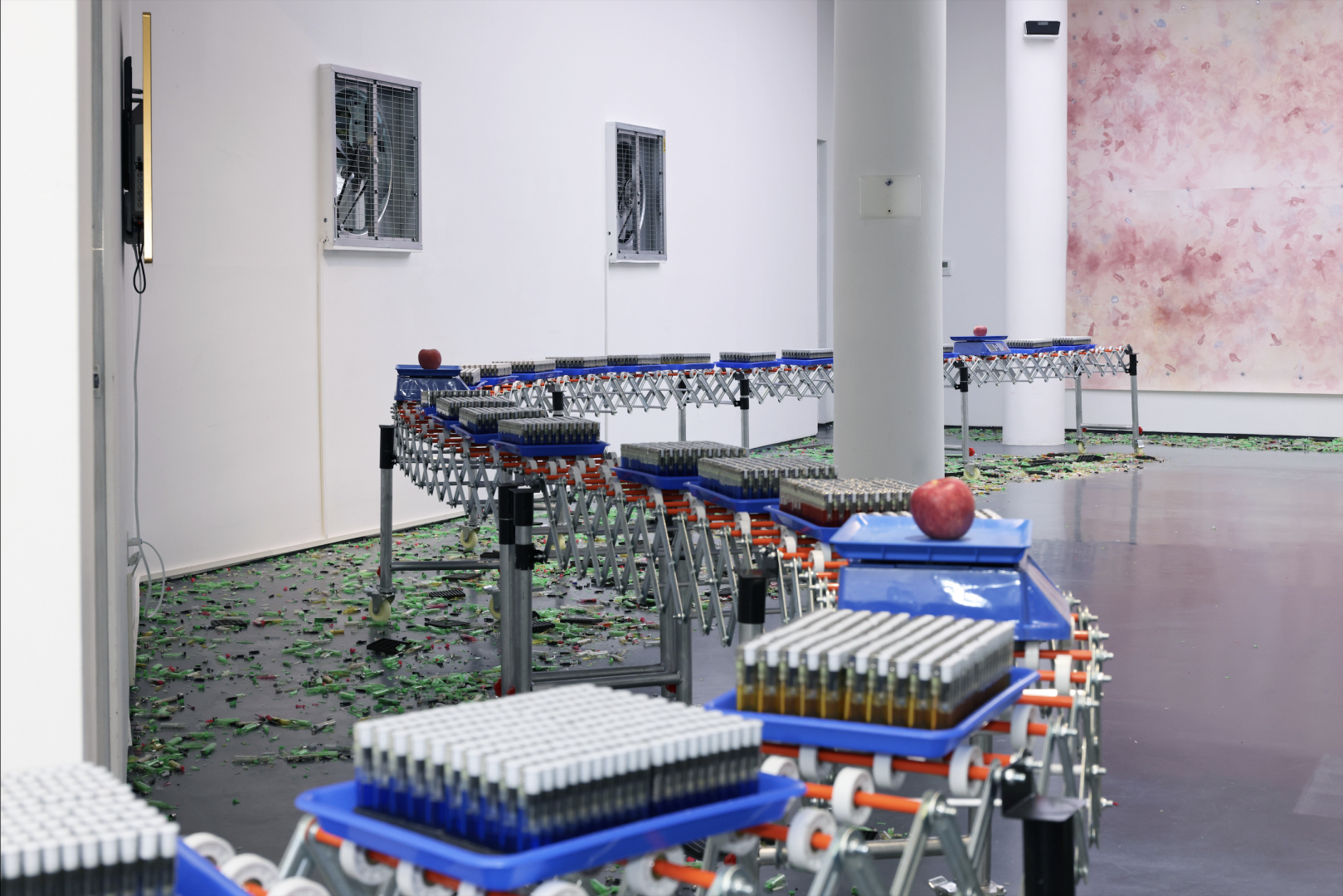 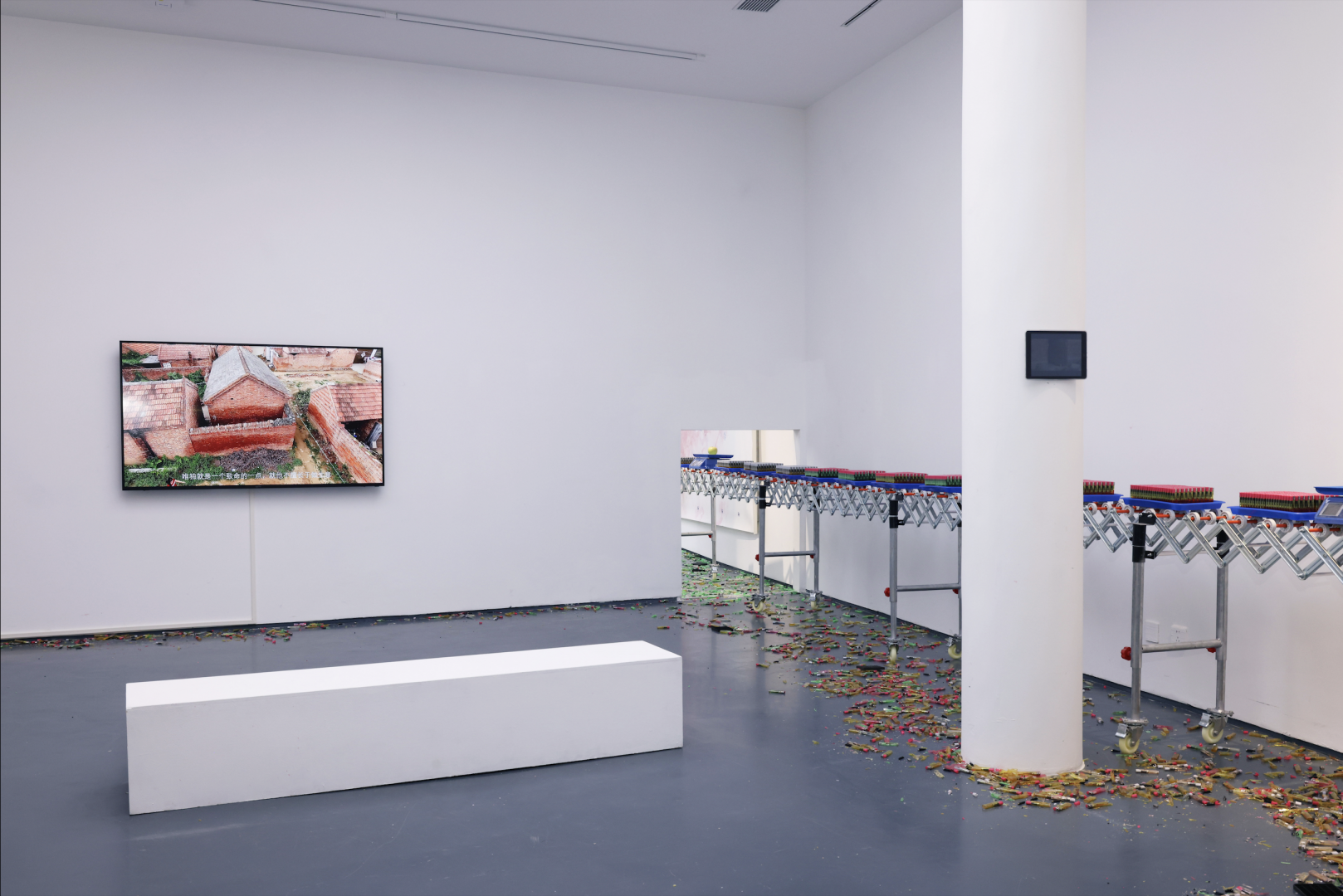 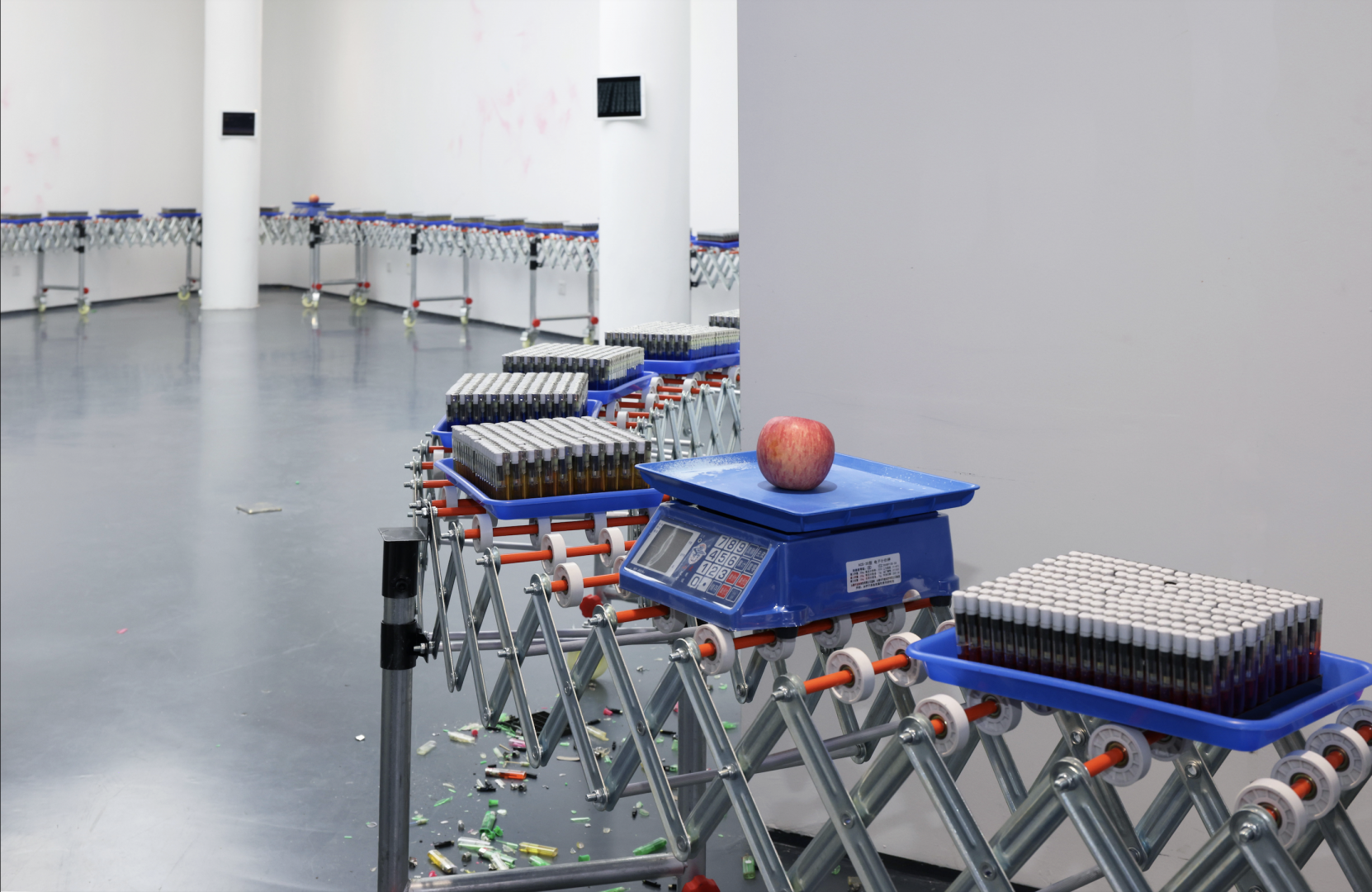 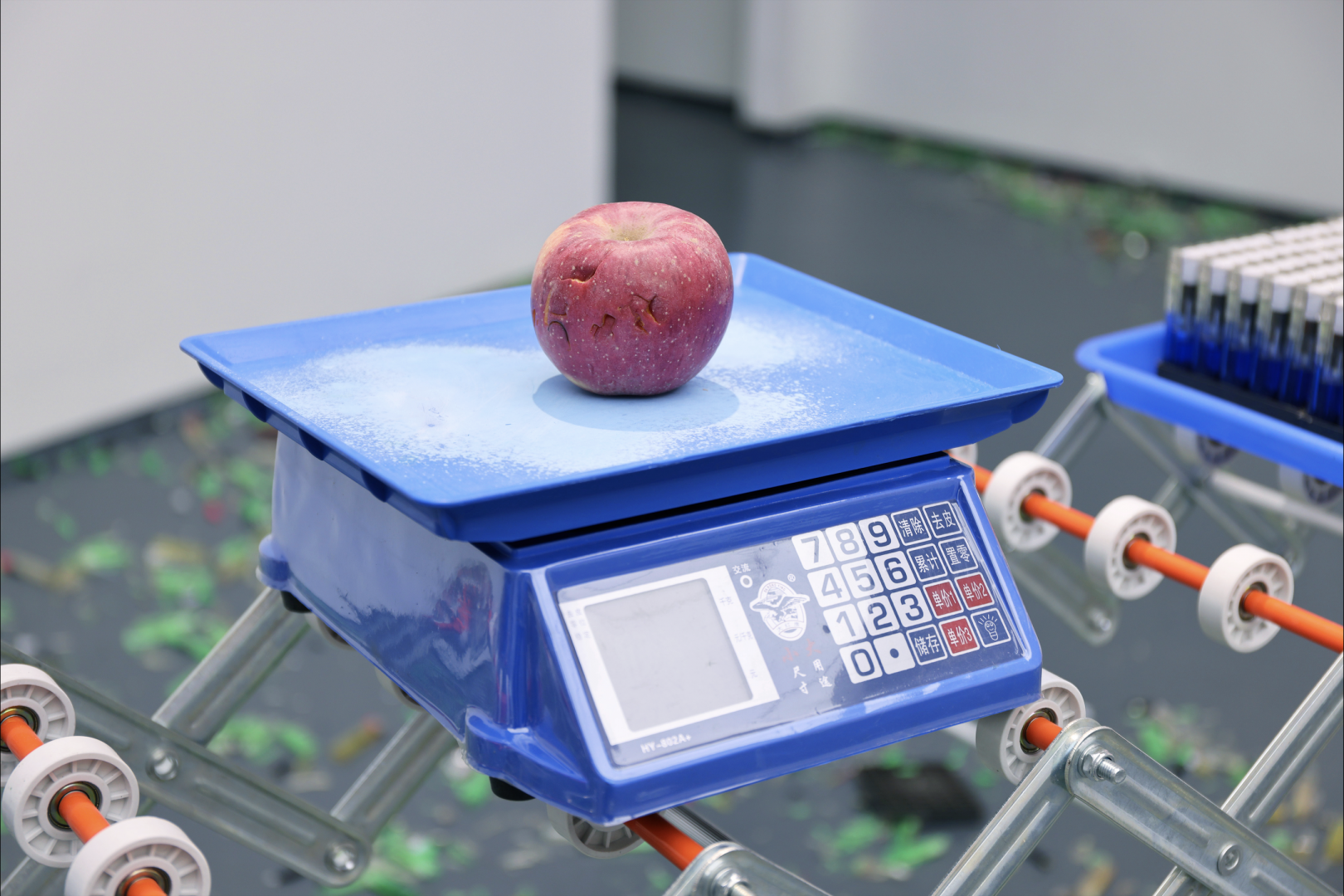