Antenna Space is pleased to announce artist Mire Lee’s two-person exhibition HR Giger & Mire Lee at Schinkel Pavillon in Berlin, which brings together the worlds of the late Swiss visionary HR Giger (1940-2014) and the South Korean artist Mire Lee (b. 1988), transforming into a site for an exploration of the darkest aisles of the human body and psyche. This equally seductive and dystopian scenario is the first institutional exhibition of Giger’s work in Germany, as well as the first major presentation of Lee’s work here.

HR Giger was a painter, sculptor and designer known as the ‘father’ of Xenomorph – the protagonist monster in Ridley Scott’s 1979 film ‘Alien’. The Schinkel Pavillon exhibition not only showcases the artist’s iconic works that led to the creation of the Alien protagonist, but also repositions Giger as a late surrealist. It presents the artist’s influential Gesamtkunstwerk – his early surrealist oil paintings, ink drawings, sculptures, as well as previously unexhibited private diaries – highlighting the age-defying Freudian horror and societal fears so deeply implanted in his work.

Giger’s universe is paired with that of Mire Lee, who has recently become known for her kinetic sculptures and quasi-alchemical installations. Newly commissioned, complex arrangements and structures made of silicone, PVC, tubes, machinery, metal and concrete weave around the Schinkel Pavillion, evoking dysfunctional organisms, dissected body parts, fleshy limbs or intestines. Sexuality, corporeality and technology are glued together in her work, as her simultaneously seductive and repulsive forms turn and crawl in viscous fluids.

The HR Giger & Mire Lee exhibition turns Schinkel Pavillon’s main octagon-shaped space into a womb-like cell. It is proliferated by Giger’s visions of grotesque, mutant-like figures that reflect his angst concerning the nuclear arms race of the Cold War, and his uncanny explorations of prenatal psychology. Lee’s Carriers – offsprings (2021) are suspended from the ceiling – these bulbous multi-limbed creatures are fed with viscous liquids pumped through motor-driven tubes, reminiscent of umbilical cords, that occasionally squirt. Like bodies or beings in various states of fullness and hollowness, growth and decline, Carriers – offsprings manifest Lee’s explorations of extremes, as well as the fetish of ‘Vorarephelia’– the yearning to completely absorb a living being, or to be consumed by it, or even a return to the mother’s womb.

Both Giger’s and Lee’s ‘organisms’ are phantasmagorias of humans and machines forming an indissoluble whole and constantly shifting between the stages of decline and resilience, lust and revulsion, hopelessness and power – thus emblematic of the polarities of our own existence. Abstraction, figuration, organic, apparatus, birth, eroticism, violence and death coalesce into a cycle of constant metamorphosis. 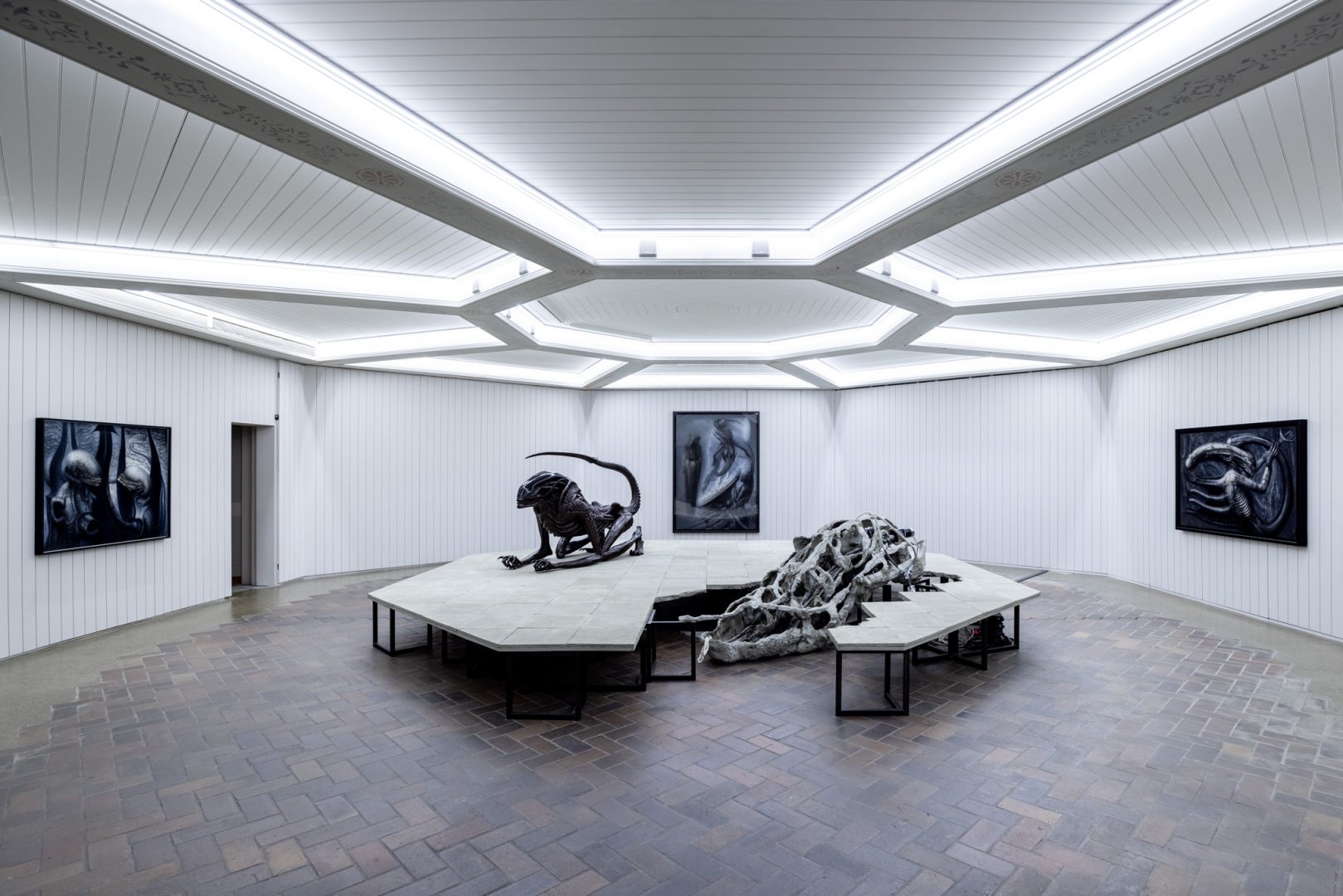 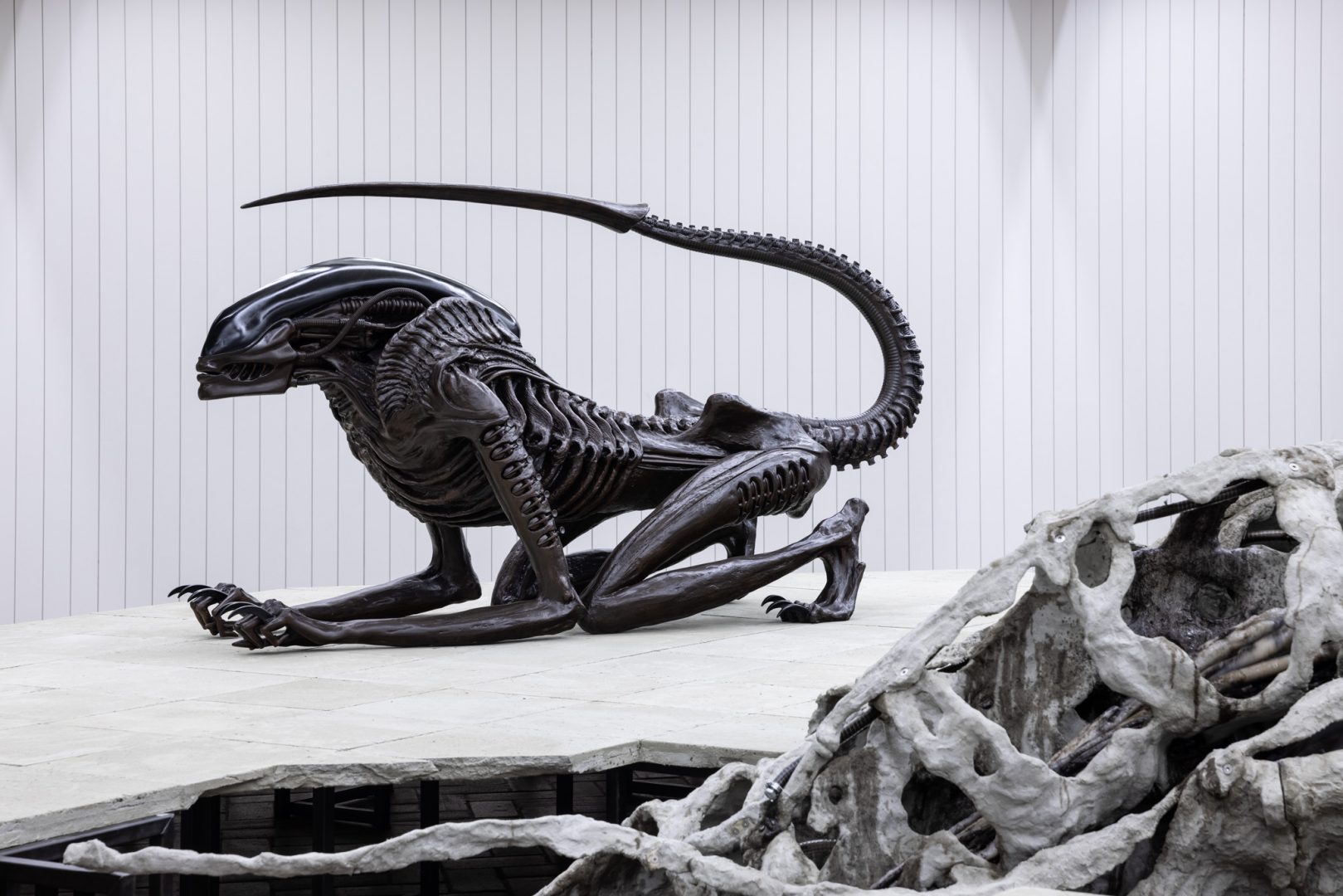 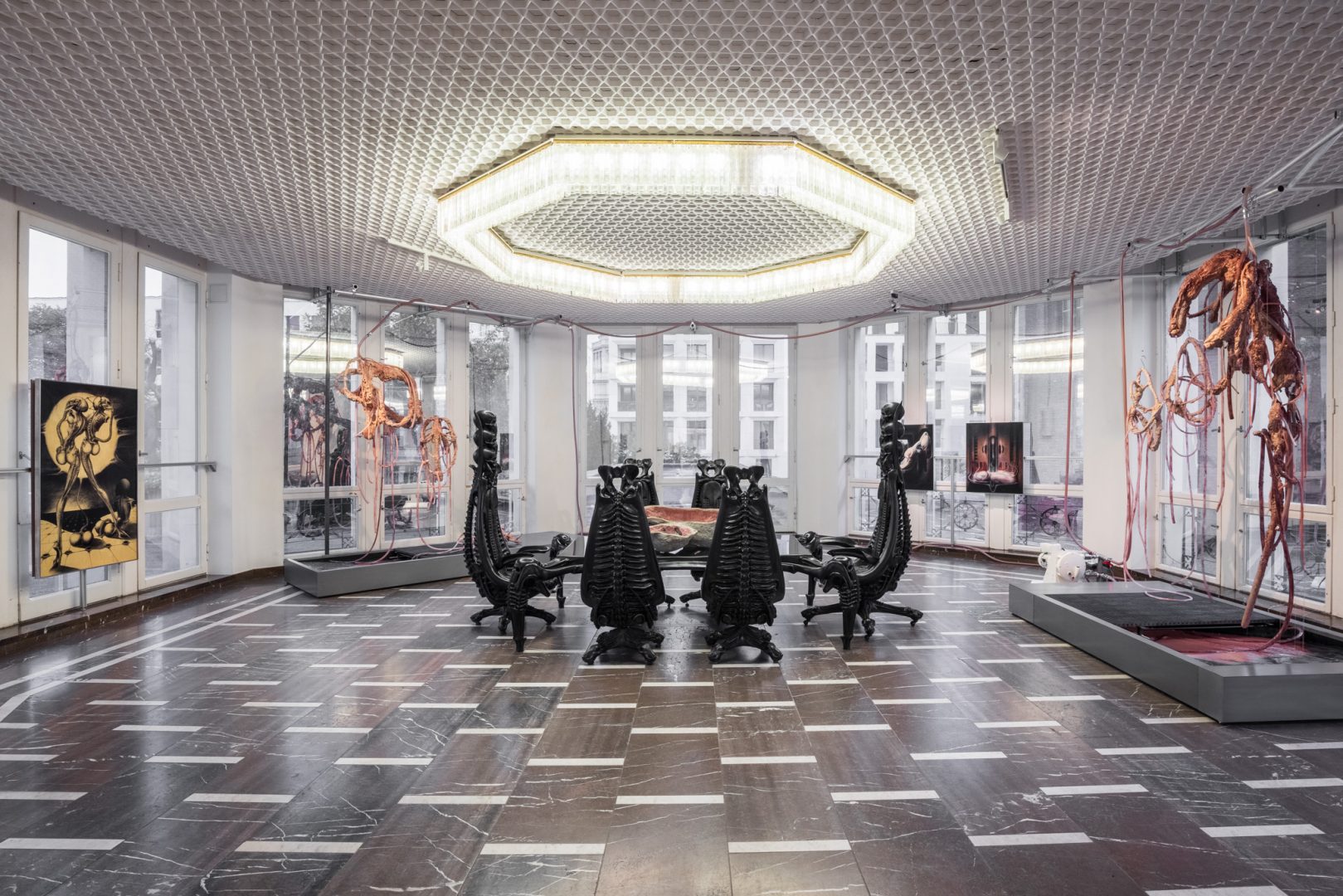 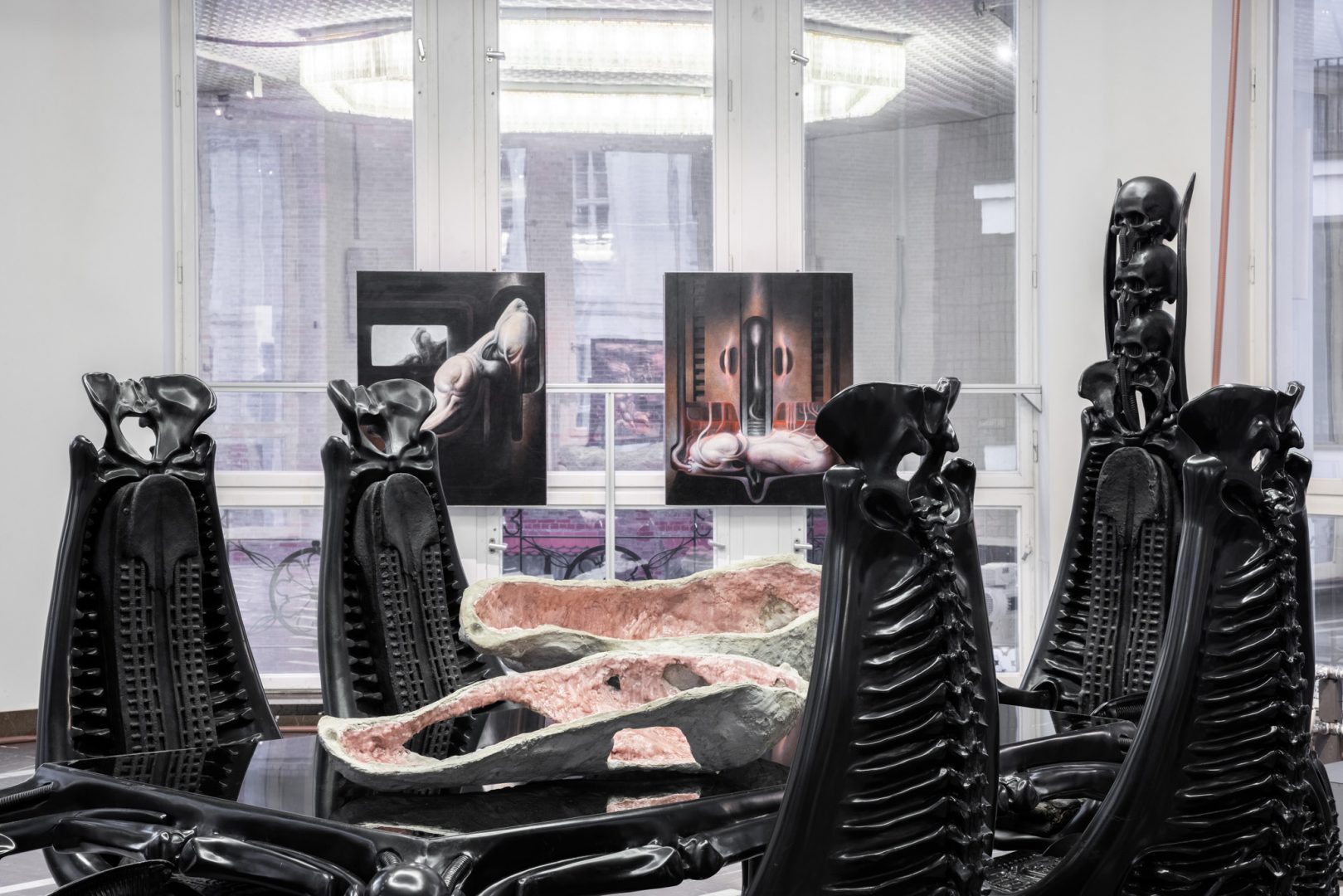 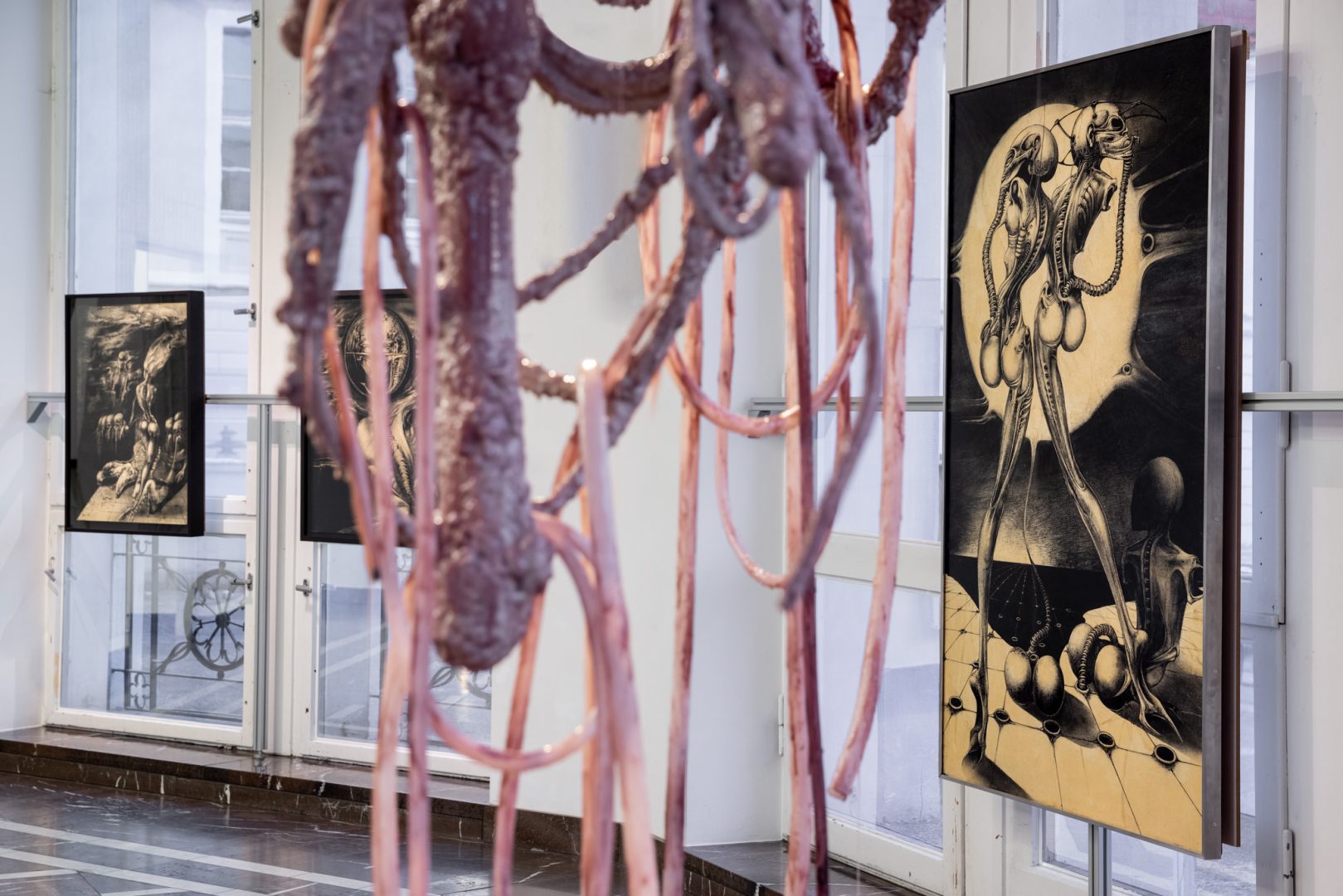 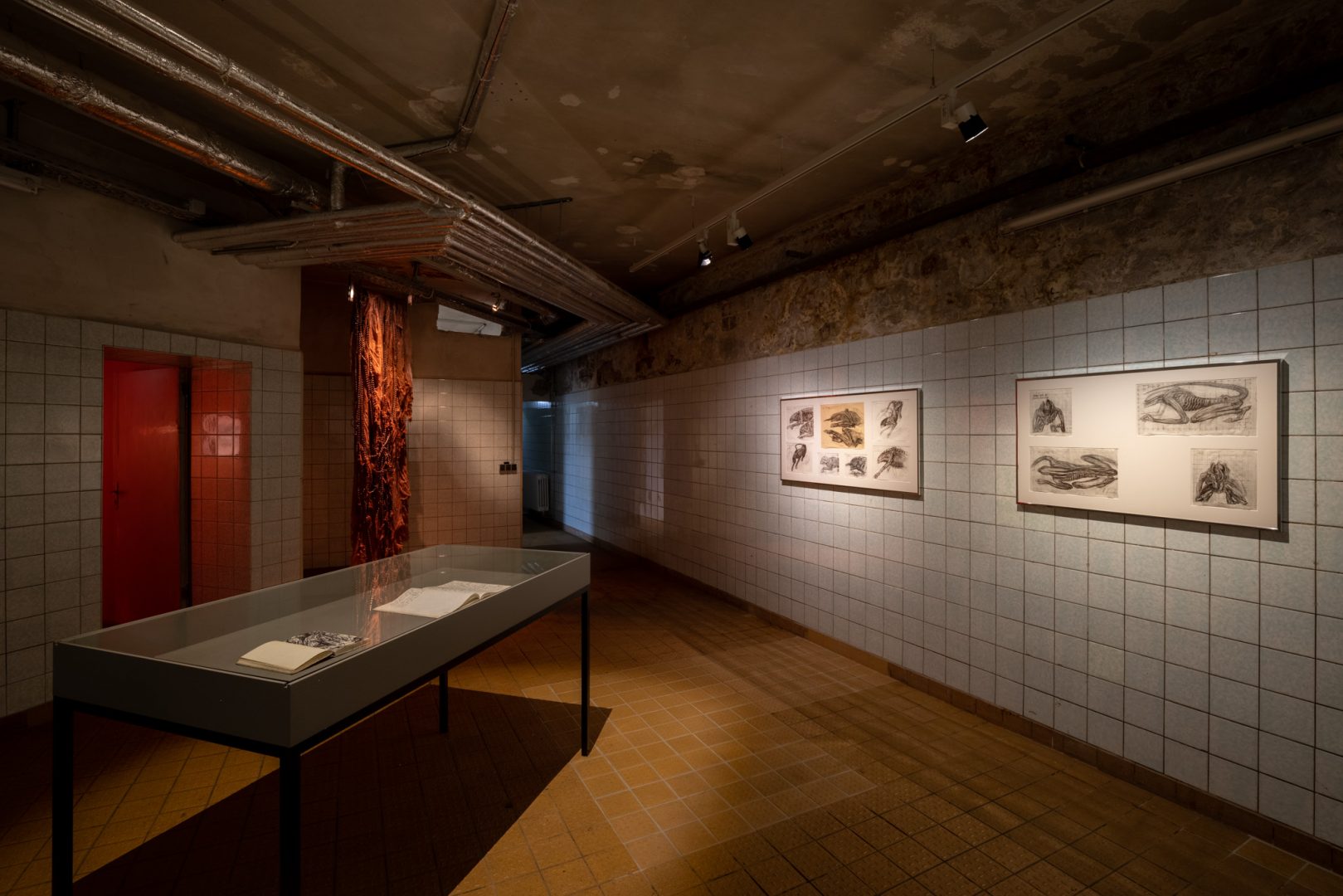 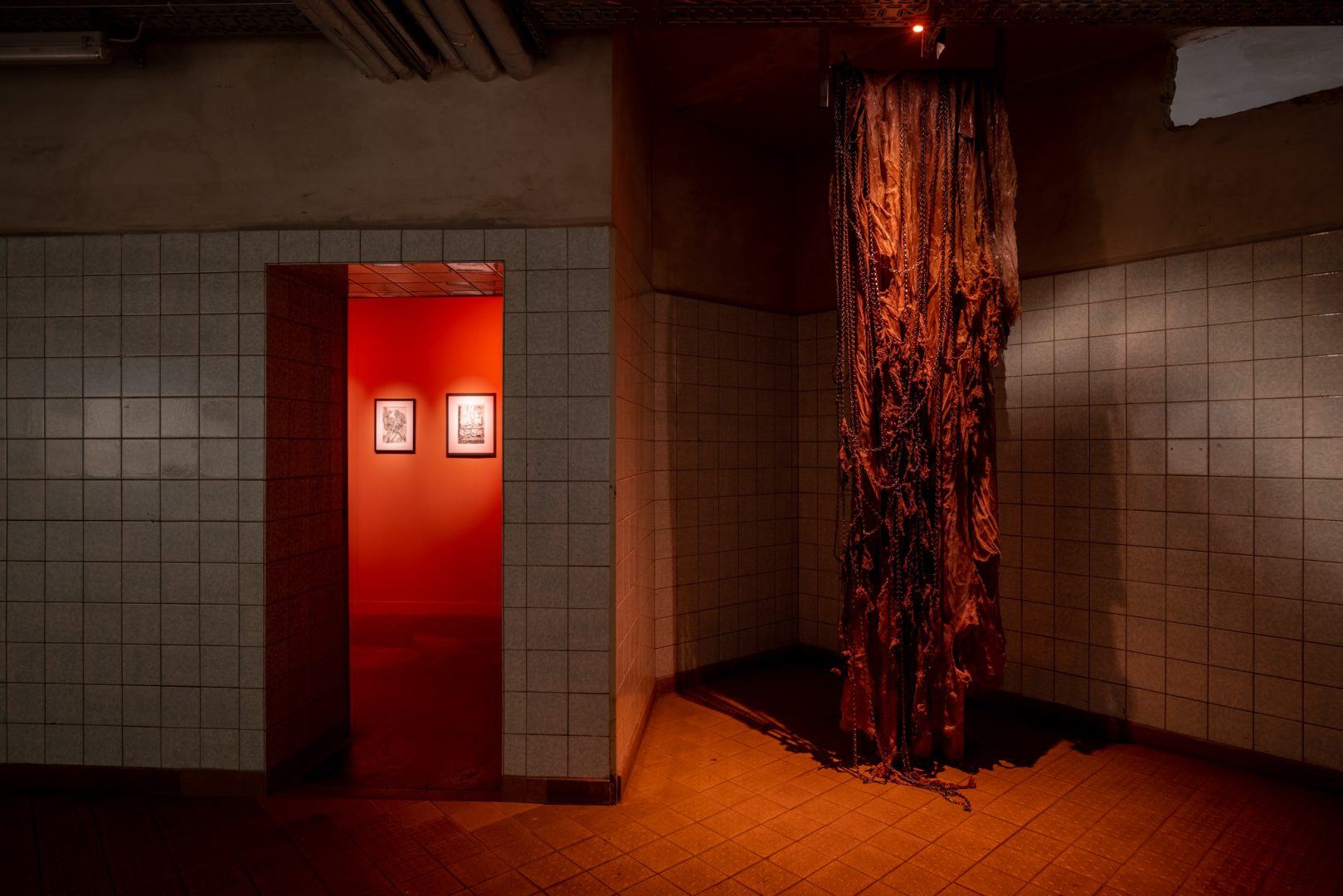 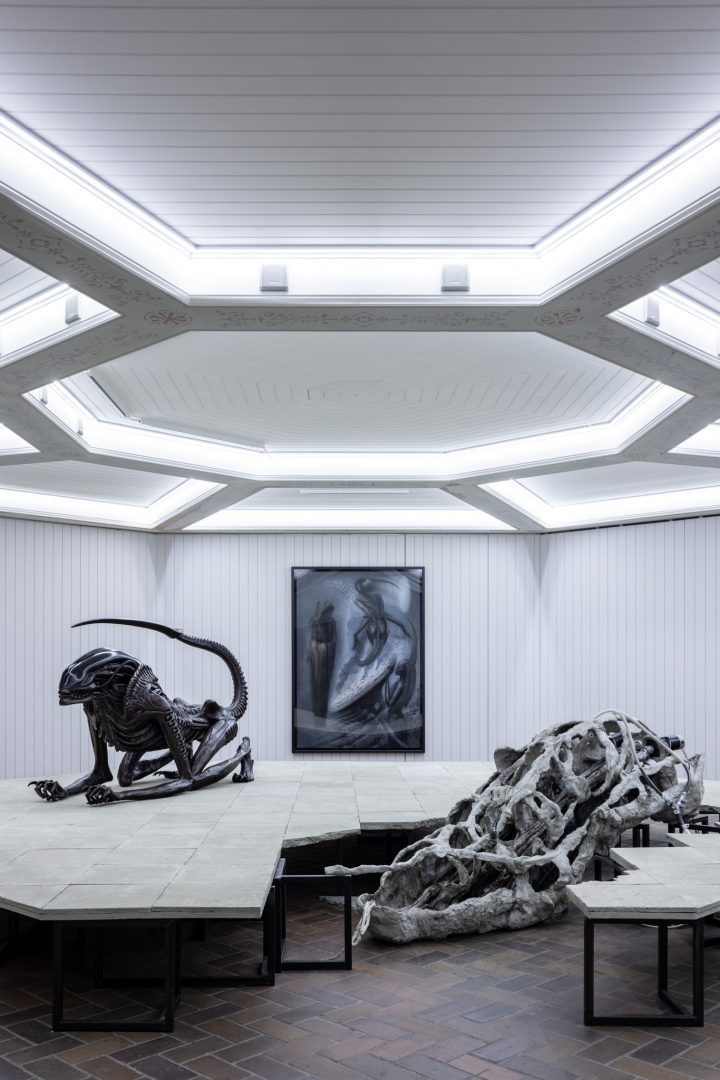 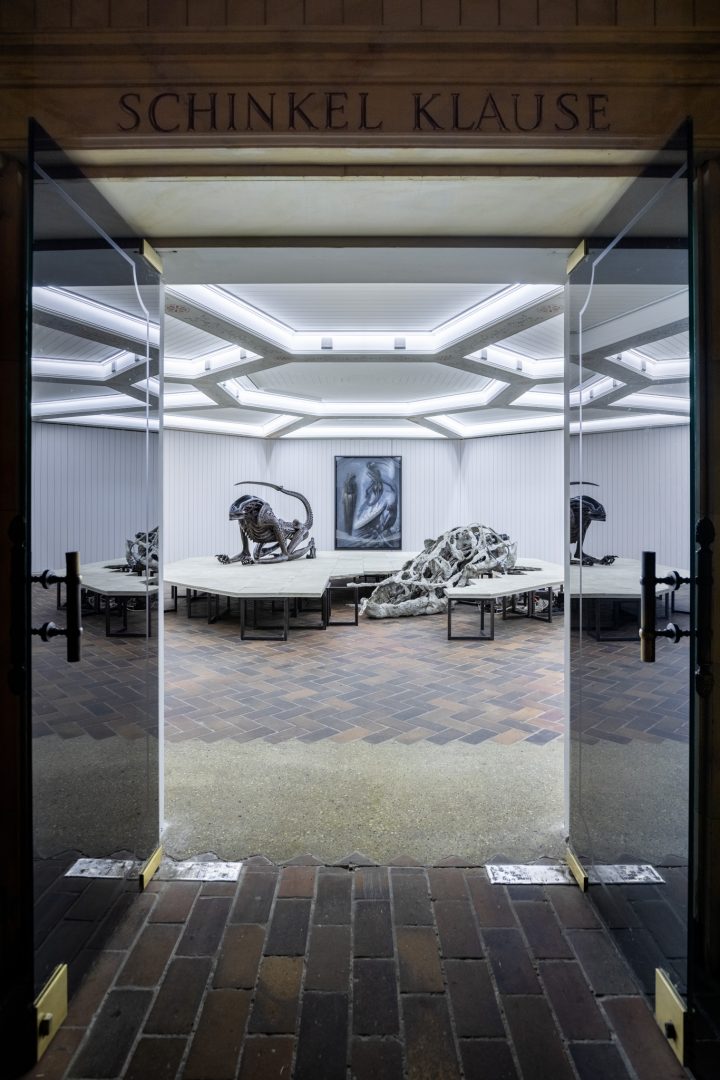 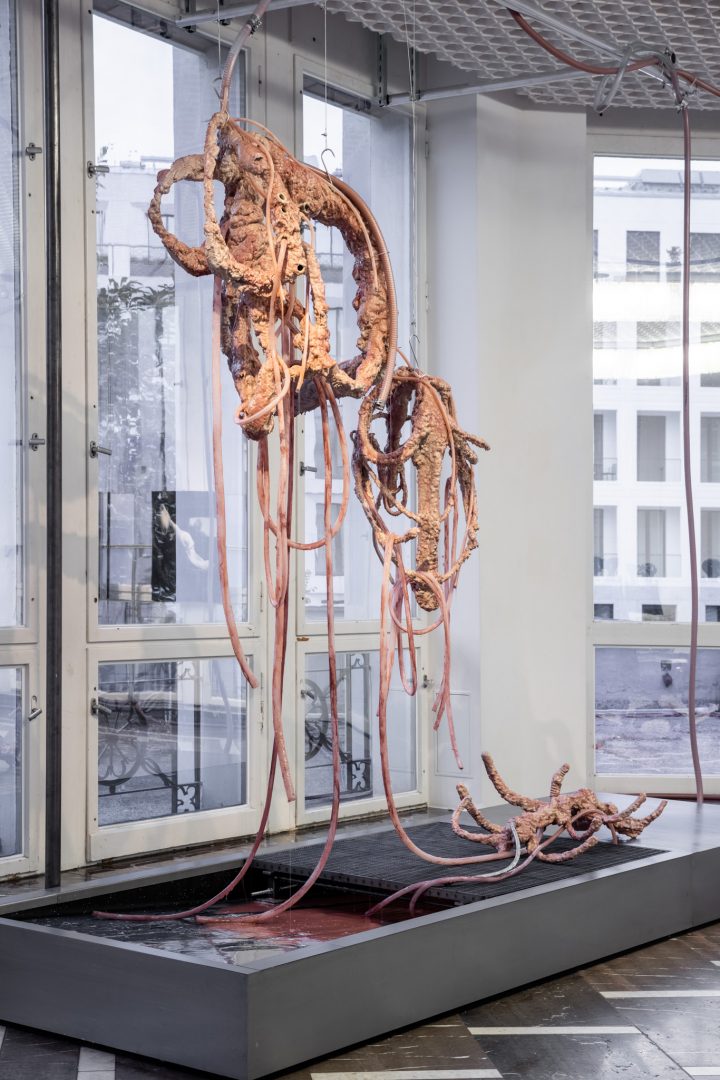 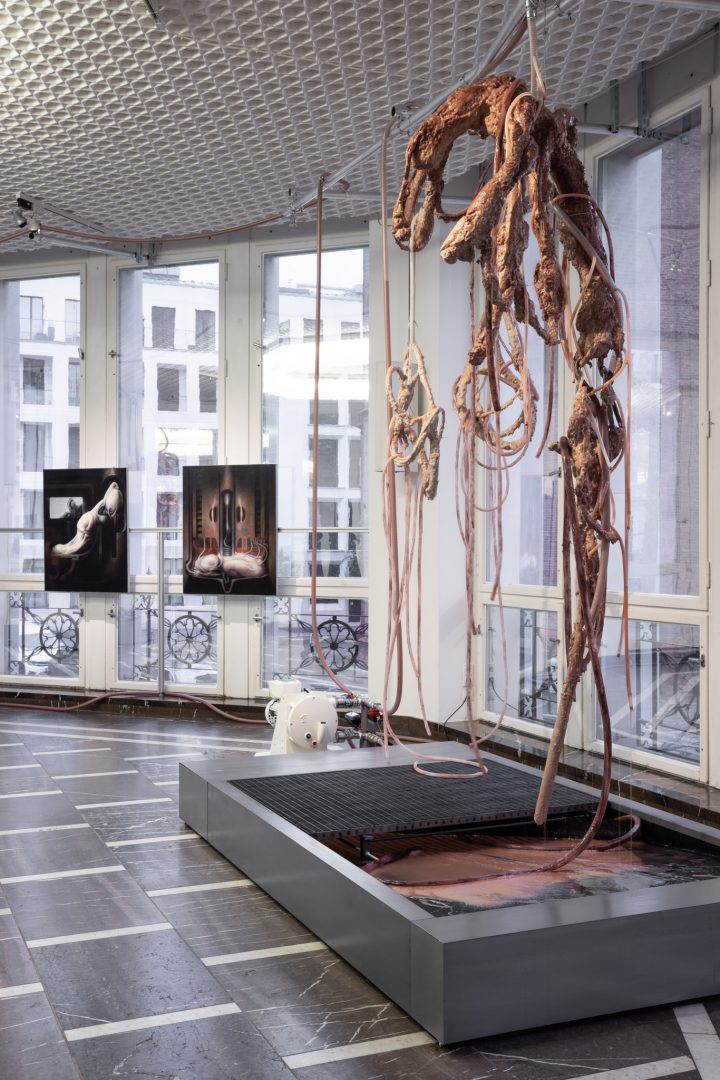 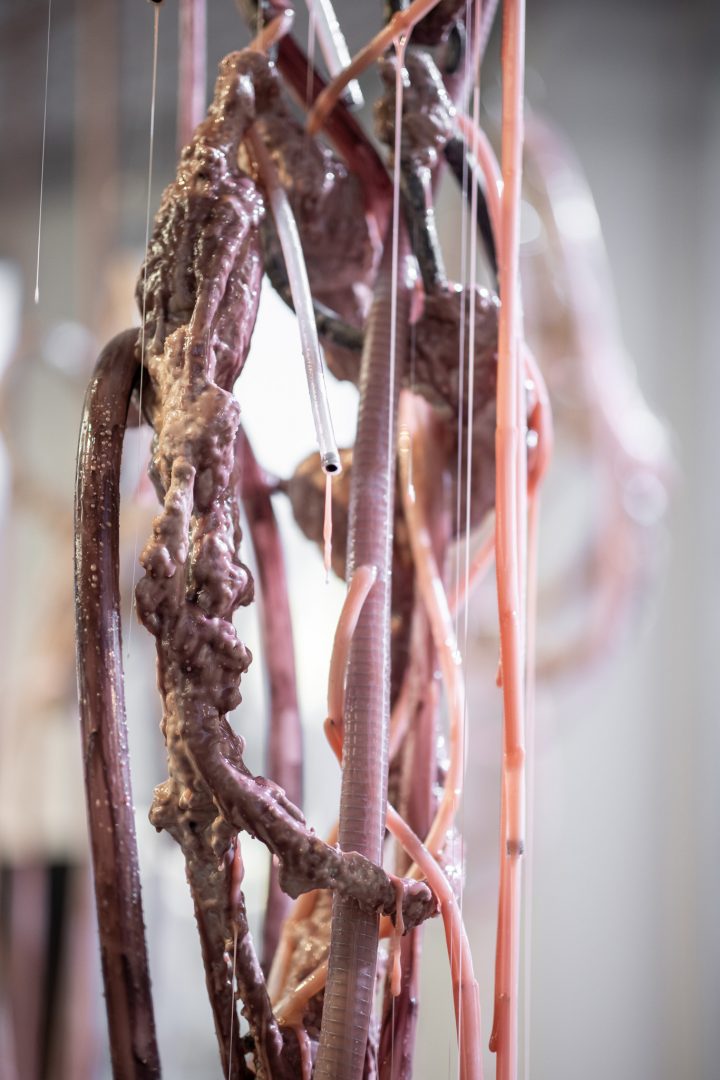 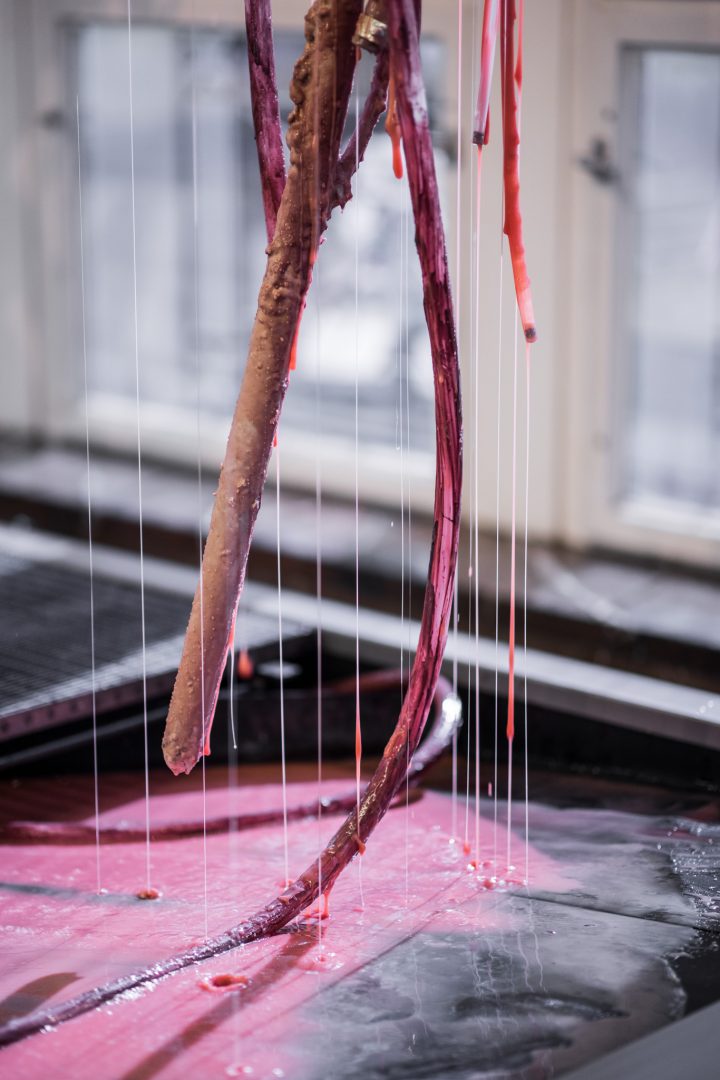 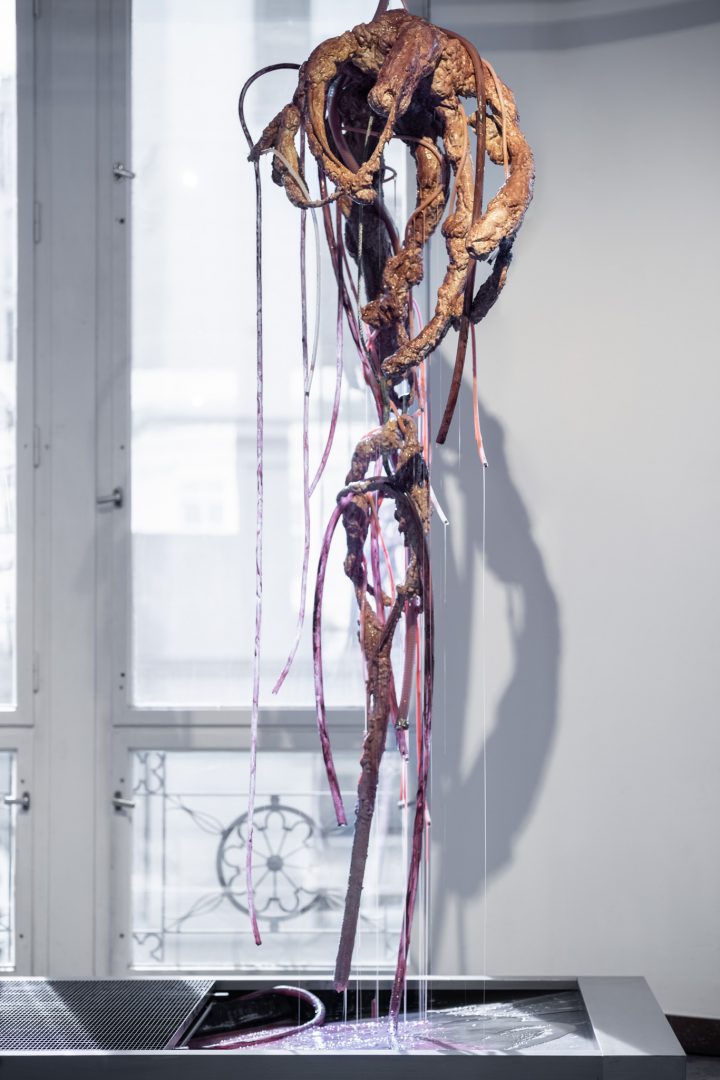 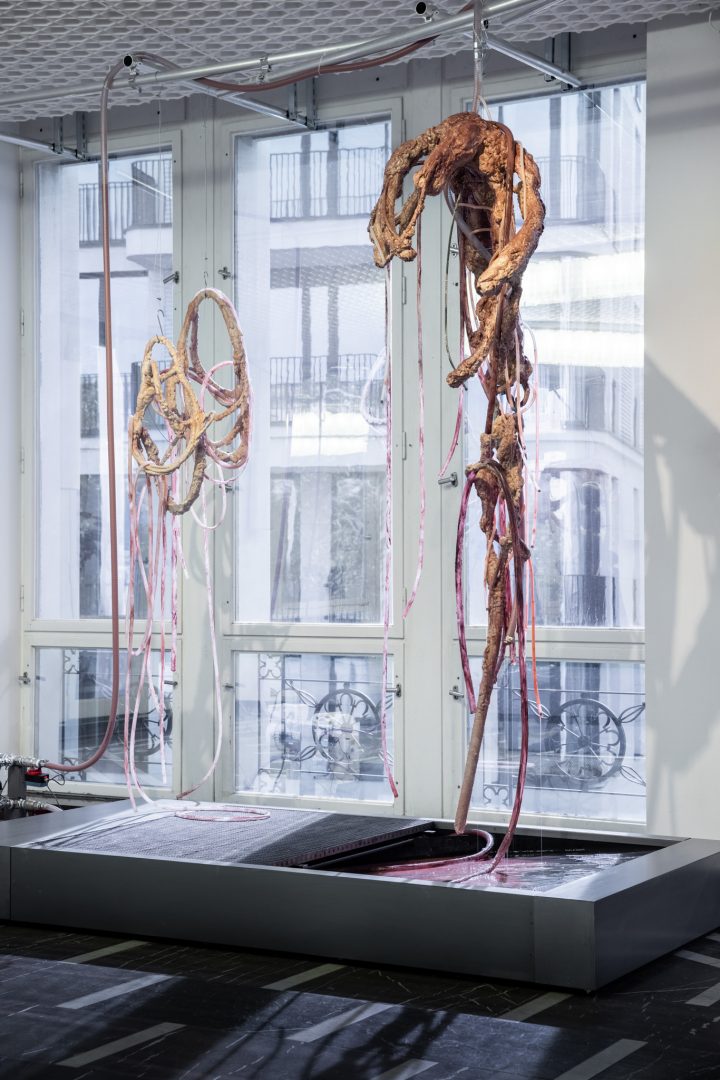 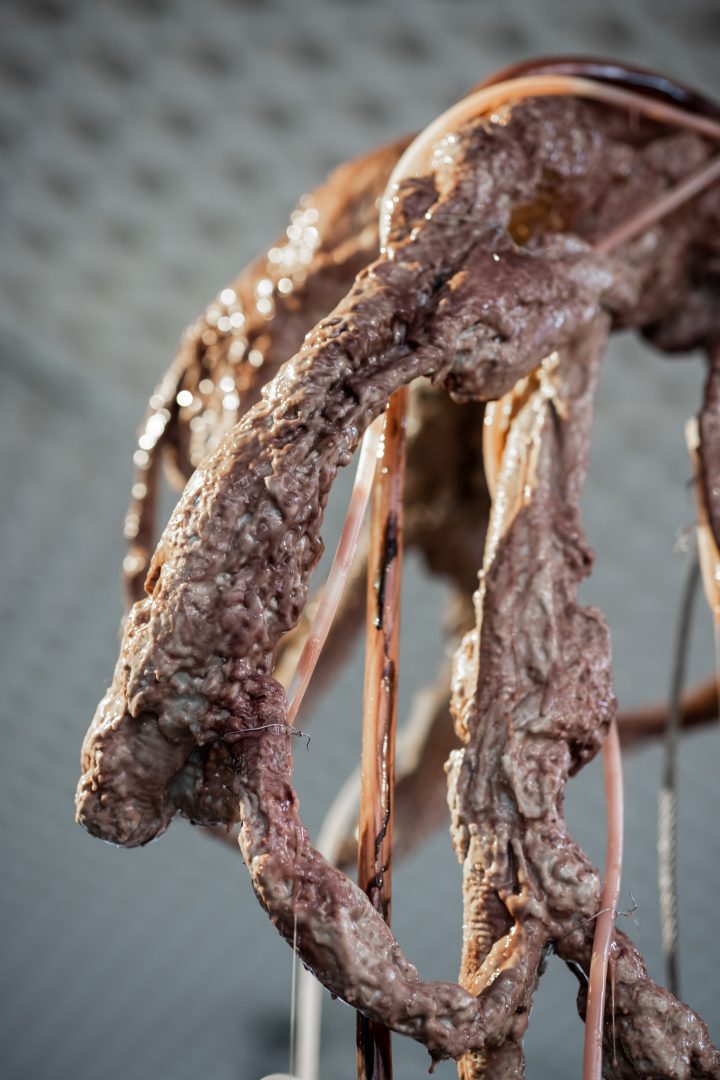 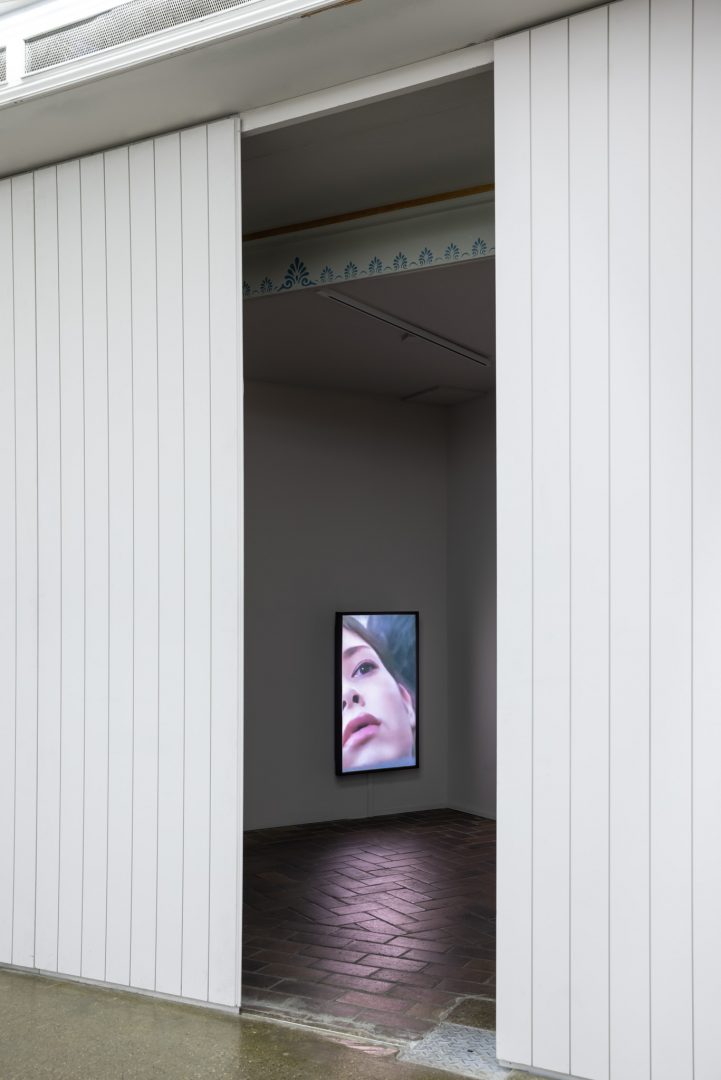 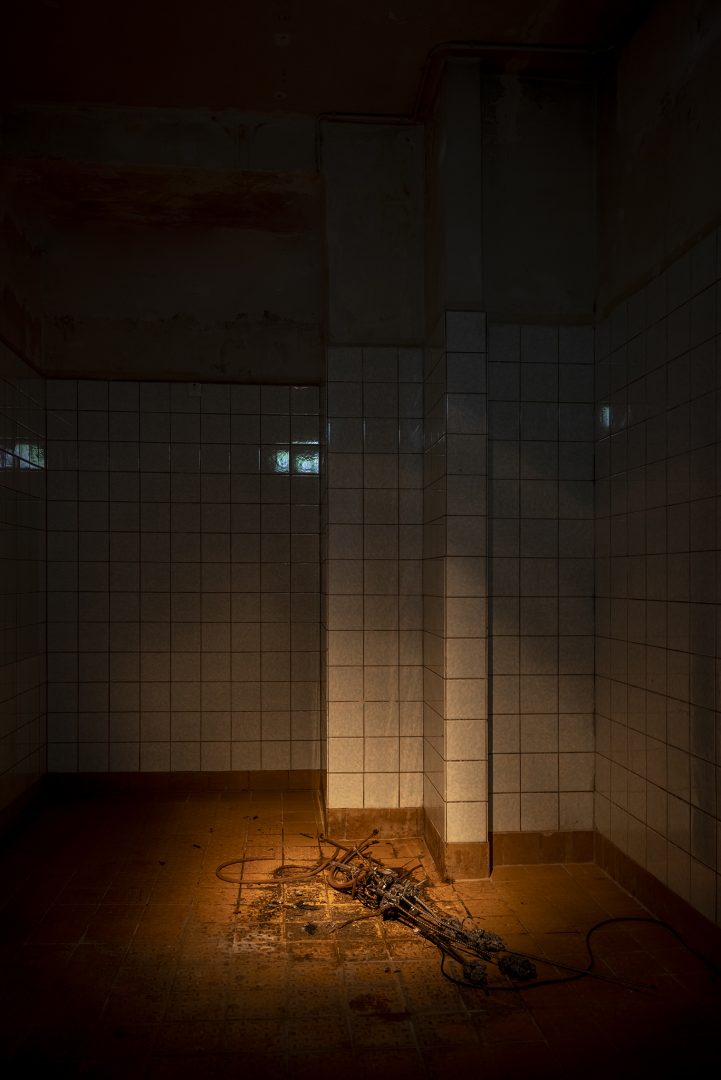