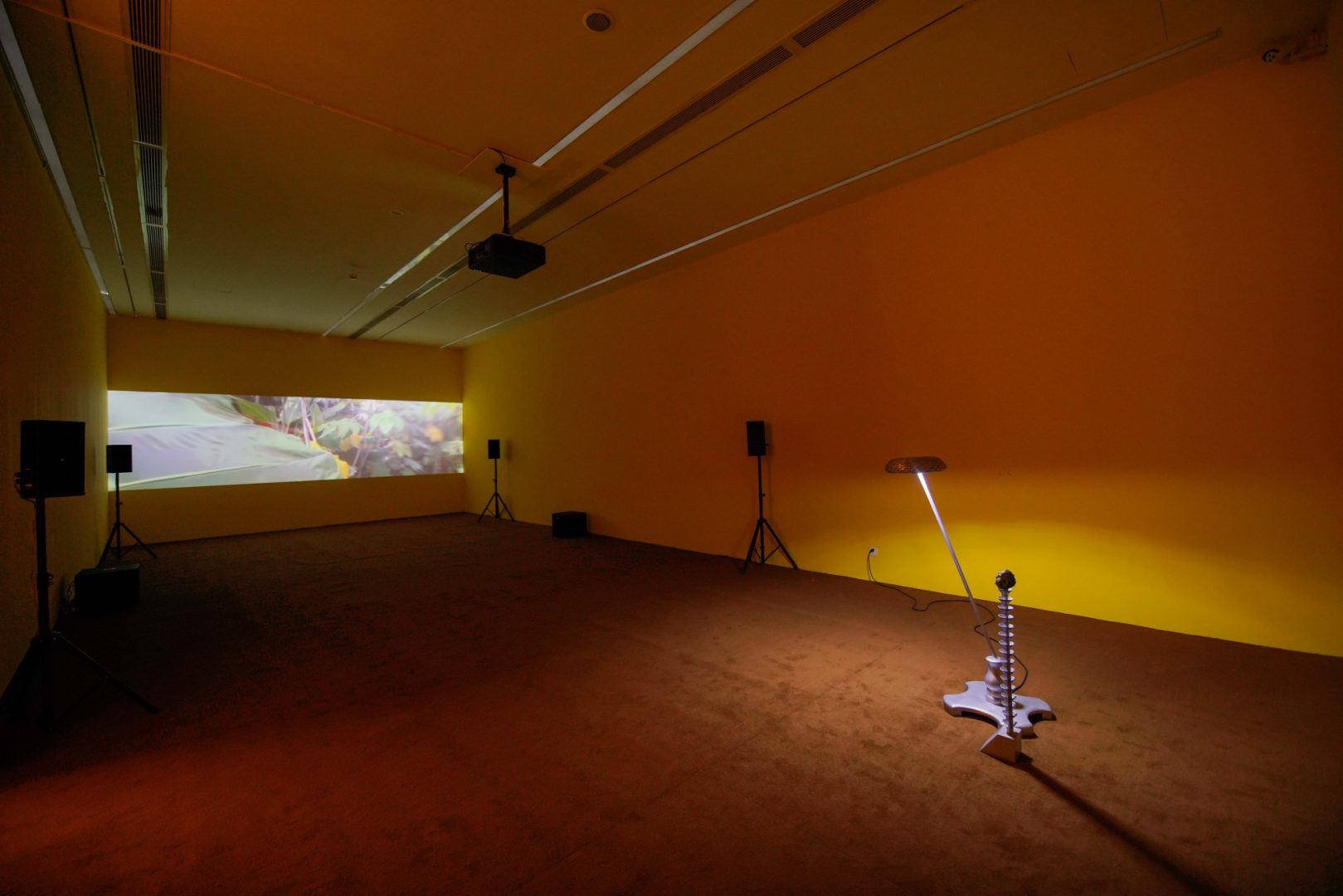 For the latest installment of the “New Directions” series of solo shows by emerging artists from throughout greater China, UCCA presents a new series of sculptures and film by Yu Honglei (b. 1984, Inner Mongolia, lives and works in Beijing). These artworks are born in an era where the internet and movie, television, and computer screens offer us constant distraction; they both imitate, and respond to, these phenomena. By giving viewers a stream of homogenous, emotionless, and face-paced images, Yu simulates human temporality, caught in a vortex of information, giving a sense of how lived realities can alter the very nature of the visual.

In 15’36”, the film at the center of the exhibition, Yu creates a rich narrative. The film’s title refers to its fifteen-and-a-half-minute duration. It begins with a throbbing sound paired with footage of a horse submerged in water. Next is the sound of muffled breathing alongside the image of a swimmer, eyes closed. Throughout the film, these couplings become more and more frenzied: a high-pitched whining, punctuated by explosions, runs in tandem with a clip of a man sinking a strange device into marshland; a Max Richter song plays as motorboats and ATVs take off across wetland and snow. Halfway through the film, several different sonic tracks fold together. Coughing, cymbals, and drumrolls are accompanied by clips of drones in the sky and beasts of burden; an oceanic din by images of a beekeeper and his bees; the twang of stringed instruments by footage of a car crash. The finale of the film doubles as its summation: a snatch of psychedelic trance music plays alongside a series of silent, American GIs, faces smeared with camouflage paint, who gaze out at the viewer. Their hypnotic stares transition suddenly to a close-up of a bird, beak open, pecking at the camera. It then cuts to black to the sound of a pile of objects collapsing. These repetitive, pulsating special effects cut time into distinct units, adding a tense rhythm to the artwork, and dissolving the original referents of the images and sounds.

15’36” forms an intertextual relationship with the metal sculptures in the exhibition. Some sculptures are miniature busts of heads, eyes open or closed to various degrees: some bulge widely, while others stare calmly out, shut tightly, or grimace in pain, reminiscent of people who have been blinded by intense light. The artworks I#5, I#6, as well as I#3 and I#4, on the other hand, are shaped like floor lamps, evoking the image of legs in motion, as if making linear the limitless space of consciousness. 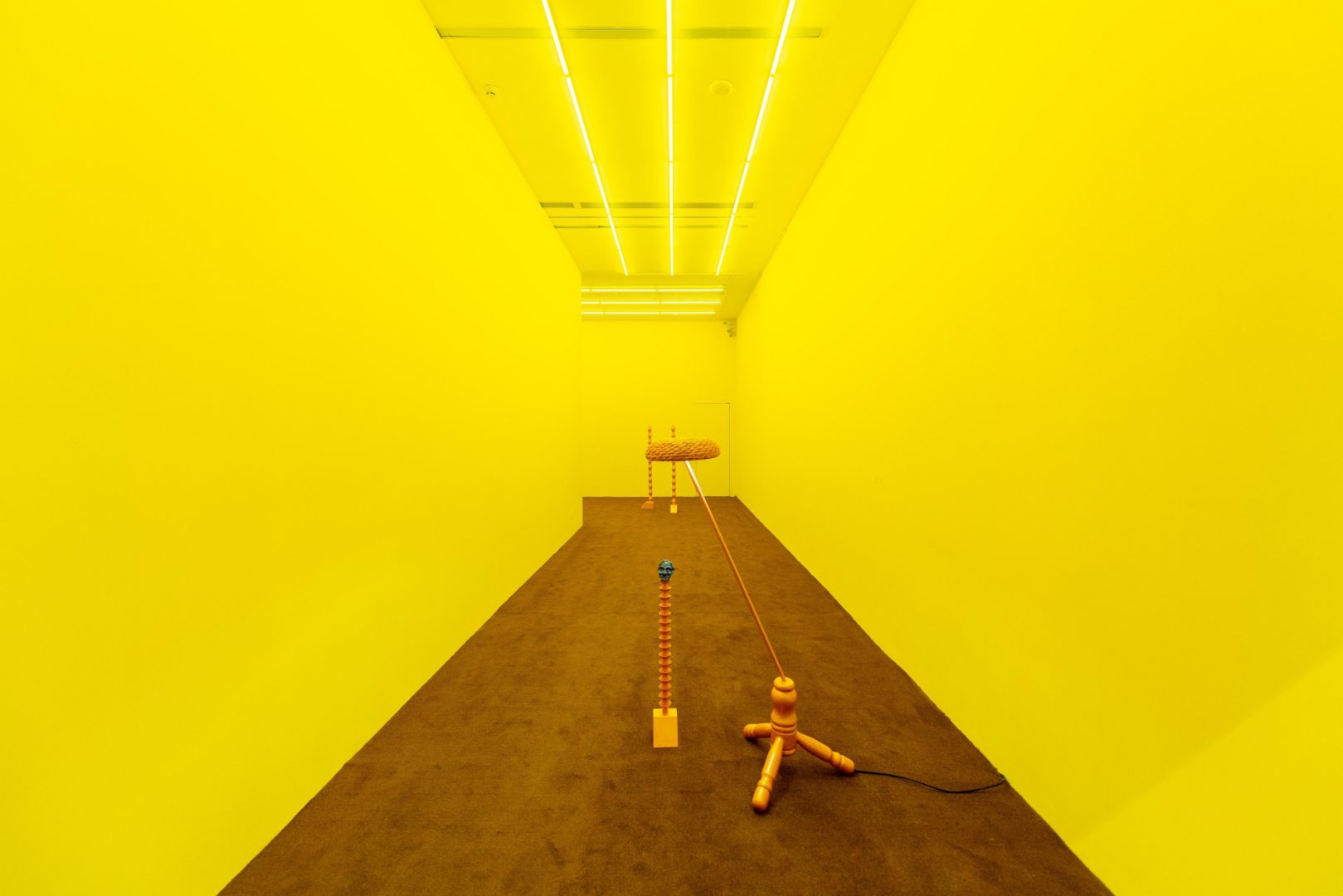 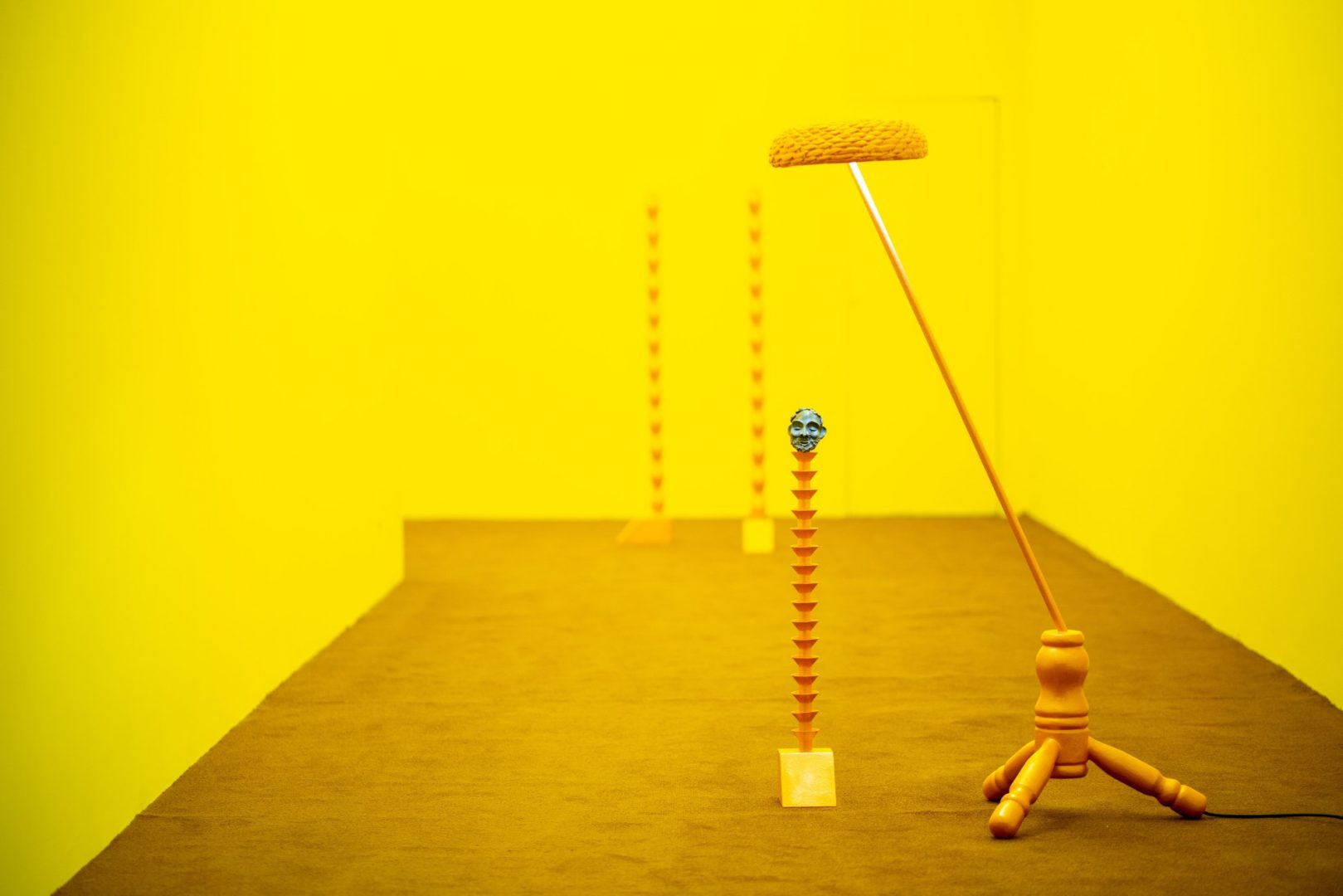 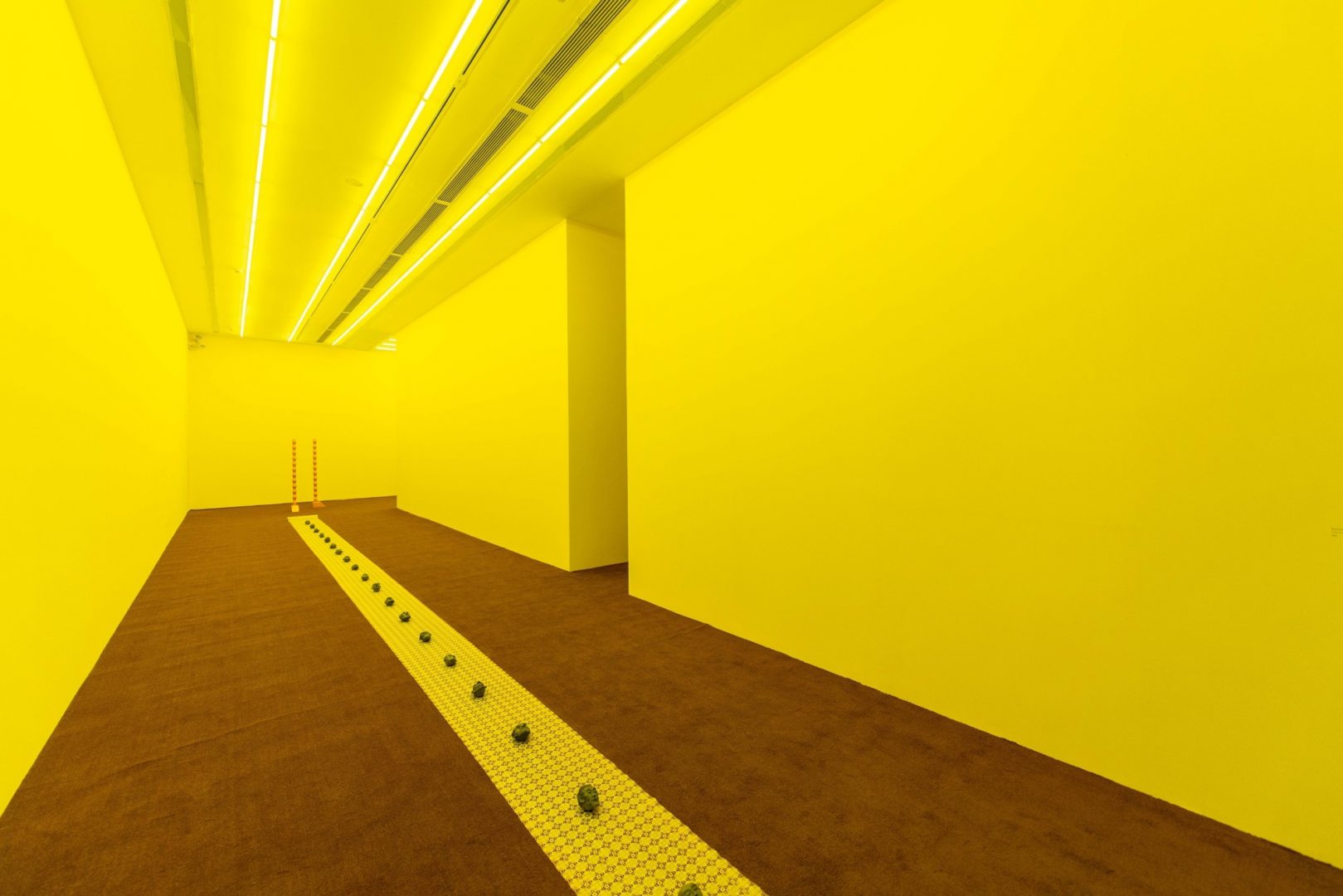 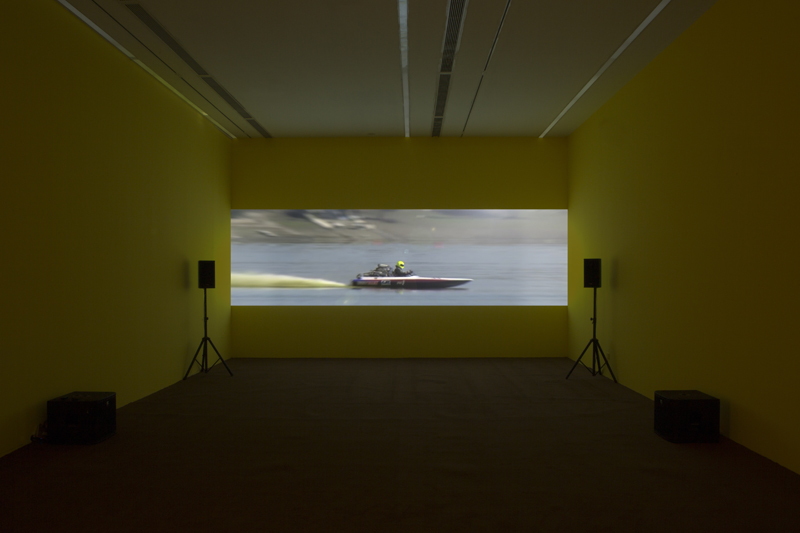 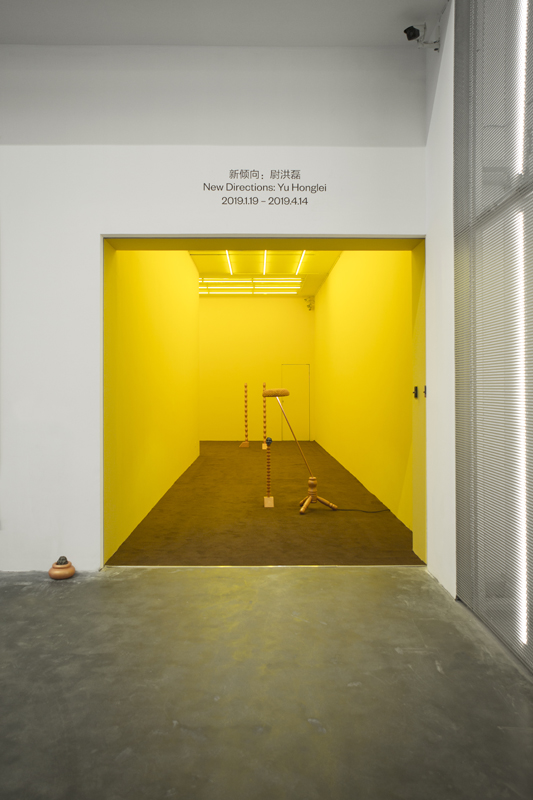 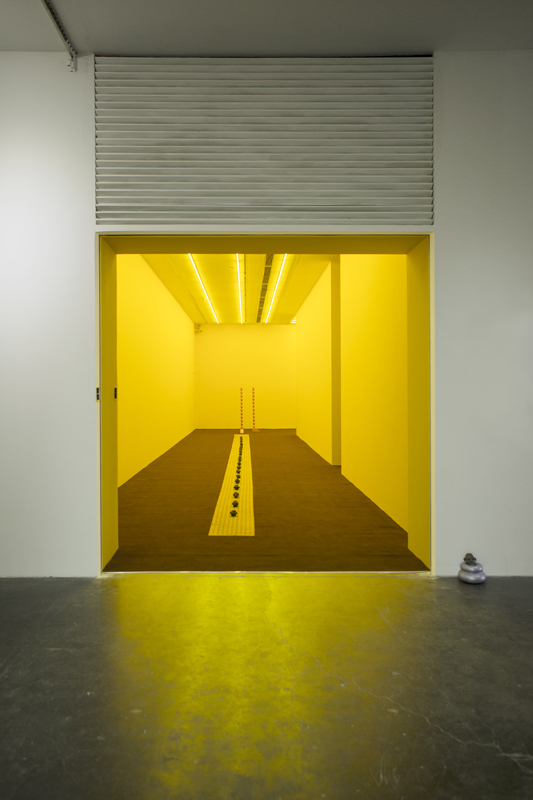 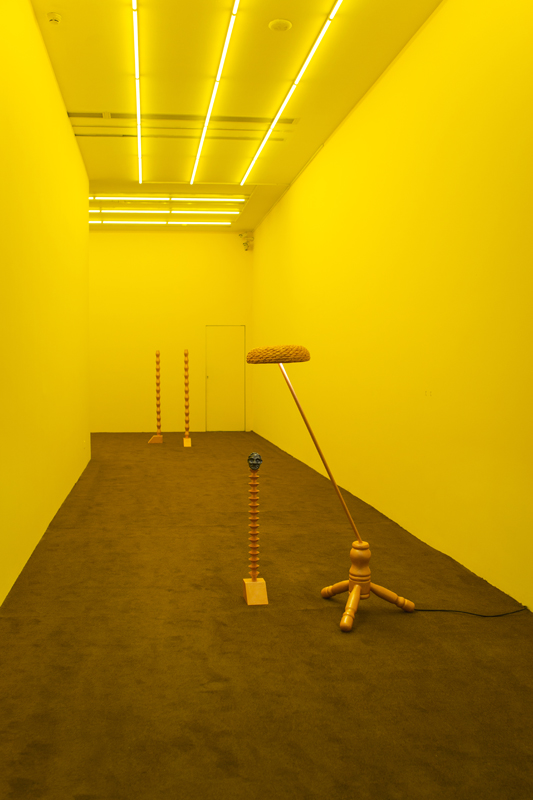 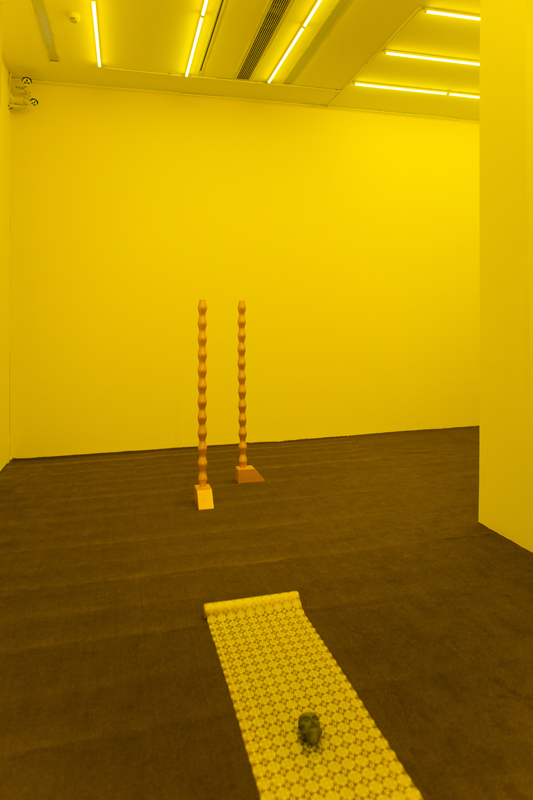 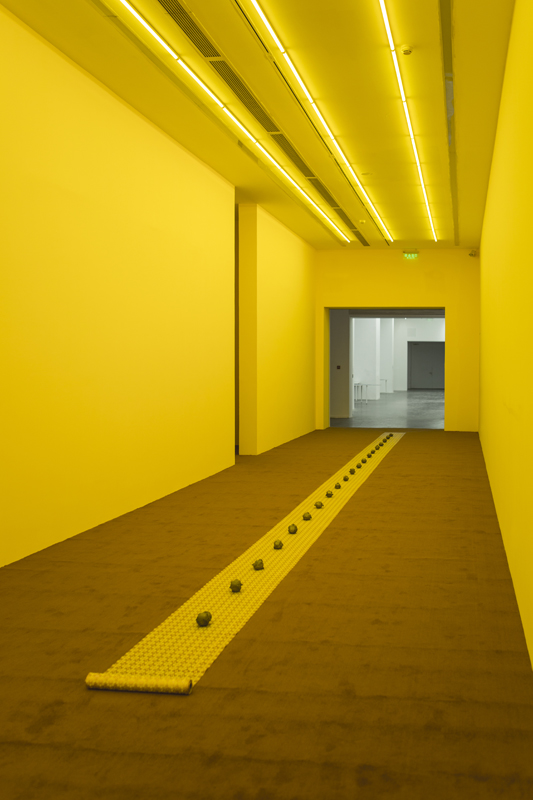 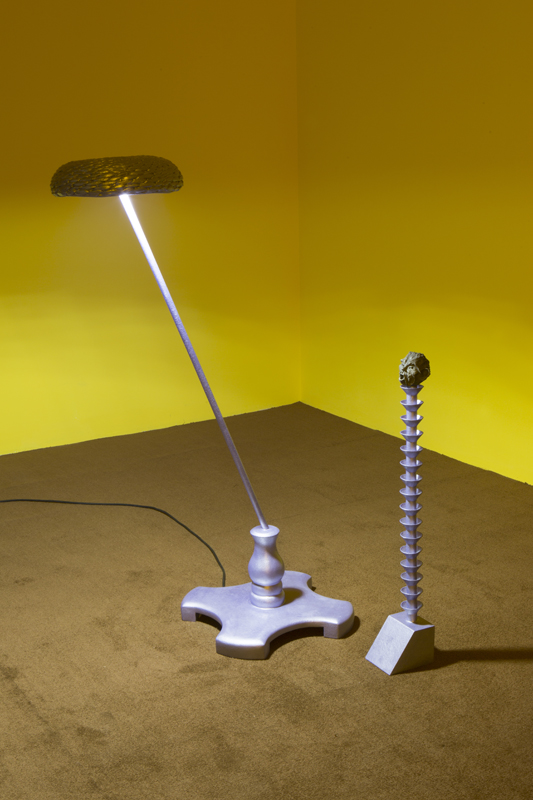