In Swallow Century, the exhibition that marks the second solo presentation of Yu Honglei in Antenna Space, Yu transforms the gallery into a public bath with his serial relief panels in Chinese totem. The panels in fluorescent hue of blue and green are carved with cranes. Their necks gesticulated in the peculiar twist, and the style reminiscent some of the old-fashioned ornament on the Chinese city landscape. Each of the panels is coupled with a bath sprinkler and its water spray petrified into the bead curtains. Surrounded by the public bath ornaments are the sculptural characters standing on the “futuristic superstore pallets”. Those roughly a dozen characters for Yu are sentient beings – some humanitarian figures (Stand, Noodle), a hybrid of clamshells and crane feet (Sisters Down the Hill), a tree fruits in late summer (A Long Hot Summer), the upright totem pole (Strolling Down to the Grassland), and so on. The artist did not fulfill us a direct explanation to the titles of the works as well as that of the exhibition. For him, what pronounces the meaning of the art objects is its plasticity, its visual form, in reference to the open system of visual cultures instead of their linguistic accounts. This account can be seen in a semi-autobiographical figure that is included in the exhibition (Cat): a cat that is absent from the putty base pallet but has nevertheless left its traces by the rhythmic scratches on the ground besides a row of ninja darts. In the artist’s conception, the agency of the cats’ paws or that of the darts that shapes the fabric of a substance is not so dissimilar to what sculptor is capable of doing. Here, Yu lends the interpretive space of the écriture of the title to the sculpture of sensibilities. Just as his sculptural practices often accompany with his moving image outputs, the exhibition host a brand new double-screen video En Route. The work takes Lawrence Weiner’s famous aphorisms into a subject of Yu’s visual inquiry. The artist provides with rich science fiction scenarios, through which embodying the intellectual travelogue Weiner’s pithy epigrams and graphics have signified. Yu takes the chance speculating on these sentences, situating Weiner’s text-sculpture in an age of systemic overproduction of creativity. This skillful blending of the two different artistic regimes (say, the cold media of the conceptualism vis-à-vis the hot media of Yu’s visualization) provides an enchanting echoing womb that generates a new approach of reading Weiner’s conceptual oeuvre. 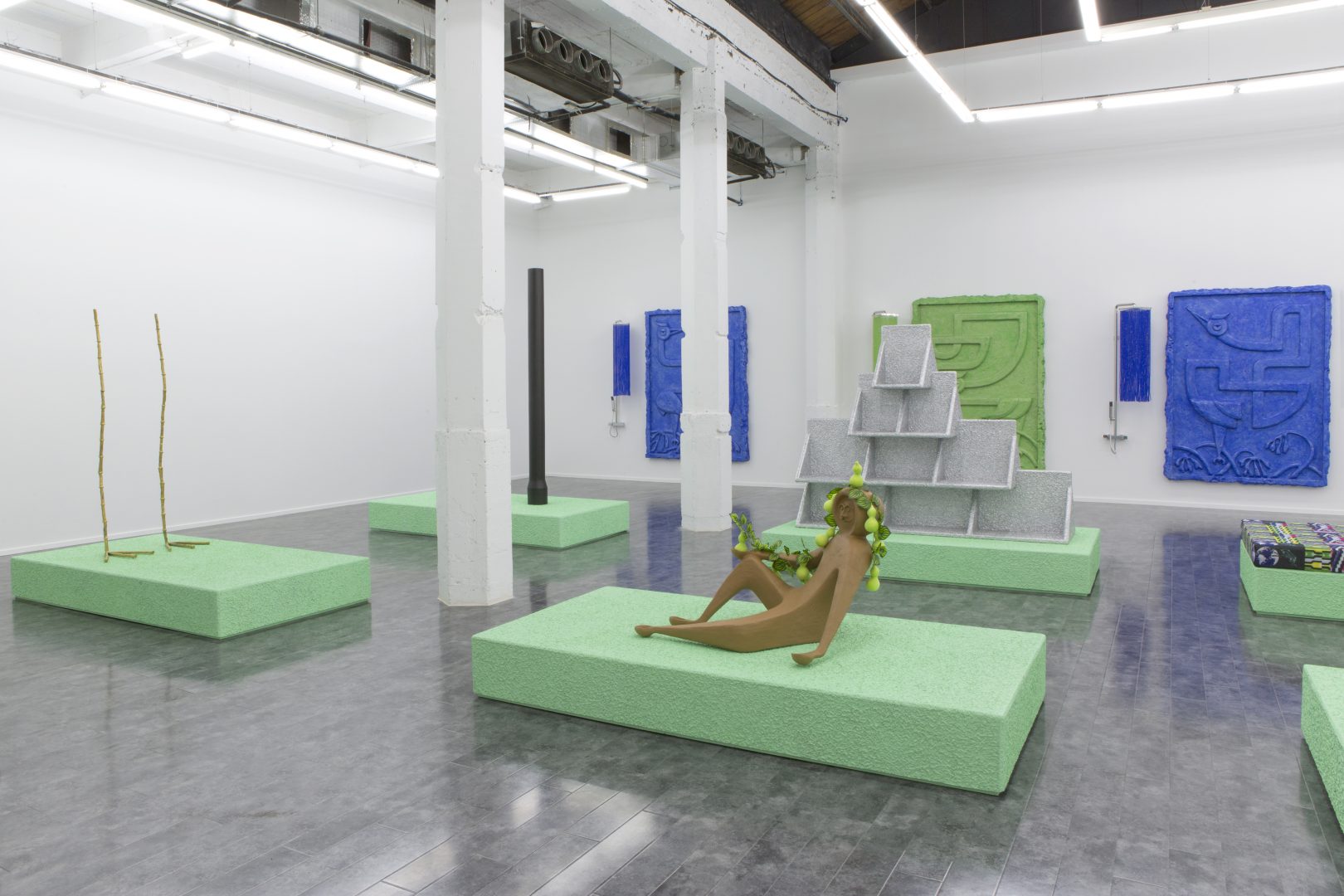 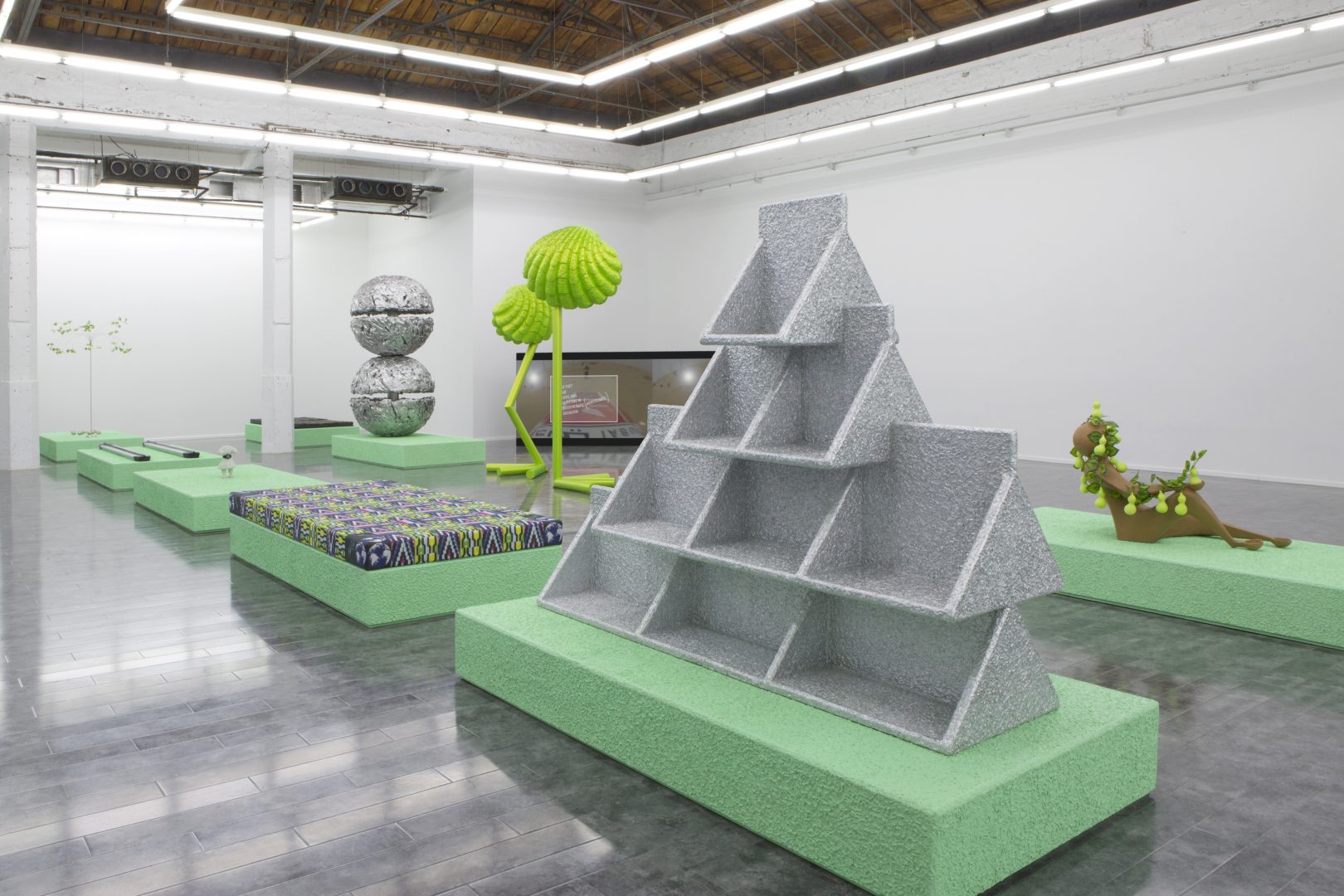 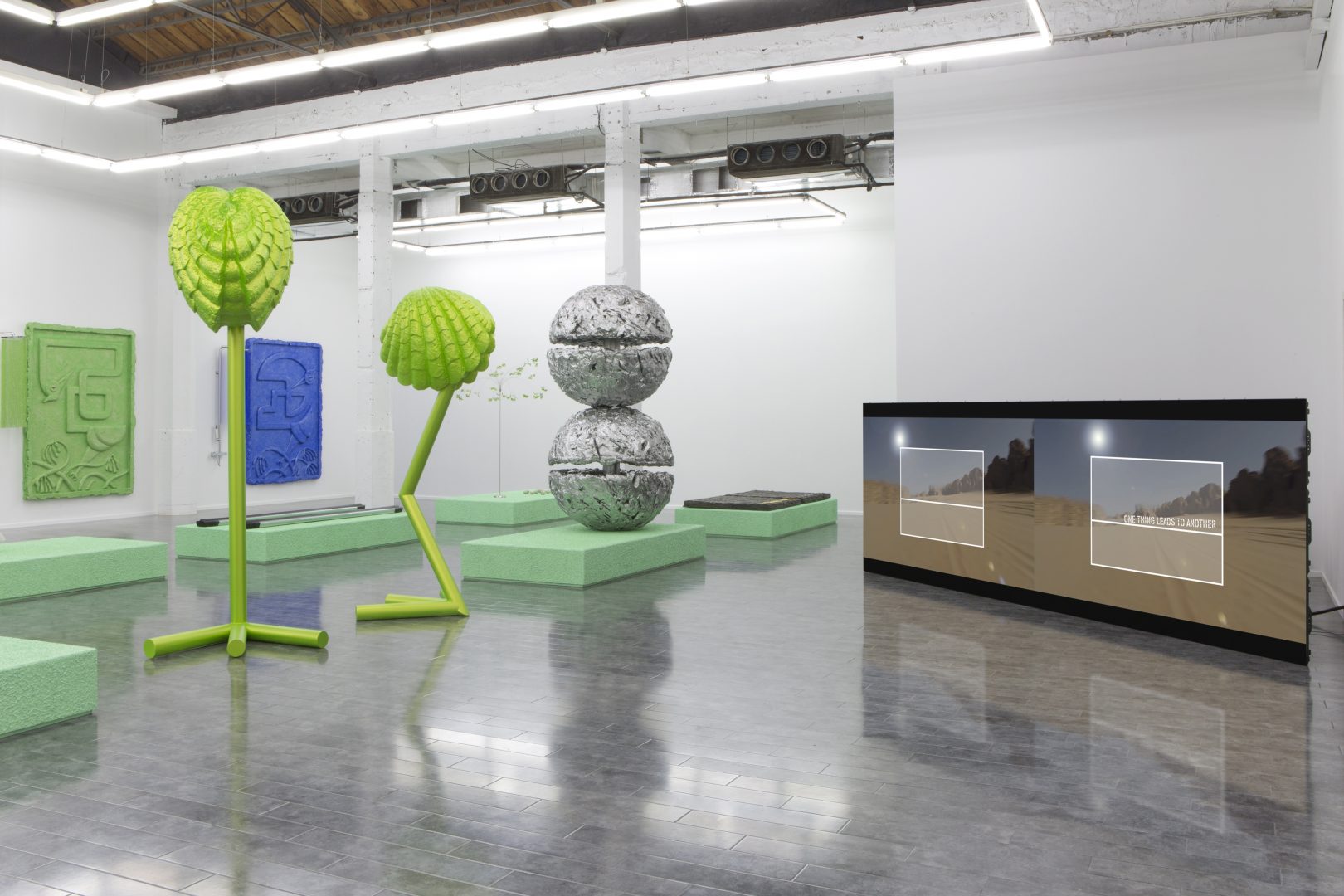 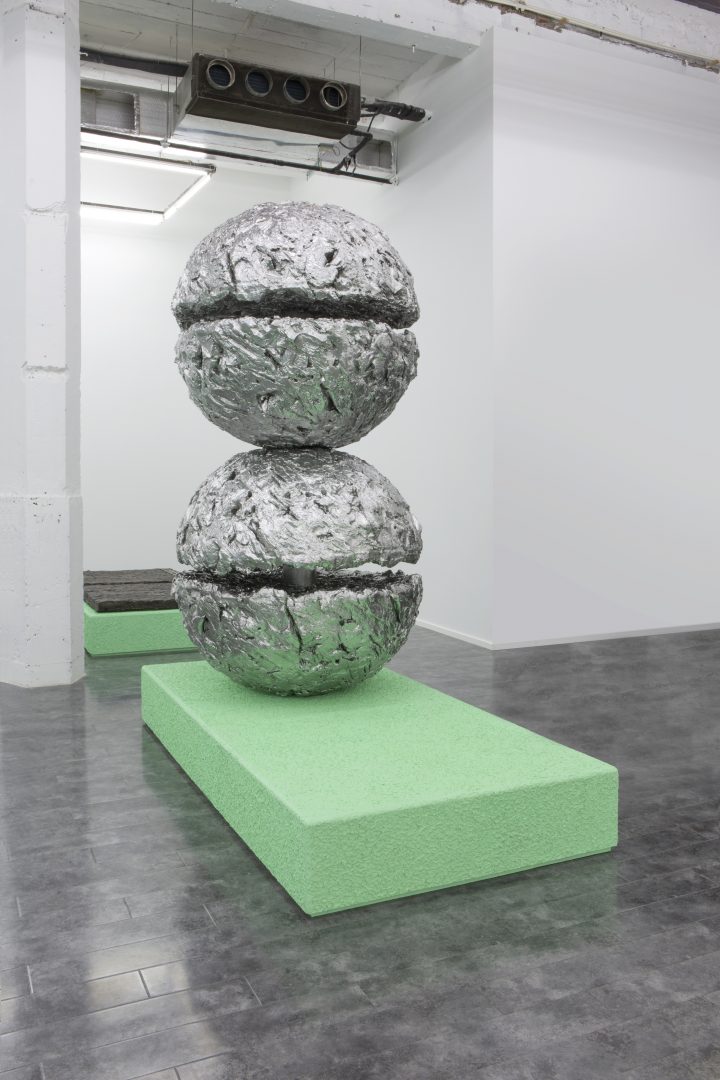