Allison Katz：Muse with a Short Fuse 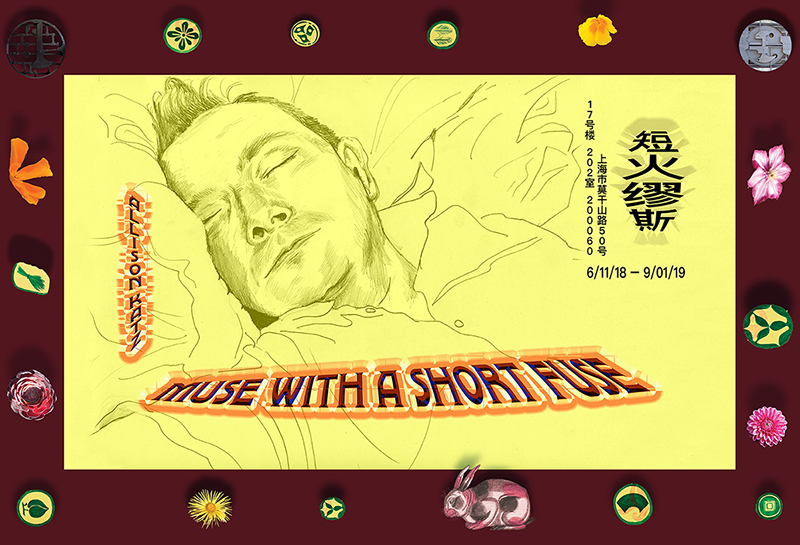 Antenna Space is pleased to present Muse with a Short Fuse, the first solo presentation in China by Allison Katz. The exhibition forms the third part of a trilogy that began in January 2018 with Katz’s museum exhibition Diary w/o Dates (Oakville Galleries, Ontario, Canada, traveling to the List Centre at MIT, Boston, US in May 2018), followed by Period, on view from September to November 11, 2018 at Gió Marconi Gallery, Milan. All three exhibitions have as their central preoccupation the expression of time, as both a motif and subtext in painting.

Muse with a Short Fuse expands on the durational element inherent to painting’s imagery and context by exploring one of its longest-standing myths, that of inspiration as wrought by a Muse. Since antiquity, the figure of the (always female) muse was said to gift divine ideas to the (always male) artists whom she favoured. The persistence of the Muse as an external presence has been consistent right up the abject but saintly Venal Muse by Baudelaire in 1857 to the sarcastic Amused Muse of René Daniëls in the 1980s.

Fast forward, the old equation has evaporated. The muse is a shape-shifter; fluid, ambiguous and able to take on any form (beyond human, animal, and space.) There are no longer fixed roles, only an elastic dynamic: muse and artist now constantly change hands, embroiled in an ongoing conversation about origins, intentions and expectations. Both are threatening at any moment to turn away in distraction: ‘the short fuse’ is the result of hormones (Period) and hyper-acceleration (Diary w/o Dates). The act of painting wrestles with the limits of time, forcing a glimpse to stay for as long as necessary, making a pact of material persuasion.

The ten paintings collected here are structured around the original mosaic floor of Antenna Space itself, with it’s five inlaid tiles of geometric patterns, the circle pattern in echo of the round ceramic plates displayed in various formations in Period. Each painting takes a different position, and explores a new idea, but they are all created by one handwriting, that is, the artist’s particular style, which remains both recognizable and mercurial.

A classic inversion sets the stage, as Katz’s partner Philip poses, but never directly – he might appear as a shadow beside cabbage (Cabbage [with Philip] No. 15) or via the surrogate of a cock in a series ongoing since 2011. This exhibition features the first time when these series overlap (Cabbage Cock). But the letter ‘P’ itself is equally generative: a shape that stands in for a name, an action or another artist; and when reflected becomes another initial altogether (pb).

Katz takes the materials generated by her diverse practice and fuses them back into the cosmos of painting. For example, she reclaimed the photographs from a fashion shoot by the Italian menswear company Paolo Pecora, for whom she designed a sweater in 2016; swapping out their model for one of her own in Fusion (PC for PP). The cover she created for the 2018 fall edition of the London–based literary magazine, The White Review, was scaled up and painted with rampant texture in opposition to its original graphic printing, repurposed for a new context, punning on her last name’s capacity for making a début, this time on a new continent (Katz Outta The Bag).

Naming has long served Katz as a muse, a name being something one is given without asking, both an individuating marker and shared by others; it is a site to question and play games with subjectivity, authorship and autofiction. Phil Lips is both a breakdown of a name and a description of its protagonists mouth – and a versioning of The Lovers, Observatory Time, 1932– 34, Man Ray’s surrealist icon, cathartically dedicated to Lee Miller after they broke up. Café Man Ray at the Copley Galleries, LA, 1949 pictures the original exhibition of this painting, posed inside an open mouth (a motif Katz has previously used in other paintings, such as Heaty) contra to the one that is closed.

The threat of the short fuse is counteracted by painting’s lasting impact, both as a material object in the digital age, and as a psychic act for marking existence. For Katz the metaphor of the muse is distinctly anti-algorithmic – rather than upholding the artist’s tastes, defiant and unpredictable forces converge. In this way, the painting process itself multiplies, reinvents and mythologizes meaning anew. 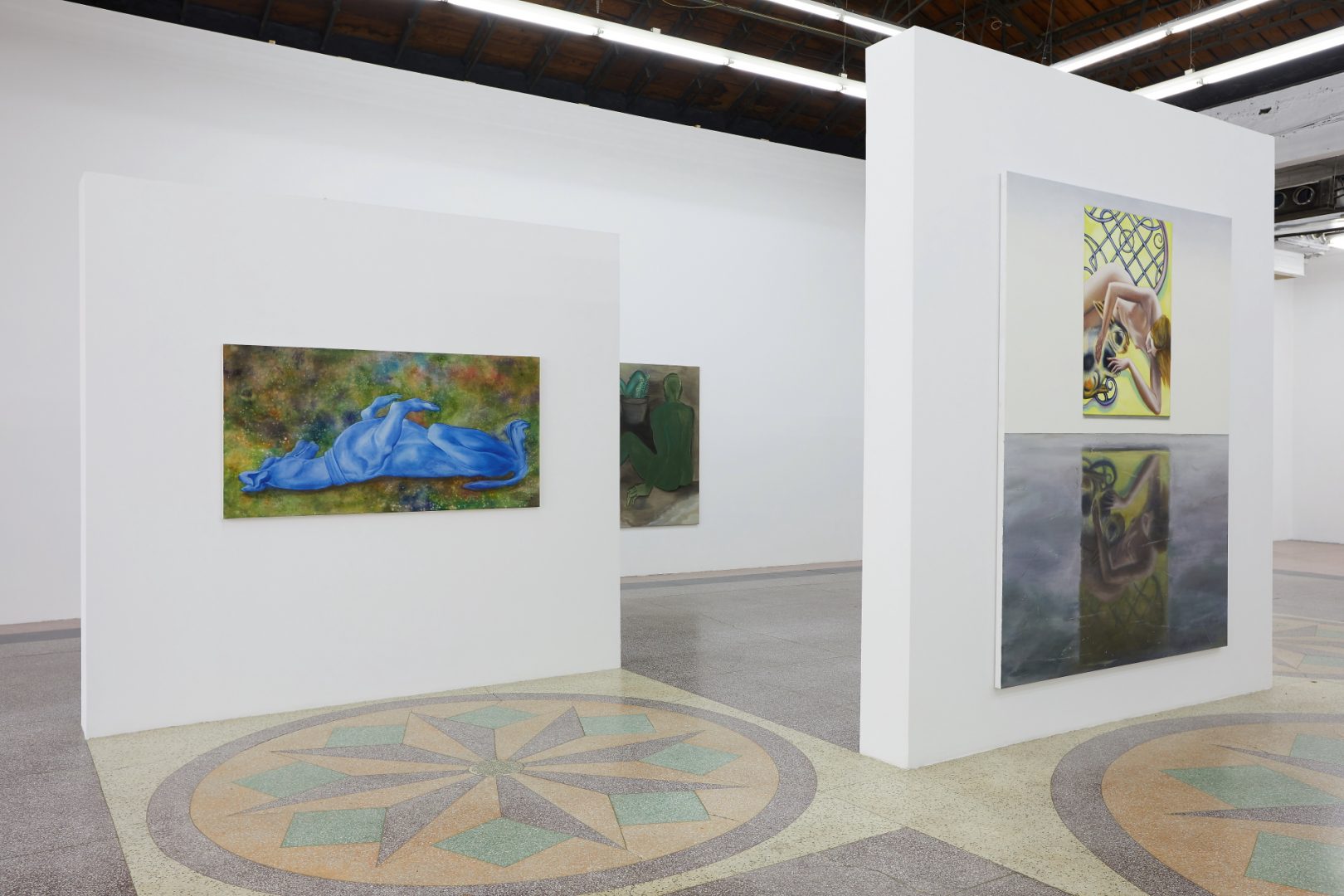 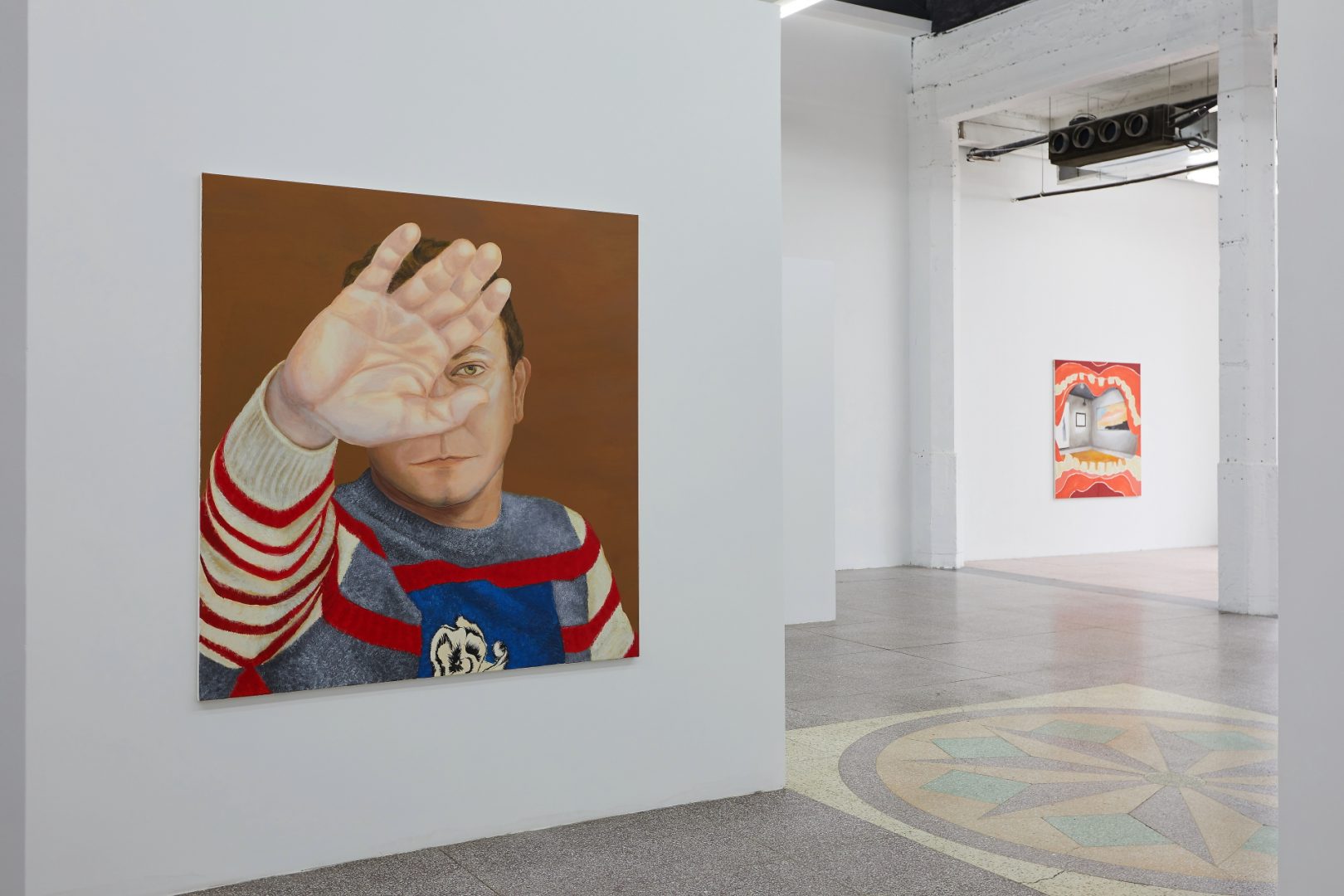 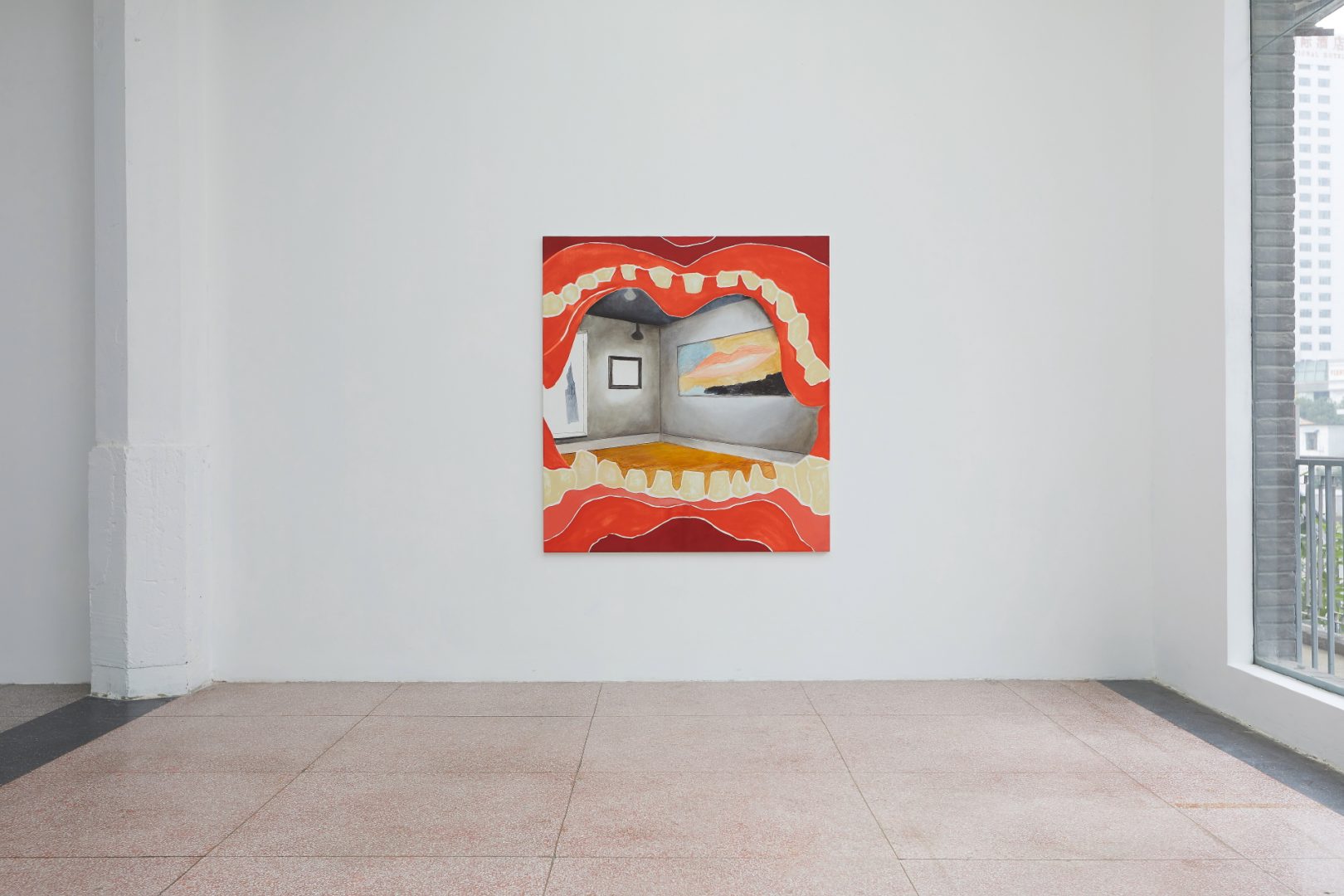 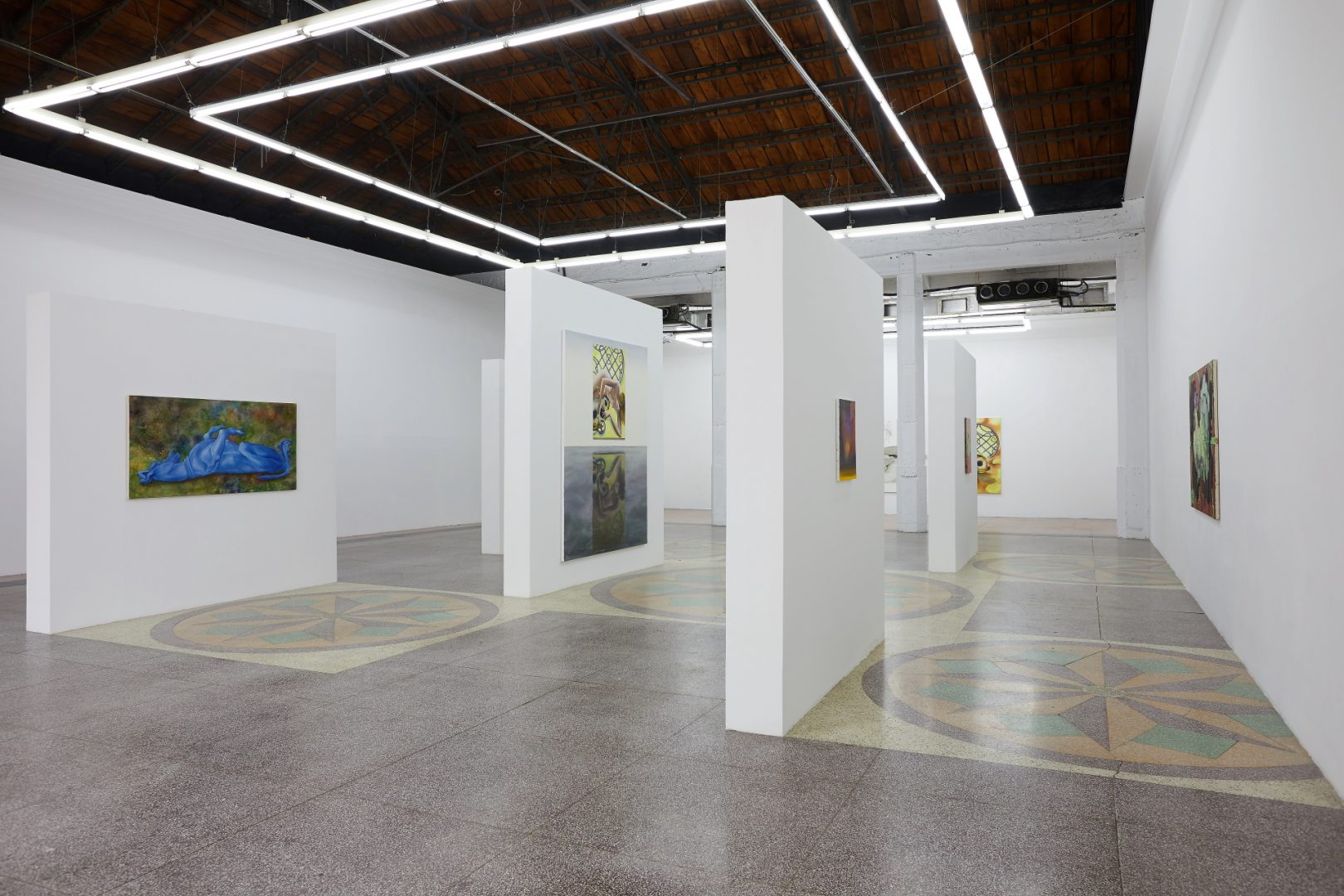 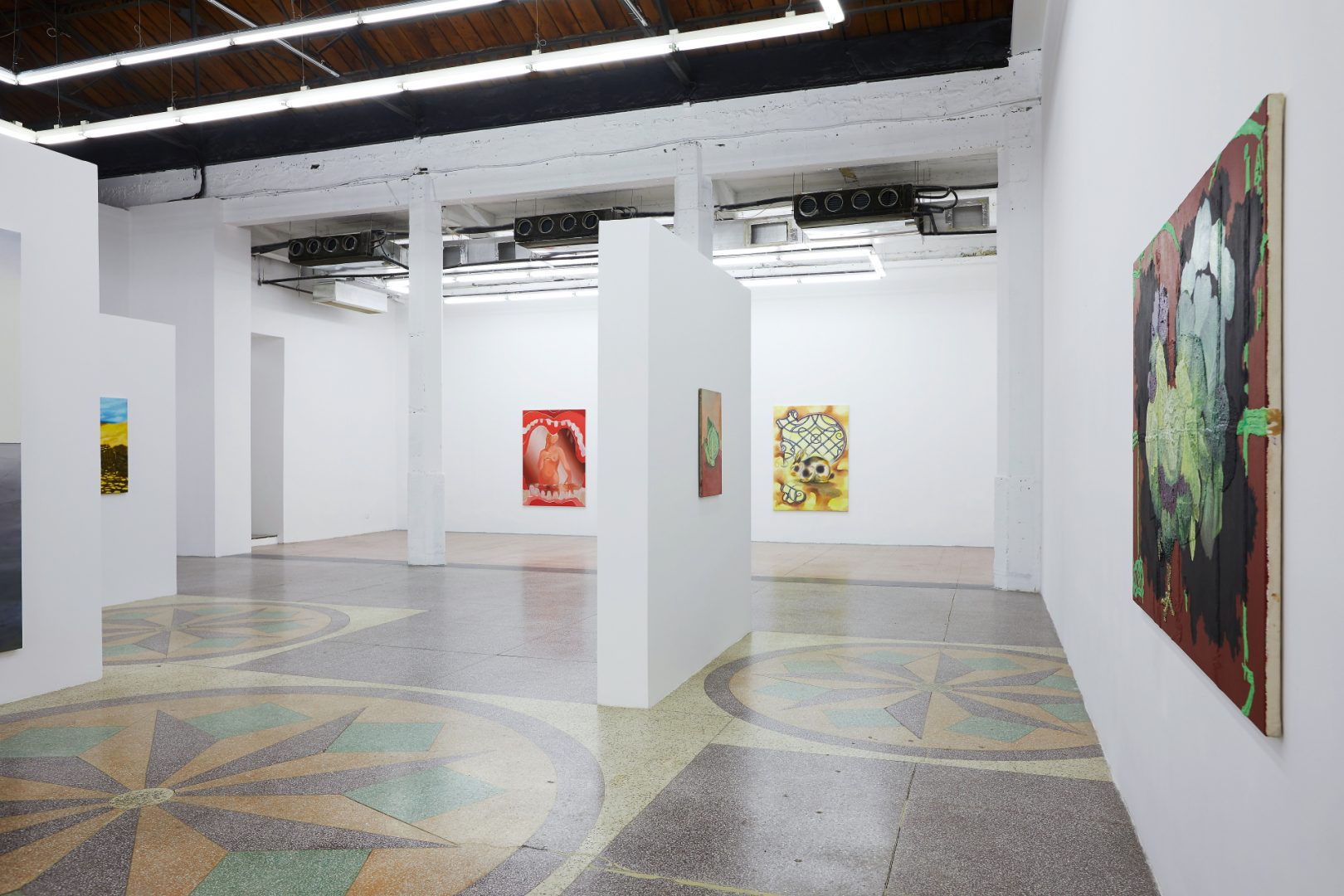 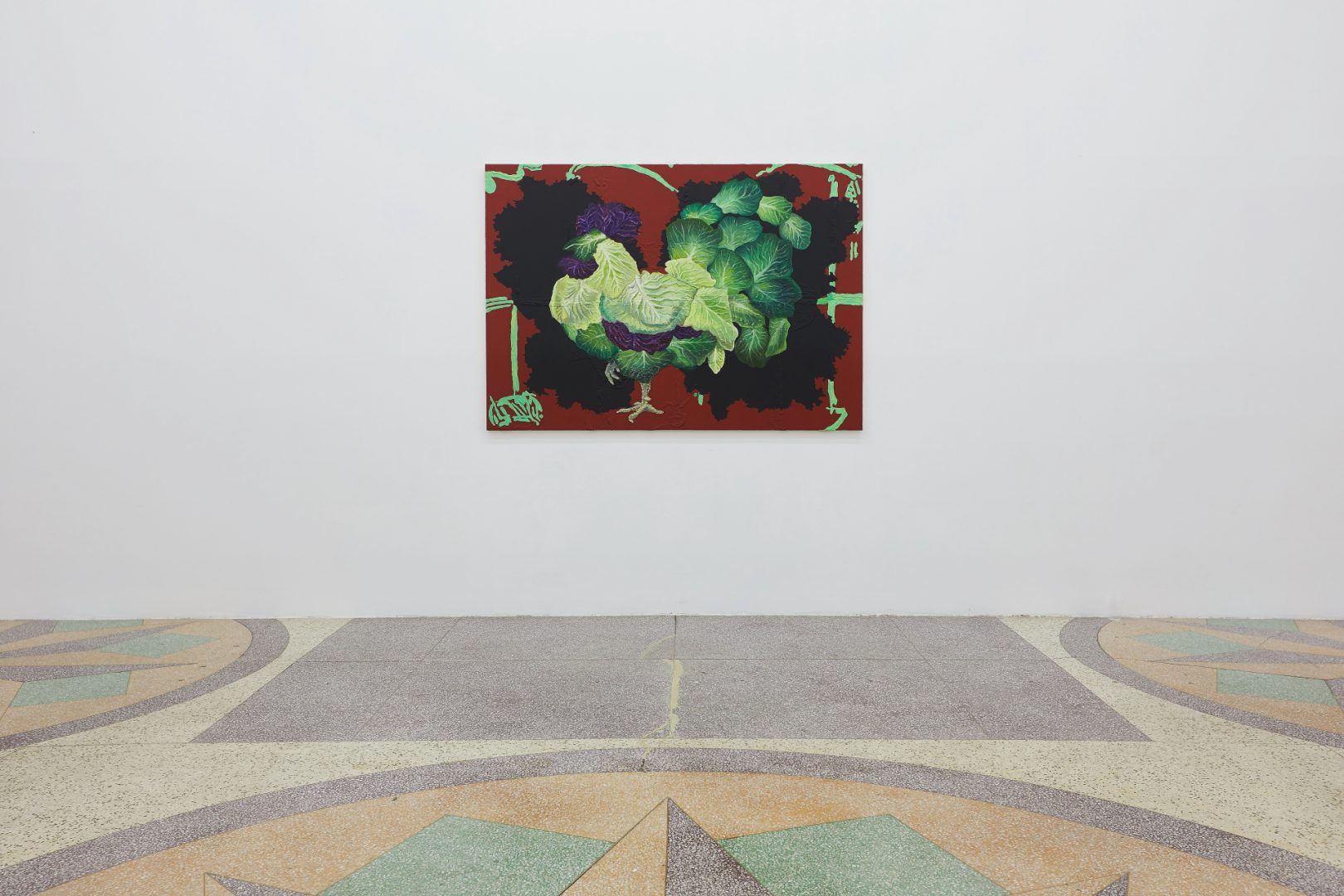 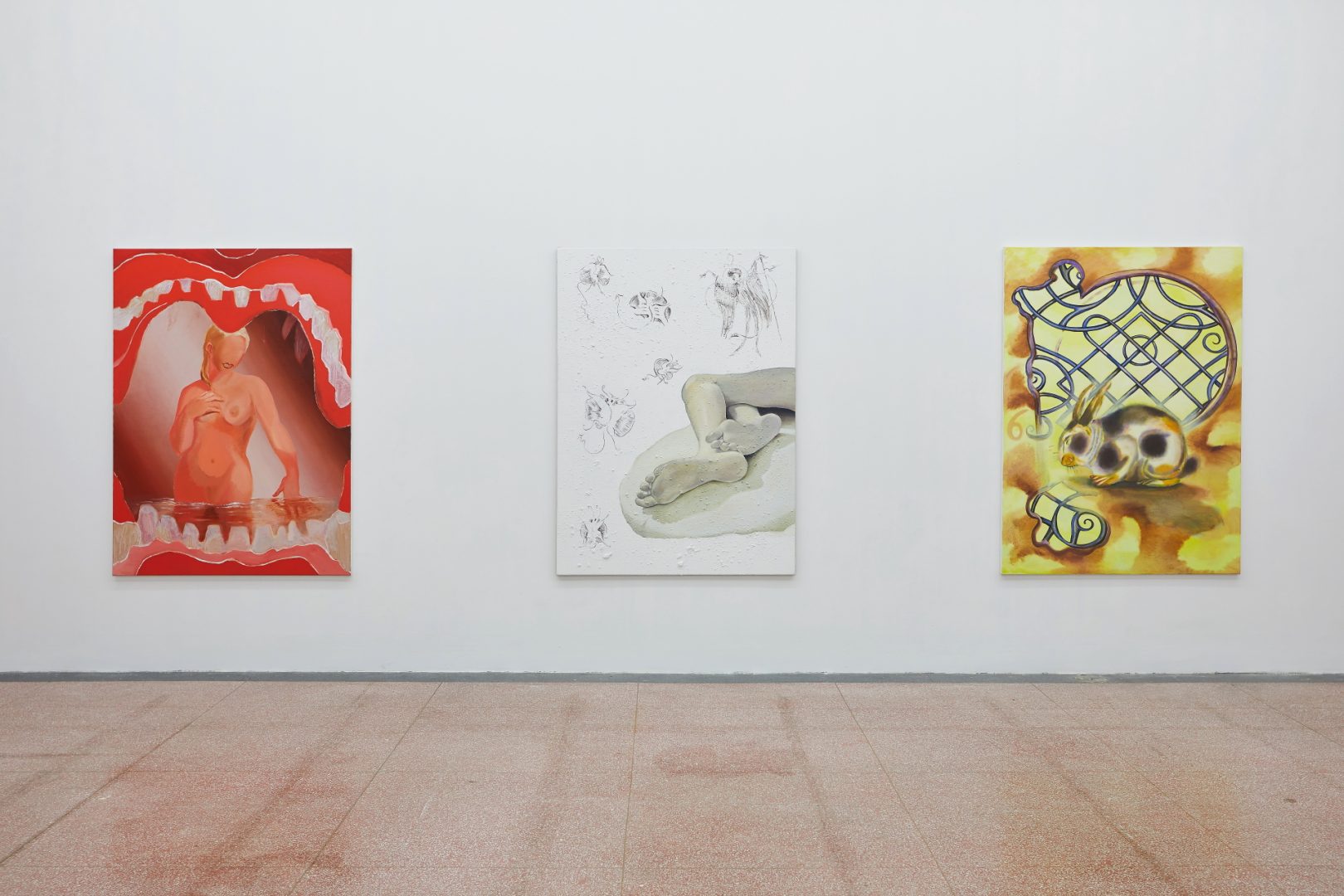 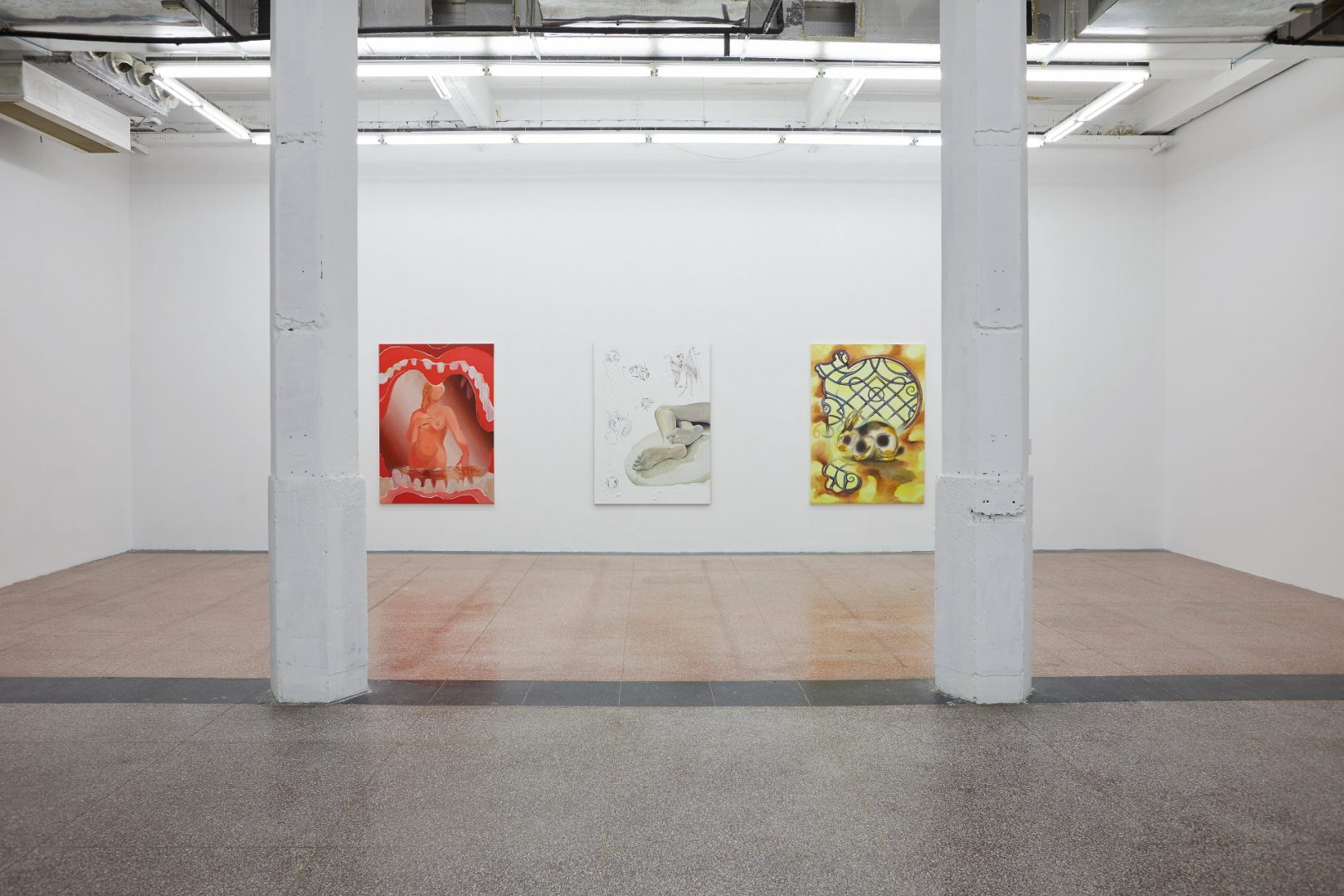 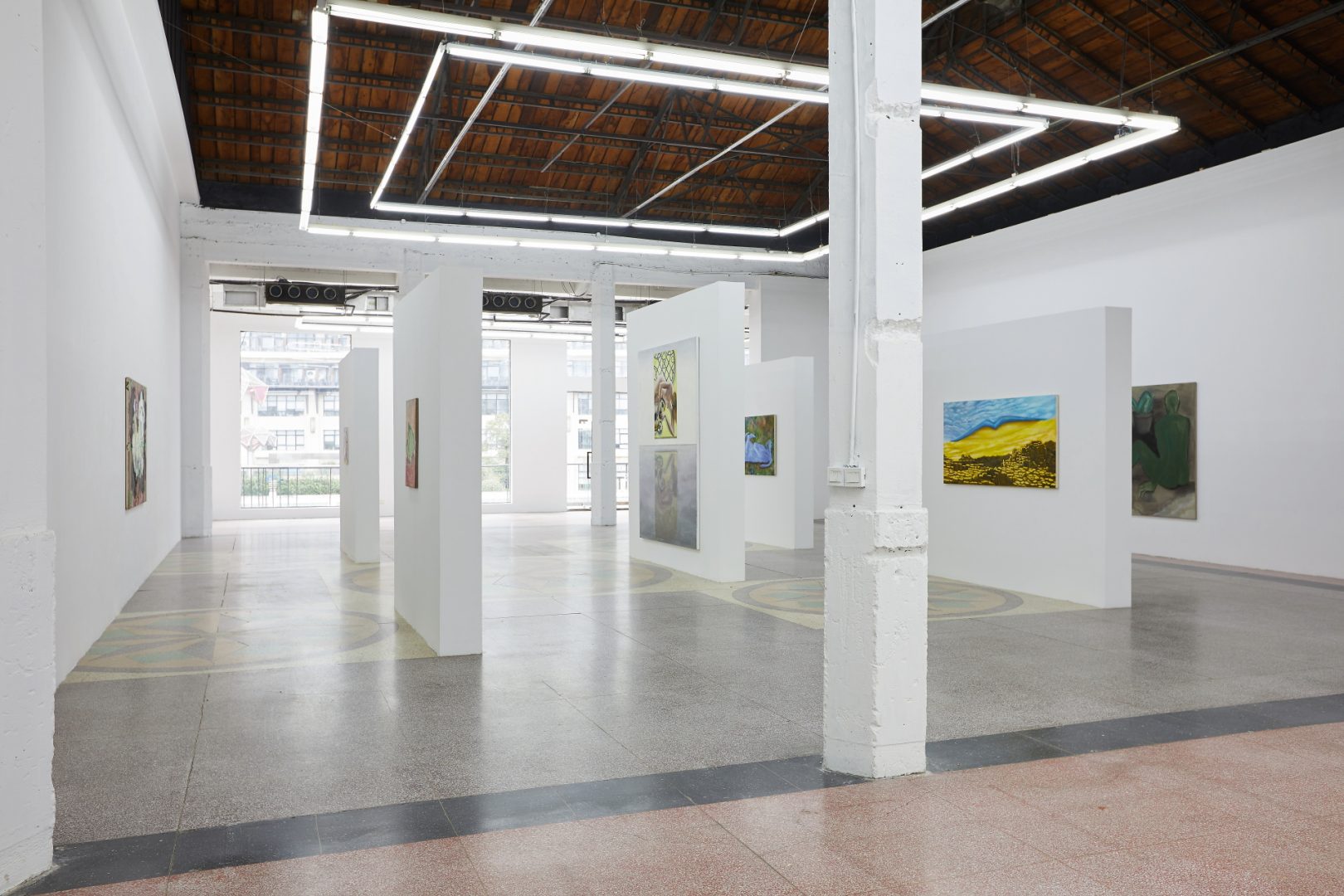