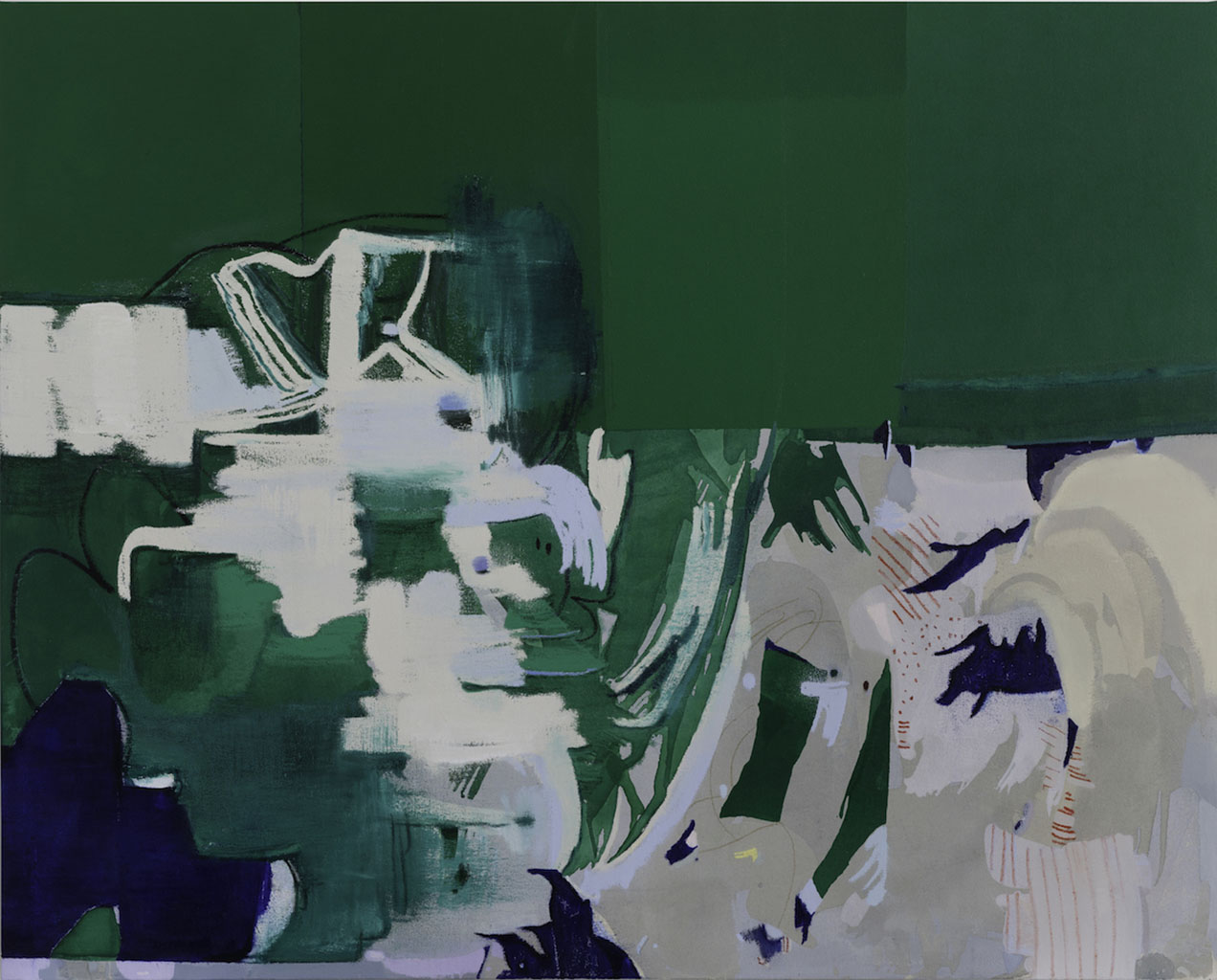 If it is presumed that Han Bing started off figuratively depicting images and her portrayals of the folds and particles of reality led to abstract images, then we could argue she is taking it one step further: She knows how to comb a chaotic reality and re-purify it in a more abstract way than an abstraction. It is as if she starts the second round of a juice squeezing process by using a spoon or a blunt tool to scrape fibers remaining on the squeezer’s filter. She gets more drips.

She first filters out specific references, thus erasing any portrayal of reality. In I am not unaware of my reputation for self-seriousness (2019), a work based on a broken poster of FKA Twigs’ new album, the singer’s metal earrings could be recognized faintly in the fields of reddish-brown and dark purple. The borders, edges, curls, and wrinkles are all removed. The effects of pixelating and tearing-apart have merged into her recent works, forming a new visual language through their amalgamation.

By banishing the portrayal of reality in her work, Han Bing opens up space in her practice to explore intertwined memories and cultures. Taking Angels in America (2019) as an example, the shape of the angel’s double wings is based on a photo of a miniature sculpture the artist took at the Metropolitan Museum of Art. Its composition recalls Luc Tuymans’ painting Angel (2004), while its title makes direct reference to the eponymous play written by the acclaimed playwright Tony Kushner. Yet, Han Bing’s painting remains anti-symbolic, as the angel in her work does not appear in traditional white, nor does the artist go deep into any of the details of the image of an angel. The artist abstracts the sculpture into two-dimensional outlines on her canvas, as if this is the only way that all three angels – from the Met, Tuymans, and Kushner – could coexist as one.

Such an introduction of memories and cultures may correspond to Han Bing’s growing interests in frescoes. From the fresco fragments, which had been traced back to the Renaissance and had been shaped by the power by time, the artist realizes that, through the centuries, the broken and missing parts of a fresco have all become its flesh – it is as if the fragments have taken on an organic quality – changing with the passing of time. They are the shape of memory and culture in themselves. In the meantime, Han Bing switches her medium from acrylic to oil paint. Compared with the former’s quick-drying lightness, oil paints are thick and tough, an almost “meat-like texture,” as described by the artist. Accordingly, painting becomes a battling process that requires physical wrestling, in which a painter’s hand tames her paint, and vice versa. Again, it is as if the work has its own life that shifts and revises as time and forces act upon it.

Spatial relationships remain an important element in her work, and perhaps even more important than ever. In Cards on Cords (2019), Han Bing restages a scene she captured from a construction site. The interior of a building has returned to the collapsed state where all bricks, steel bars, grids are not functioning at all. The doors have fallen down, the walls peeled off, and the sawdust is scattered around everywhere. It is a scene ten times worse than an abandoned image. Symbols and their carriers, frameworks with structures have all lost use. Adopting a large format canvas with a height of more than two meters, Han Bing positions her viewers right in front of the hole of the ruins. In its upper right corner, the sketchy brushstrokes evoke a feeling of potential danger from falling stones. However, despite the fact that it’s falling apart, the entire scene also inexplicably displays a sense of order, in which pillars stand firm to support vertical structures. It seems that the purpose of the chaos here is not to destroy, but to reveal its inner layers. Like a metaphor, the work combines abstract and figurative visual languages to push the viewers to confront what the artist has seen and felt, as her painting has regrouped those fundamental things that are not taken away by the chaos. One could argue that the spatial relationships manifested in Han Bing’s works mirror our relationship with reality.

Perhaps the artist knows well that ruins are the dead-end of dilemmas. Through pixelation and tearing-apart, Han Bing has developed a process of regrouping, and through painting, she conveys these visual experiences to us. 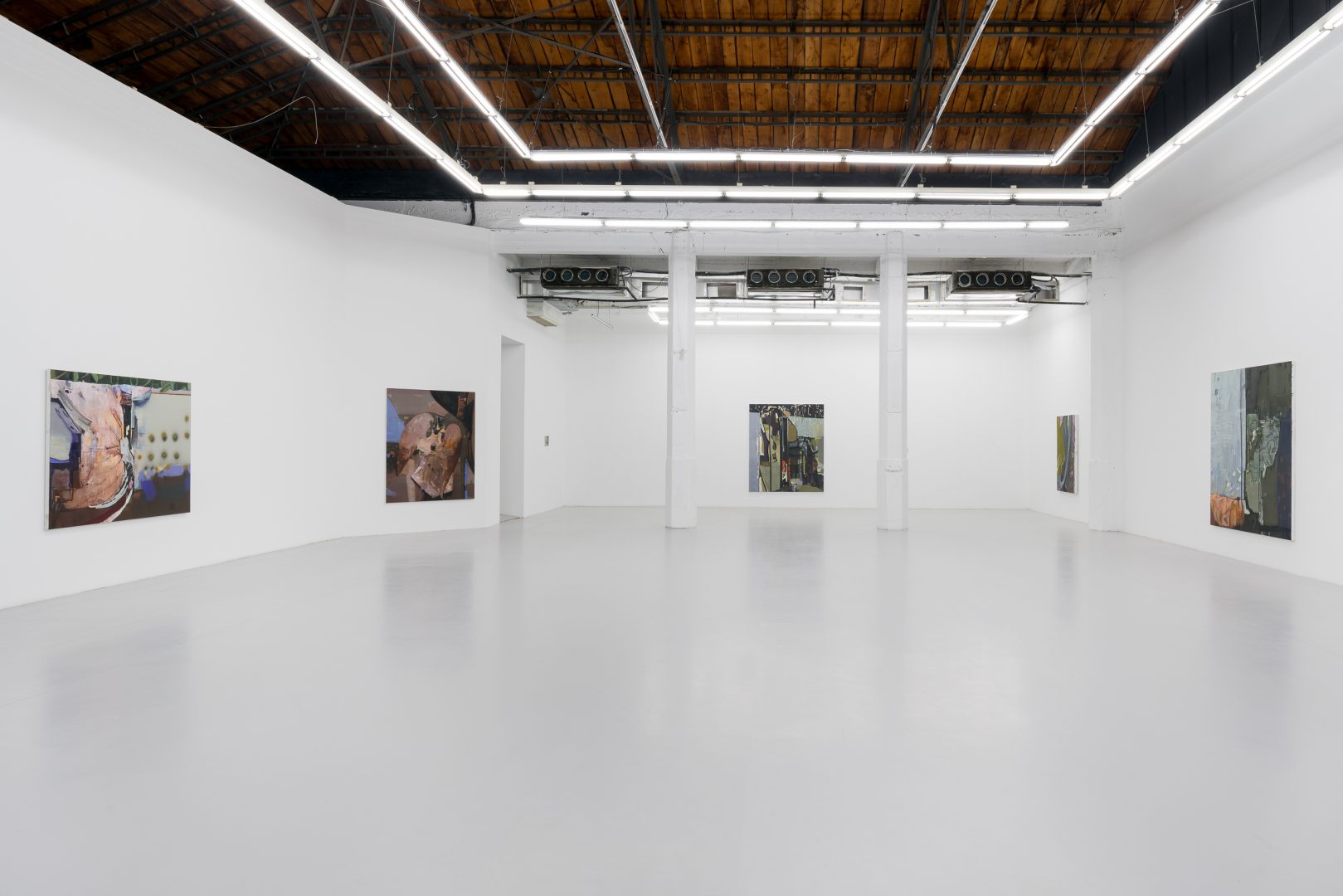 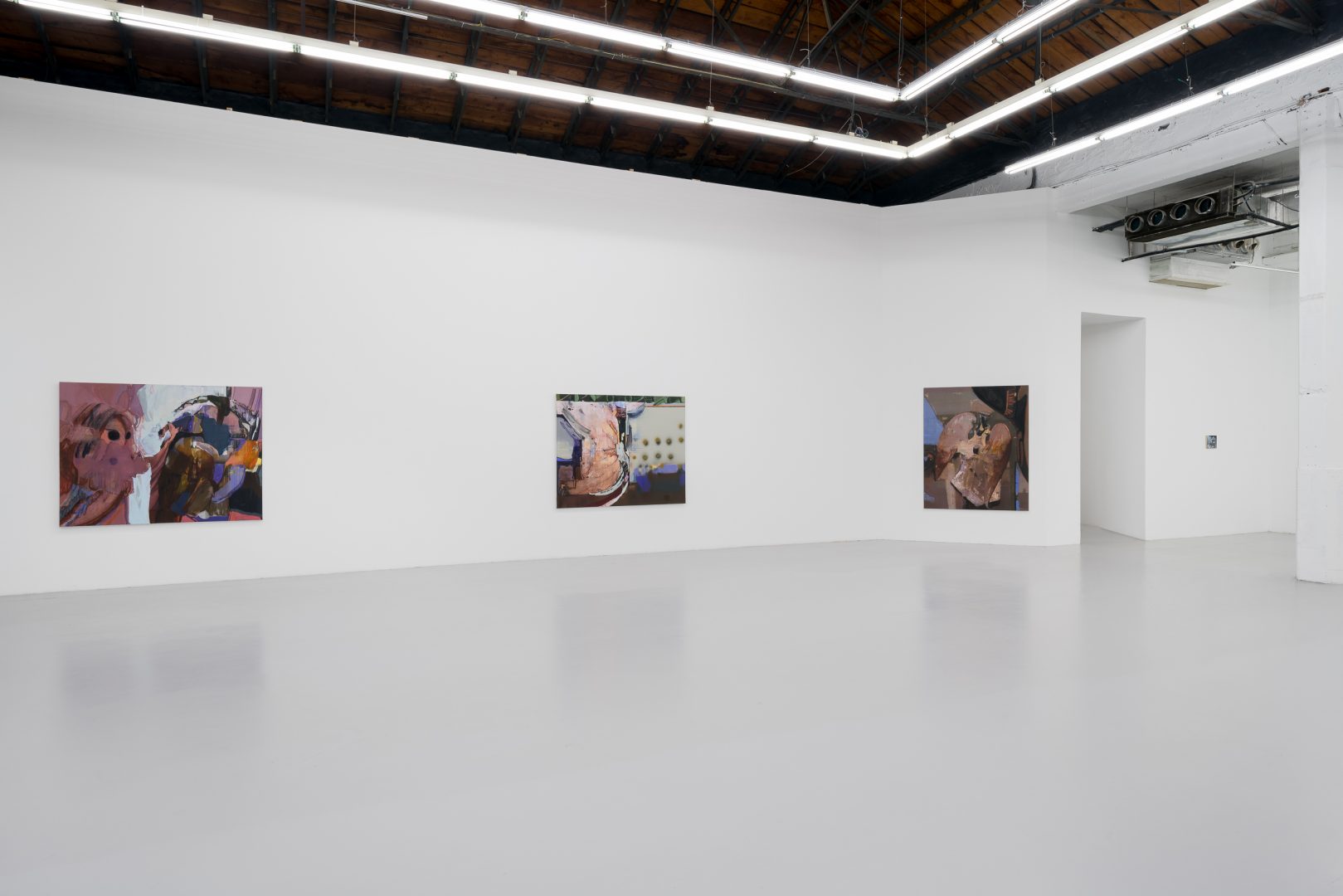 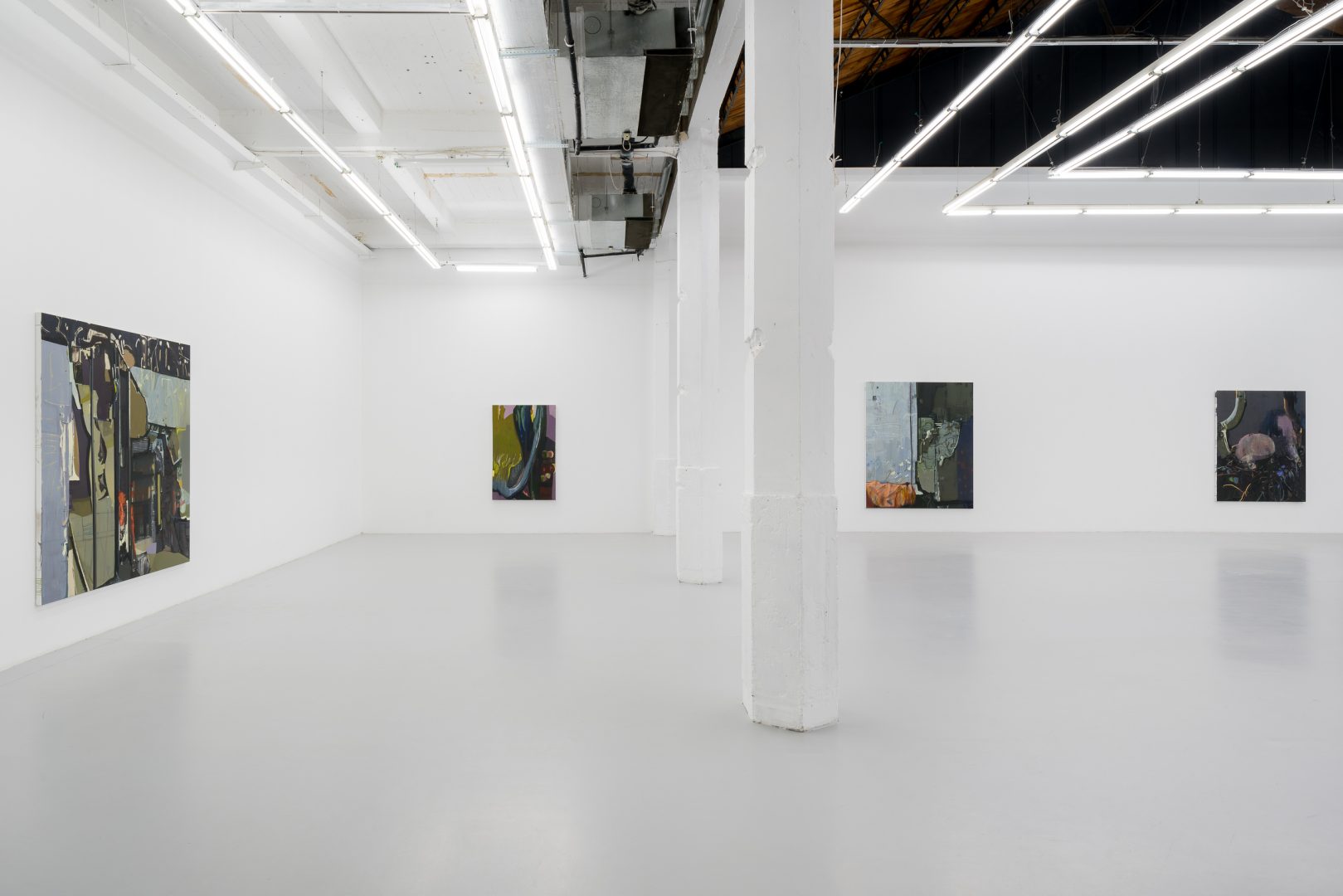 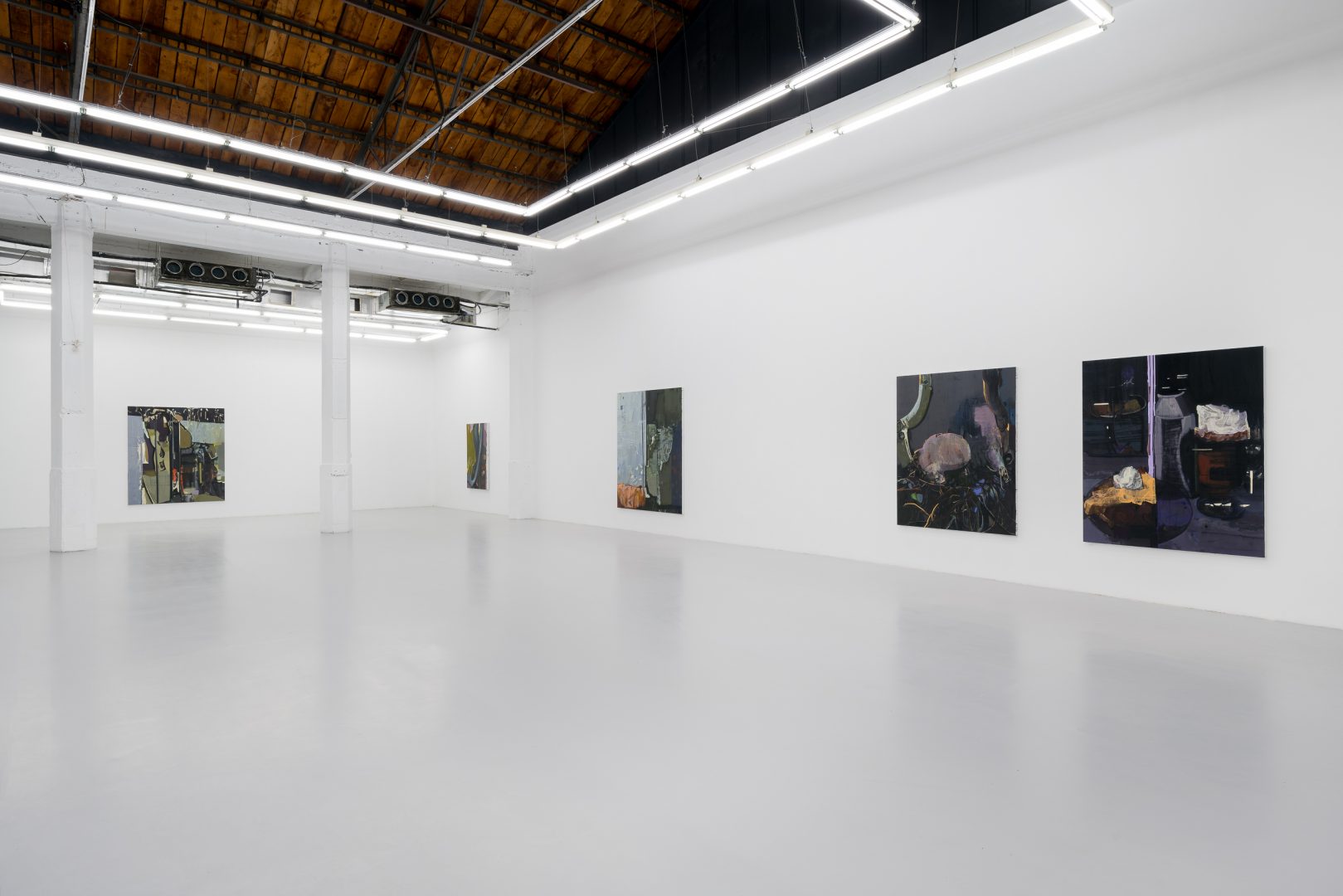 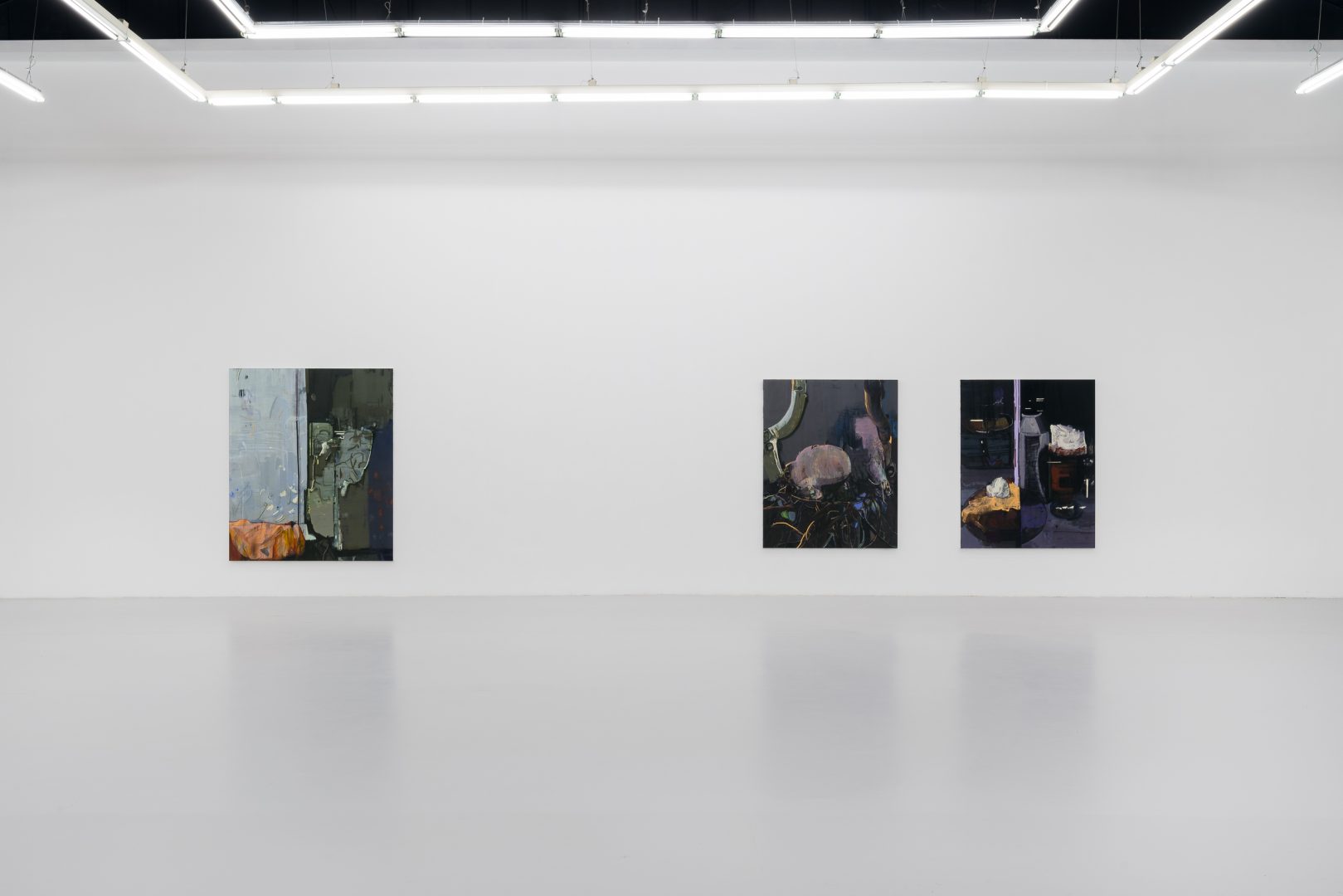 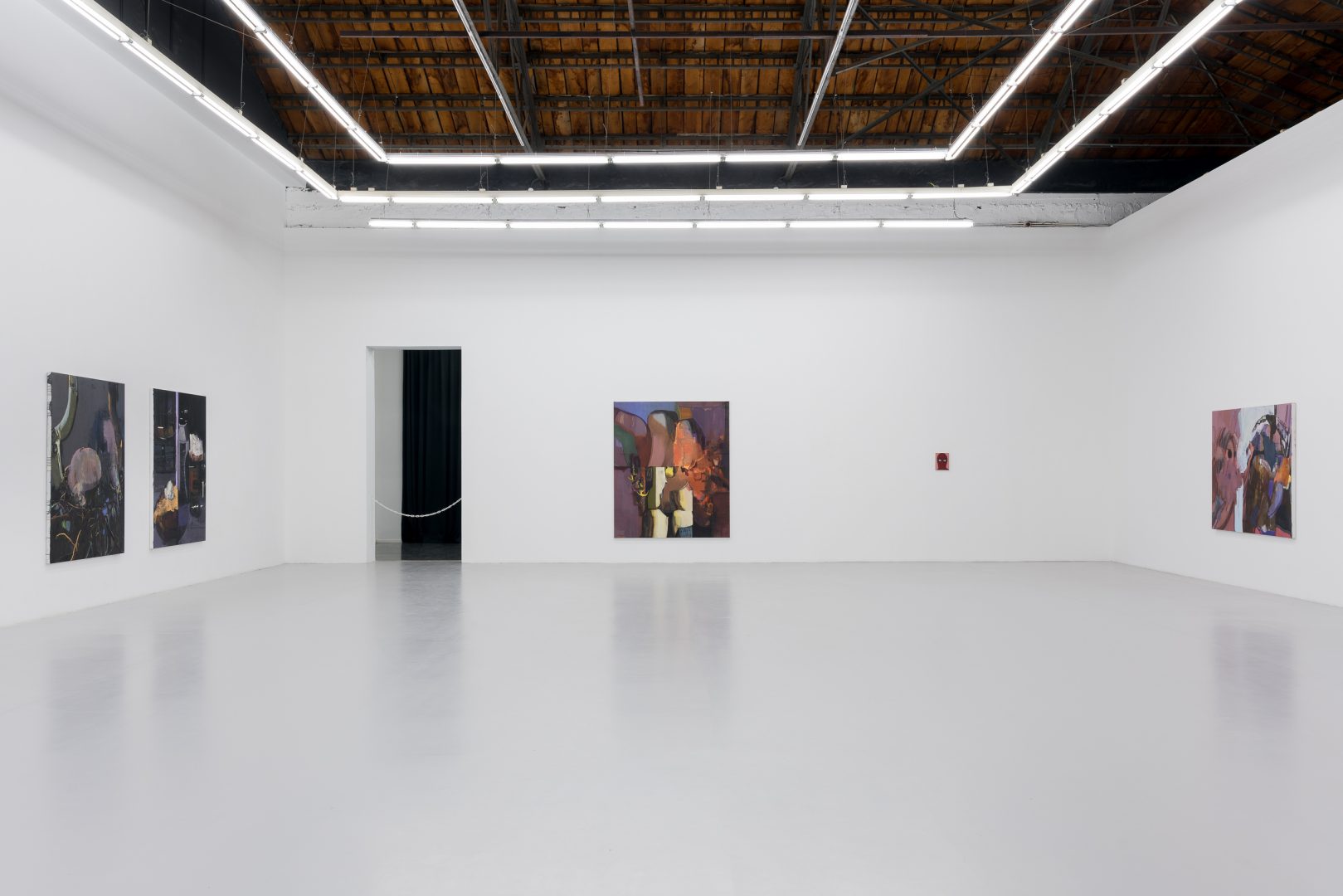 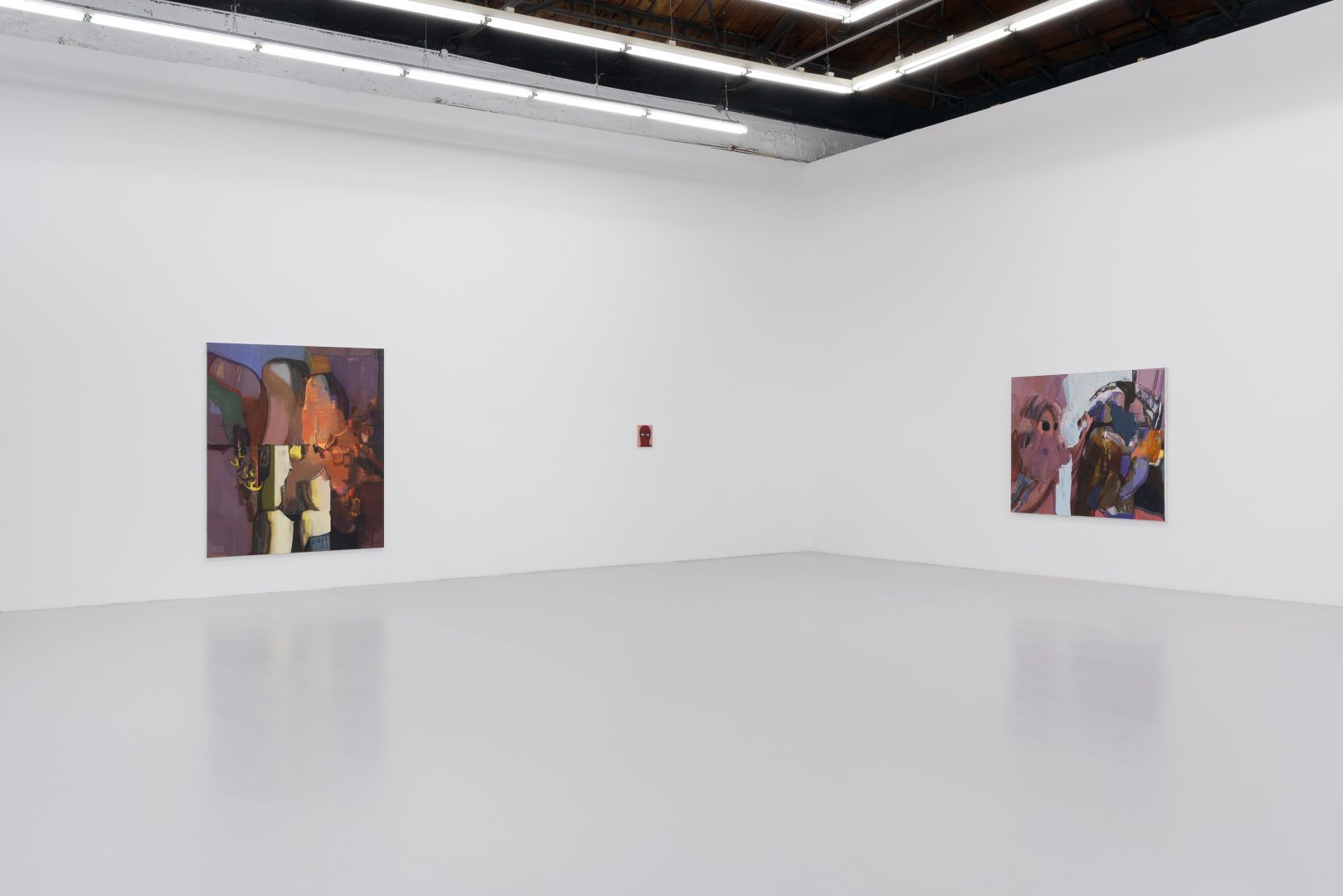 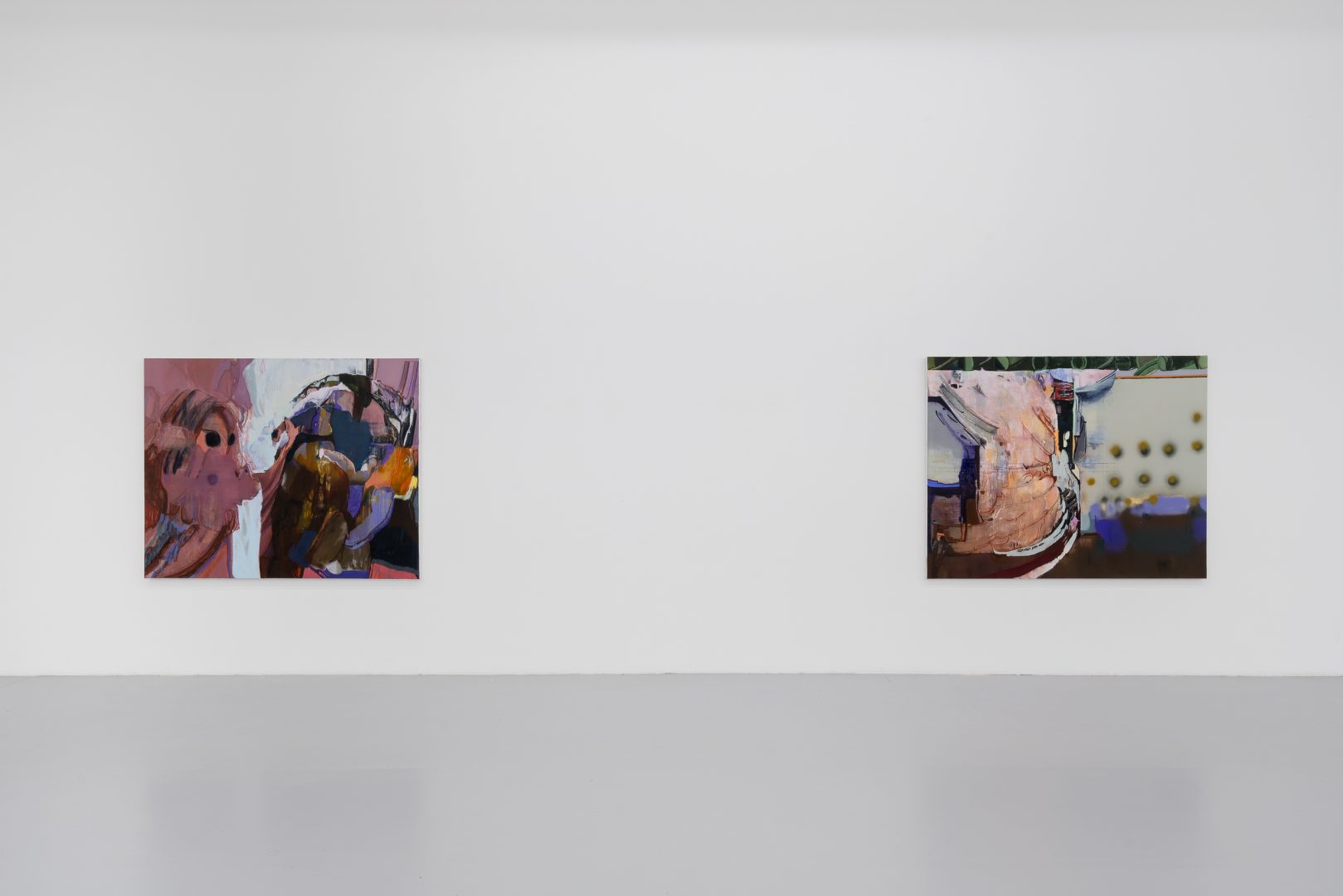