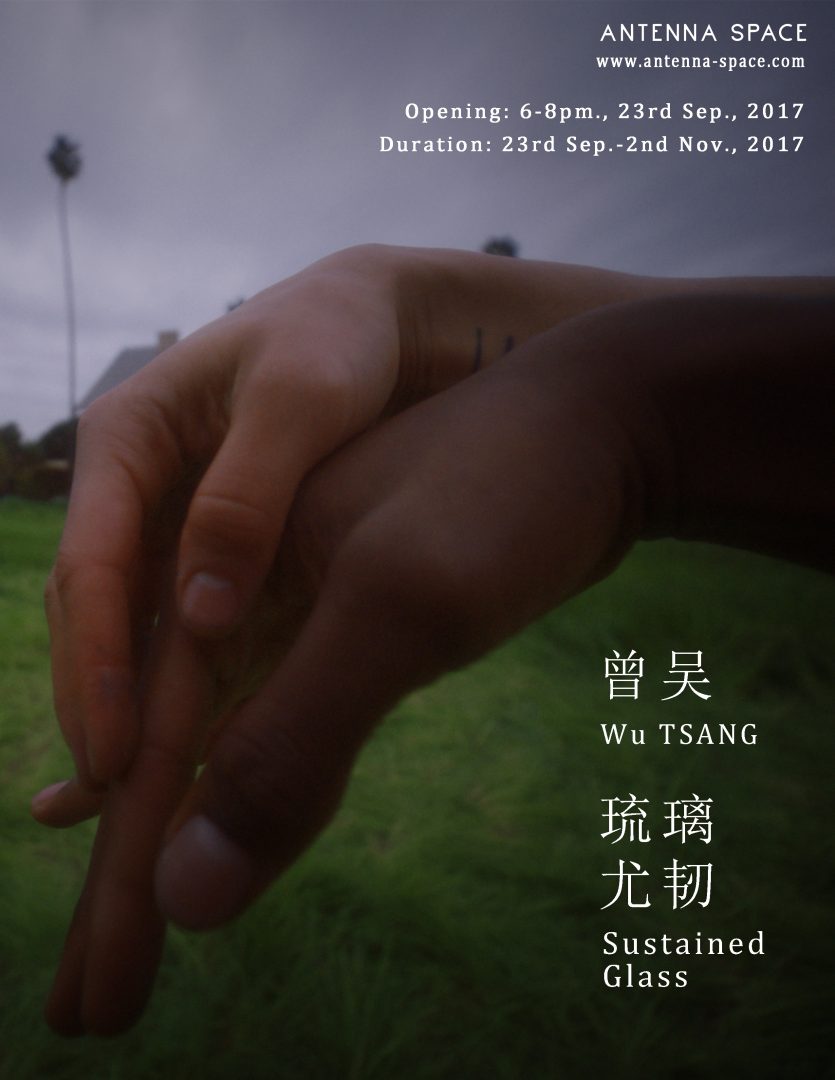 Wu Tsang’s first solo exhibition on mainland China, “Sustained Glass,” is an open spatial installation. We hold where study, a new two-channel video that she developed in collaboration with the poet Fred Moten, stands in dialogue with a series of stained-glass and light-box works that the artist has created after closely studying the spatial conditions of the gallery. With Spooky Distancing II, a performance by her and collaborator boychild which is part of their longstanding project Moved by the Motion, these works together hold the artist’s rumination on animacy and movement informed by her recent research.

A filmmaker and visual artist, Wu Tsang traverses a rich array of sites and weaves poetic sensibilities into her socially engaged practice. What sustains her fluid movements between documentary, fiction and activism are her genuine concern for disparate modes of sociality, and the hope that marginalized people gain survival in their collective loss through new forms of communion and resistance. “Sustained Glass” takes the contemporary extremities that have swept across various disparaged communities as points of departure, and asks: what does it mean to endure a socioecological disaster? What if it has been dominating our environment since, to quote from Fred Moten and Stefano Harney’s lyrical polemic Leave Our Mikes Alone, “modernity’s constitution in the trans-Atlantic slave trade, settler colonialism and capital’s emergence in and with the state”? For bodies prone to being seen as threats to normative social order, how do we move in and through this violent environment for survival?

The two-channel video, We hold where study, builds on Stefano Harney and Fred Moten ’s notion of “study,” which refers to the mode of sociality that queer, trans, and black lives continuously rehearse in their existential entanglements with one another. This kind of study is disconnected from credit, individual accreditation or the equation of capitalist efficiency with improvement; instead, it is about gathering and spending time with each other, determining what needs to be learnt together, without an end-point or any sense that we will ever escape the feeling that we are permanently immature, incomplete, without credit. The video is composed of a series of duets within and between the two channels and featuring choreography by boychild with Josh Johnson and by Ligia Lewis with Jonathan Gonzalez, scored with original music by Bendik Giske. The work translates the social rhythm of study into movements of contact improvisation, a dance form that is “based on the communication between two moving bodies that are in physical contact and their combined relationship to the physical laws that govern their motion—gravity, momentum, inertia…bringing forth a physical/emotional truth about a shared moment of movement that leaves the participants informed, centered, and enlivened.” It also explores how image-making as an act of documenting movement can too become a devotional practice like study, in or-der to generate images reflective of our irreducible sociality.

In a world of vampiric capitalism, language can become a weapon that exploits, colonizes, and individuates. Like the title of the video, which deliberately violates English grammar with its incompleteness, Wu develops her longstanding engagement with language further in a series of light-box and stained-glass works mounted in the gallery space, and draws a link between language and the materiality as well as metaphor of glass. In literature, the glass window is frequently invoked as a figure for imagination, a lens through which we see and envision. The spatial presence of a window demands that we stand in a constant conversation with the environment. If black/trans/queer lives are broken windows to the state, then here they become passages through which we come to terms with our incompleteness and entanglements, and reclaim our power to affect the environment, to imagine, and to study. 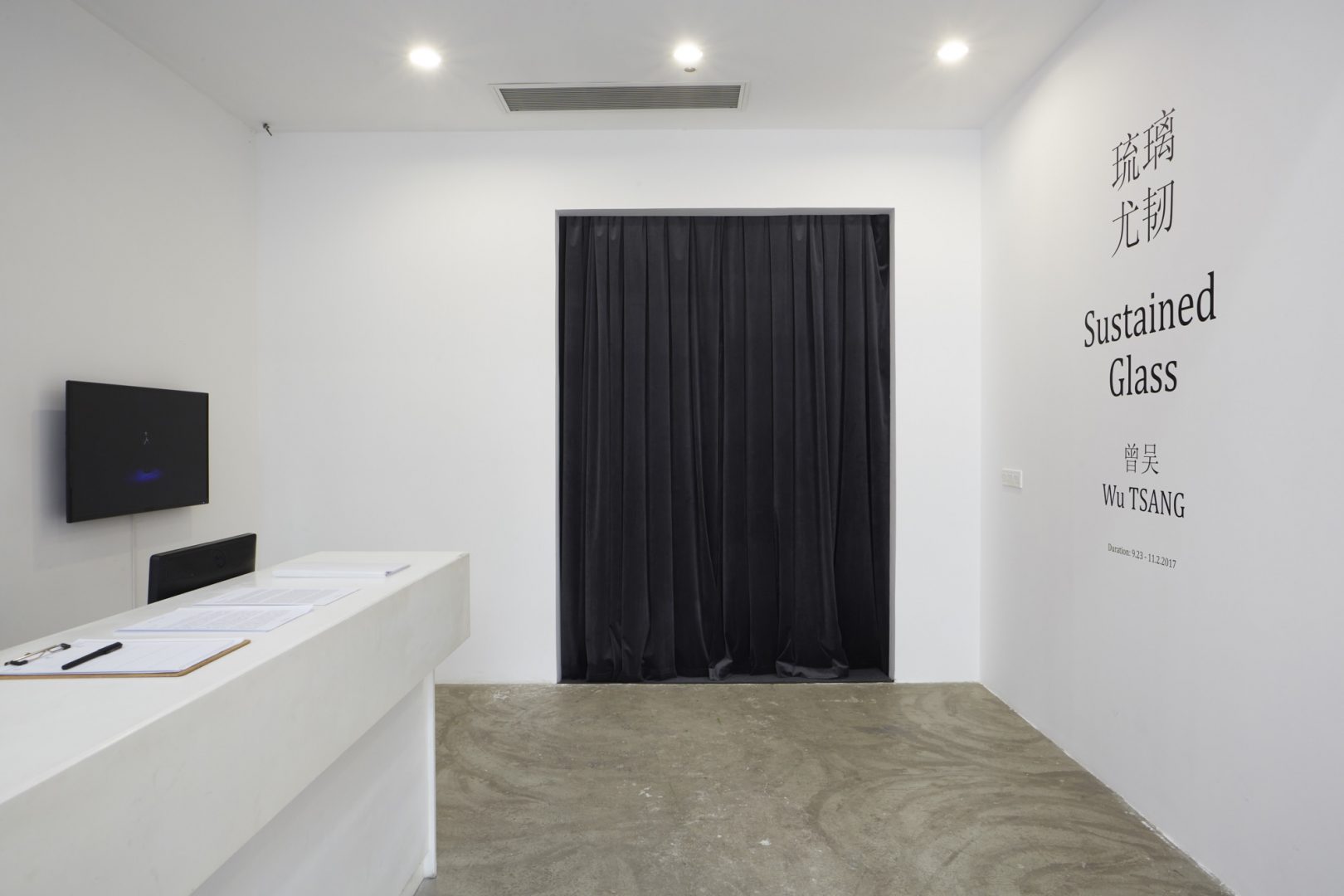 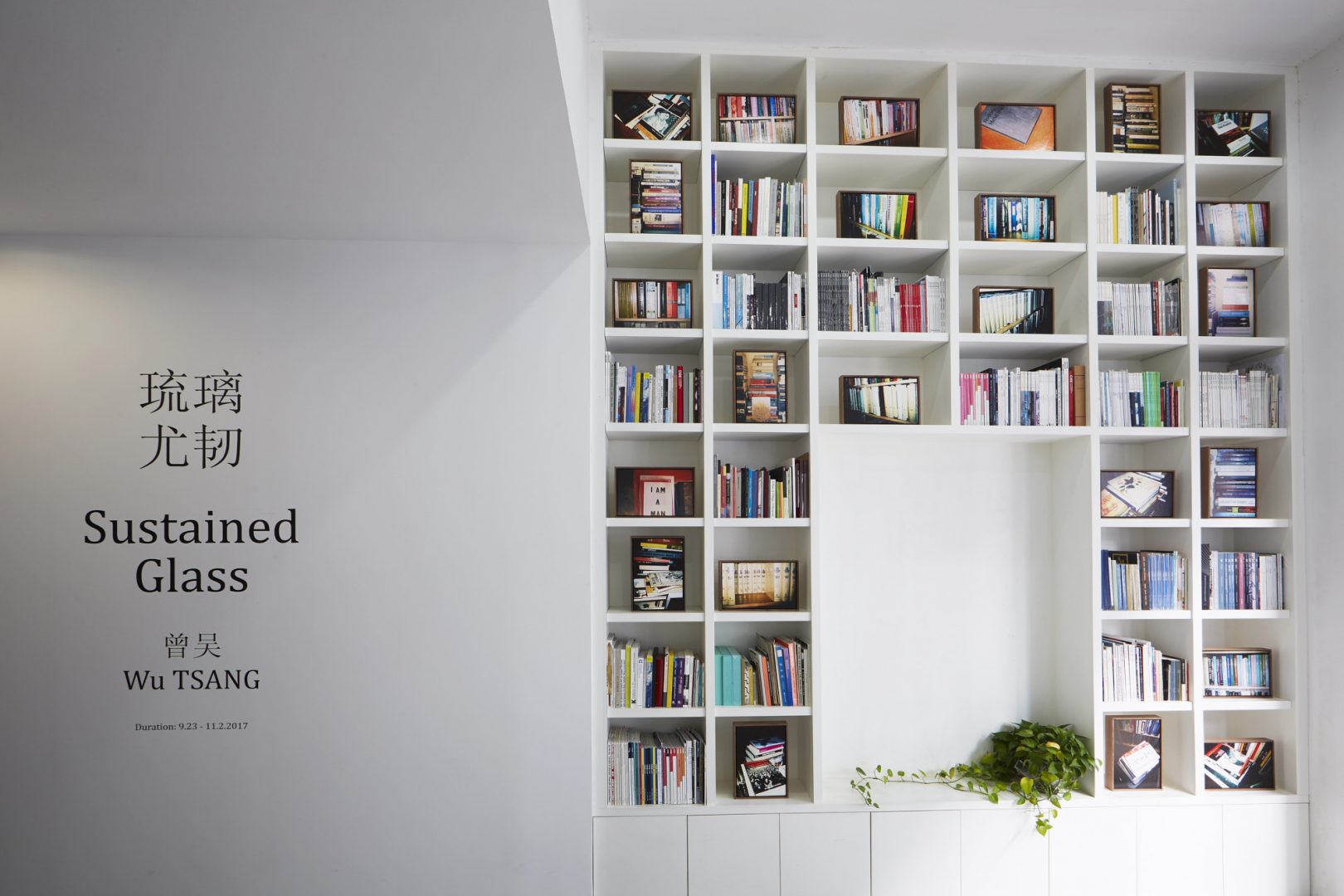 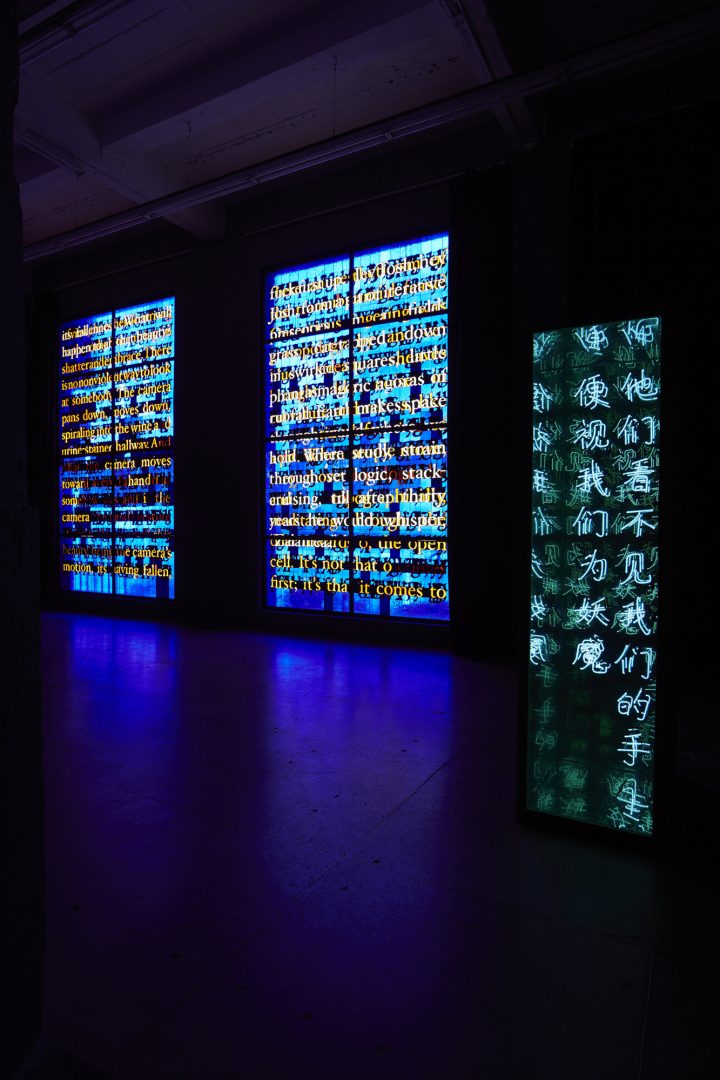 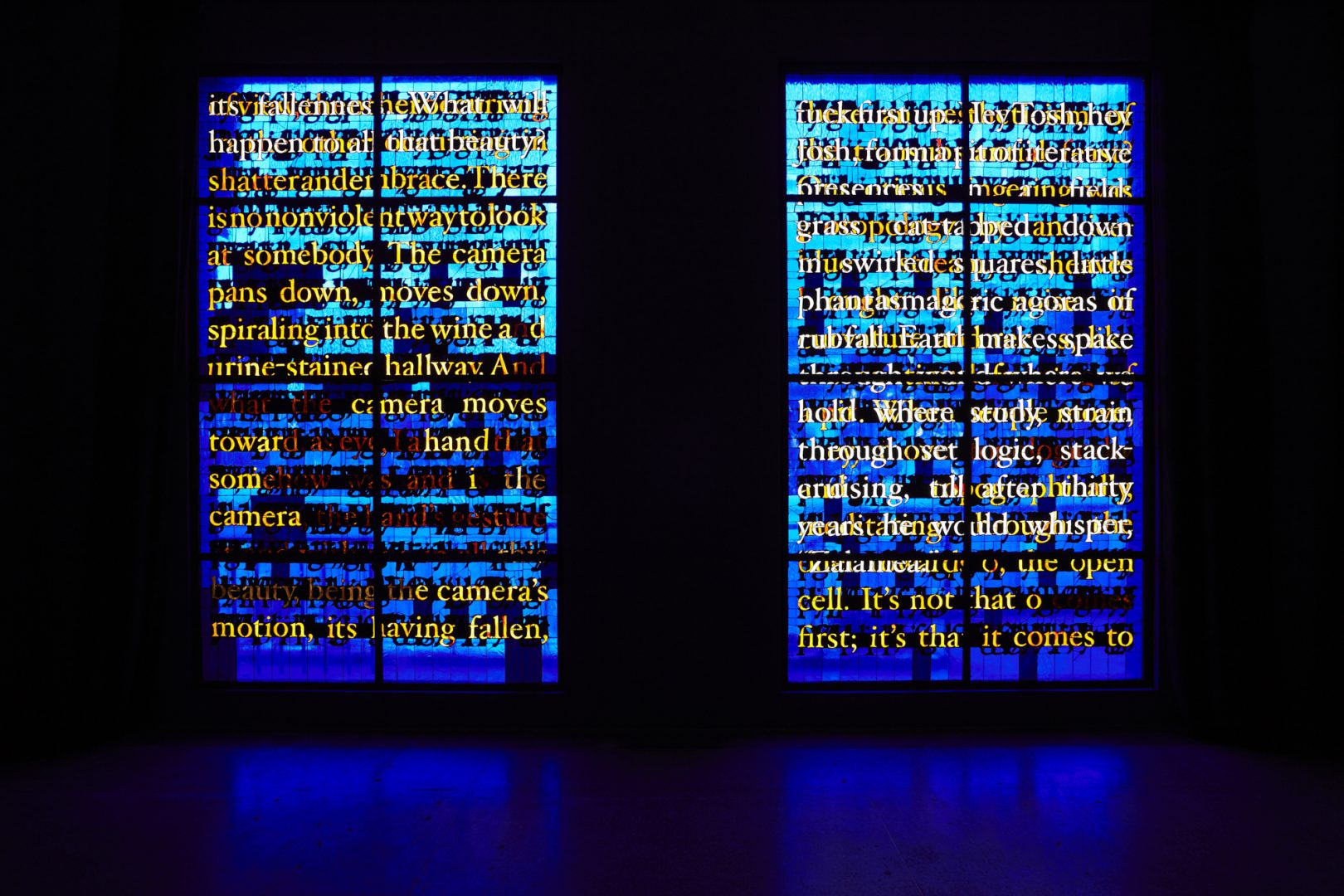