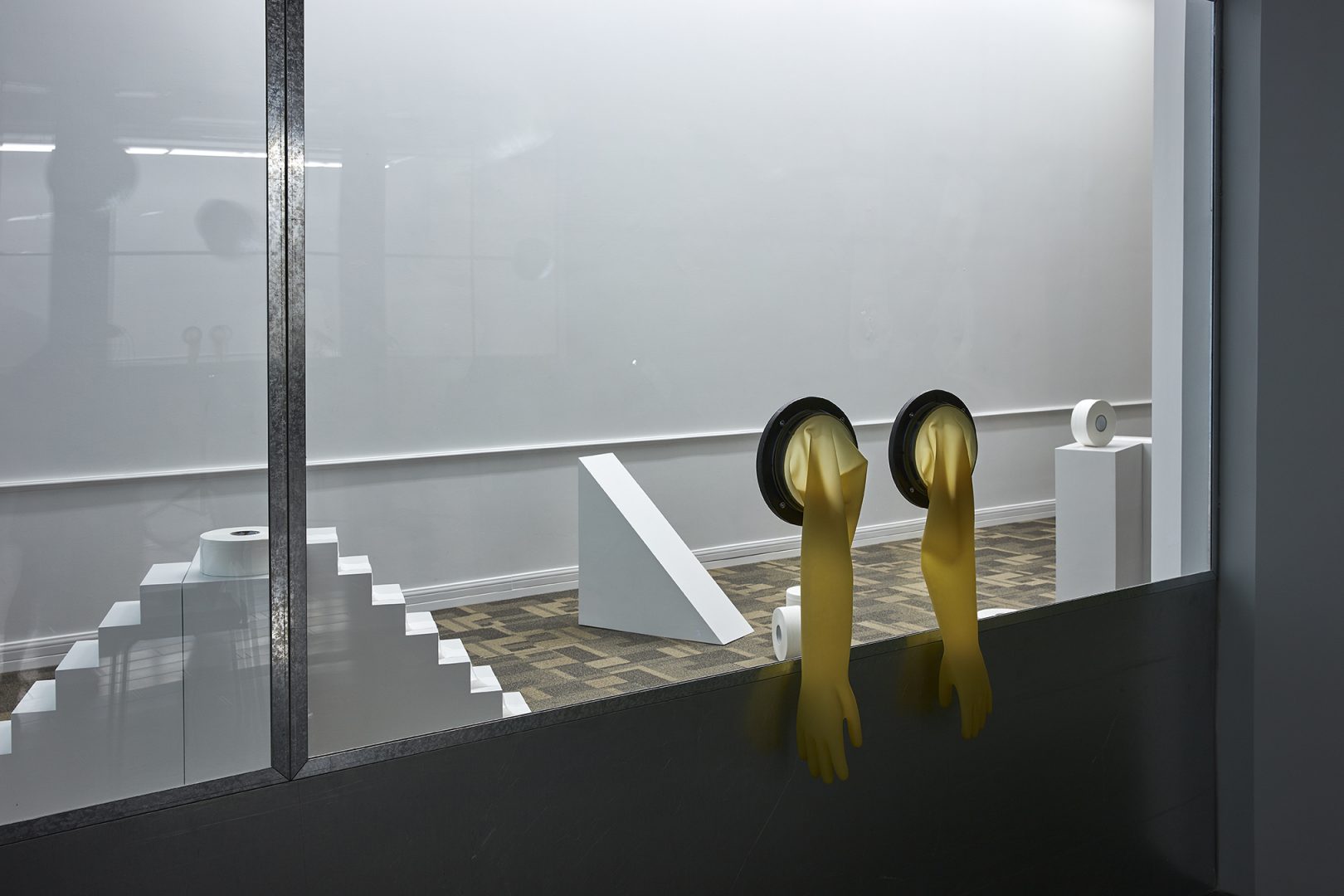 Nadim Abbas’ science fiction inspired work often constructs spatial situations that double as visual puns. In this play on the language of forms, the deployment of literature or visually presented text is mingled with scientific and mathematical methodologies. Mundane and familiar objects are also inserted into these settings, hinting at ways in which the speculative imagination can manifest itself in our everyday surroundings.

“Chimera” marks the first solo exhibition of Hong Kong artist Nadim Abbas at Antenna Space, Shanghai. The title of the exhibition connotes mythical hybrid creatures of Occidental cultures, while also being the name of a 3D molecular visualization program developed at the University of California, San Francisco. Commonly used in the fields of medical science and biology, the logic that accompanies the naming of this program sheds light on the relationship between fact and fabrication: specifically, the way in which the visual language developed by contemporary biological science finds unexpected parallels in how the ancients employed myth as a coordinate to confront an unknown, expansive universe.

In Human Rhinovirus 14 (2016), Abbas employs open-source modelling programs to build a visual mock up of the eponymous virus—also known as the common cold—and projects it onto several beach balls floating in the air. The physiological effect of catching a cold is admittedly familiar to everyone, yet each of the balls, which are kept floating at fixed points by centrifugal blower fans (a popular method of demonstrating Bernoulli’s principle in fluid dynamics), and the abstract imagery of the enlarged virus seem stranger than ever. The artist superimposes these threads to offset the seemingly solid rampart that marks the antagonism between the real and its phantasms.

This viral metaphor extends through to other works. For instance, Blancmange, n ways (2016), which greets the audience at the entrance corridor, consists of a series of geometric objects with profiles determined by iterations of the Blancmange fractal curve, a name derived from its resemblance to the famous dessert (in England, “blancmange” can also describe a person who is stuffy and boring). On the facing wall hangs a photograph of an actual blancmange pudding, which is further repeated as a motif printed on wallpaper: an interplay of mathematics and jeu de mots.

Other examples of the artist’s distinct approach can be located in Chamber 667/668 (2016) at both wings of the main hall, sealed off by transparent panels. These rooms resemble laboratories and quarantine chambers insomuch as they are dust-free, silent, and with almost no signs of human inhabitation. The only signs left by humans are several rolls of toilet paper carefully arranged on top of modular geometric objects, and the eerie presence of examination gloves jutting out of the chamber panels. From the imaginary thread that is set up of the virus and its containment, the entire exhibition becomes a chamber for experimentation on the artefacts of the living. 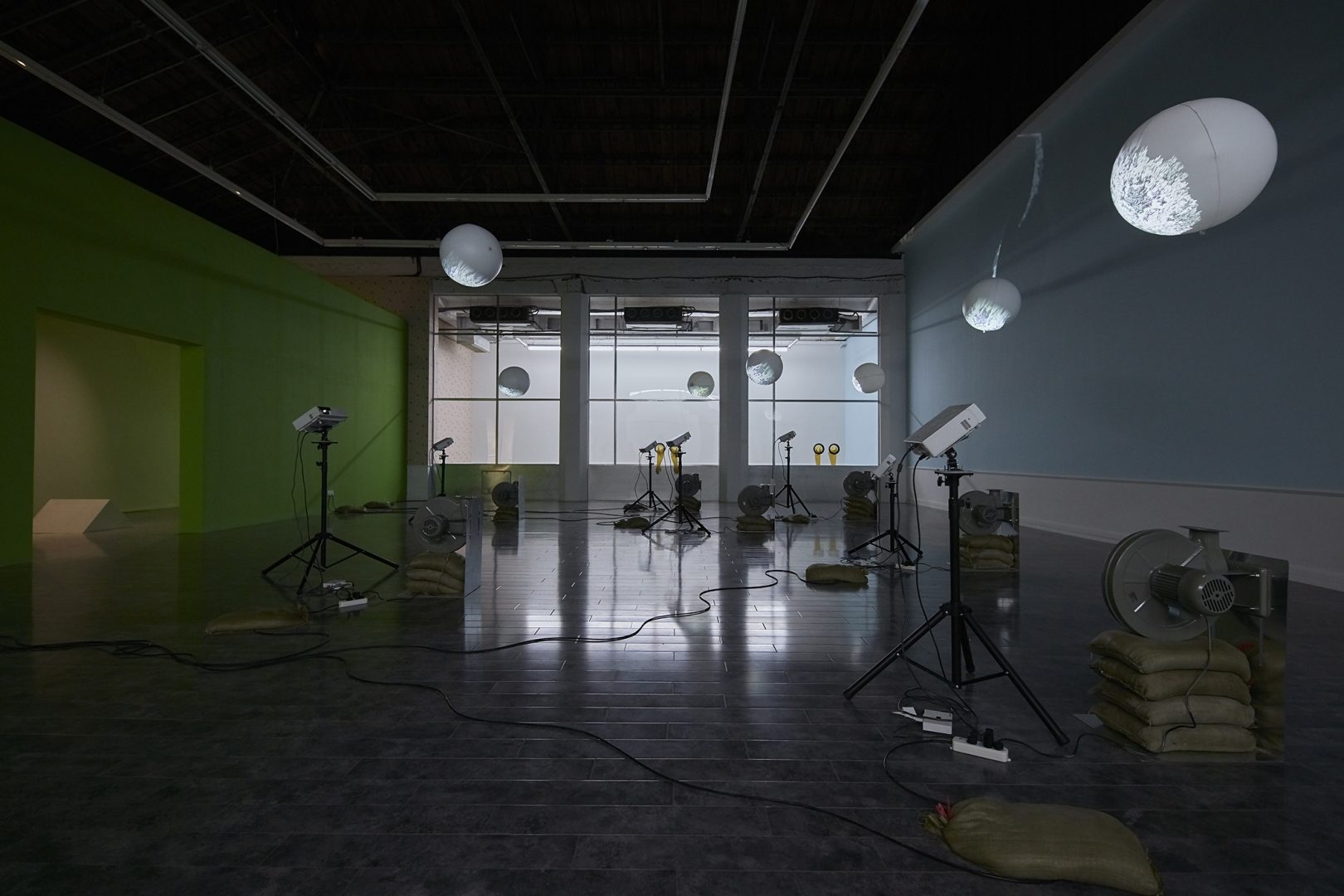 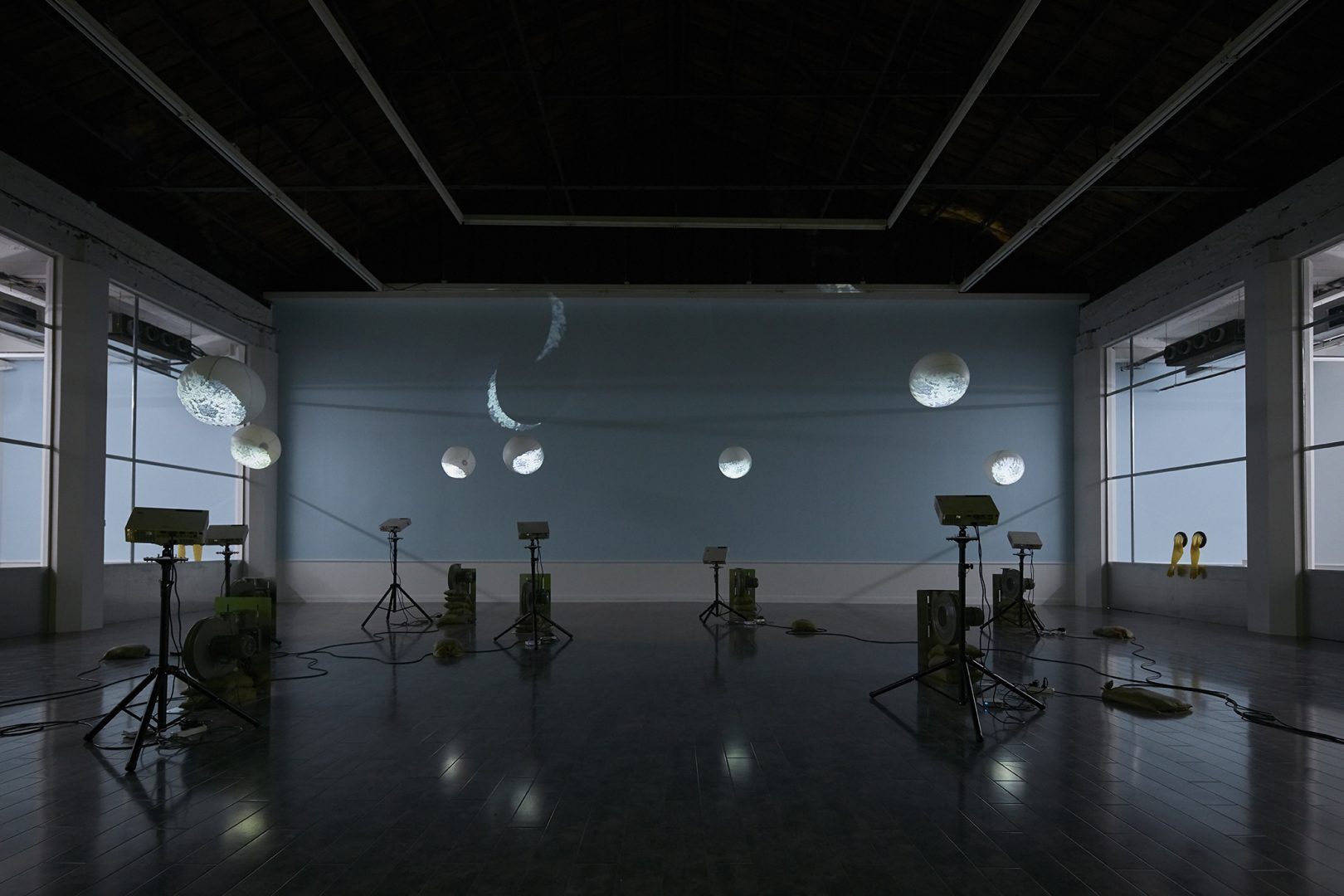 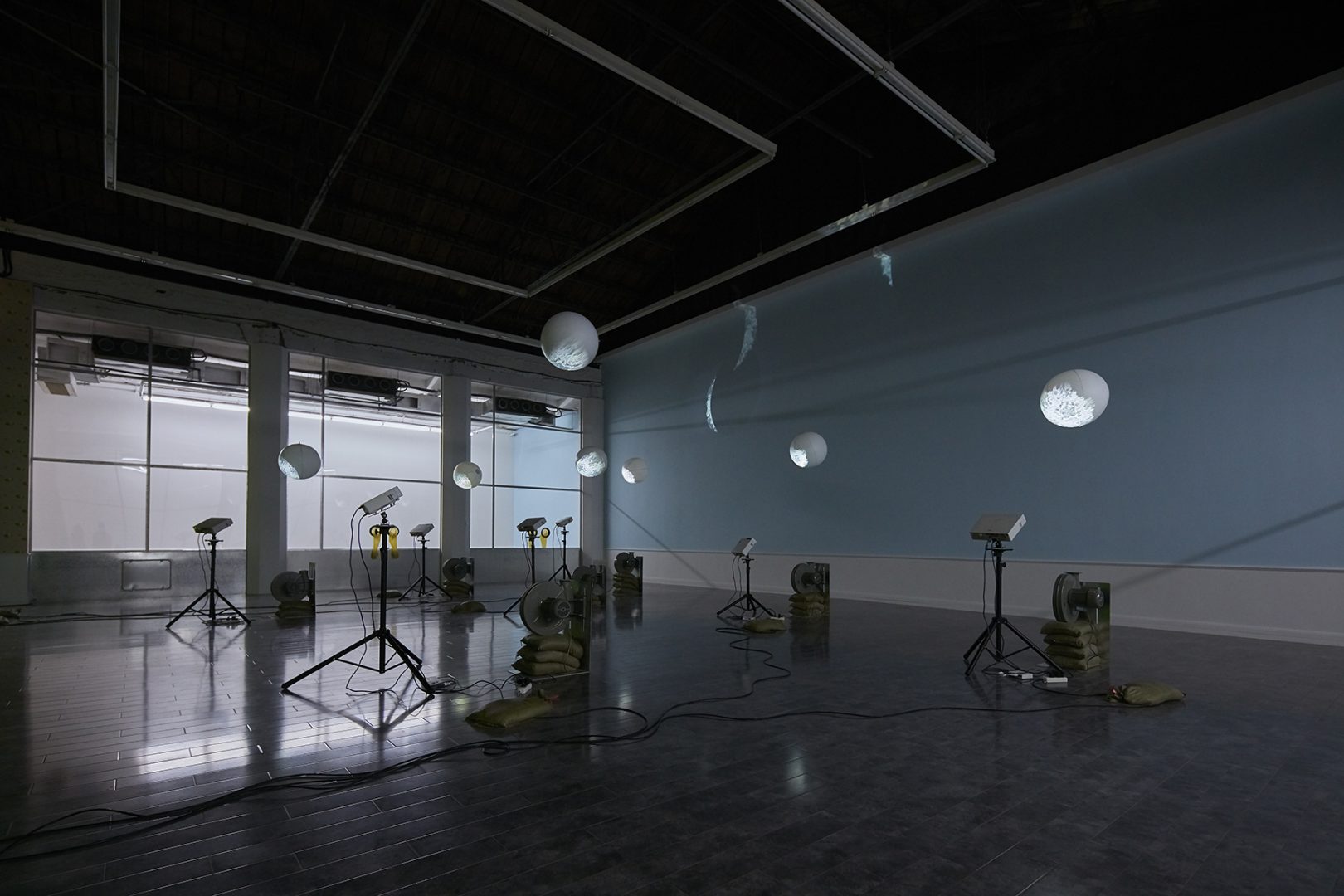 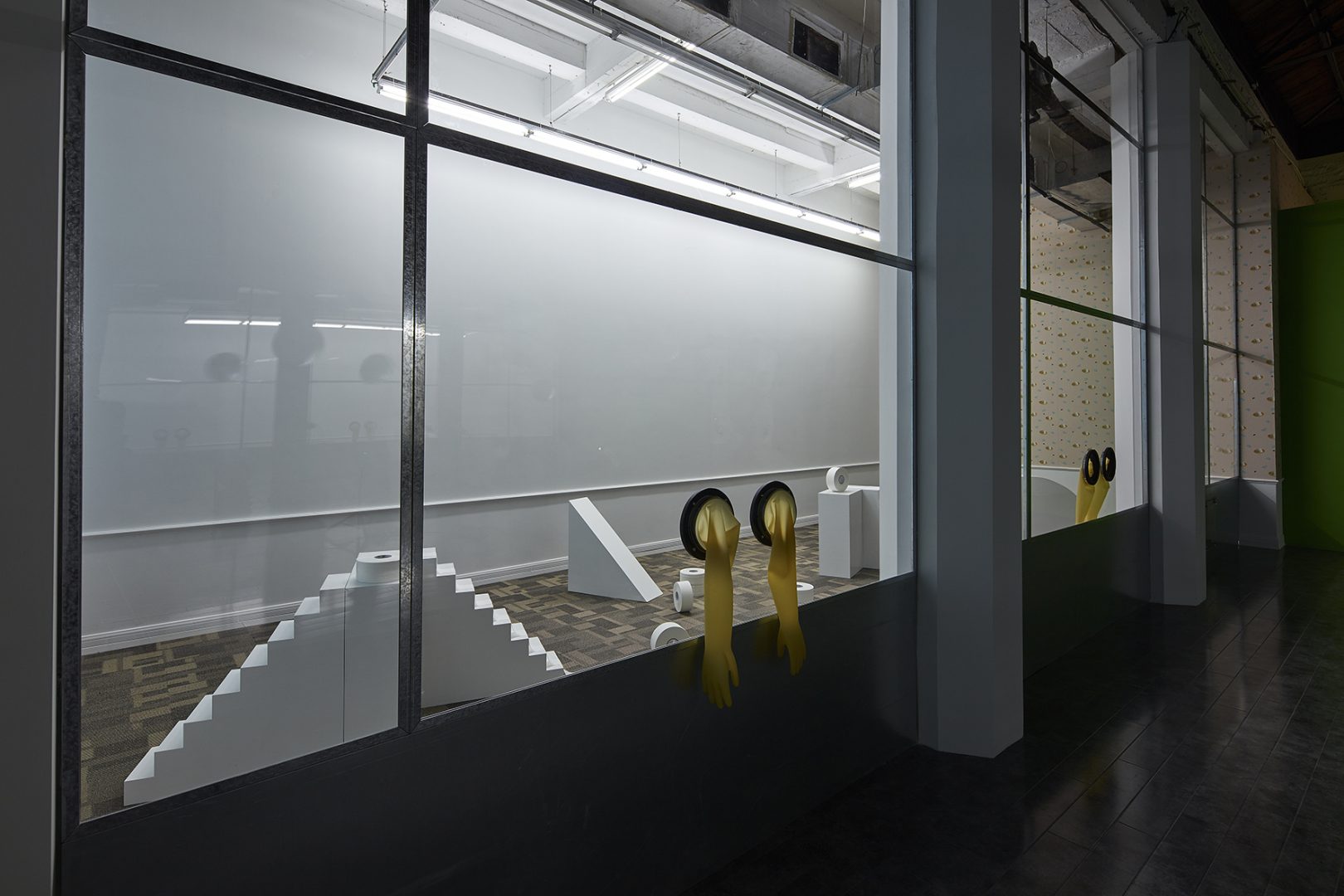 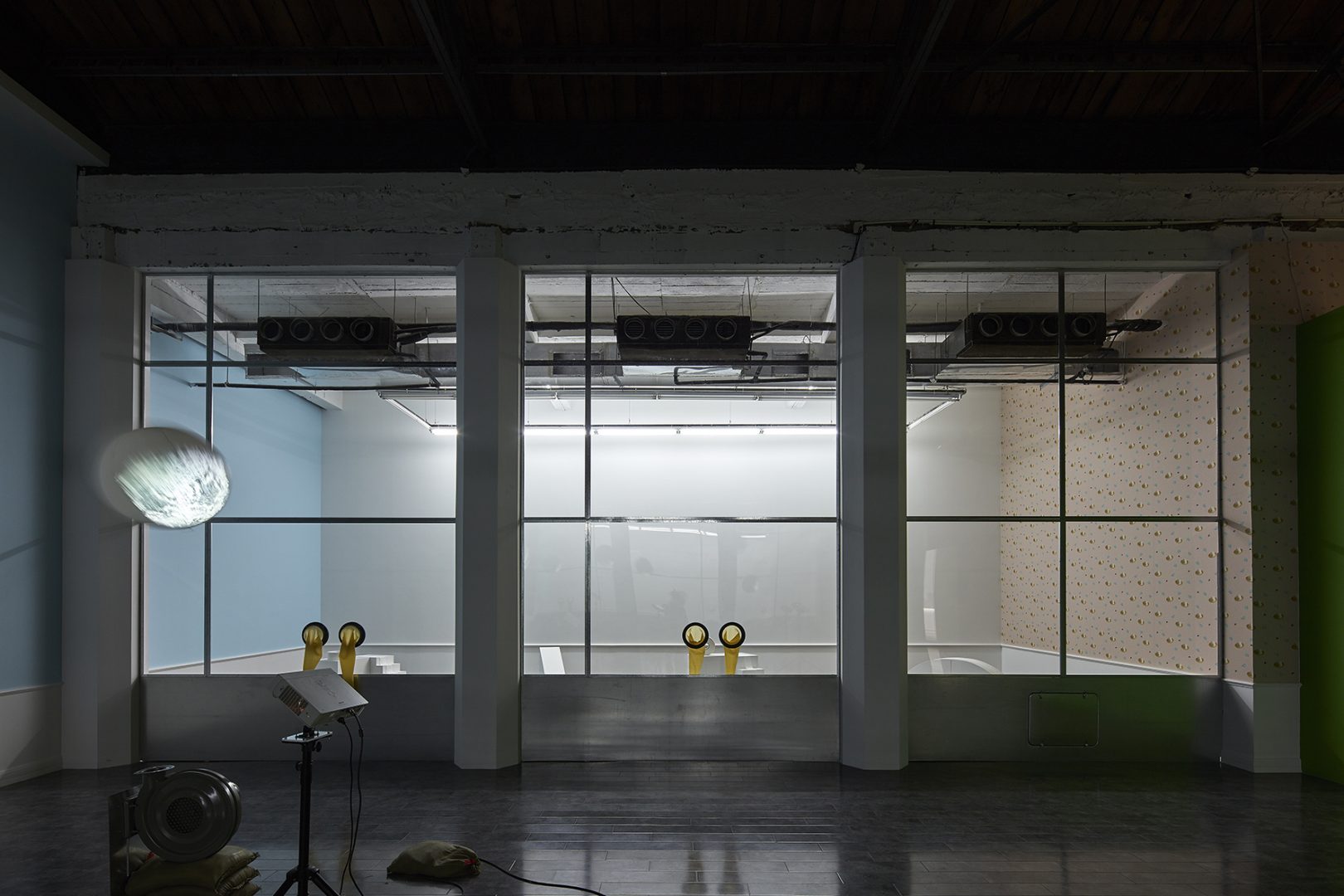 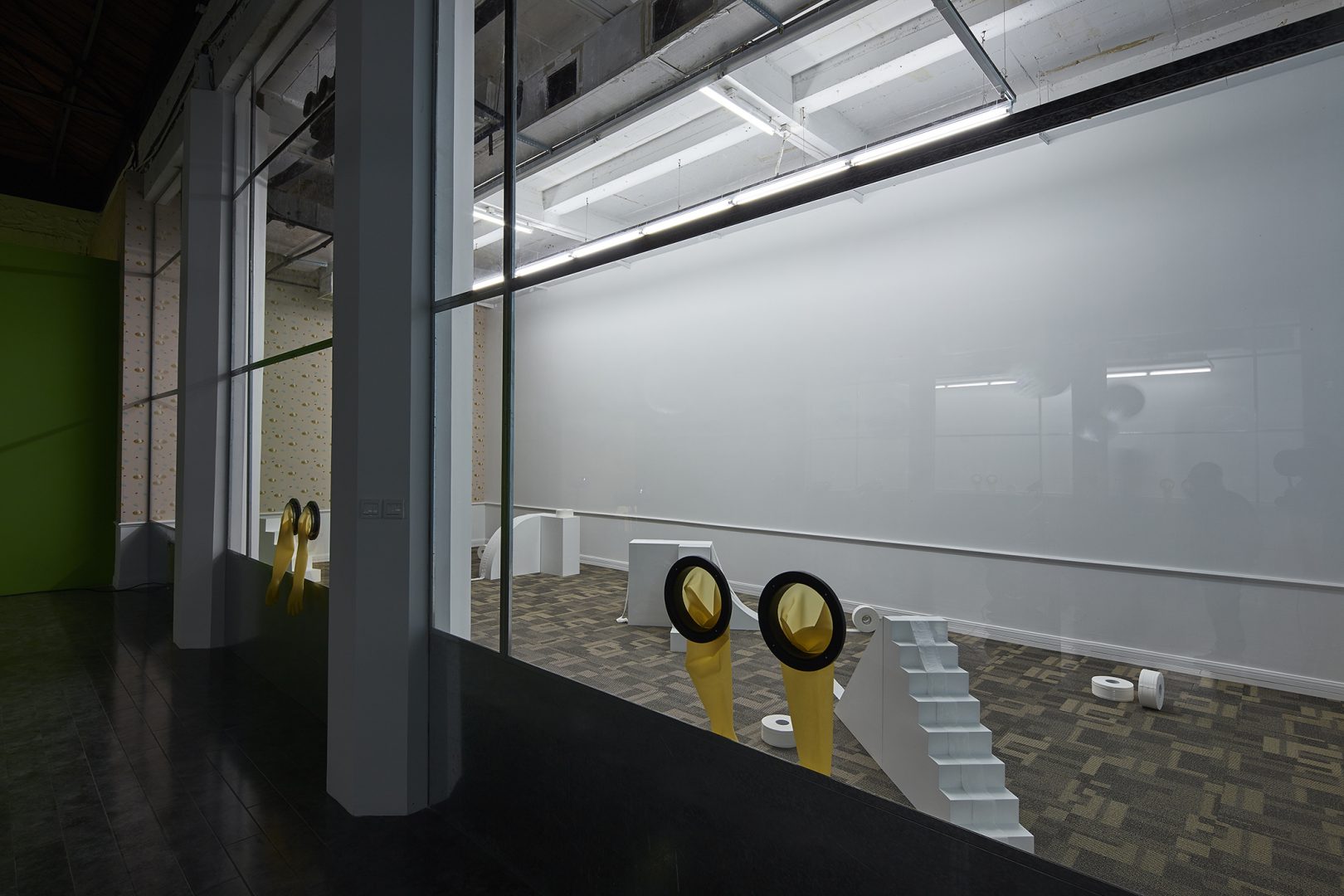 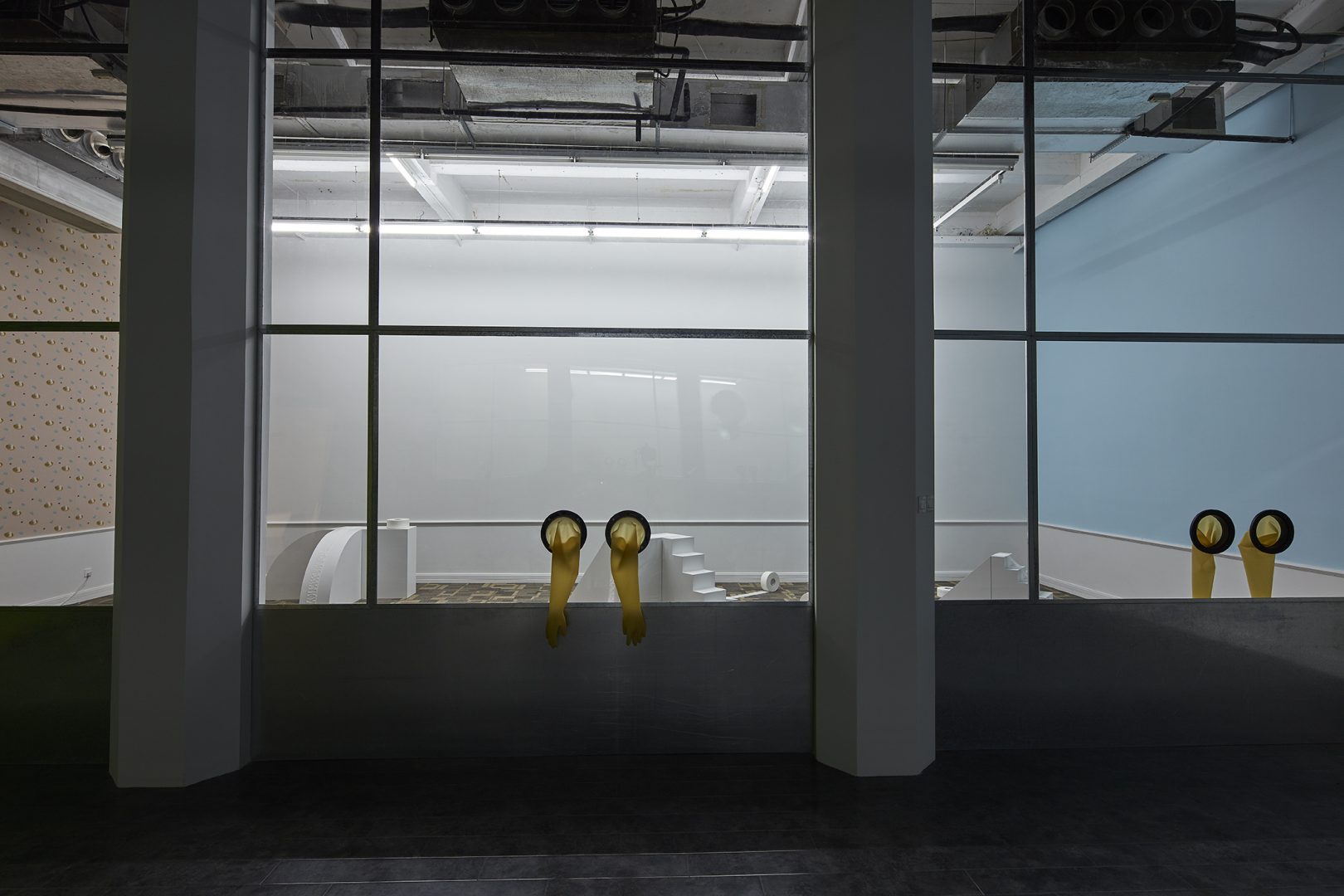 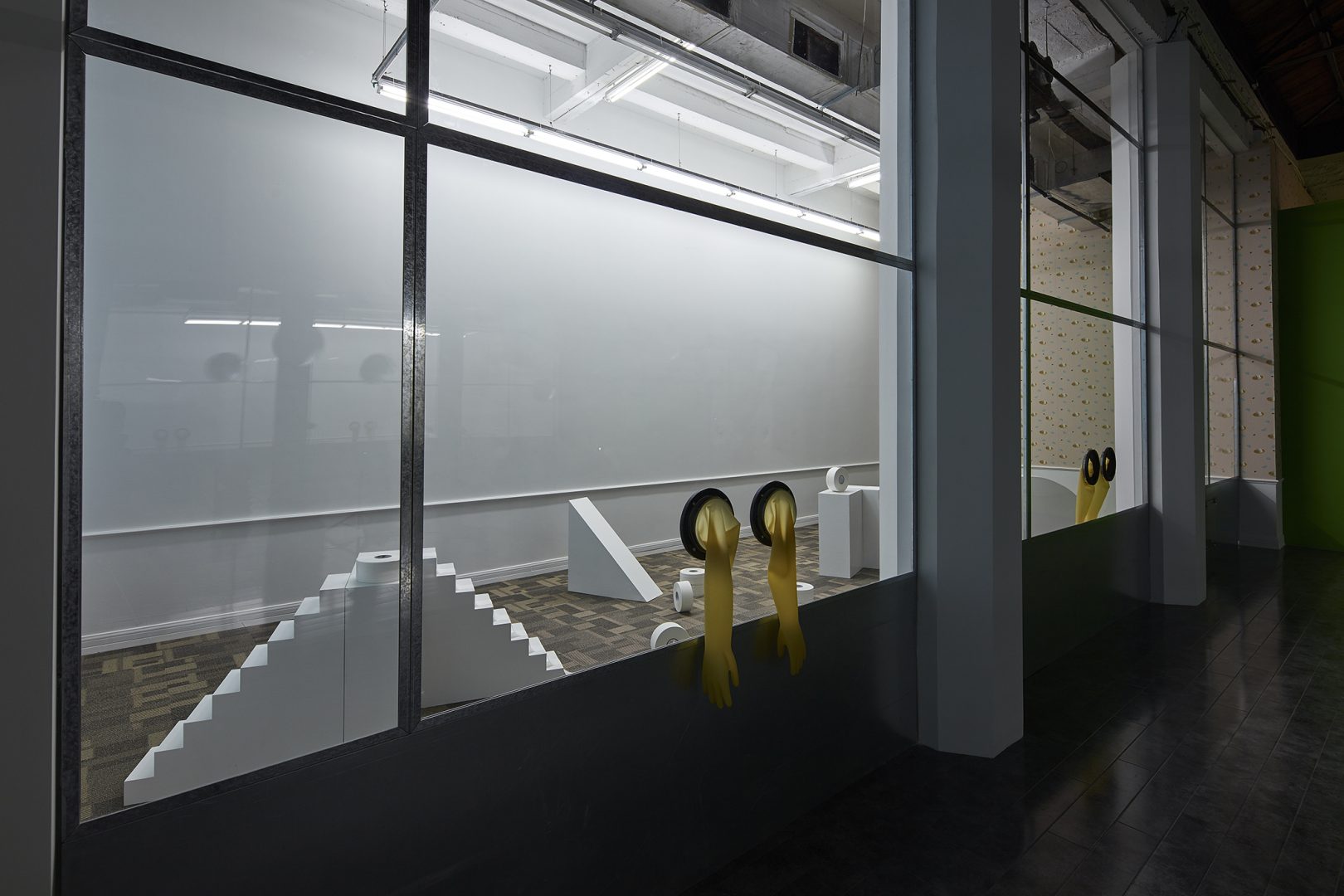 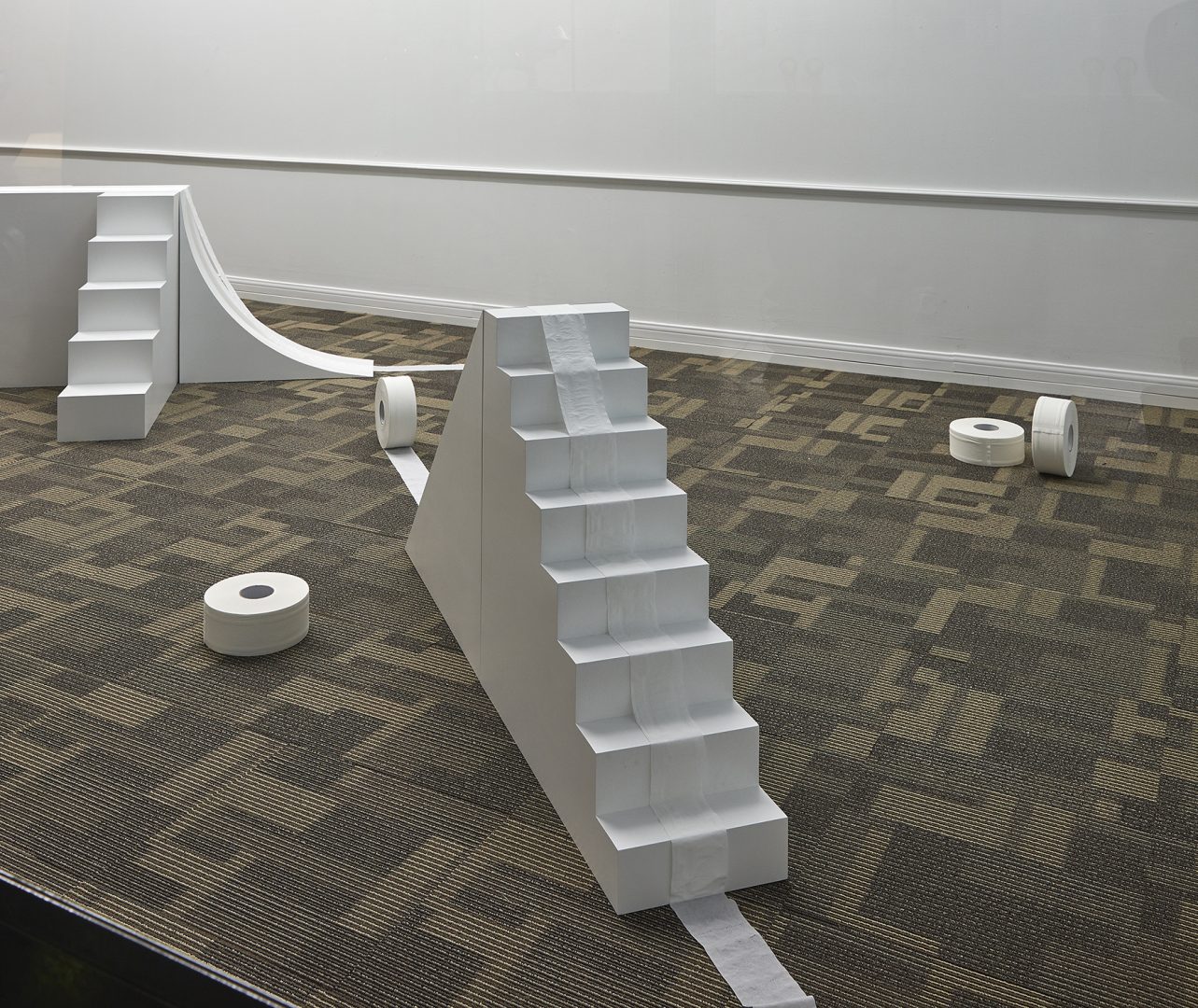 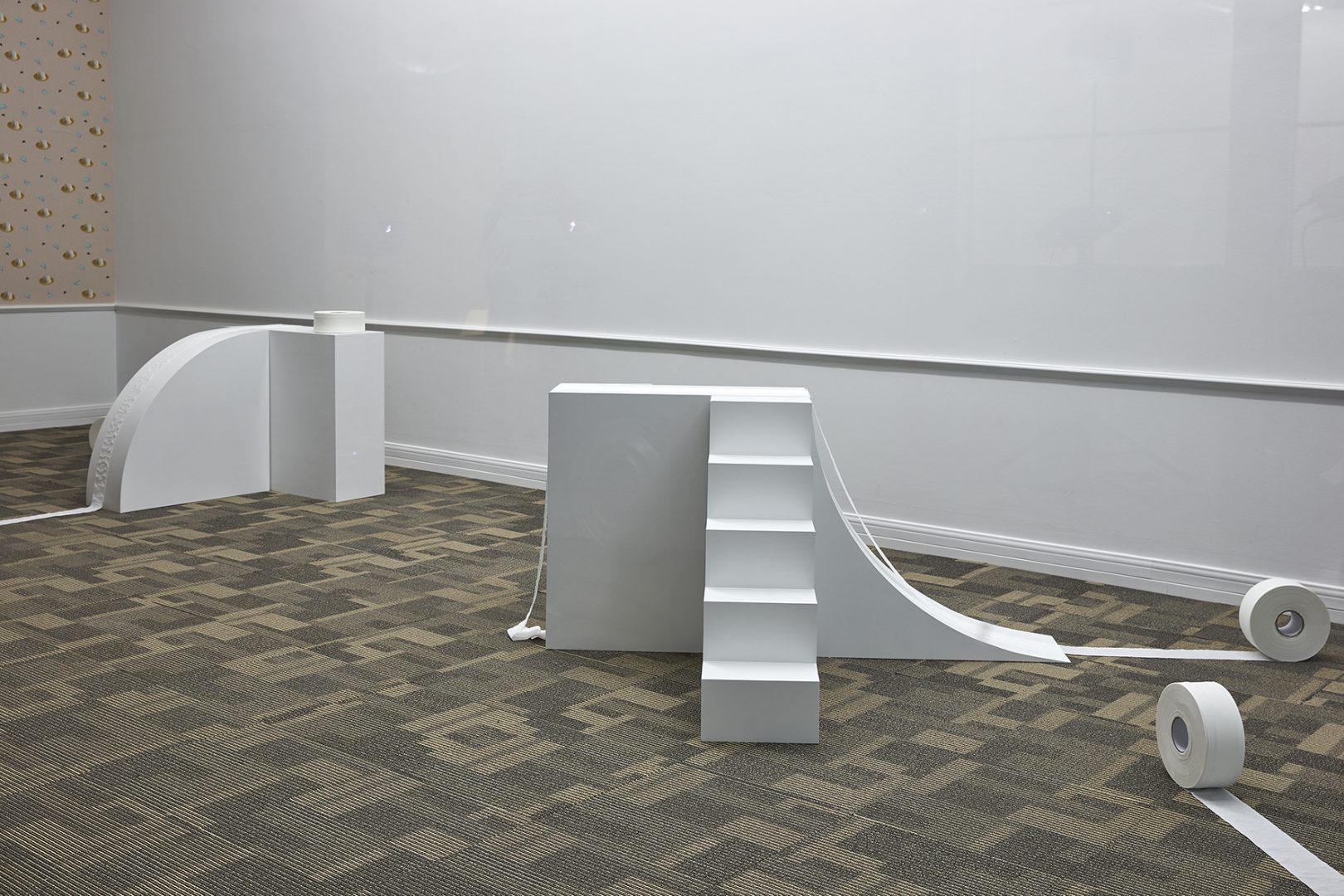 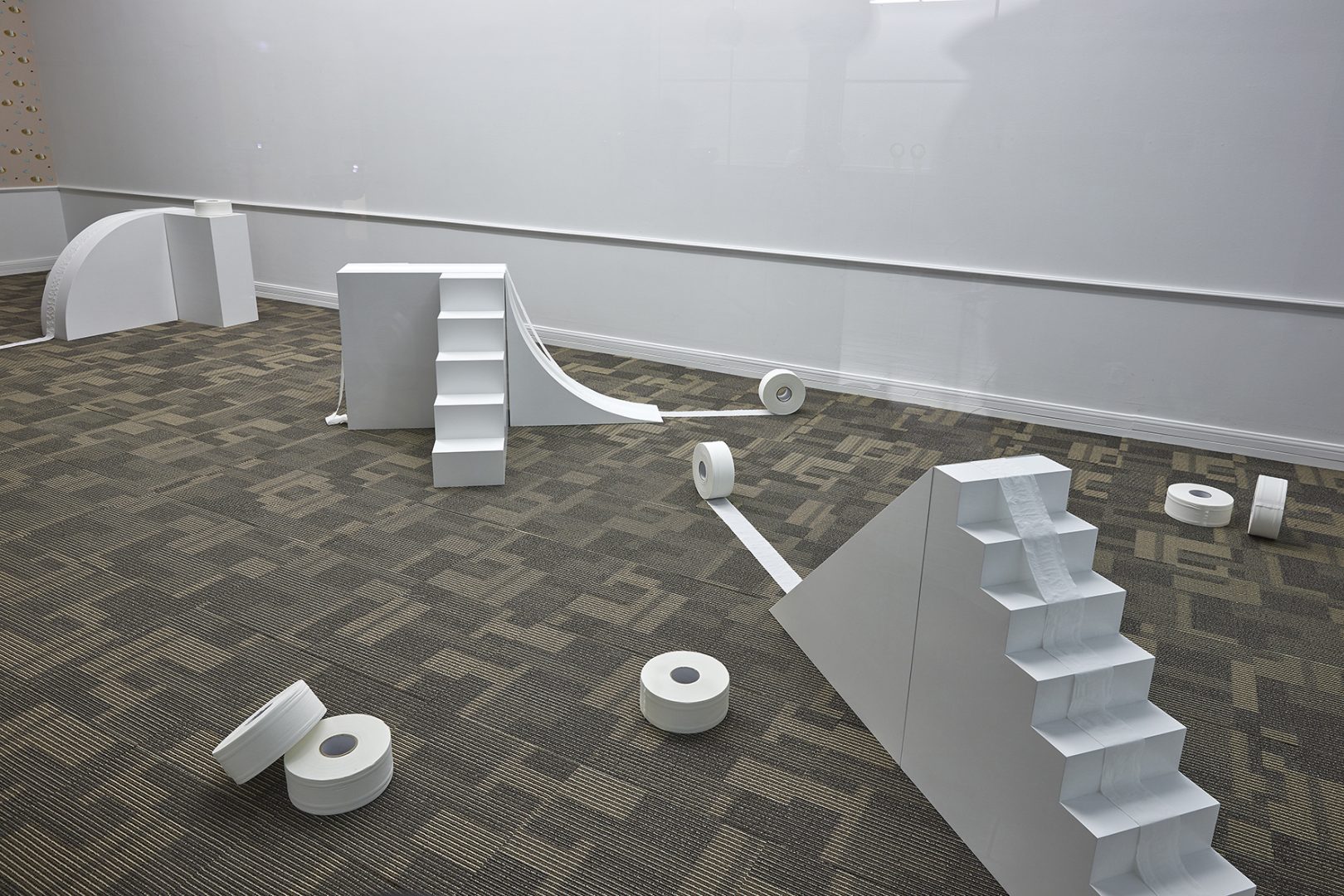 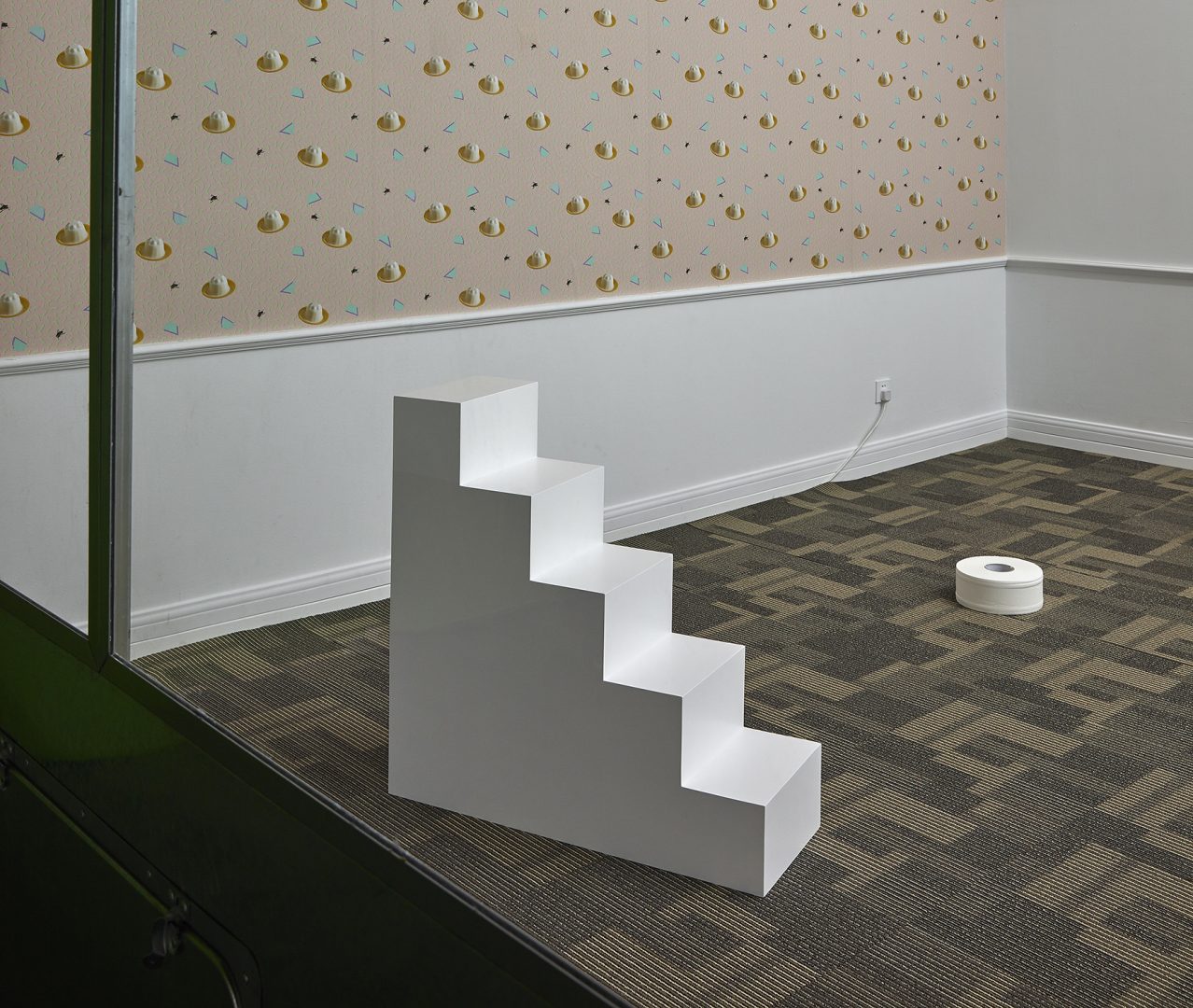