Antenna Space is delighted to announce Cheng Xinyi’s solo exhibition Seen Through Others will be open on March 23, 2022 at Lafayette Anticipations. The exhibition will last until May 28, 2022.

For Cheng’s first major institutional exhibition in France, the presentation brings together over thirty existing works from 2016 to 2021 spread across the whole building. Shown in unfamiliar groupings, they open up novel correlations and understandings within her oeuvre.

The exhibition starts with a sequence of interior and nocturnal situations, continuing upstairs to include works that progressively explore our metaphysical relationship to the world through animals and natural forces. On the top floor, Cheng’s latest tableaux of characters—humans and dogs outdoors — appear against the backdrop of the vast windows looking out over the skyline.

Beyond a false softness, these new works represent her reflection not only on what it means for us to co-exist with one another, but on what it means to be human. Through her coruscating colour treatments on canvas, Cheng offers her insights to a baffling world, revealing enigmatic images.

Ambivalence, that state of experiencing simultaneous but contradictory feelings, is an important key to Xinyi Cheng’s paintings. In her dialogue with nature, she attends to the awe and wonder that it brings about, embracing the variability of perspective. In Whirlpool, we glimpse a pair of feet just before they disappear into the eponymous swirl – but who is to know what’s on the other side? In Gust, a body falls, but is caught. The protective net that saves the naked figure from its descent might also be the bonds that restricts its act of total freedom. Such realizations leave behind a certain chill a psychological residue like the scattered ash of Campfire, itself a trace of the human presence that has been and gone. In the face of uncertainty, we are compelled to seek answers. Like the figures of Incroyable (En Route) – the otherworldly triplets who represent the past, present and future versions of the same character – our quest is one without clear coordinates, guided instead by the open road of possibility.

The constellation of subjects and scenes captured in Xinyi Cheng’s evocative paintings are drawn from her encounters. From a tiny dog called Monroe staring at a bone on a red carpet to a man in leopard-print boxer shorts on a sofa speaking on the phone, her works unravel complex emotions, desires, and dynamics that permeate contemporary life.

Cheng’s expressive use of light and colour help conjure feelings, reveries, and impulses that reside within our everyday experiences of being in the world. In an often enigmatic atmosphere of dreams and solitude, the characters depicted by the artist sound like unexpected tributes to the moderns such as Picasso, Toulouse-Lautrec, Degas or Caillebotte. 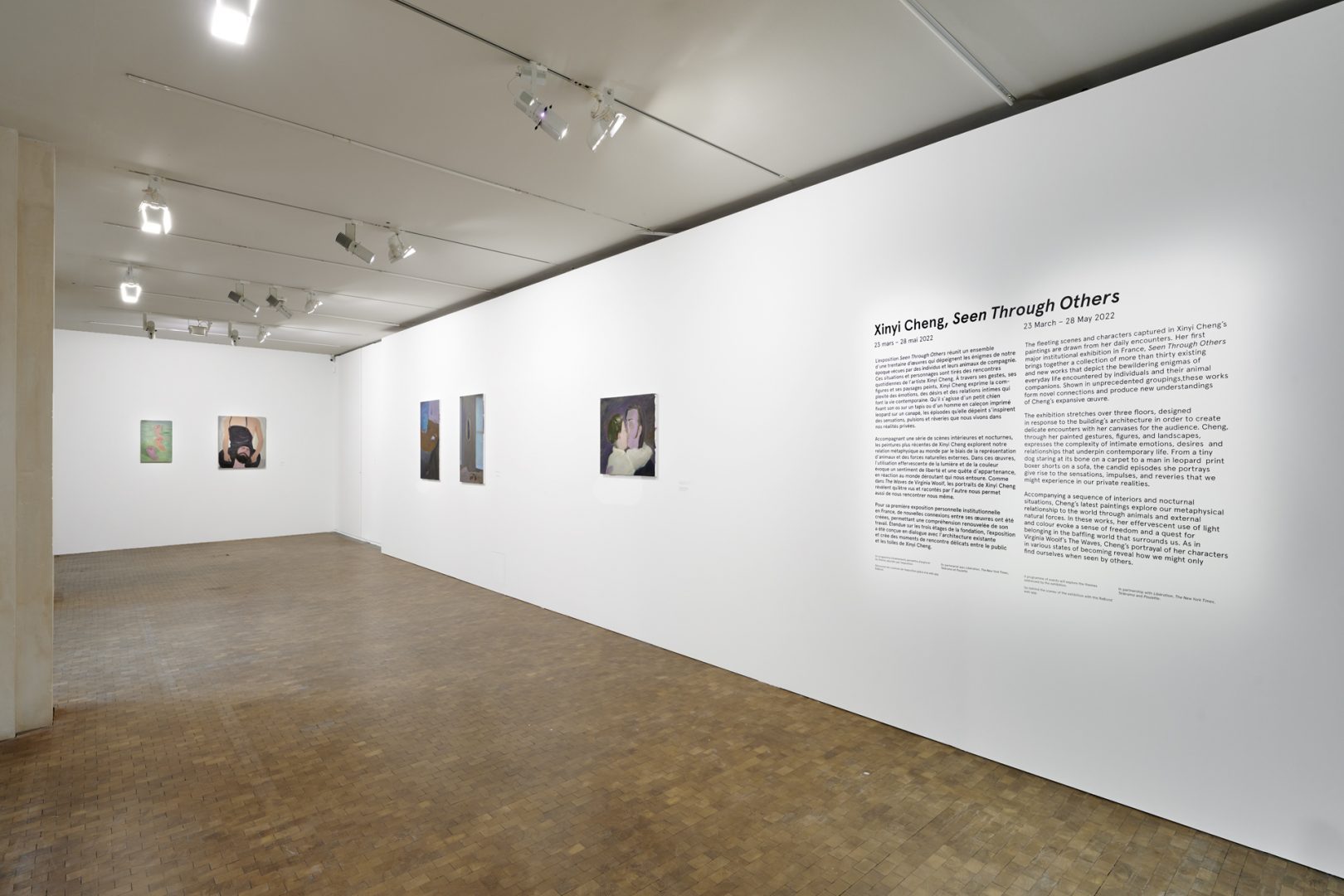 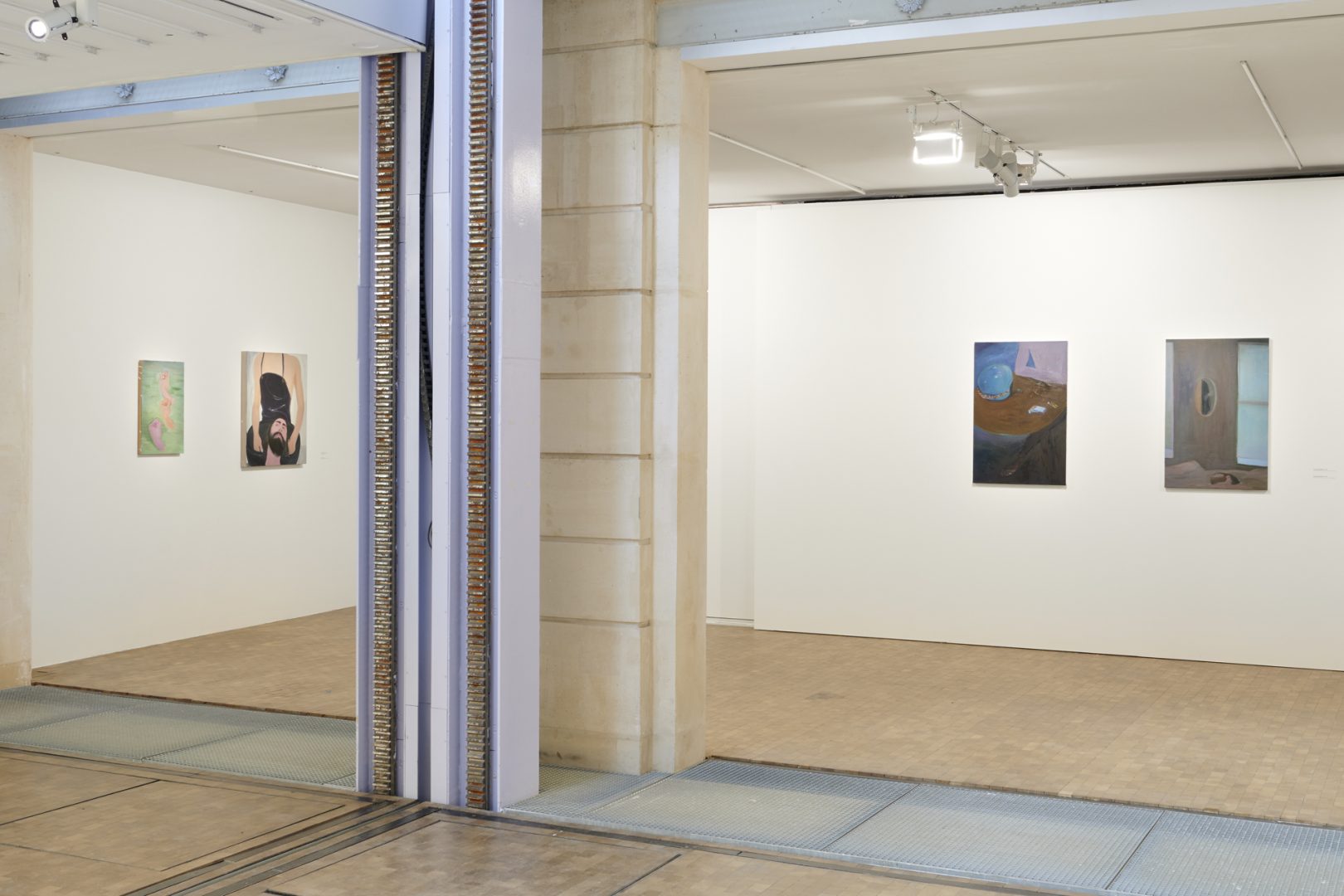 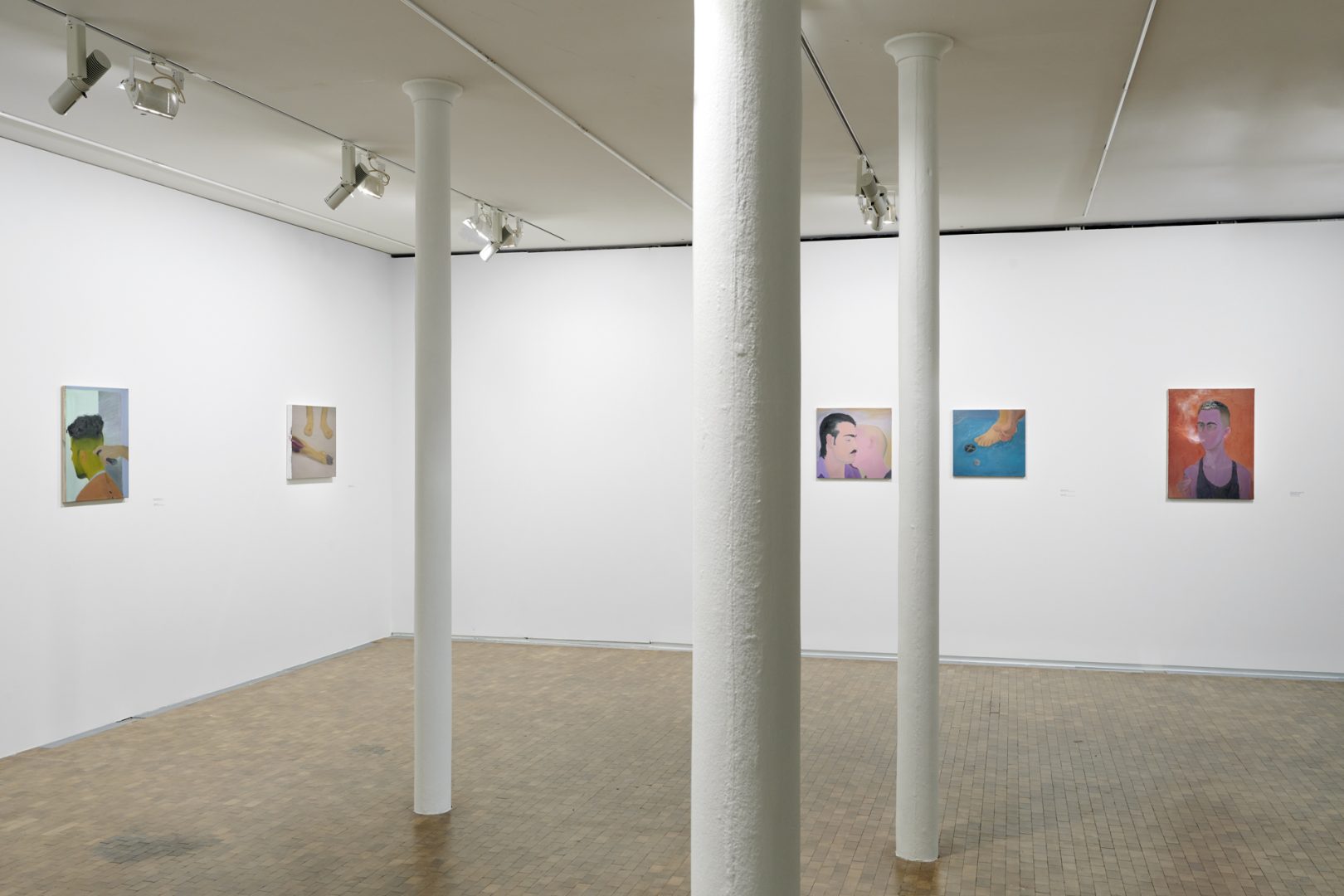 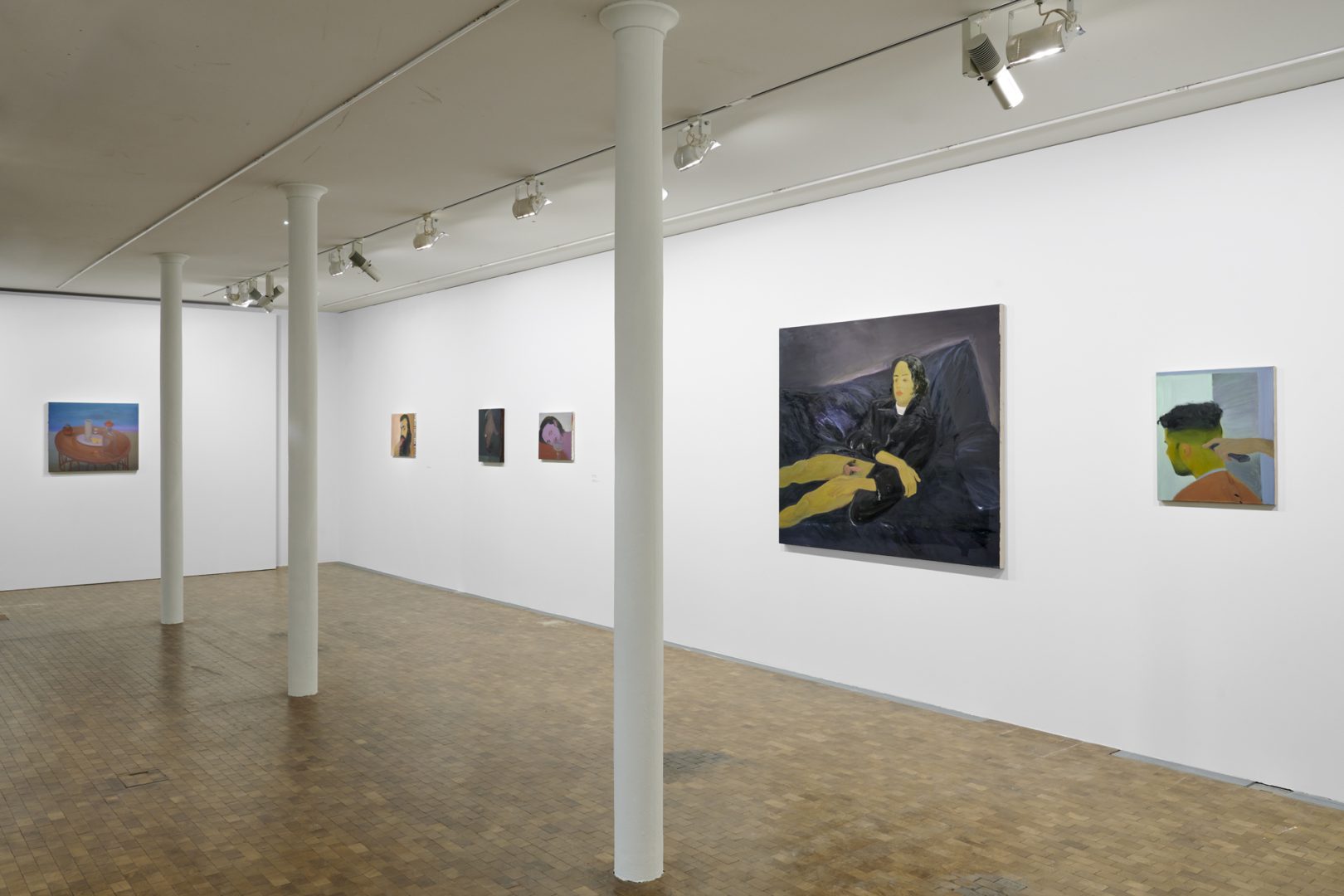 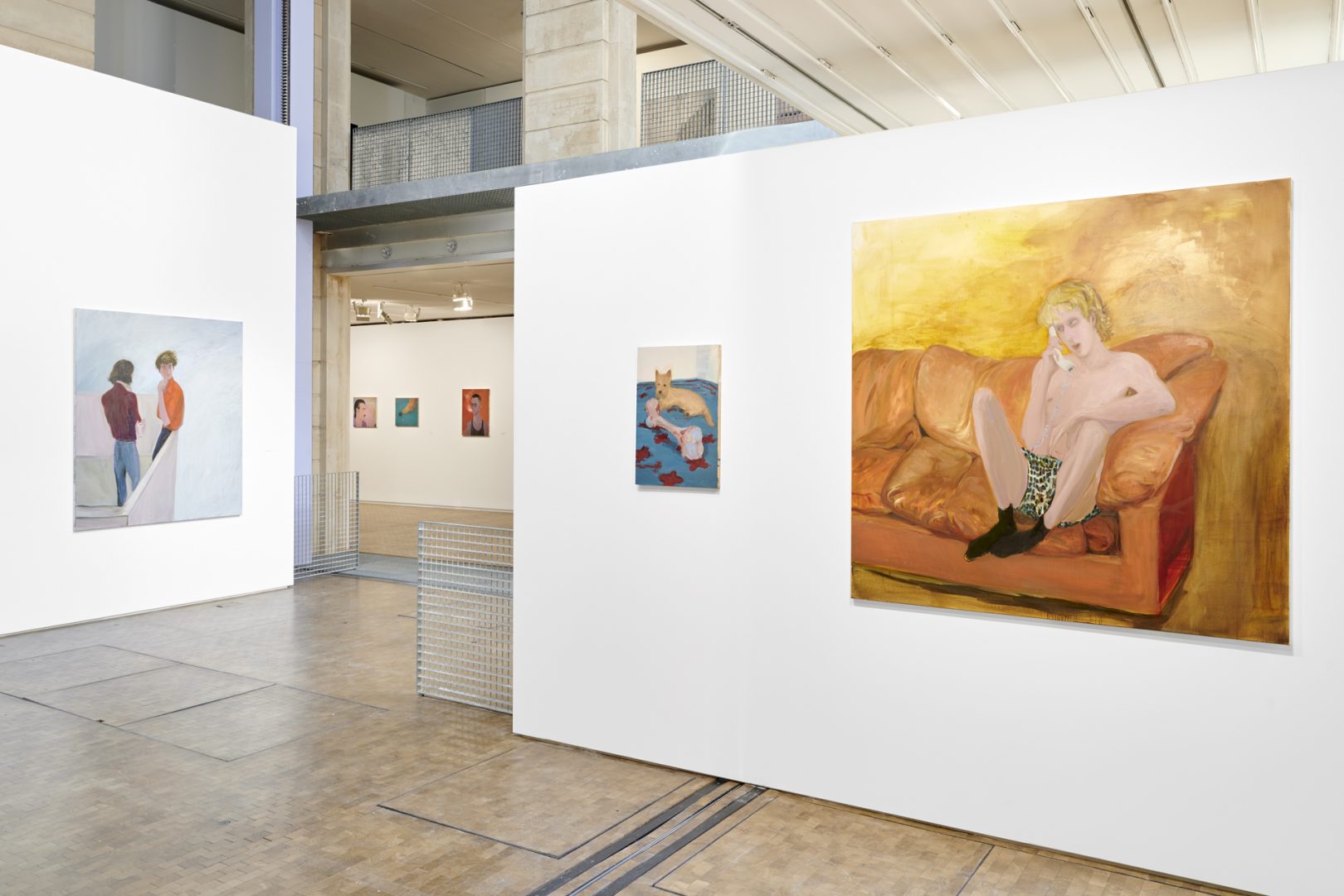 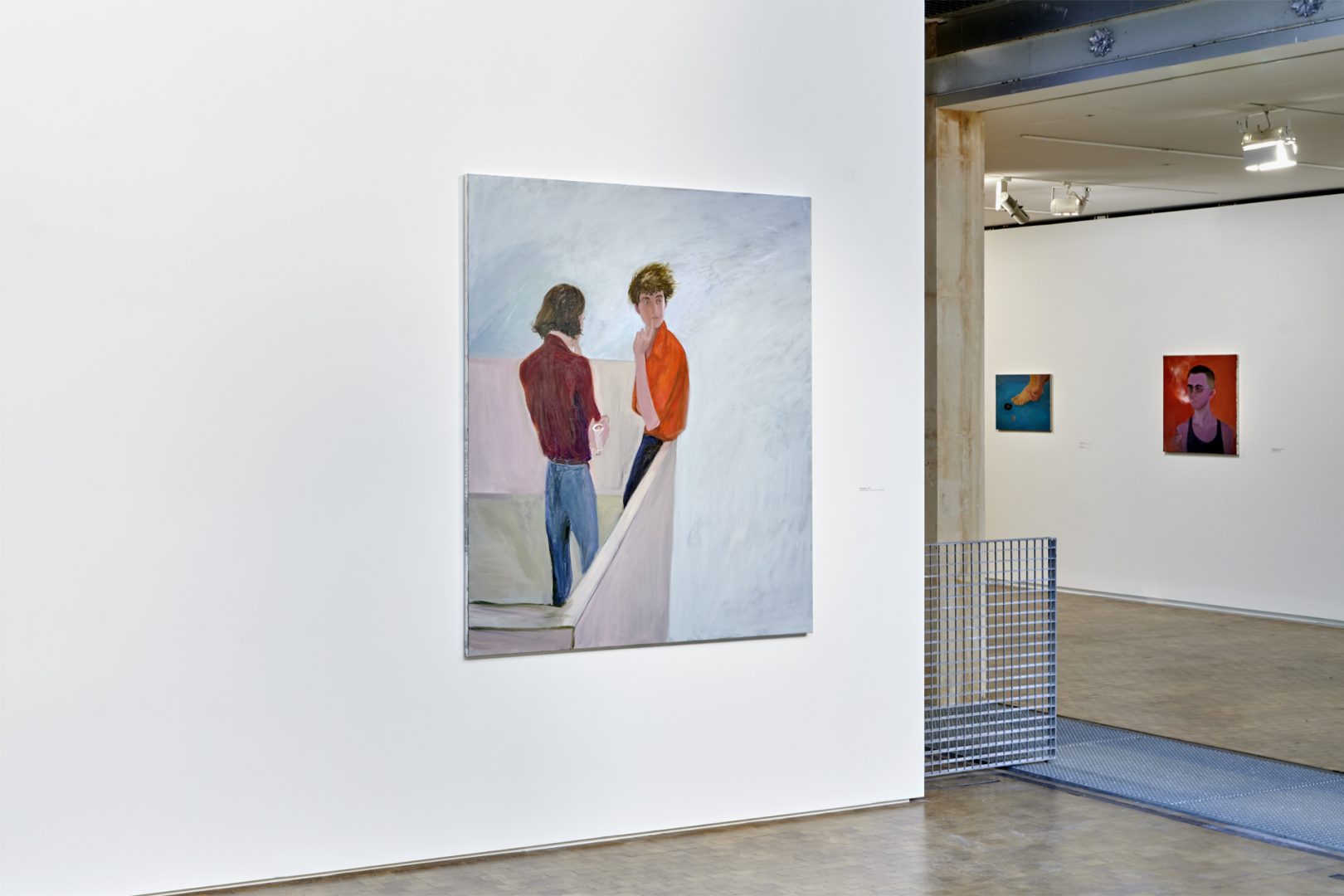 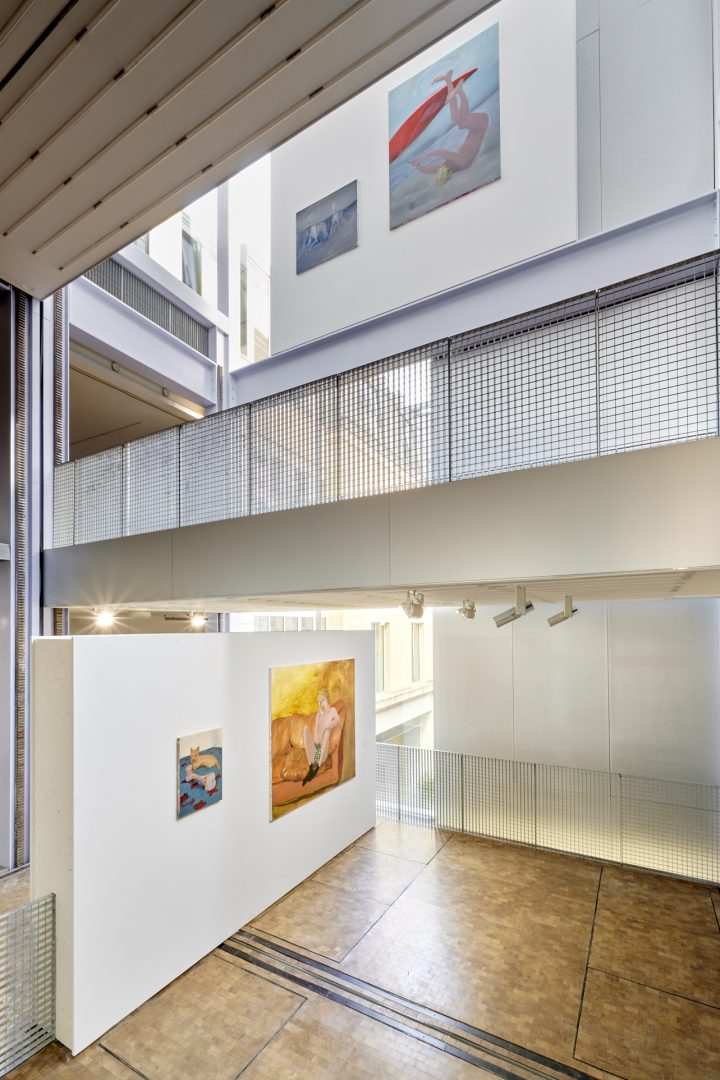 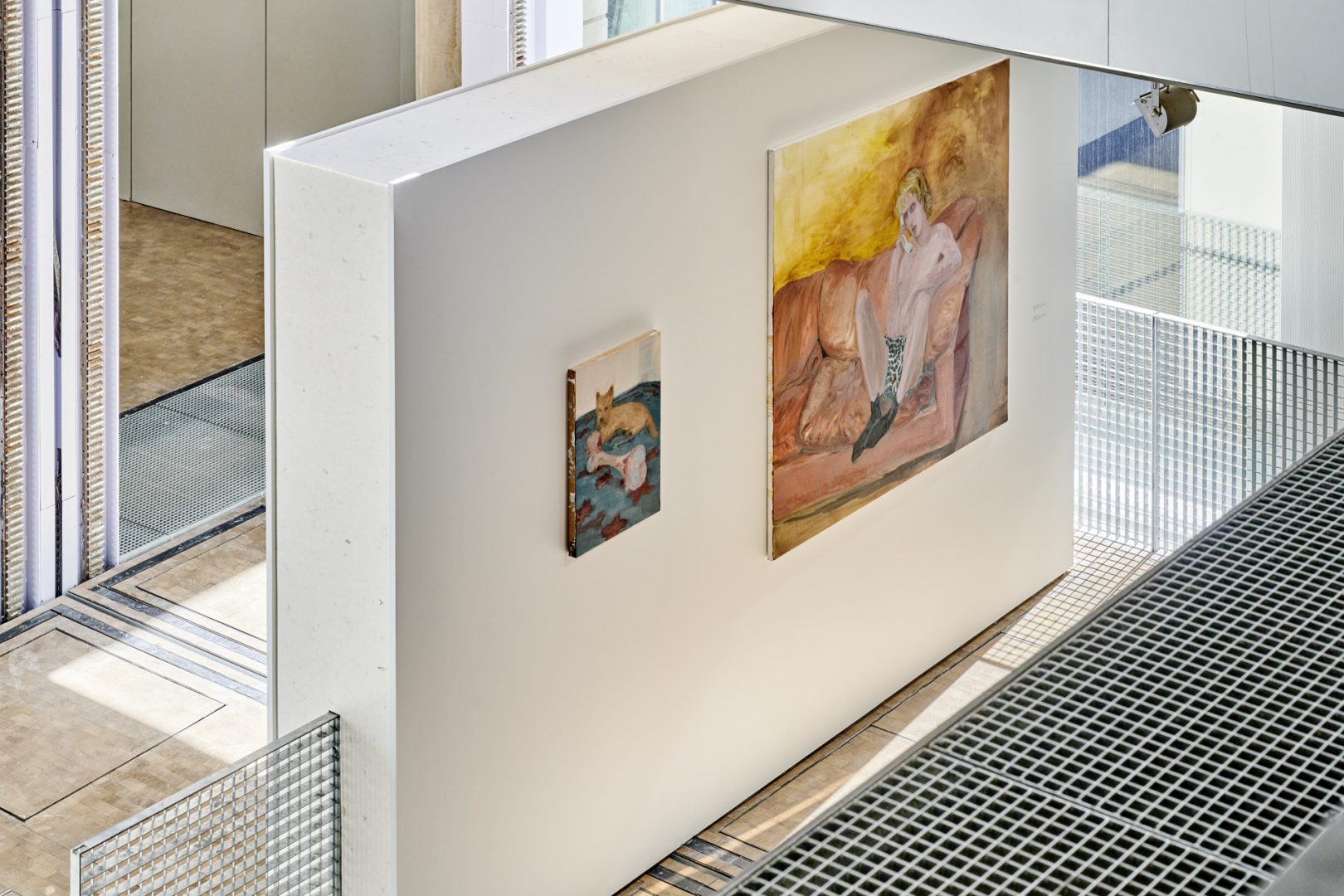 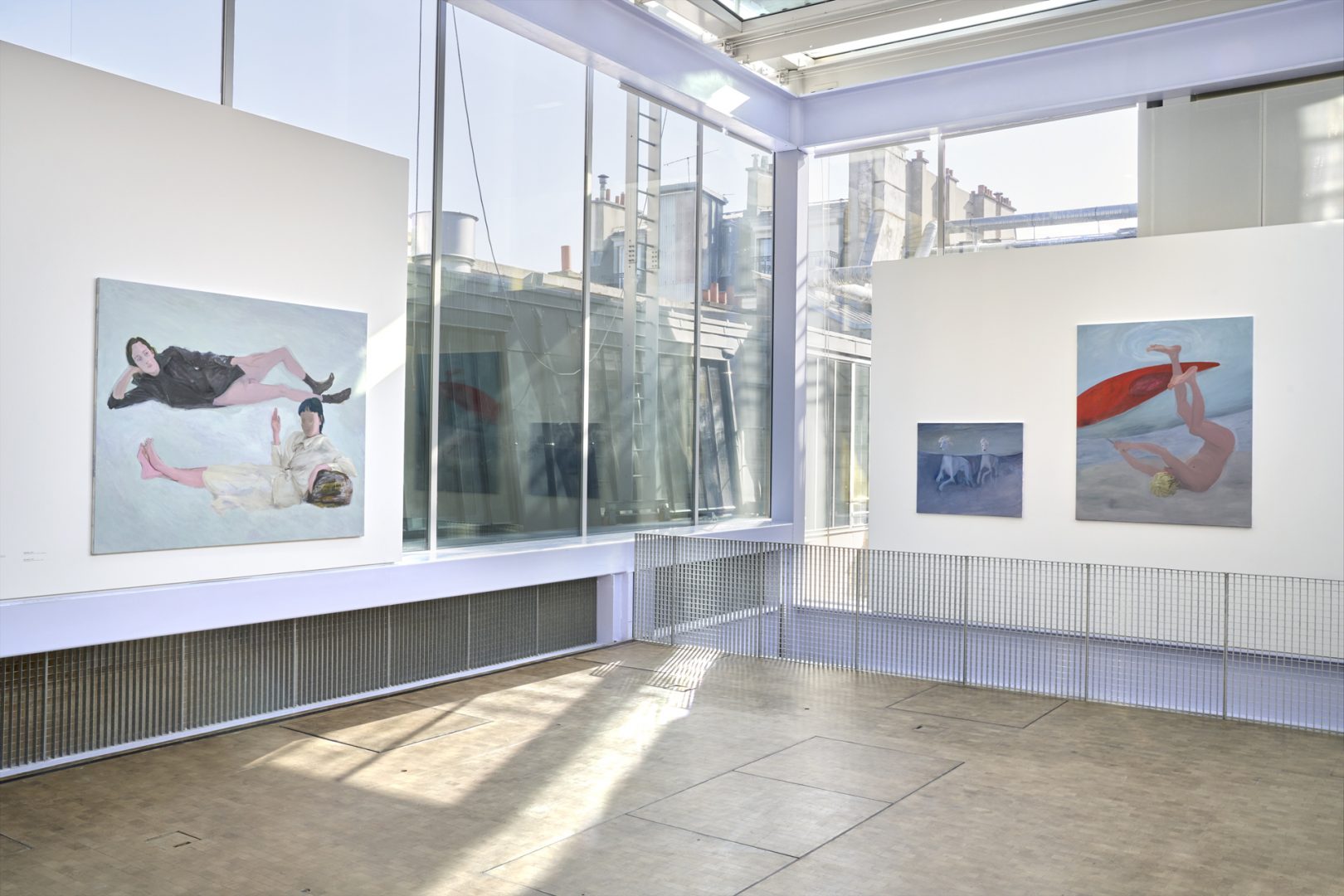 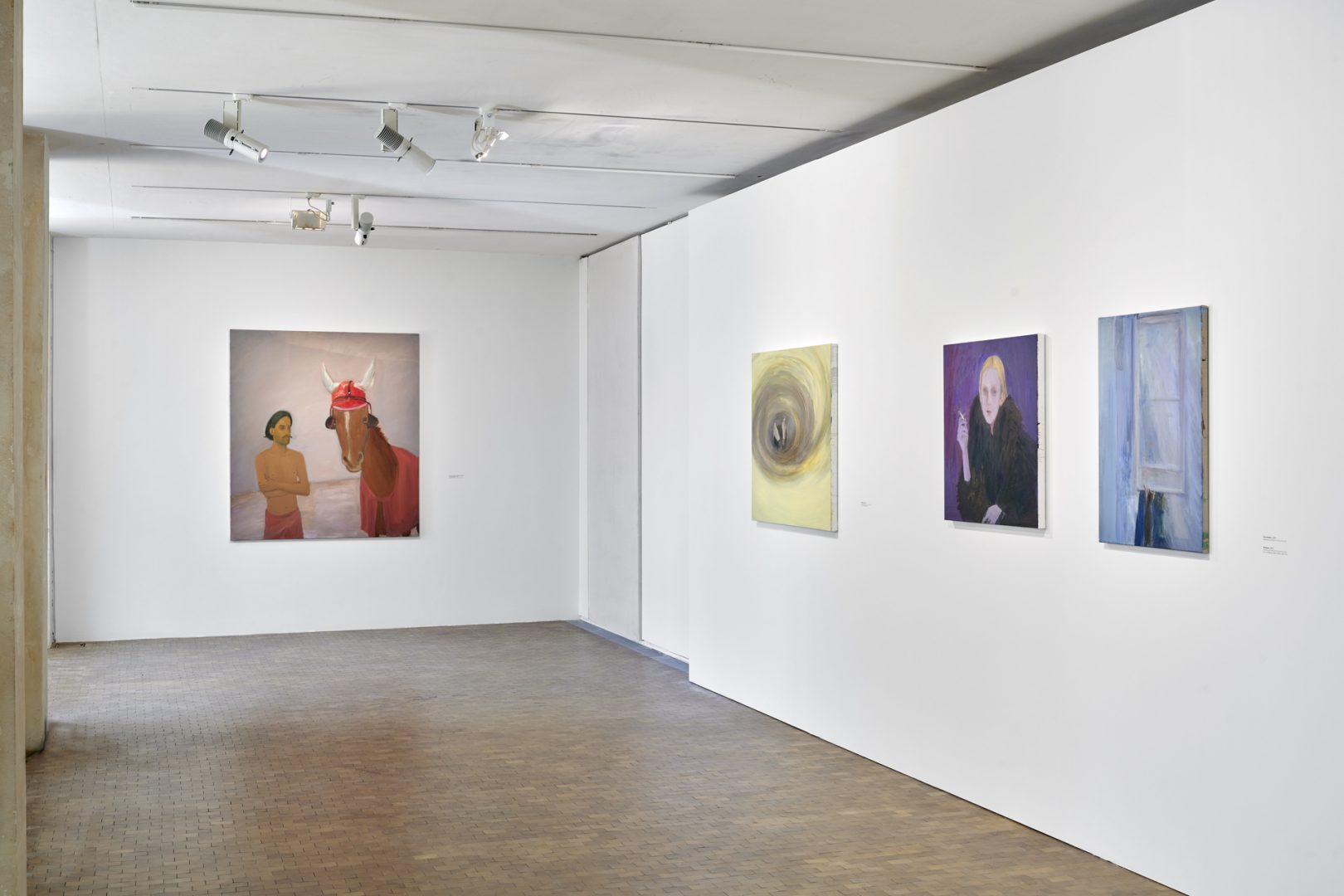 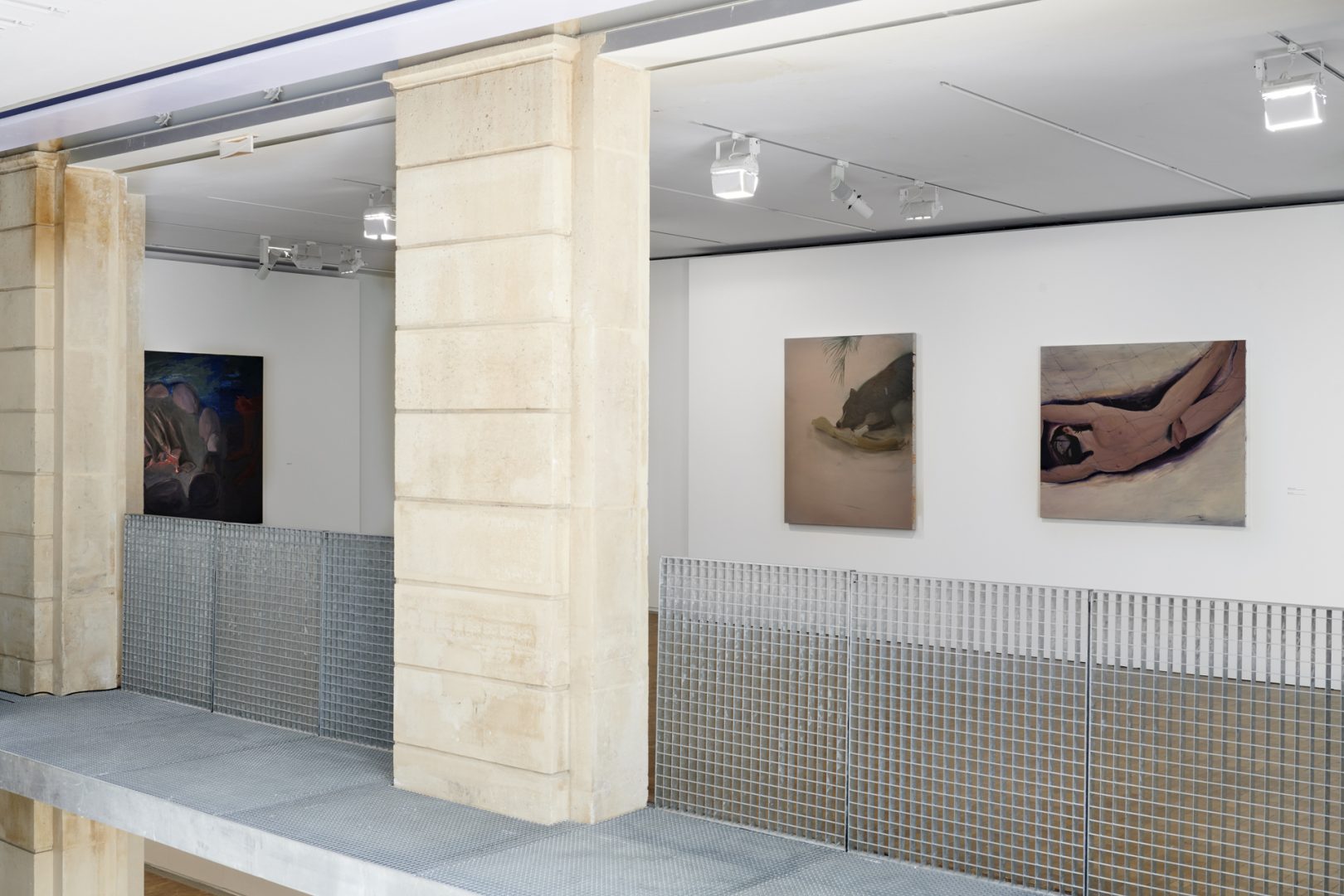 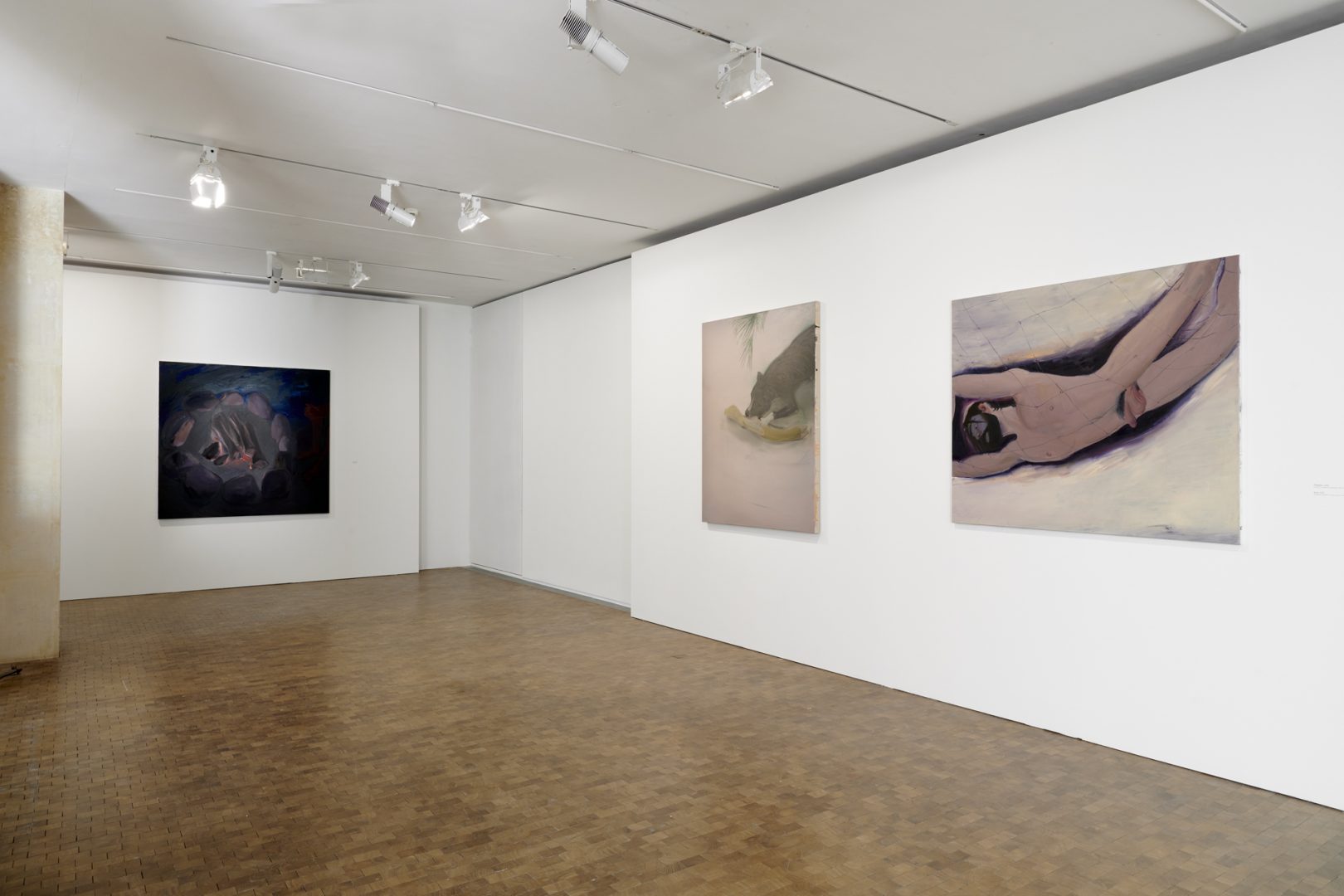 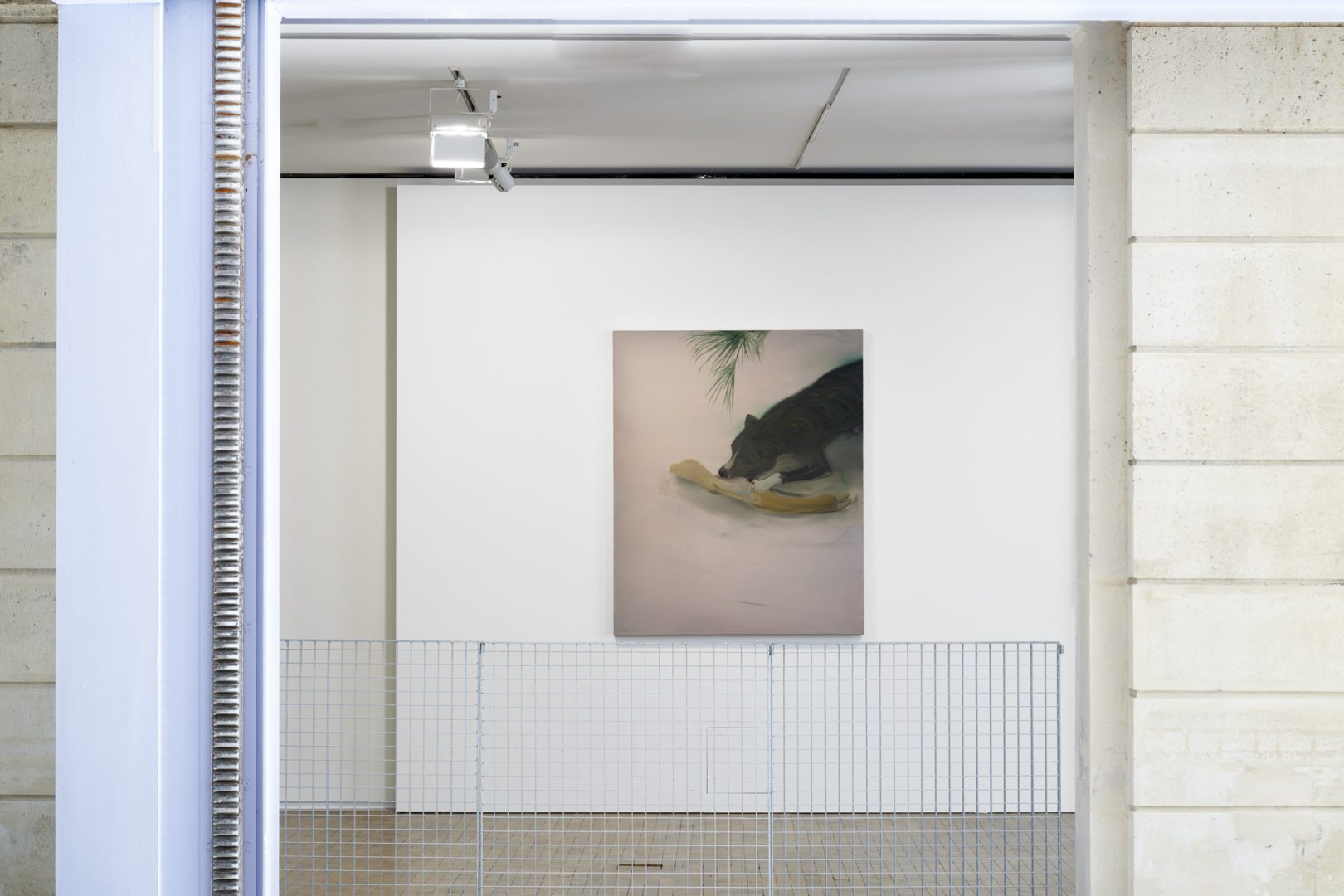